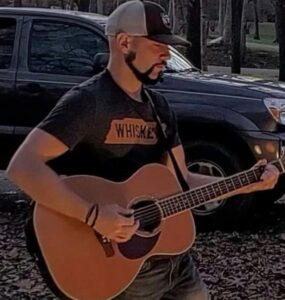 Today we’d like to introduce you to Chris Hollacheck.

Hi Chris, so excited to have you on the platform. So before we get into questions about your work-life, maybe you can bring our readers up to speed on your story and how you got to where you are today?
I was born and raised in New Bern, NC. I started playing music and acting at a very early age, however I didn’t start writing songs until my freshman year of college at UNC Wilmington and didn’t start performing country songs until after I graduated. After a year of performing and doing a solo acoustic tour around the southeast with a friend post college, I realized I needed to make the move to Nashville. I took that leap of faith and moved in 2014.

I spent two years in Nashville with not too much luck before landing a job that ended up taking me all over the US before sending me to Texas. It was there where my music really flourished. I quit that job and played the San Antonio and Central Texas scene for 2 years. However I didn’t quite make enough money from it to support living expenses, so I had to go back to that job that I quit 2 years prior.

I moved back to Nashville in 2019 with my old job and that was when I really started making moves with my music. I’ve released 5 singles since then, with a couple of them hitting a couple of radio charts. I hope to get to the point soon where I can make a full time living off of my music. But until then I’ll just keep writing and releasing music and keeping that momentum going!

I’m sure you wouldn’t say it’s been obstacle free, but so far would you say the journey have been a fairly smooth road?
Like any singer/songwriter, I’ve had to pay my dues. Even though I didn’t do it in the traditional way by playing the Nashville circuit, I still cut my teeth playing in the music scenes in Florida and Texas. My biggest struggle has been overcoming shyness, especially on stage. I’m still a little shy in person to this day, however I’ve learned to channel my energy into the present moment and put on a different persona when performing or conversing at a show. I’ve also had some big losses along the way, like my death of my mother and a few of my close childhood friends, as well as all my childhood homes. Even though these losses started off as a roadblock at first, I’ve learned to tell the story of these people and places through my music to keep some aspect of them alive.

Can you tell our readers more about what you do and what you think sets you apart from others?
I’m a country singer/songwriter. Even though I’m always trying to evolve “my sound,” I’d say my music is that sweet spot between new country and traditional country. I take the most pride in my lyrics, trying to tell a story in each of my songs. My biggest goal in songwriting is to be that voice that understands the listener when it seems like no one else does. That’s what country music did for me growing up and that’s how I want to pay it forward.

If we knew you growing up, how would we have described you?
Music and traveling have always been huge interests of mine. I played cello and knew all the US states and their capitals at age 3! I also sang, played piano, trumpet, baritone/euphonium, and bass guitar throughout my childhood. However, I struggled with shyness throughout my childhood as well as into my early adulthood, which I felt held me back from a lot of opportunities. But despite the shyness, my creative side really showed itself through performing music, singing/acting in community theater in my hometown, and even in a little art/drawing. 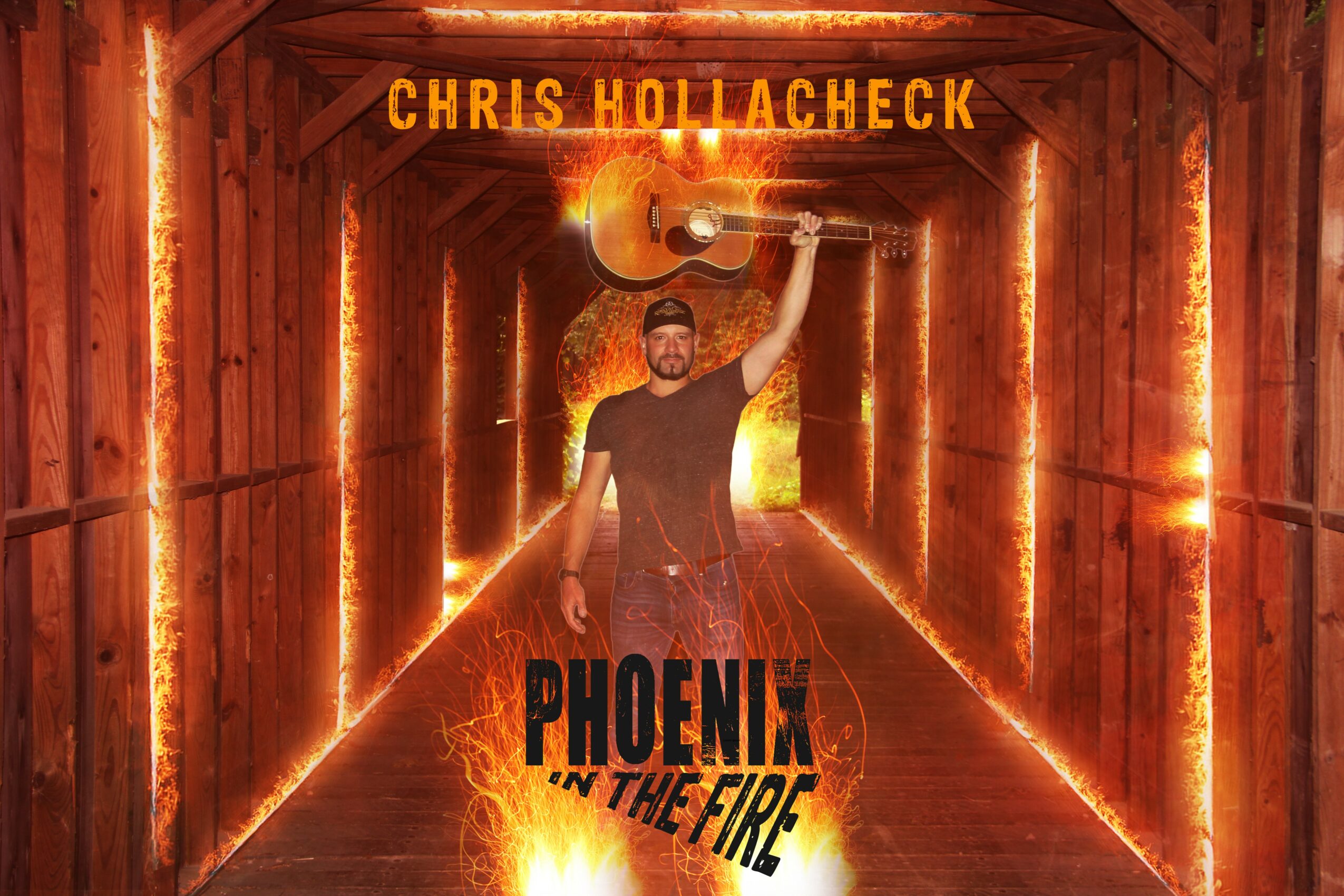 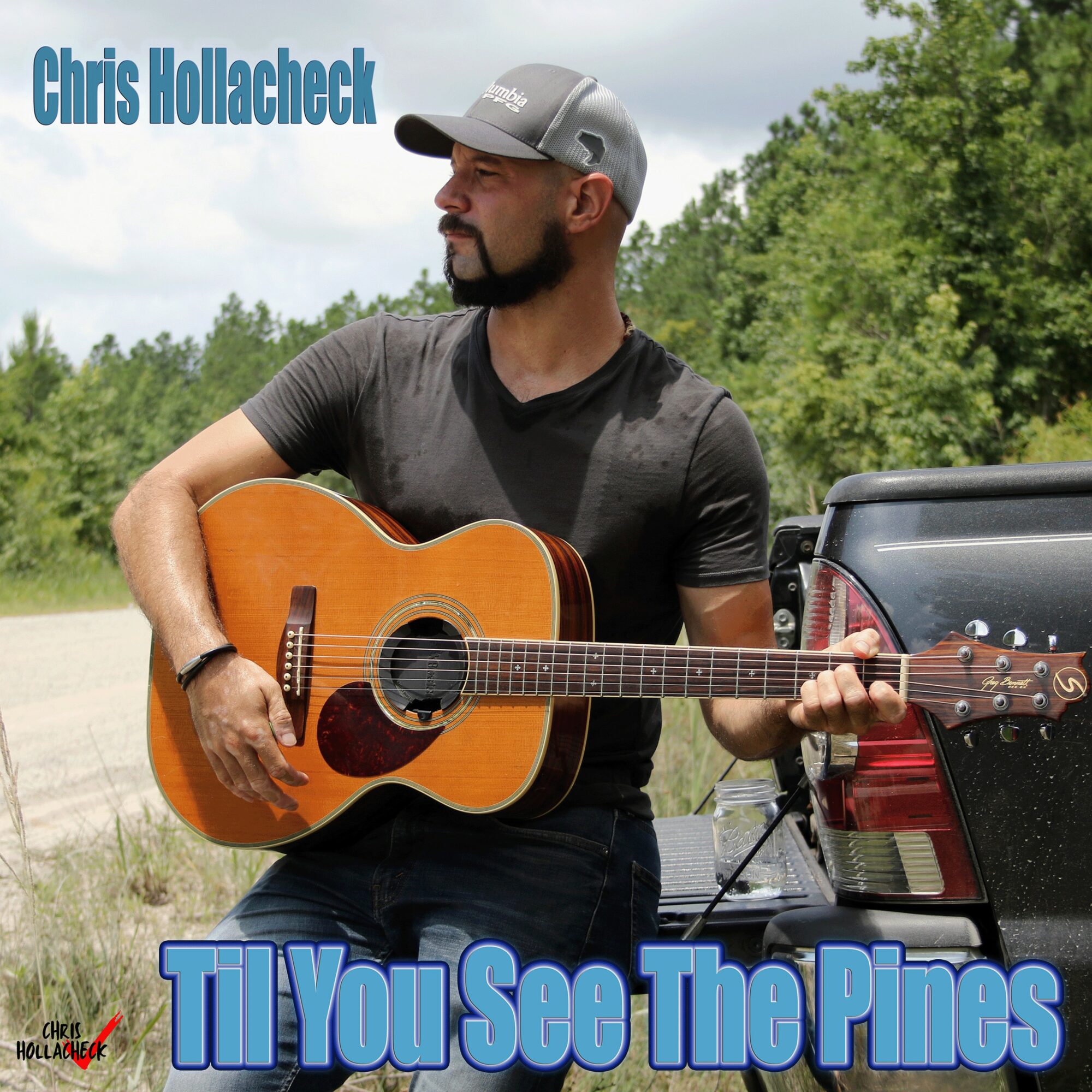 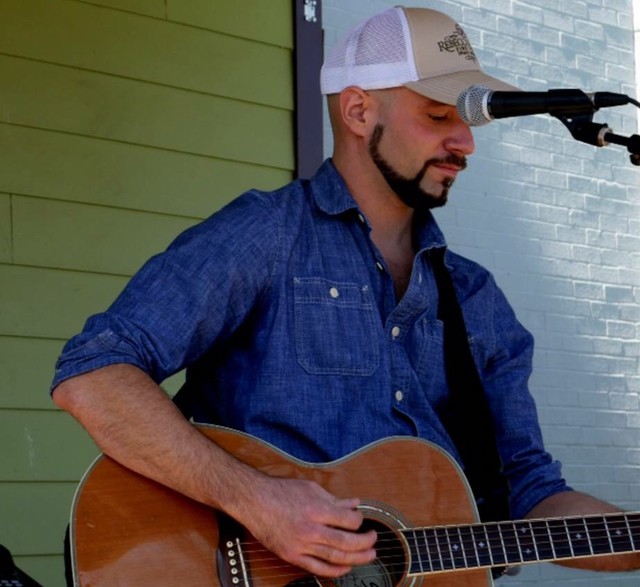 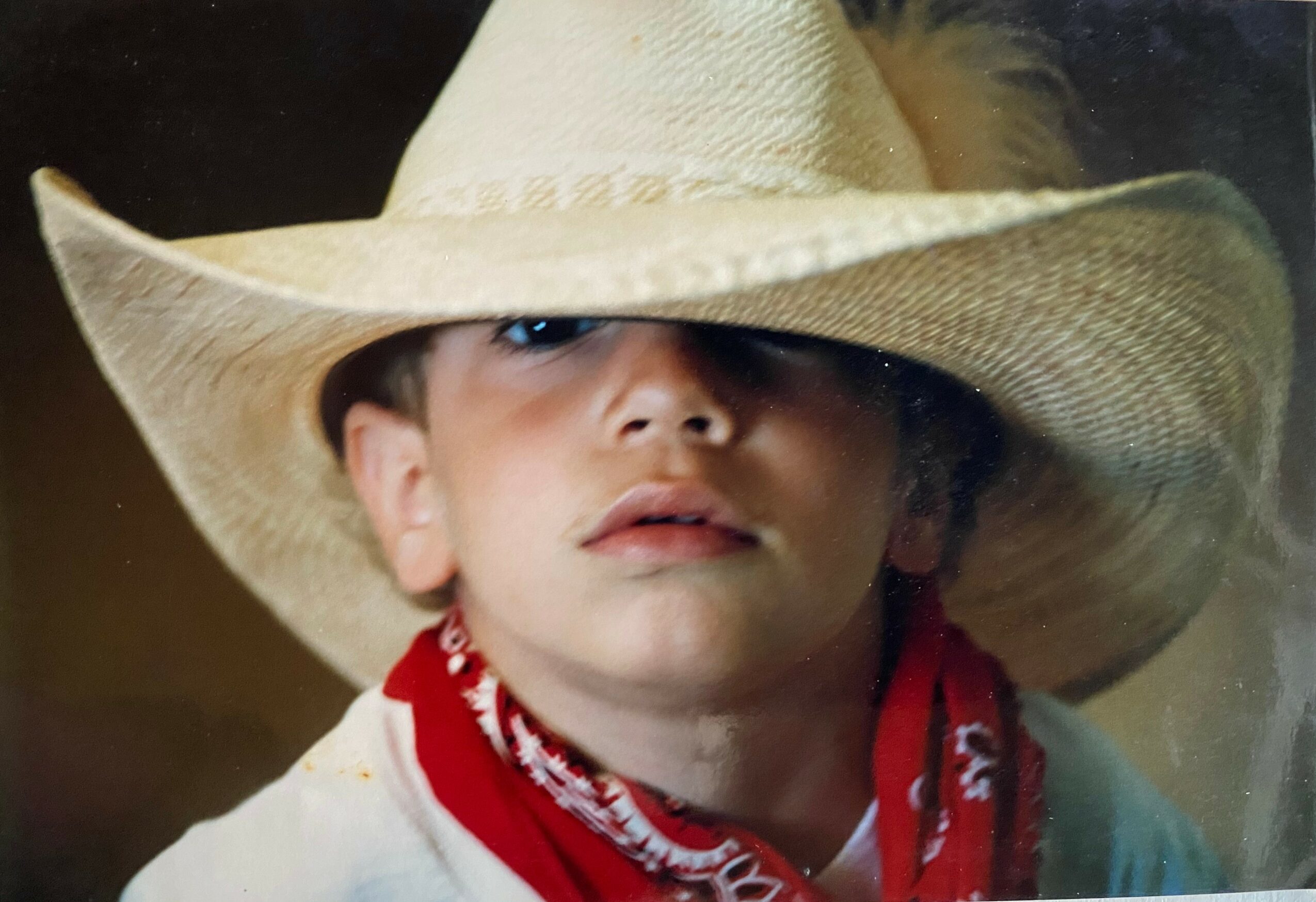 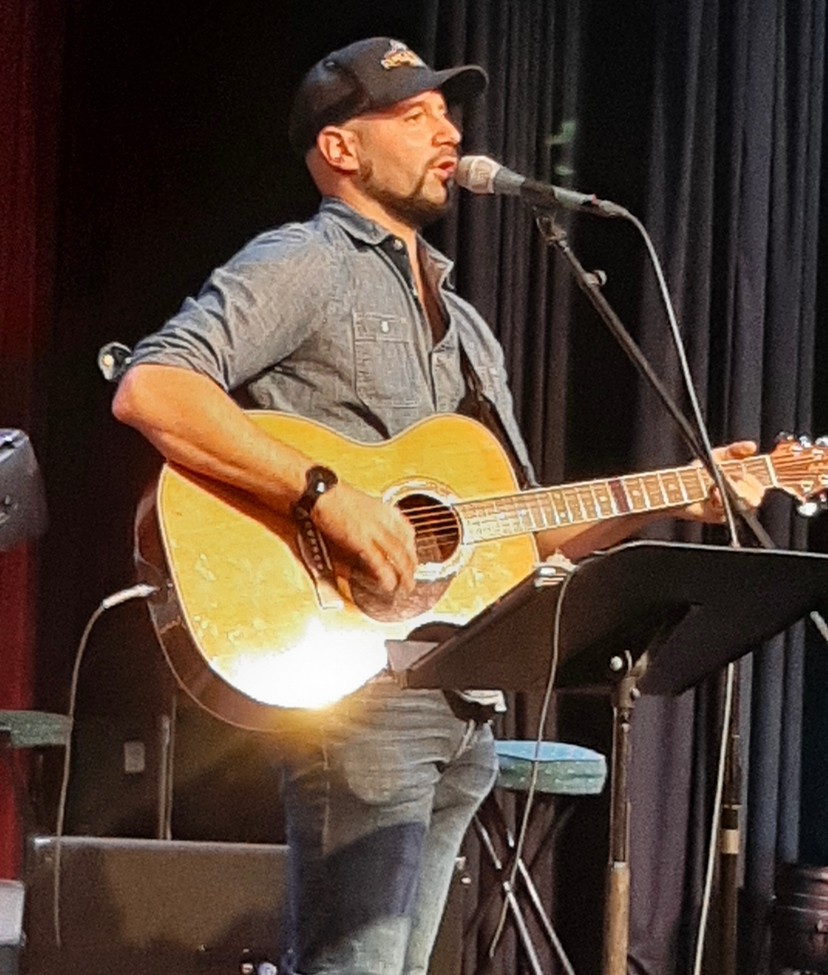 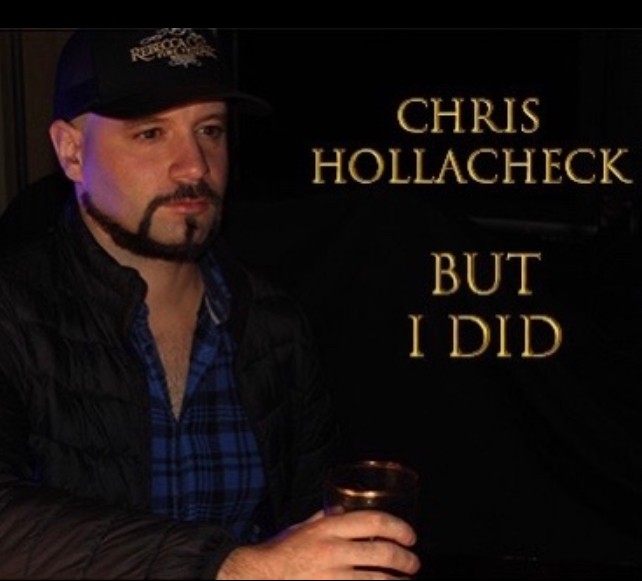 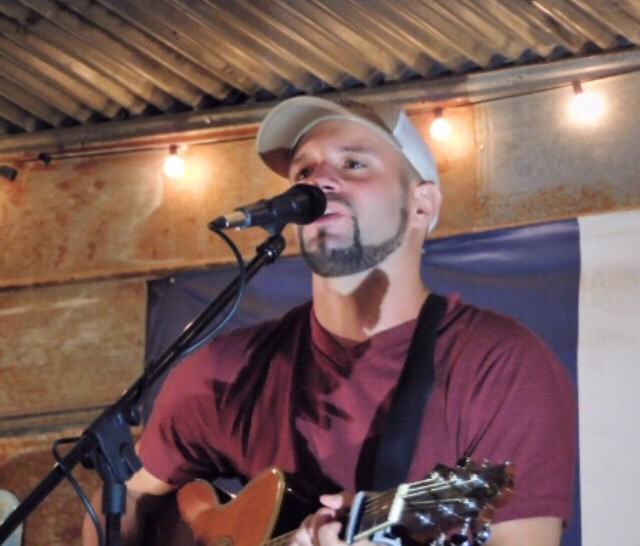 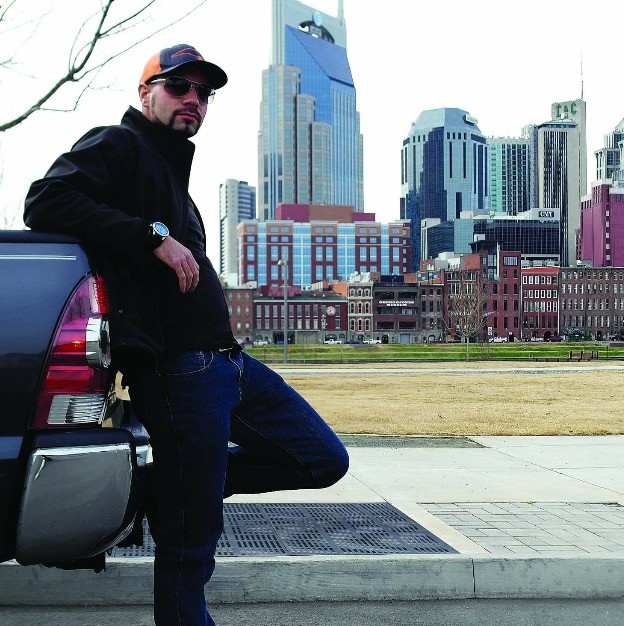