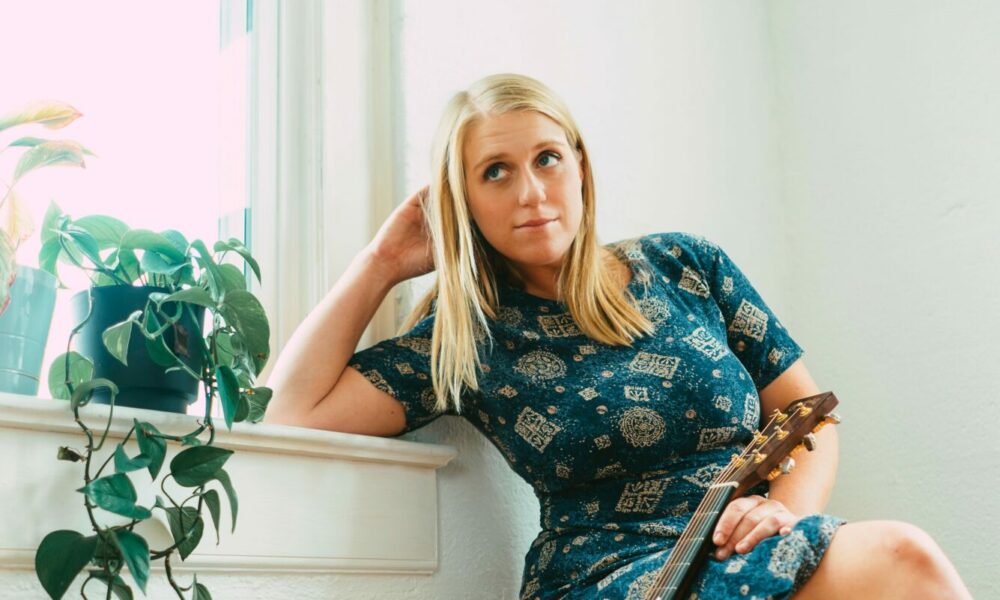 Today we’d like to introduce you to Erinn Peet Lukes.

Hi Erinn, so excited to have you on the platform. So, before we get into questions about your work-life, maybe you can bring our readers up to speed on your story and how you got to where you are today?
My name is Erinn Peet Lukes. I was raised in Redondo Beach, CA, the middle of three sisters. Growing up in the 90’s I was always listening to music, alt-rock on the radio, MTV in the afternoon, Vh1’s behind the music, and the global obsession with pop stars all influence the music I make today. I picked up a guitar with my friend in middle school and haven’t put it down since. I started writing songs and recording them on Garageband. I went to college in Seattle and cut my teeth playing open mics and busking at Pike Place Market. I graduated in three years and promptly moved to New York City to fulfill my West Village Bob Dylan folk dreams. It wasn’t exactly like I had expected, and I ran from one part-time job to another, busking in subway stations and in central park. It never amounted to enough money and I was broke for two years there.

Then a friend from Seattle convinced me to move to Golden, CO in 2013 to start a bluegrass band. I visited Golden and the charm of the small town tucked in the Rocky Mountain Foothills and the free beer flowing to bluegrass pickers at the brewery was enough. I packed my bags and moved. Me and my friend formed the band Thunder and Rain. I started out working at a daycare but soon transitioned to teaching children how to play music and playing gigs. It’s been my job ever since.

Thunder and Rain had a great seven-year run. I gave my whole life to that band and even got in a serious relationship with my bandmate. The band toured Ireland, Canada, and the UK. We put out three studio albums and played festivals all over the country.

My bandmate and I broke up in 2018, and suddenly I was left to manage the band by myself. I carried the project until I was diagnosed with a vocal cyst in 2019 from overuse. I had to take off work for two months and recover from surgery. When I finally did, the pandemic hit. I hung out by myself for two months and wrote songs with my healed voice. Then another band member quit, and I knew the band was toast. We officially broke up in 2020. I realized I had done what I was meant to do in Colorado, and I visited Nashville to see if I liked it. I did, a whole lot! So, in January 2021 me and my rescue dog Nellie moved to Music City.

I had pandemic songs to record, so in March 2021 I teamed up with Rachel Baiman to record an EP of seven songs with an all-star group of musicians. I got to know a lot of amazing women in Nashville and played many showcases at dream venues like the Station Inn and City Winery. I just released my first single off the EP and the rest is coming out next year. I teach part-time at a music center west of Nashville called Fiddle and Pick. I’ve found a groove in my new life here!

Can you talk to us a bit about the challenges and lessons you’ve learned along the way? Looking back would you say it’s been easy or smooth in retrospect?
It has NOT! In Thunder and Rain, every time a band member left it was like a breakup. One really was a breakup, and he was my other half, the business side of the project. Without him, I had to learn how to run sound, drive the van, manage and book the band, and carry all the masculine swagger it takes to get the band where we needed to be. Thunder and Rain was a bluegrass band playing my original music, which isn’t very bluegrass. So, we’d play trad fests and they wouldn’t really get our music, but our music would be too quiet for a loud bar. It was hard to find out place. We went viral with a cover of Sweet Child O Mine on YouTube. Six million views until Universal took it down. We tried to contact them to see what they would need for us to repost it but they never responded. Then my vocal surgery was a huge obstacle. I was so nervous, and I’ve always based my worth on my talent. Without my singing voice, I didn’t feel valid. I felt invisible. I was so nervous I would never sing again even though the doc assured me I’d come out better than ever (he was right). Taking that time off work and healing alone was a humbling experience.

The pandemic canceled many of Thunder and Rain’s big plans. Merch went unsold. Our booking agent in the UK threw in the towel. But it gave me space to write and heal my voice, and it forced me to take a look at my life and realize I was ready for the final boss- Nashville.

Alright, so let’s switch gears a bit and talk business. What should we know about your work?
My art is my songwriting. Songwriting makes me feel alive, it makes time disappear, it turns my big heavy emotions into something beautiful that I can release into the world, literally! I love catchy melodies. If a melody doesn’t stick in my brain, I don’t keep it. I love stories in songs. I love alliteration. I love to obsess over the lyrics of my favorite songwriters. I love song structure. As much as I love teaching and performing, songwriting is where my best artistry lies. I think I set myself apart by keeping my pop sensibilities married to great lyric writing. I try to anyway. That’s the goal!

Are there any apps, books, podcasts, blogs, or other resources you think our readers should check out?
I LOVE podcasts. I am a Bachelor fan. I listen to recap podcasts. My favorite is Game of Roses, it breaks the Bachelor down like a sport and it’s hilarious. I’m not a sports person so reality TV is my entertainment. I also listen to a Podcast called the Bechdel cast, which analyses movies from a feminist lens. I read a lot, especially on the road. I just read a climate change fiction novel called The Wall, which was very eye-opening. I realize nothing about this relates to my career but I think that’s the point, I do music so much that podcasts and books become my escape! 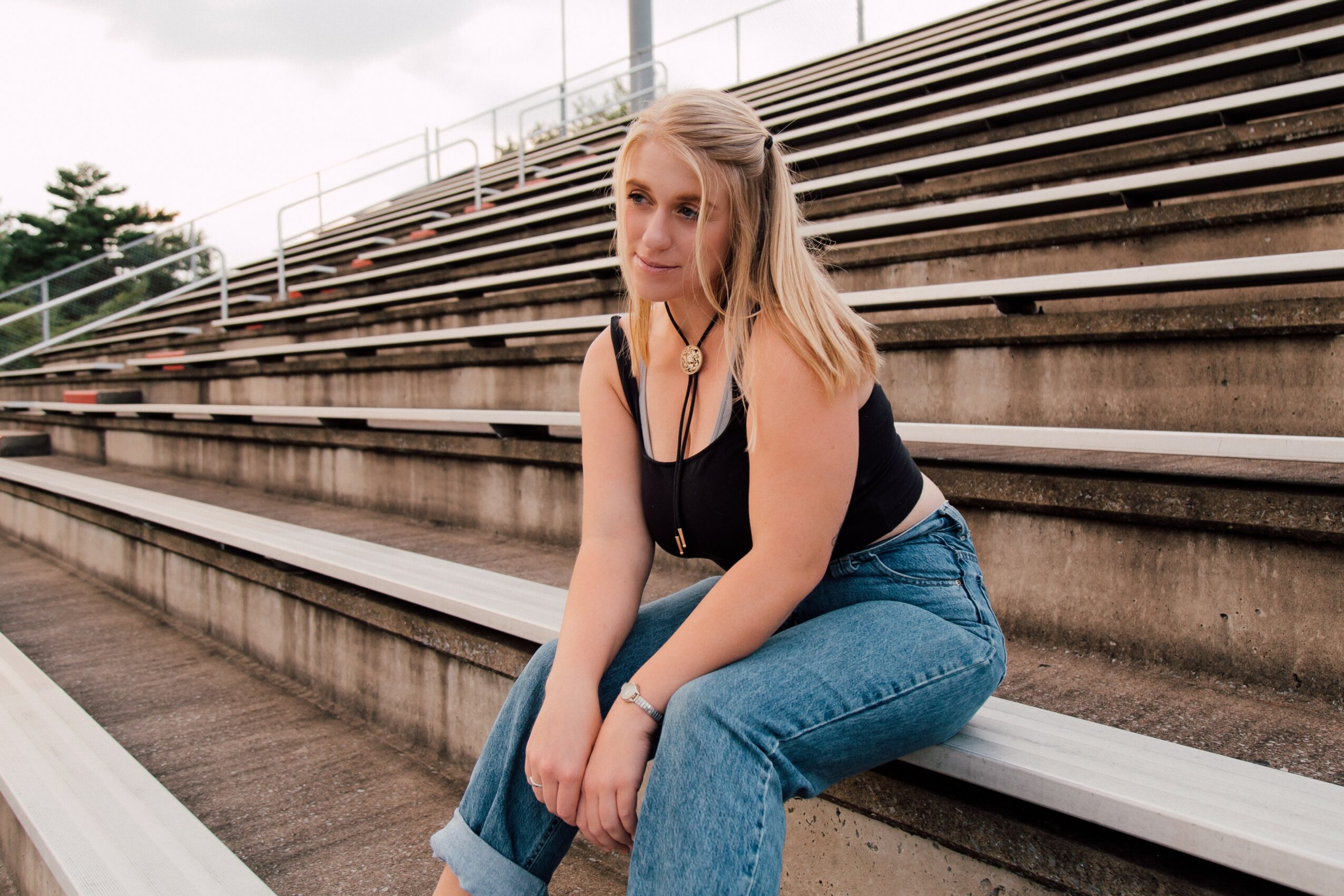