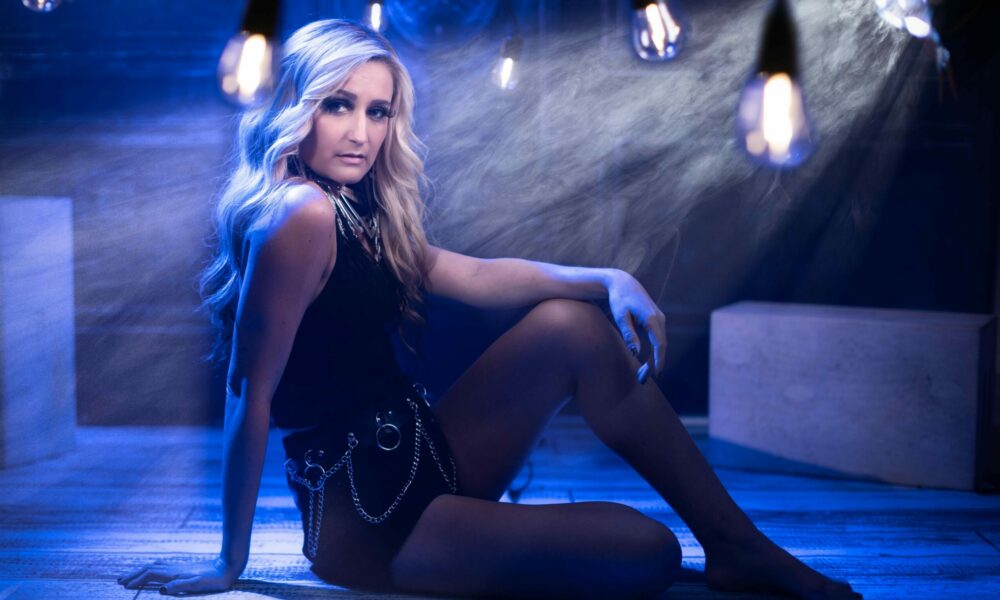 Today we’d like to introduce you to KC Johns.

Alright, so thank you so much for sharing your story and insight with our readers. To kick things off, can you tell us a bit about how you got started?
With deep roots in the Blues capital of the world, I grew up in Memphis, where I was baptized in soul and fell hard for the stage, the spotlight, and songs that make the world go ’round.

“Music has always been that one thing in my life that digs up a smile when I feel like I’m buried under the rest of ‘life,’” says KC. “I want other people to feel the same way.”

Having discovered my stage legs young, I jumped feet first into this business called music, performing everywhere from Dollywood, where I was featured in Dolly Parton’s “Christmas Coat of Many Colors,” to cruise ships around the world. After performing in ports throughout the Atlantic, the Caribbean, and everywhere in between, I made my way up the mainstream music ladder, opening for artists like Luke Bryan, Chris Young, Randy Houser, and Trailer Choir.

2021 is the continuation of my page-turner of a story, with the release of three new singles, co-written and produced by GRAMMY-nominated producer and songwriter Billy Smiley (WhiteHeart, Johnny Cash, and Petra).

With the music sensibility of Otis Redding, the raw stylings of Chris Stapleton, and the rock vibe of Led Zeppelin, each song is an audible shot of your libation of choice—they take your breath away, feel good going down, and leave you wanting more.

Recorded at the legendary Sound Kitchen in Franklin, Tennessee, the creative process was as revelatory it was fun.

“For the first time in my life, I have met someone who seems to really understand the rawness and the restlessness in my soul,” says KC of Smiley. “We have so much fun writing and have really connected through the songs we have come up with, which just seem to keep getting better and better. They are me, they are my heart, and they have my energy and my soul. I hope they make other people feel as good as I did creating them.”

Would you say it’s been a smooth road, and if not, what are some of the biggest challenges you’ve faced along the way?
It’s definitely been a long, winding road. The reason I use the word winding is because I didn’t come straight to Nashville first, I was on cruise ships as a rockbound vocalist for 5-6 years and performing at Dollywood Theme Parks, then eventually moving to Nashville in 2017. One of the struggles I went through was finding who I was as an artist. When I met Billy Smiley, is when I finally knew exactly the type of music I wanted to release. But this business is tough. Not only am I the artist, but there’s a ton of work that goes into it, I’m the booking agent, the marketing guy, and everything in between. But I do have to point out my team – creating a great team this past year is when everything finally started coming together. I’m extremely grateful for the winding road.

Alright, so let’s switch gears a bit and talk business. What should we know about your work?
I grew up listening to Country & Rock n Roll. I wanted to combine the two to make my own sound. I think our first real success came with, “Whiskey Break” a tune that I wrote with Billy Smiley. This song was featured in a motion picture, The Gorge Story. It also charted #1 in South Africa. When I released my cover of Black Dog by Led Zeppelin, it went viral on TikTok. I’m super proud of how people have responded to my music. I have incredibly great supporters… my recent Christmas cover, “Please Come Home For Christmas” charted #1 as the most-streamed song on Play MPE. I’m proud of my team the most. It takes a village to make things happen and I couldn’t do any of this without them. I believe what sets me apart the most is there aren’t many women out there doing the Country/Rock n Roll thing besides Miranda Lambert. My hope for 2022 is to continue to rock out and bring smiles to people’s faces with my music!

Do you have any memories from childhood that you can share with us?
I have a ton of these, but my most favorite is putting on concerts for my family. I loved performing so much, my mom had an extremely nice coffee table that I ruined by making my stage and singing through the remote control as my microphone. I have no clue where that coffee table is to this day, but I’m sure my mom had to throw it out. 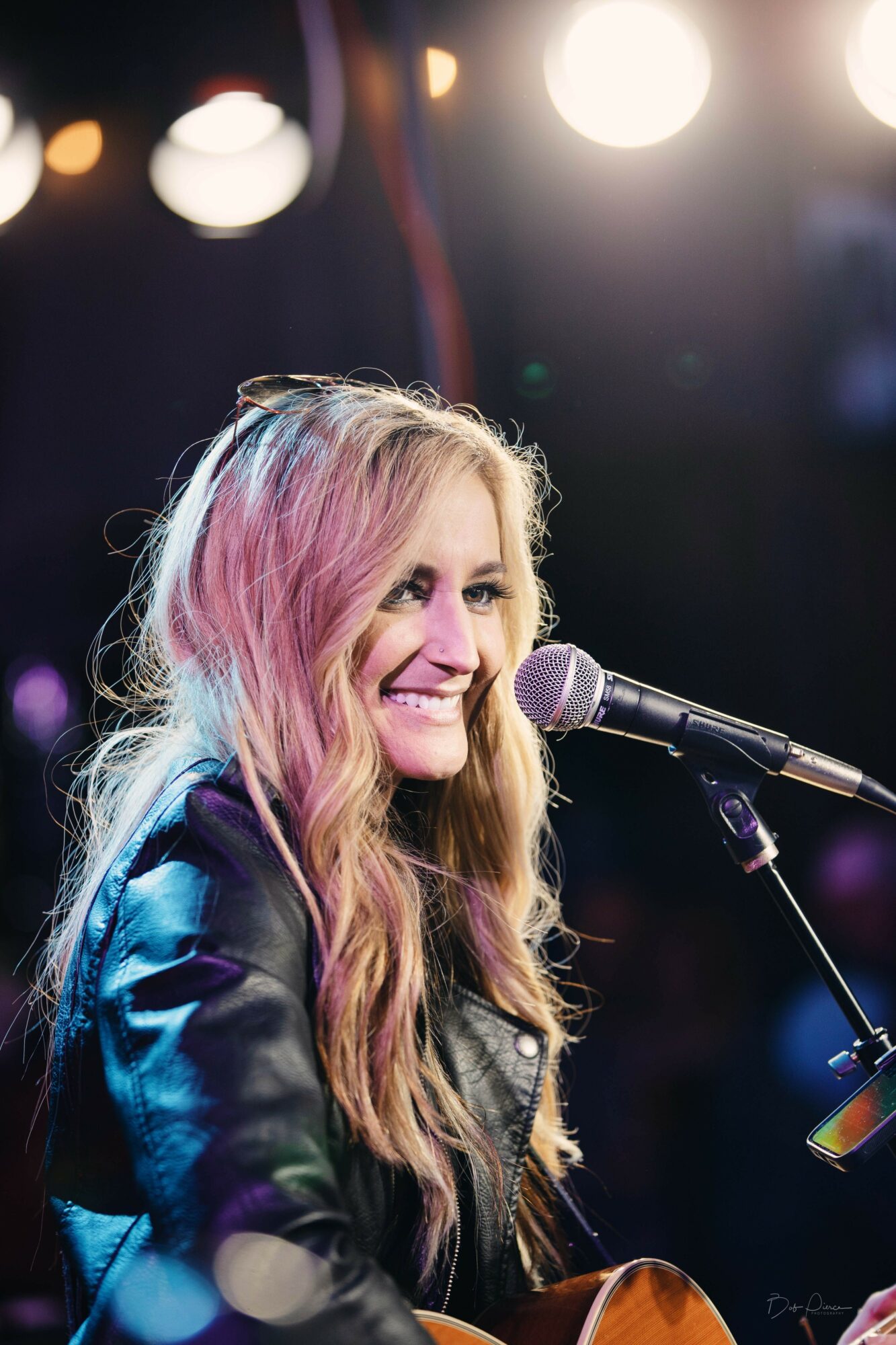 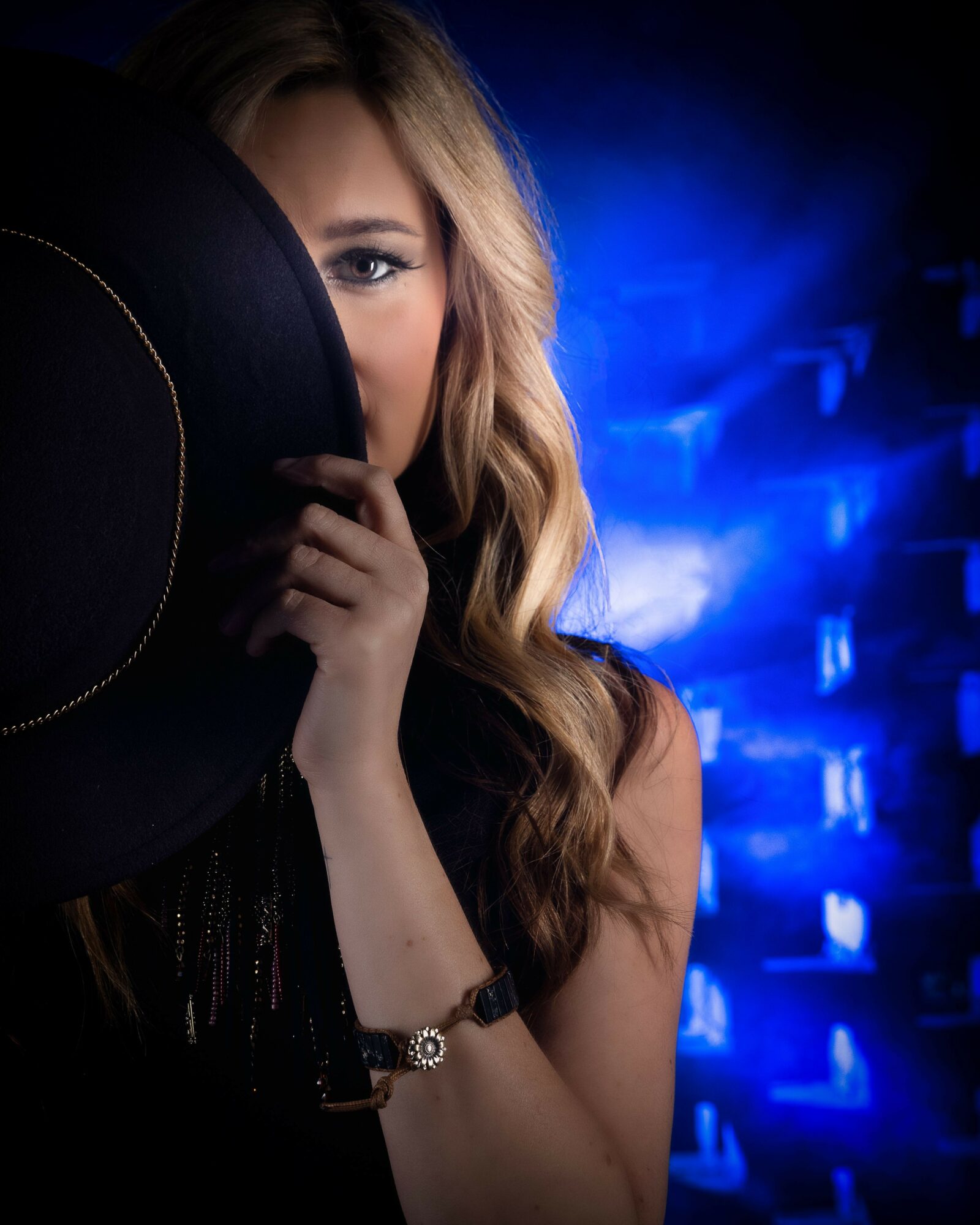 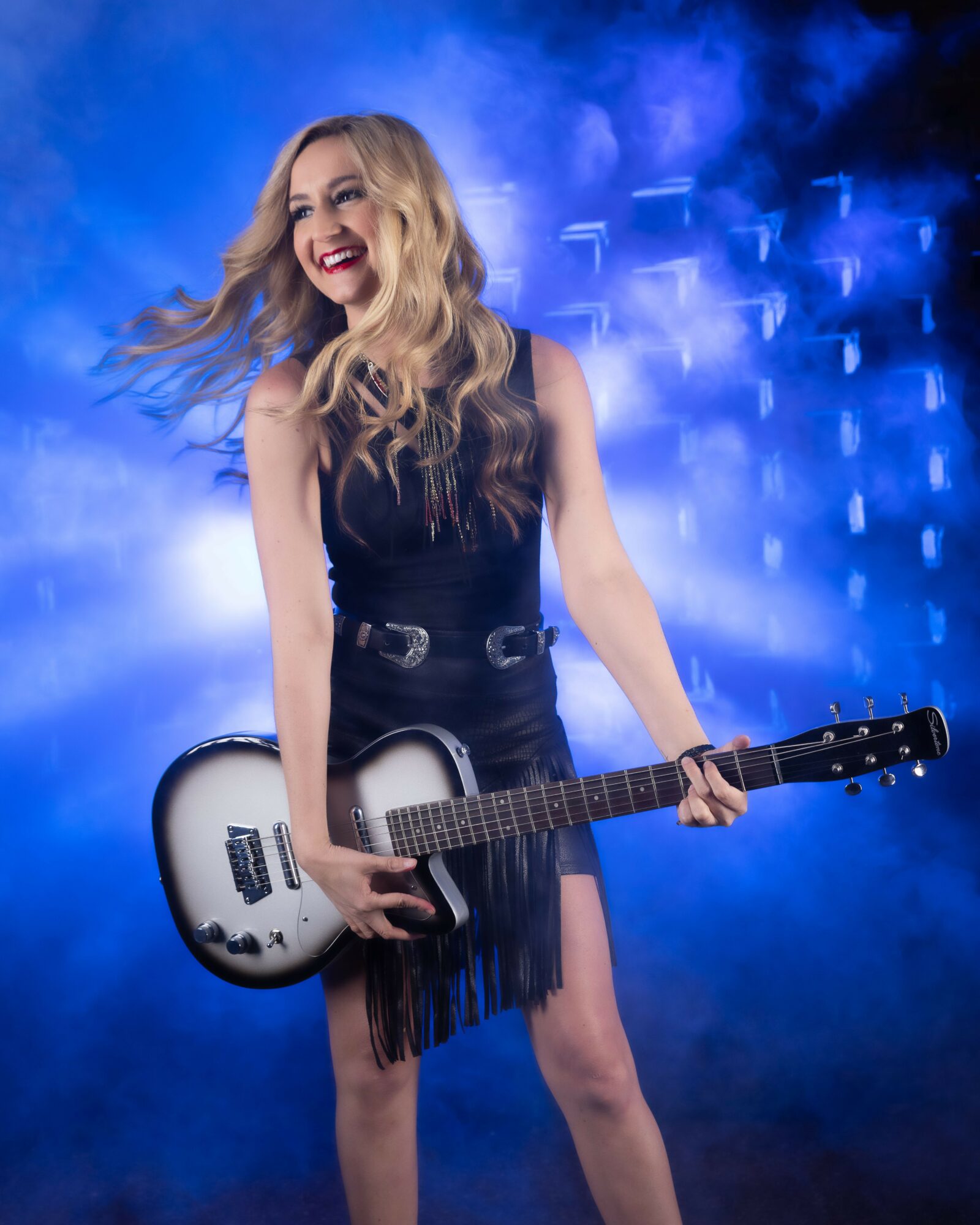 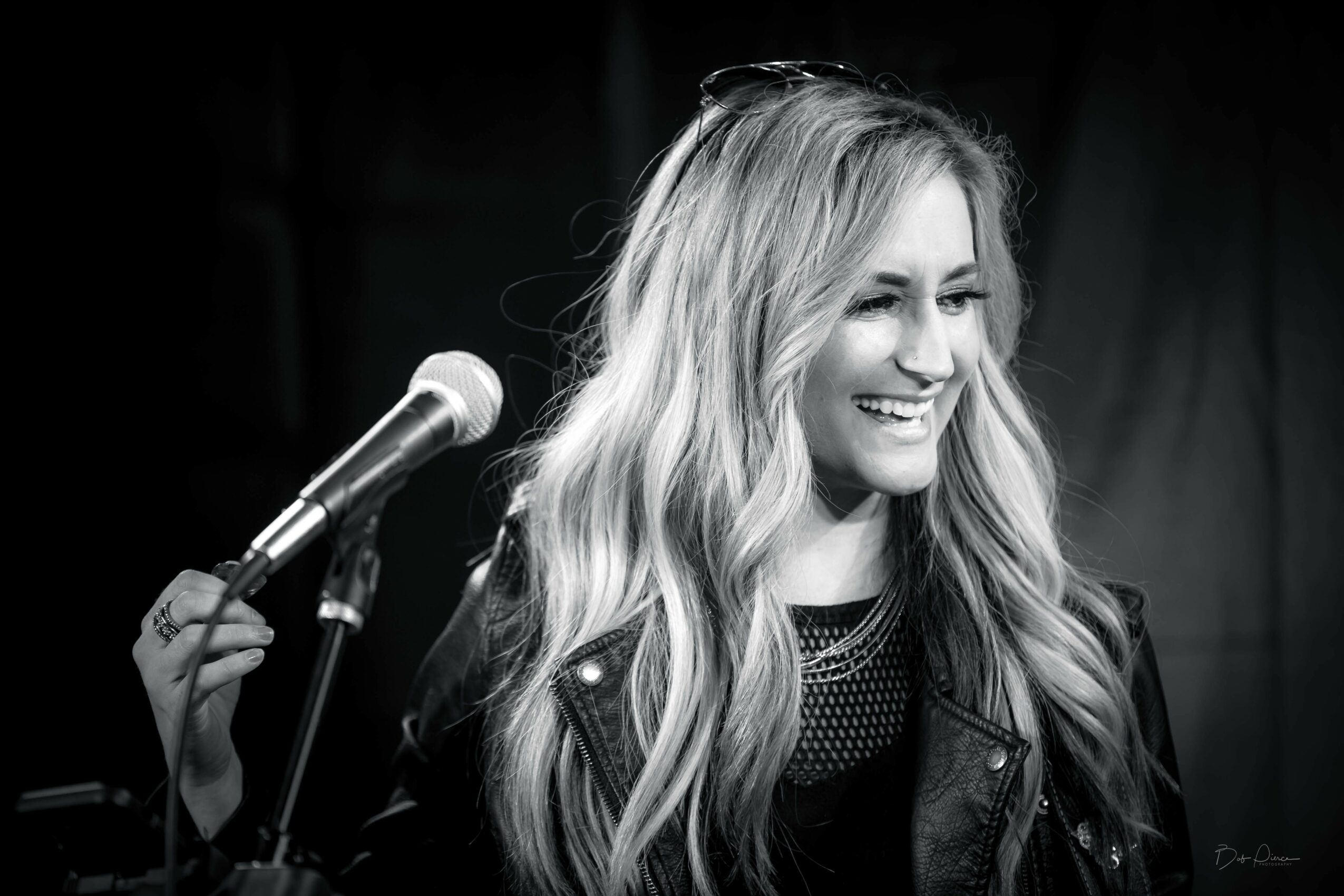