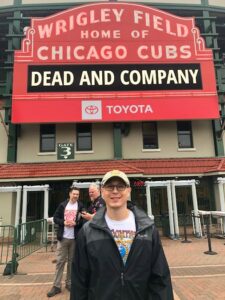 Today we’d like to introduce you to Lance Ingram.

Alright, so thank you so much for sharing your story and insight with our readers. To kick things off, can you tell us a bit about how you got started?
Where to start. That’s always an interesting question. I could talk about that first time I heard Boston’s self-titled album or about going to my first concert (double-billing of Lynyrd Skynyrd and the Allman Brothers in Jackson, MS). While both of those experiences greatly shaped what I do today, I don’t think that’s what you’re looking for!

But to answer your question I can point to three moments.

The first was when I was a junior in high school, I submitted a poem in a statewide poetry contest. The poem won second place and when my teacher found out she told me there could be something there for me. She advised me to consider pursuing journalism and without second-guessing her, I moved forward as if there were no other options.

The second was becoming the City News Editor for my college newspaper, The Daily Mississippian. For a college newspaper, it was pretty impressive. Five issues a week and something like 15,000 + copies a day. I had worked my way up from staff reporter to senior staff reporter to City News Editor in about 10 months. It really felt like I was doing what I was meant to do in life, except about five months before graduation epiphany hit. I didn’t want to do journalism forever. I loved to write but the gig no longer excited me. So, I ended up pivoting and double-majoring in marketing and journalism.

The final moment was hearing the “Disgraceland” podcast for the first time. It was the largest influence in me creating my podcast “Yesterday’s Concert.” In the last 15 years, I’ve attended somewhere north of 750 concerts and I’d been sitting on all these stories, unsure of what to do with them. When I heard that show I saw a way to bring the stories to life and create something for people to relate to.

In September 2021 I launched my podcast “Yesterday’s Concert” and completed my first season a few months later. Season two is coming out in February 2022, and I can’t wait to produce more episodes.

Would you say it’s been a smooth road, and if not, what are some of the biggest challenges you’ve faced along the way?
Absolutely not. When are the best things in life ever smooth? If it’s not a little bumpy, have you really earned anything?

Most of the bumpiness has been my own self-doubt. I’m not a professional journalist. You know, I’ve never written for a major publication like “Rolling Stone” so who am I to think that my voice matters and my story is worth sharing? There are so many people out there who’ve been to more concerts than me, traveled further, and lived life more fully, yet here I am being so self-indulgent.

It’s really hard not to compare yourself to others and their success. I have my favorite writers like Alex McDaniel and Steven Hyden and my favorite podcasters like Jake Brennan, and when I digest their work, I feel the fullness of my inabilities. They’re all so talented and thoughtful there’s no way I could ever match their levels. It’s the constant comparison that no matter how proud of my work I am I will always see them, and plenty of others, as superior.

Self-doubt aside, this podcast was four years in the making before it saw the light of day. There were lots of pivots and uncertainties. I’m the type that will procrastinate because I want the final product to be what stands. I don’t like releasing something and then shifting once it’s live. So even though I knew what I wanted the final product to be, there were many days spent daydreaming and wasting time because I was overthinking what the theme song would be.

Alright, so let’s switch gears a bit and talk business. What should we know about your work?
I am a podcaster. Then again, who isn’t these days, right? Yesterday’s Concert is my first show to release, with hopefully more in the future. As mentioned, the show just completed its first season and the next is coming February 21, 2022.

There’s a lot of really great music podcasts out there so I don’t want to diminish the work they’re doing. But I think what sets me apart from other music podcasts is my show is scripted and highly produced. My peers are really your favorite murder/mystery shows rather than other music podcasts. I say that because Yesterday’s Concert has all these sound effects and background elements that help create a mood.

Despite all the added drama and bells and whistles, the uniqueness of my show is that I’m really just doing concerts reviews, with some personal anecdotes. But I think what separates my show from the reviews you read is that most concert reviews are very boring. “The band played these songs and the singer wore a striped shirt.” That’s a poor representation of live music and why people shell out all those silly processing fees to see their favorite artists.

These are very personal stories that represent very personal experiences. Do you remember your first concert? What about seeing your favorite band the first time? I’m willing to gamble that you do and it’s filling with nostalgia. That warm nostalgia trip is what I wanted to bring to life.

We’d love to hear about any fond memories you have from when you were growing up?
Does being a teenager count as childhood? If it does then I have to say either going to my first concert or the time my dad drove me through the night so I could see a show on a school night.

As I mentioned earlier, my first real concert was Lynyrd Skynyrd and the Allman Brothers Band in Jackson, Mississippi. There had been other shows but that one stands out as the show that ignited my love for live music. For weeks after that show, I had this insatiable desire and I didn’t understand what it was. It was four years later in 2009 when I attended 71 concerts in a year that I started to understand that live music was what I’d been chasing. Music in your headphones and on your stereo is great but being blasted by a band in a small club with their amplifiers turned to 11 is music in its best form.

The other experience was seeing Eric Clapton in 2006 on a school night. I’d like to preface that at the time I was unaware of what a massive jerk Clapton is, but that said, this story is really more about my dad. For some reason, I was very drawn to classic rock during high school. I don’t mean I just liked it; it was almost exclusively all that I listened to. No exaggeration, outside of a few bands, I rarely listened to anything post-1984. It wasn’t until the last few years that my tastes have expanded.

Anyway, Eric Clapton was set to do a concert in Birmingham, Alabama which was something like four or five hours away from the Jackson, Mississippi area where we were living at the time. My dad and I both really wanted to go, because he’s still a guitar hero regardless of his person, but it was on a Wednesday night. Since I was a senior in high school my parents let me have some flexibility and I was going to skip the next day so we could get a hotel after the show and come home Thursday. Something came up and it was a requirement that I be at school the next day at like 6:30 AM. We already bought the tickets and my dad had the time off from work. So, we went to the show and my dad drove the entire four or five hours back after the show while I slept in the backseat.

The show was good but what I remember most about that show was the lengths my dad was willing to go to show he loved me. Even in my teenage angst, I was able to recognize that I was fortunate and my dad had gone to exceptional lengths for me. The next day I wore my new Clapton tour shirt to school and all my music-loving friends asked about the show. They all thought it was so cool what my dad did and not that I saw a guitar legend. 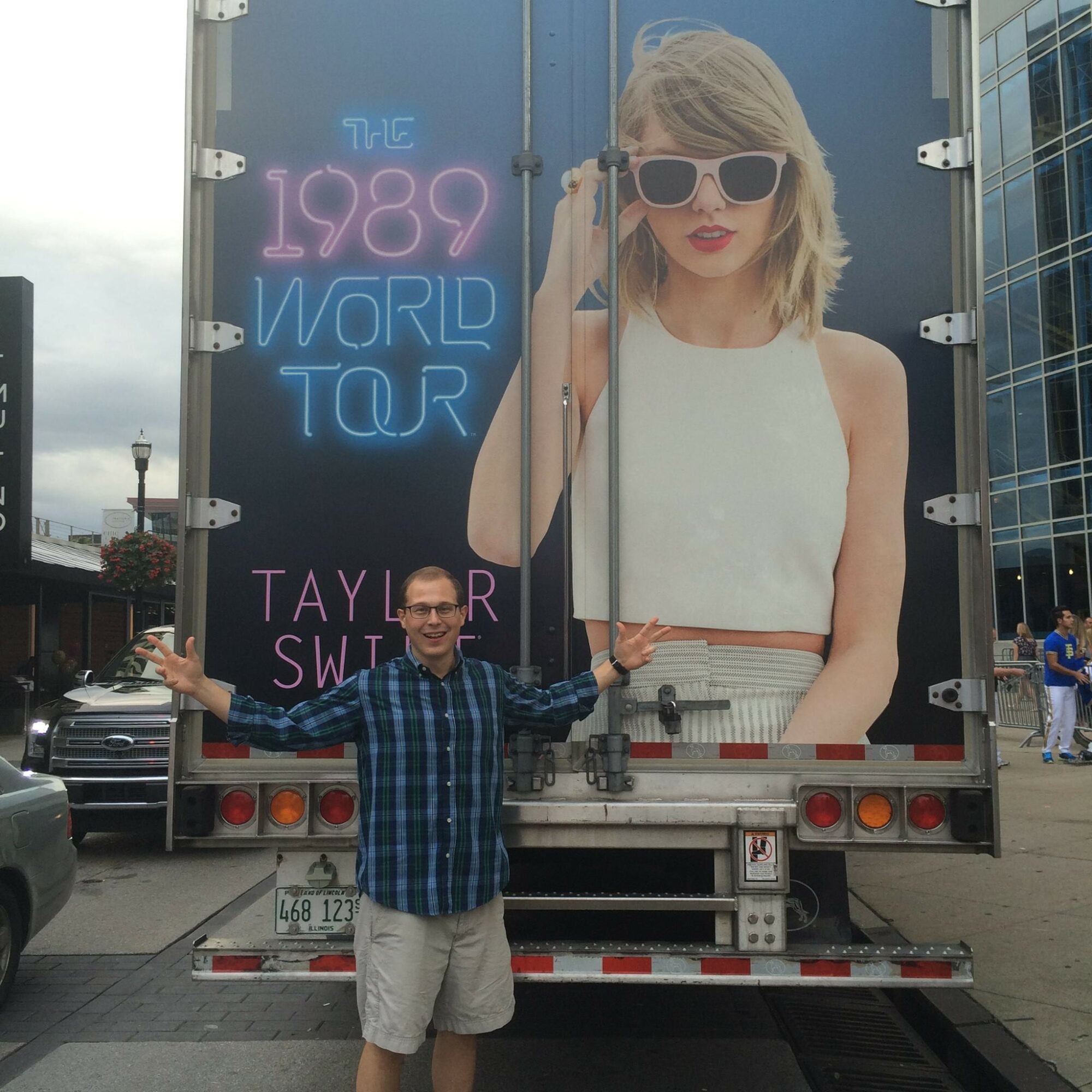 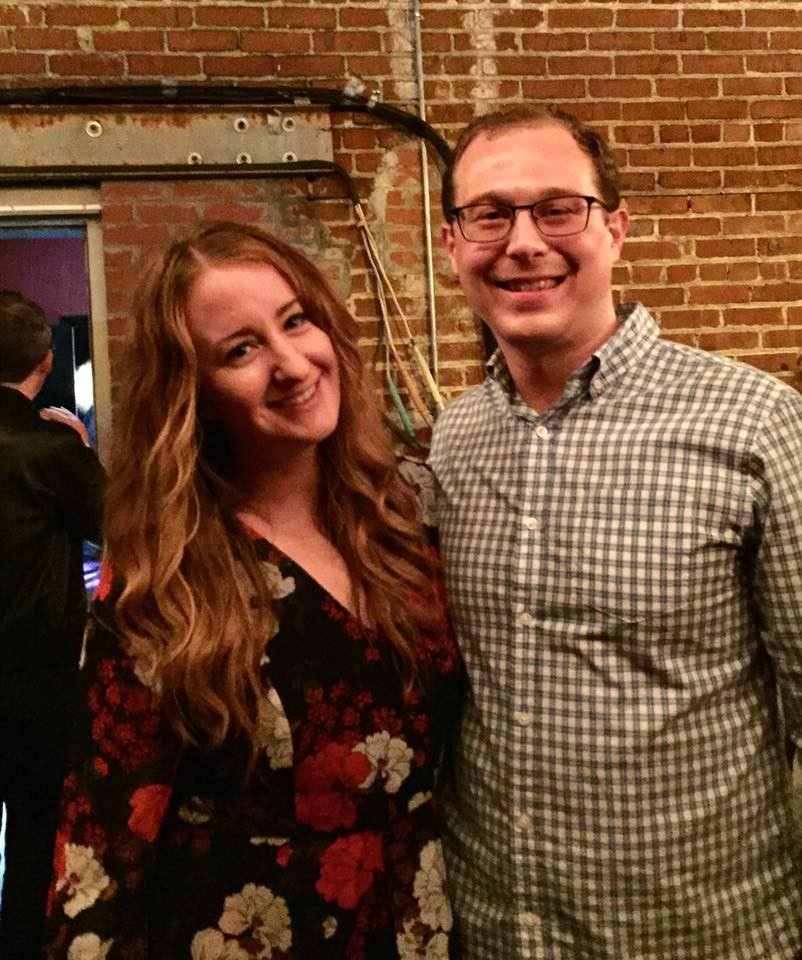 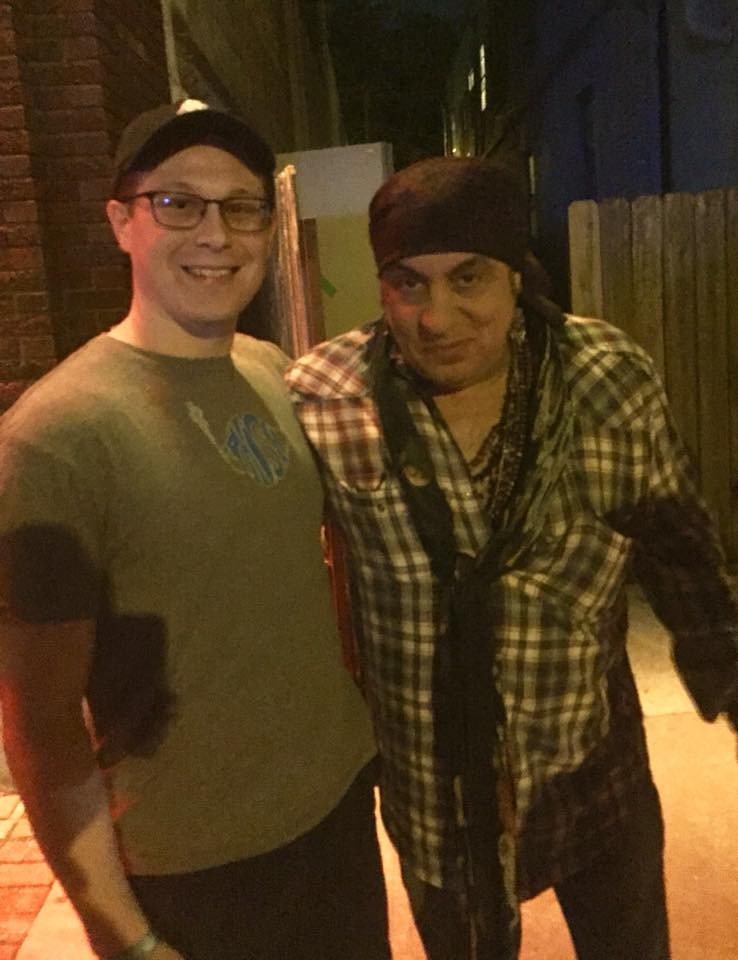 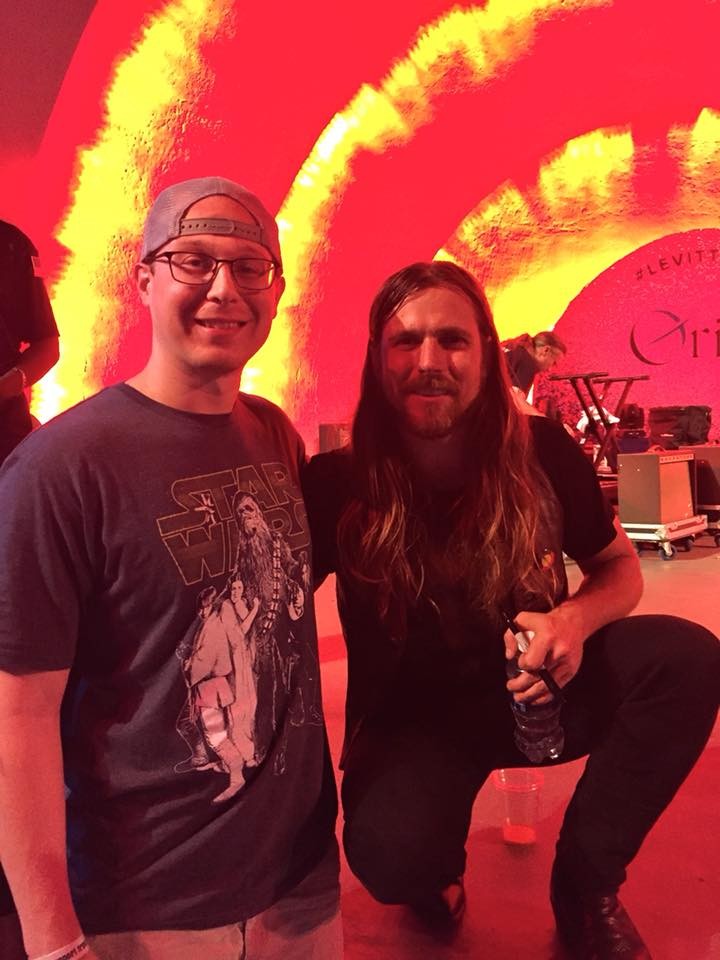 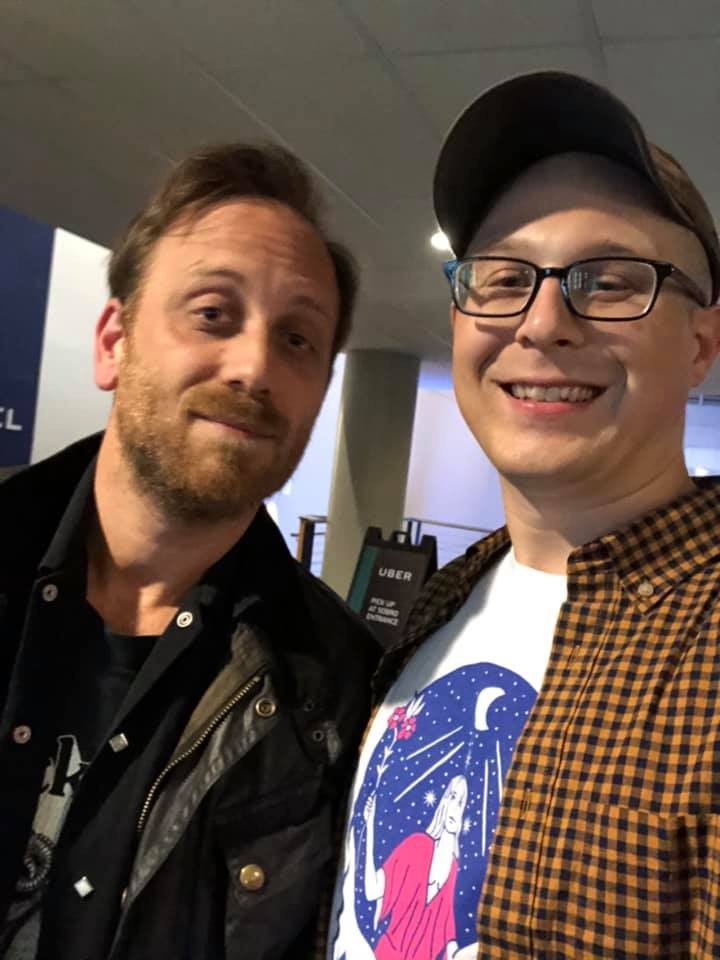 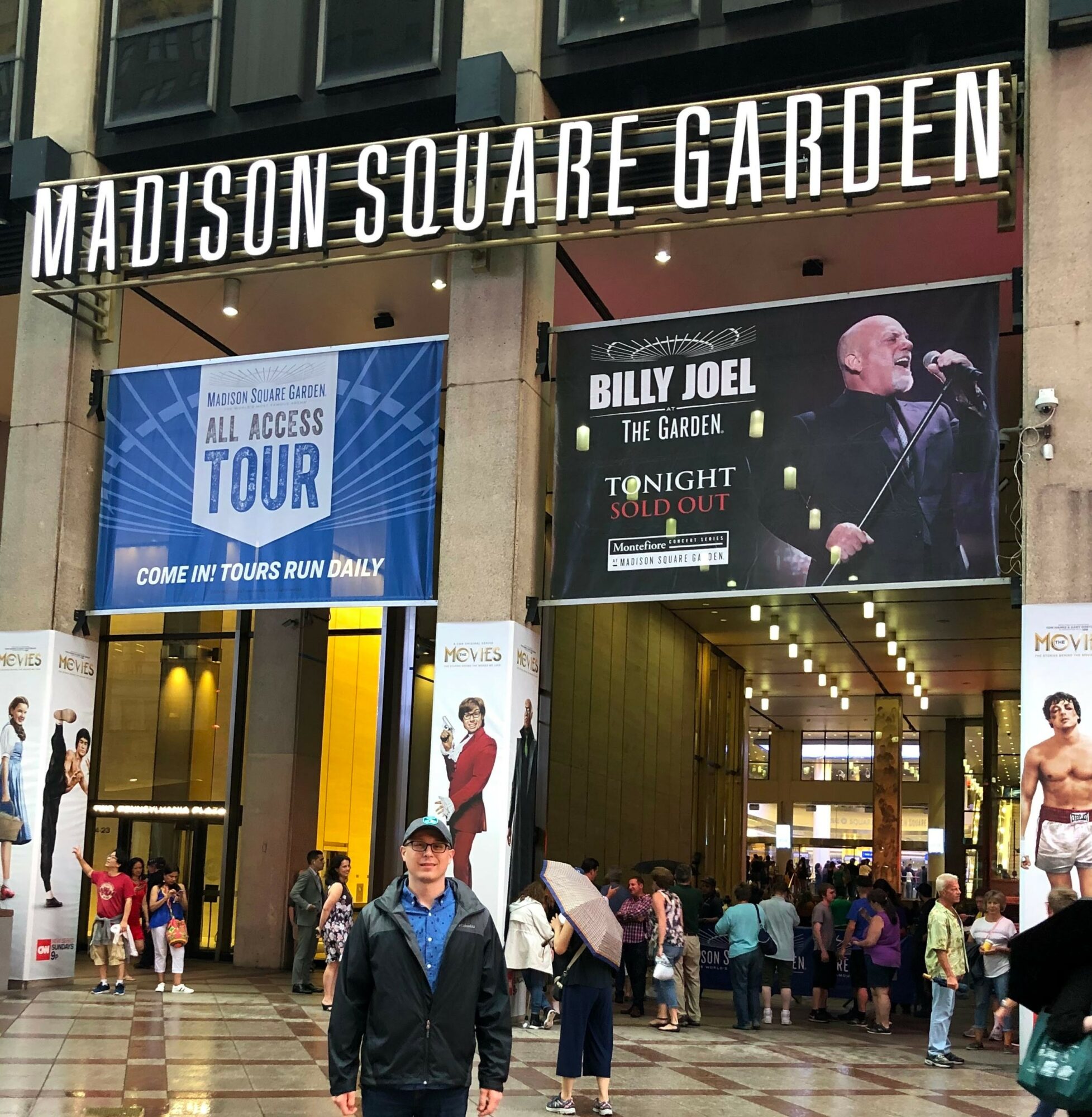 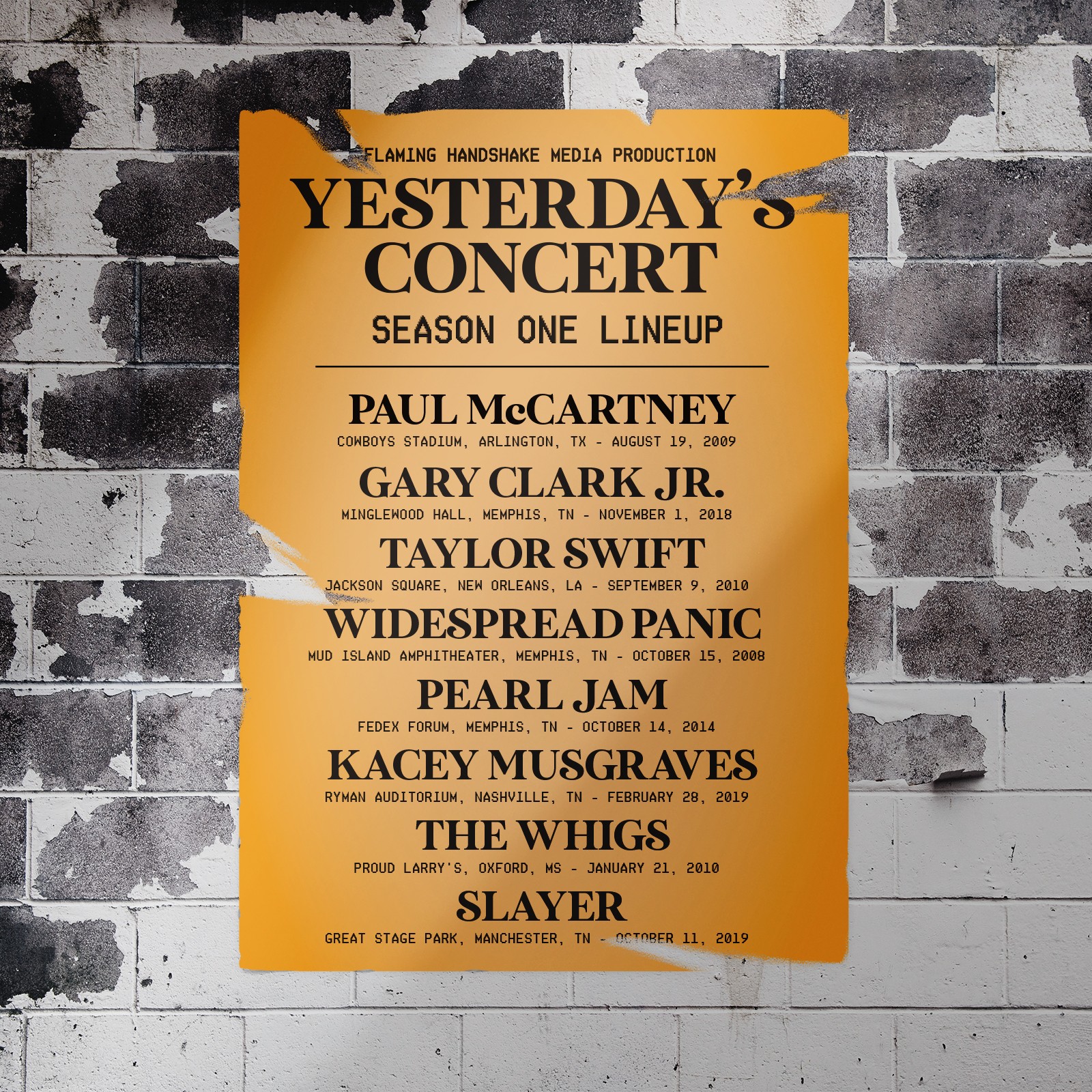