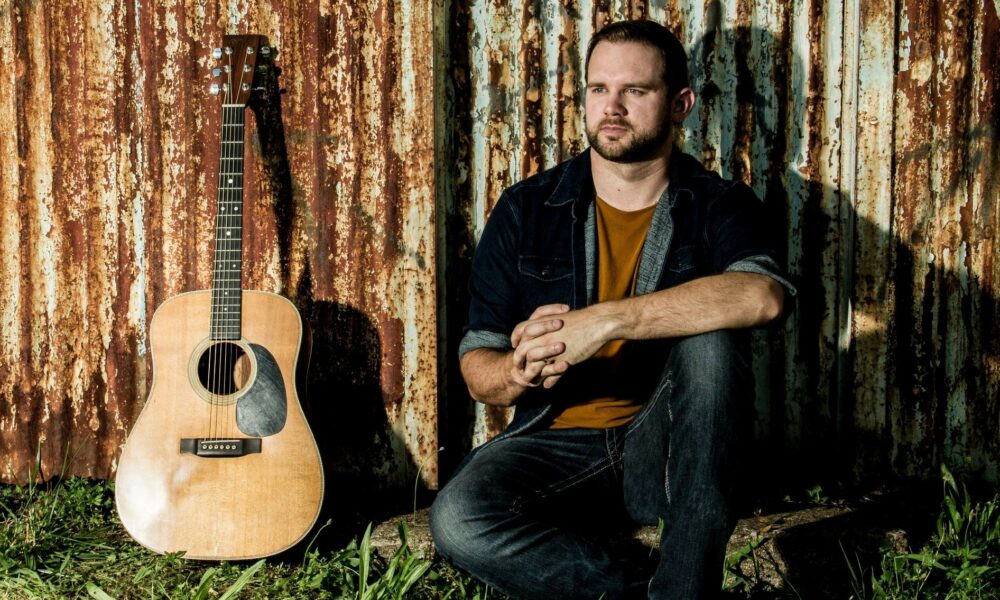 Today we’d like to introduce you to Blane Howard.

Hi Blane, thanks for sharing your story with us. To start, maybe you can tell our readers some of your backstories.
Well, growing up, though I played multiple sports, I also sang in the middle school and high school choirs, and at church.  Somewhere around my junior year in high school,  I decided I wanted to be a singer…as a career.

After graduation, I moved to Nashville to attend Belmont University, where I majored in Commercial Music; Vocal Performance. After graduating from Belmont, I immediately started trying to book as many live shows as possible because I needed and wanted that experience of being in front of a live crowd every night, and started working on songwriting as well.

I started by booking small acoustic gigs in places where I had family nearby to save as much money as possible with travel and hotel expenses. Gradually, I built these small pockets of fans in different areas of the country and progressed into playing full band shows for them, and slowly the venues got bigger and the crowds got bigger.

All the while I was writing new songs and putting them out to my audiences. We grew at a decent rate until everything changed in 2016; that’s when I wrote a song as a wedding gift for my wife, and after that everything skyrocketed.

The song “Promise To Love Her,” which was just supposed to be a gift to her, now has over 120 million streams, and the music video spent 17 weeks on the CMT Music 12-Pack Countdown, including reaching #1.  The song has taken me across the entire continental United States, and even to Mexico to perform it.

Can you talk to us a bit about the challenges and lessons you’ve learned along the way? Looking back would you say it’s been easy or smooth in retrospect?
HAHAHA, it definitely has NOT always been a smooth road. It’s always been fun, but there are always issues and they don’t go away just because you have some success. I’ve been told “NO” by a lot of labels, publishers, and agents in Nashville.

Songs don’t become as popular as you would like or get any streams, and as an independent artist, most radio stations won’t play your music.  Some gigs go really bad, and sometimes you play shows to less than 10 people. Vehicles break down, trailers get broken into, and gear gets stolen. Then there was the whole Covid-19 pandemic and no live shows for almost 2 years. The list can go on and on about bumps in the road.  But those are things I look back on now and laugh at, because at the end of the day I get to do what I love every single day…I get to play my music for fans all over the country and make a living playing music. What could be better than that?

Thanks – so what else should our readers know about your work and what you’re currently focused on?
On February 2nd, I released my latest single, “Boot ‘N’ Rally,” written with Keesy Timmer (“Yeah, Boy”), and a full-length album, Looking For Nothing To Do followed on Feb. 25th.

Obviously the title of the song has multiple meanings, including the act of throwing up after you’ve had too much to drink, but the song reflects much more than that.  The song really is an anthem for those that have been knocked down but keep getting back up. No matter what life throws at you, whether hard times, injuries or maybe a bad breakup, you have to keep moving forward and fight through it.  The music video for “Boot ’N’ Rally” premiered on CMT Music on May 23rd and reached #2 on the CMT Music 12 Pack Countdown Show this week.

In late 2020 with the NFL playoffs approaching, and while touring was halted during the pandemic, as a life-long die-hard Kansas City Chiefs fan, I wrote a new song, “Run It Back,” which became Chiefs Kingdom’s new anthem during their playoff run. The song was played by radio stations all over the Kansas City Metro area and on surrounding mid-west stations.  With another successful season expected for the Chiefs in 2021, I created a REMIX, “Take It Back” which was just as successful as the original, including the HYPE videos that were created for each and posted on socials.  I acquired quite a few more fans who found my country music by following my CHIEFS songs and Hype videos, and I picked up several more shows in the Chiefs Kingdom region.

What’s next?
Honestly, I’m just excited to be back playing music after the pandemic, and I’m happy to have my new album out for fans to enjoy.  I am also working on a Christmas album, and though we just started, I hope to have it ready to release late this fall.

I hope the future brings lots of good luck, and hopefully a record deal or publishing deal, but for now, I’m just going to keep writing my songs and playing my music for whoever will listen. 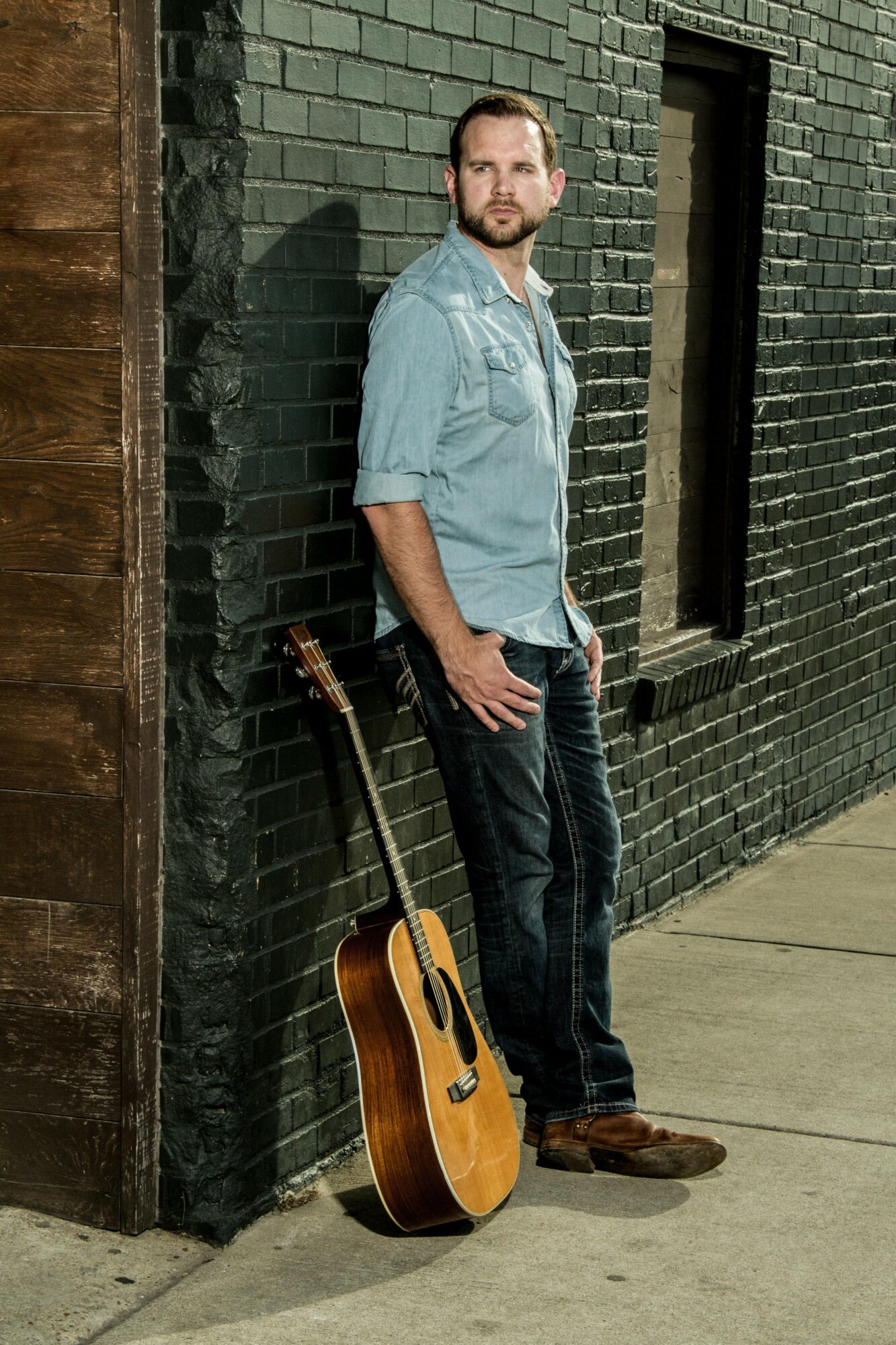 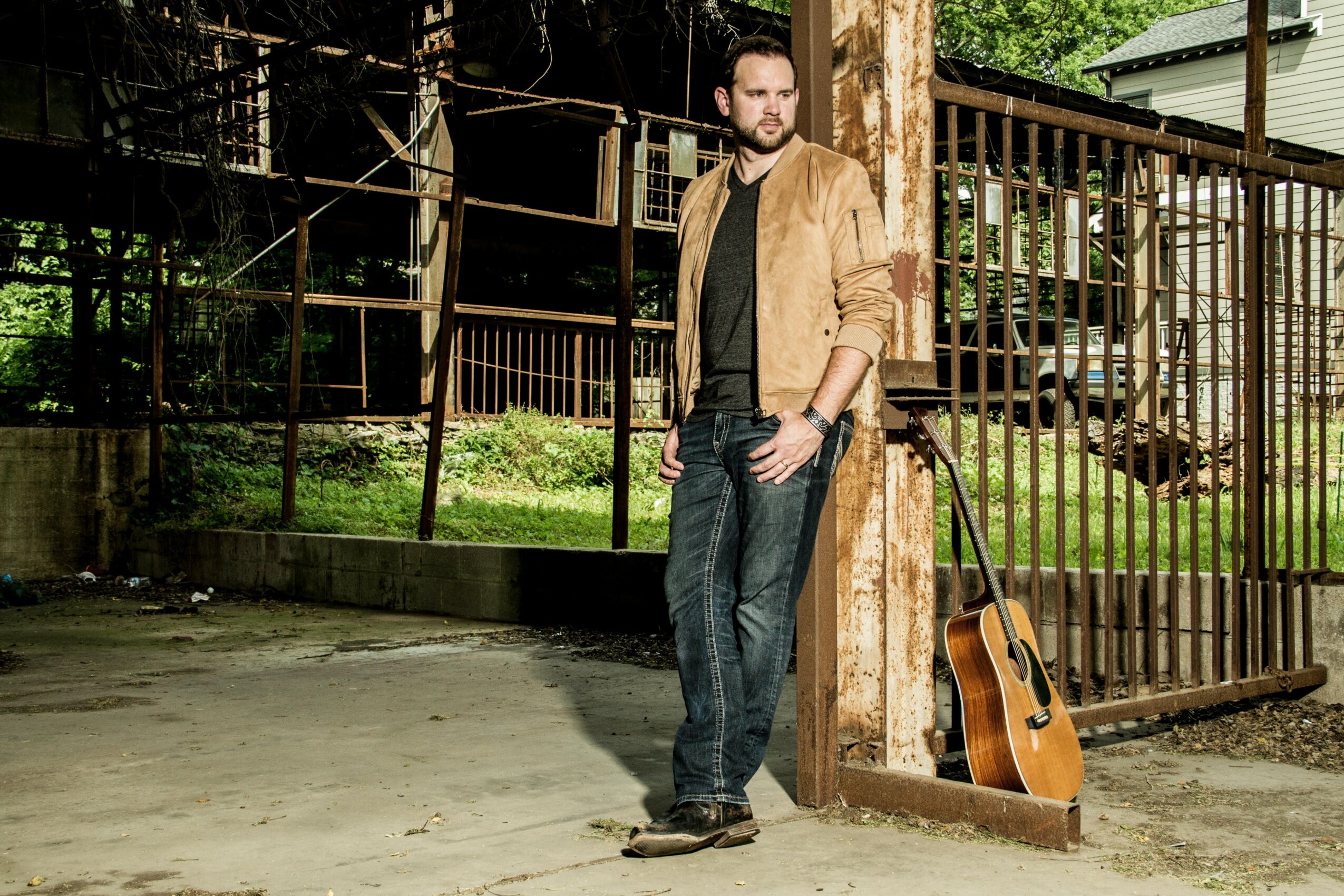 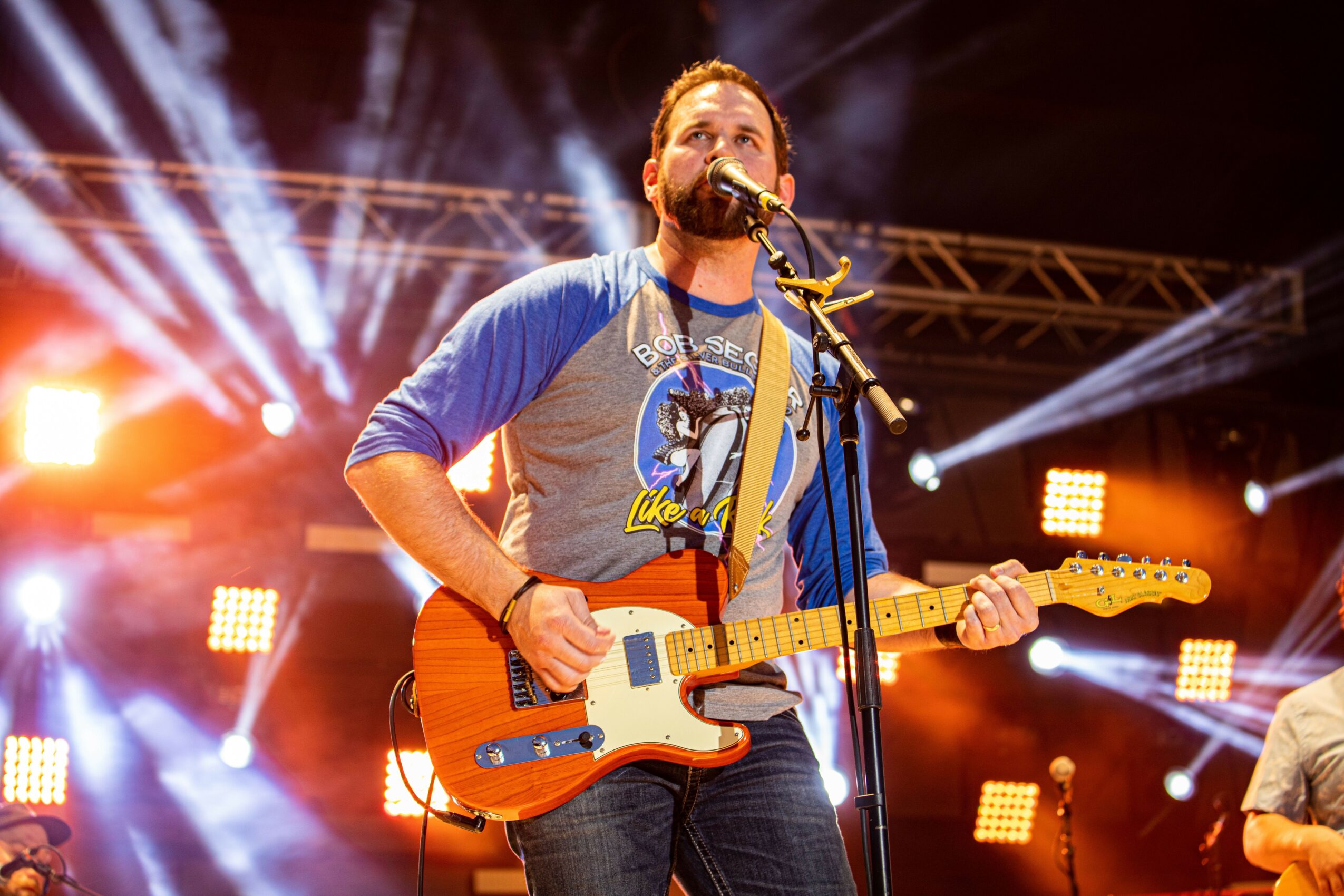 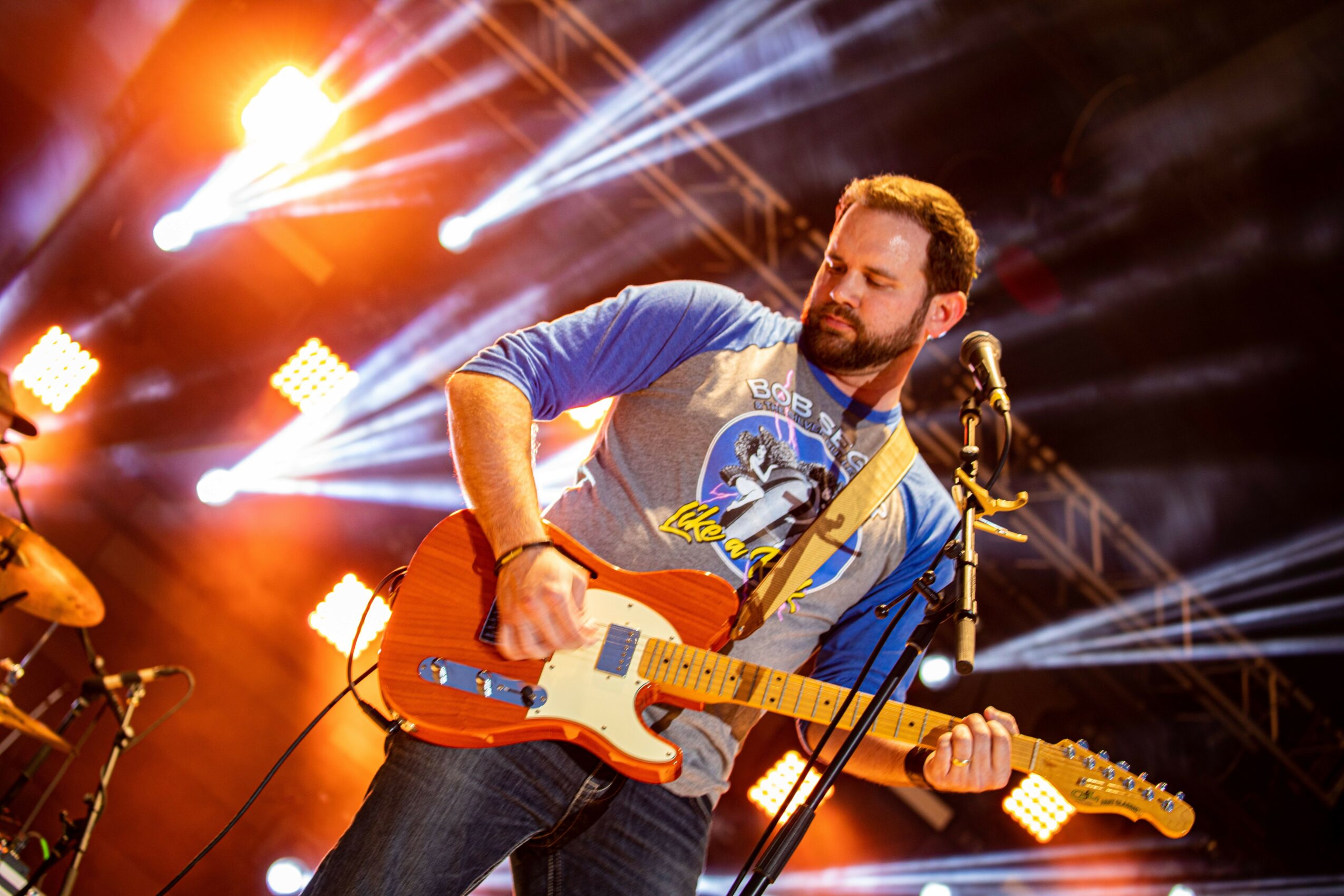