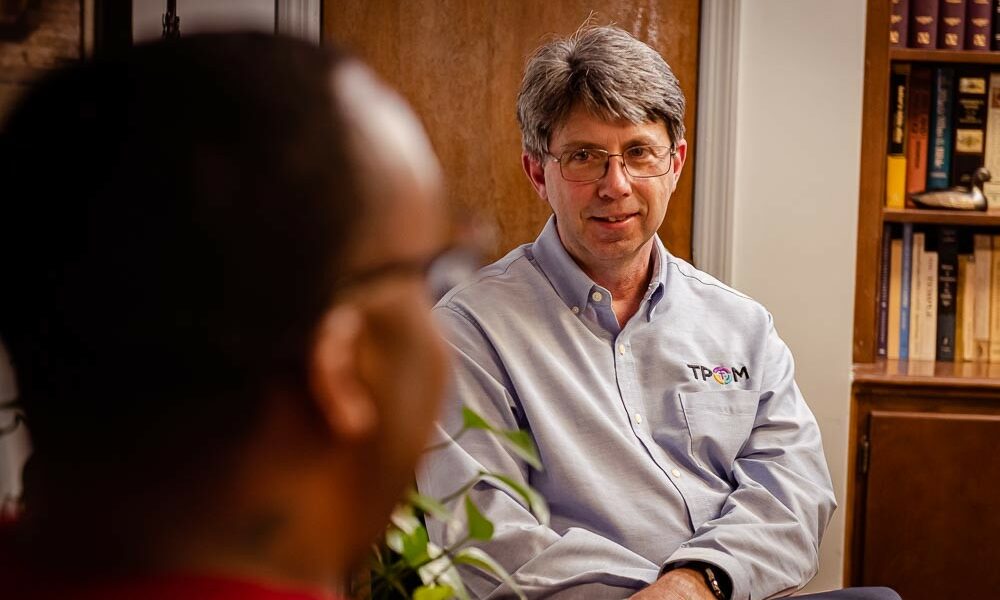 Today we’d like to introduce you to Thomas Snow.

Hi Thomas, thanks for joining us today. We’d love for you to start by introducing yourself.
I was born and raised near Ft. Worth, Texas but attended college in Tennessee. After graduating, I married and settled in the Nashville area where I accepted a position as a minister of a mid-size church. In 2004, I was invited to deliver a sermon to a local prison in Nashville. The response to my message was overwhelming, not because of my oratory skills, but because the men appreciated my willingness to be present with them. Soon, many in our church were involved in prison ministry, including the leasing of two small homes to provide transitional housing for women leaving incarceration.

In 2008, I was asked to join the staff of the Tennessee Prison Outreach Ministry, a Nashville ministry under the oversight of a local church. In 2013, I was appointed the Executive Director and we moved to a nonprofit status. In 2014, we acquired property in South Nashville near the Fairgrounds and opened a reentry center for those leaving incarceration. We eventually built two transitional duplexes: one for men and one for women.

We all face challenges, but looking back would you describe it as a relatively smooth road?
The expansion of the ministry has been quite a challenge. For much of our history, we were serving “behind the bars.” Once a person was released, we really had no options for them but to refer them to another agency, to which there was a dearth of reentry programs at the time. The vision I had for the ministry was for us to make a significant expansion and walk alongside those who were being released. After searching for property for a year, we became aware of a vacant church building in the Wedgewood-Houston area of South Nashville. After making a presentation to the owners of the property, they decided to donate the building and two lots because they were moved by the vision. Upon knocking doors in our residential neighborhood and sharing our plans for a reentry center for those leaving incarceration, there was opposition from several neighbors, which was unsuprising. We have, however, worked hard to be good neighbors and some of our residents have engaged in community service projects for nearby residents who need assistance. Now, some of our neighbors are volunteers and donors.

Even once we acquired the property, completely remolded the church building and turned it into office space, and built the men’s house and later the women’s house, I had to expand my staff and develop programs for those leaving incarceration. There are so many challenges that one faces upon release and it was a steep learning curve for the team. Over time, we established a job placement program, case management services, and became a state-licensed outpatient mental health facility. All of this required two capital campaigns, and a huge expansion of our volunteer and donor base. We continue to learn from our mistakes as we seek to strengthen a program that is significantly reducing the recidivism rate of our participants.

Appreciate you sharing that. What else should we know about what you do?
When I look back over this journey, I am so proud of all of those who, despite being formerly incarcerated, are doing great things in our community. We have men and now women who have come through our program and are living a life of sobriety after struggling with addiction for many years. Many have reunited with their families and are raising their children. Several of our graduates own businesses locally, are moving into corporate positions in large companies, and some are just working hard every day to become a productive member of our society. We currently have six employees at TPOM who were formerly incarcerated and two of our graduates are serving on our Advisory Board. Murphy spent some time on Death Row in Tennessee before being moved to the general prison population after a court review. After 30 years in prison, Murphy was released to our transitional home and was a role model to other residents. After graduation, Murphy became a house shepherd. Now, he has moved out of the house but is serving on our Advisory Board, helping us to strengthen our program and assist others who are being released.

My strength in this ministry is the ability to not only collectively develop a dream but to share the vision in public forums including churches and civic groups. Together, with staff, volunteers, and donors, we are able to address incarceration and help navigate the challenges in successfully assimilating into the community upon release. My goal is to help our community see that all of us, whether incarcerated or free, are of great value. By working together, we are recognizing that God has not given up on the incarcerated and neither should we give up on them. This is a ministry of second chances.

Alright, so to wrap up, is there anything else you’d like to share with us?
When we were preparing to build the men’s transitional home in 2016, I went and knocked on the door of our next-door neighbor, an elderly widow who lived alone. I shared with her our plan to build a home for men leaving prison. She was quite alarmed which is understandable. I gave her my business card and told her to call me first if she ever had concerns. She called me all the time. Without prompting, however, once the house was complete and our first residents arrived, several of the residents began assisting her with yard clean-up. They mowed her grass, raked leaves, and one participant even built her a ramp to the house after she was placed with a walker. When she passed in 2018, her family called me and said that their mother was TPOM’s biggest critic and she became our biggest fan. She informed the family before her death that she wanted her property sold to us so that we could build another transitional house for those leaving incarceration. Being a nonprofit and doing special work in this community, the family sold us the property below market value. Now that the women’s duplex is complete, our next project is to build another duplex on this lot. When I think of our neighbor, and our time together over the years, and all her initial phone calls of concern, I just smile. Looking at the property from outside my office door it reminds me of why I am in this ministry. 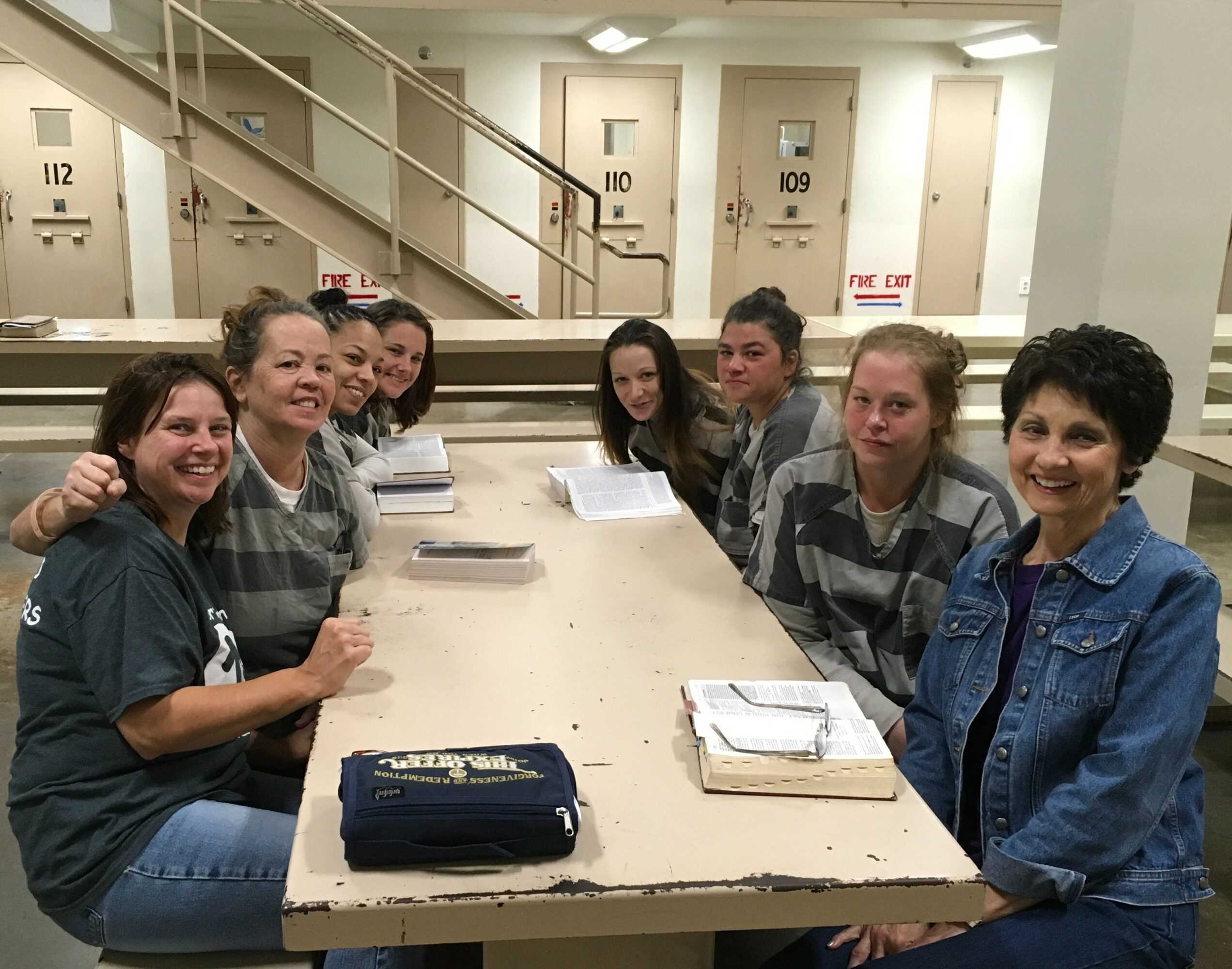 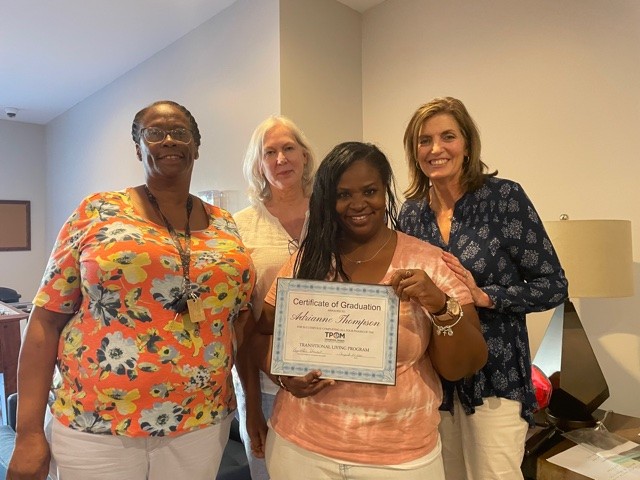 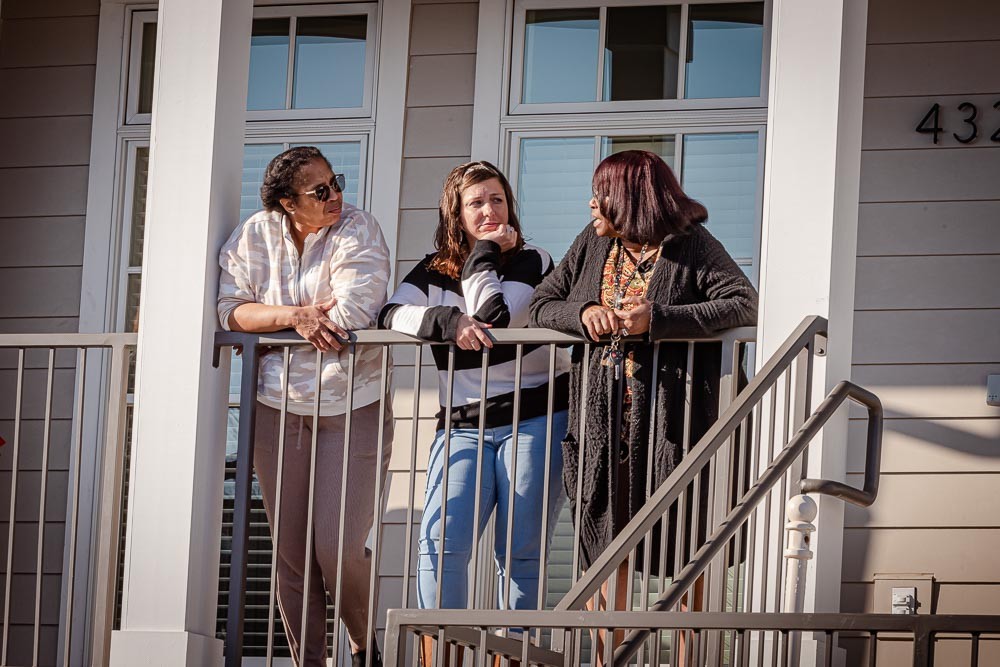 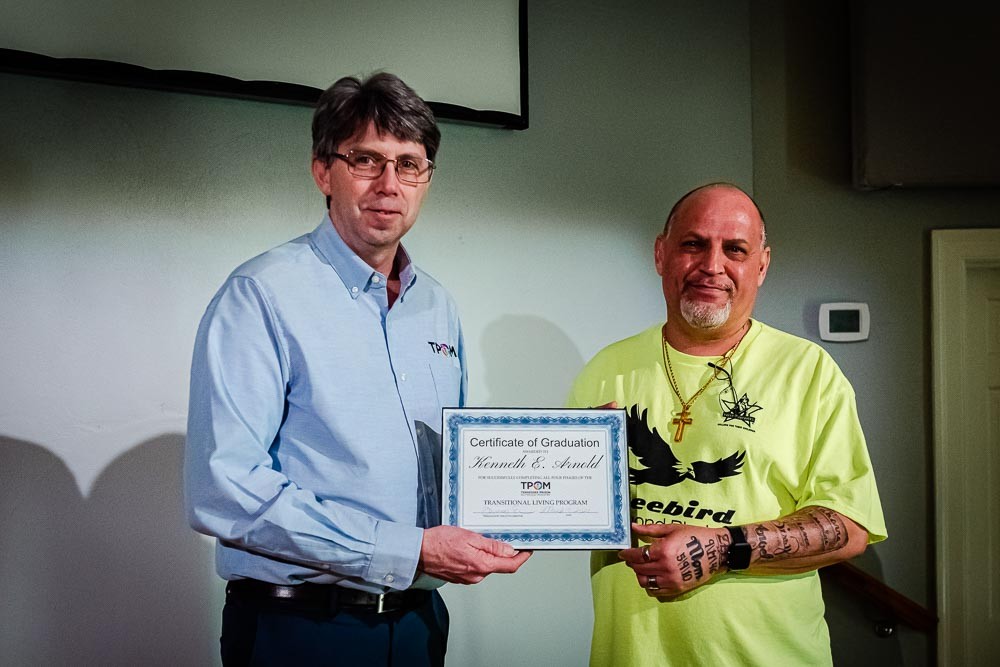 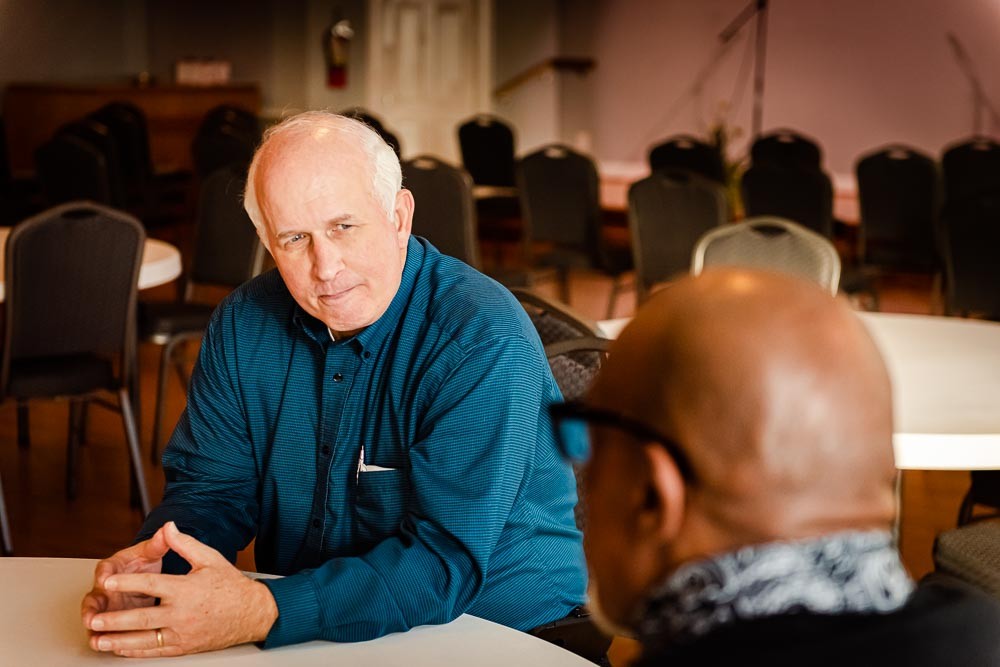 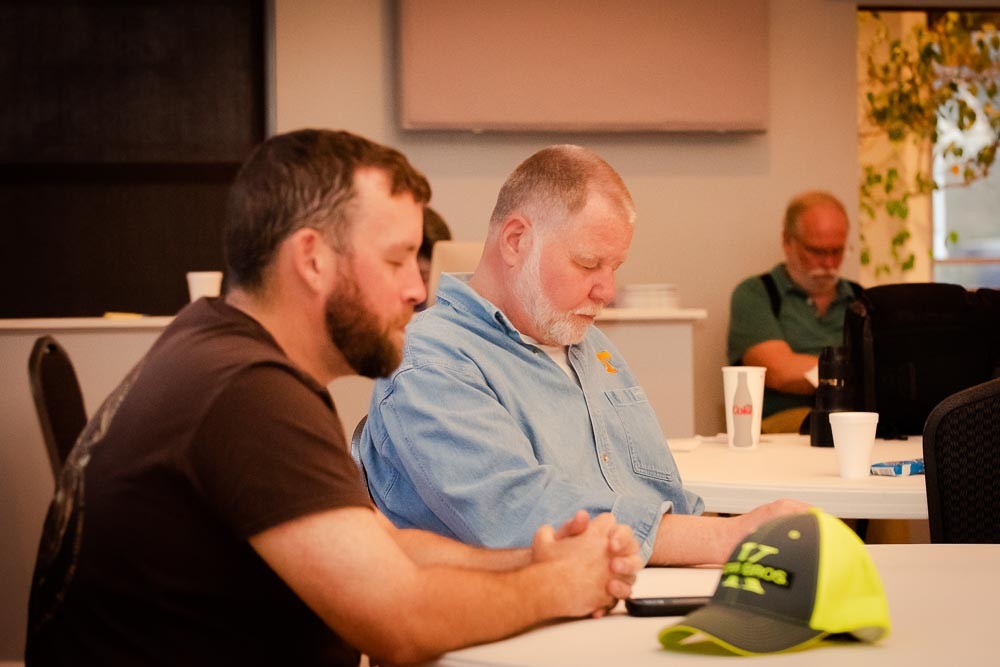 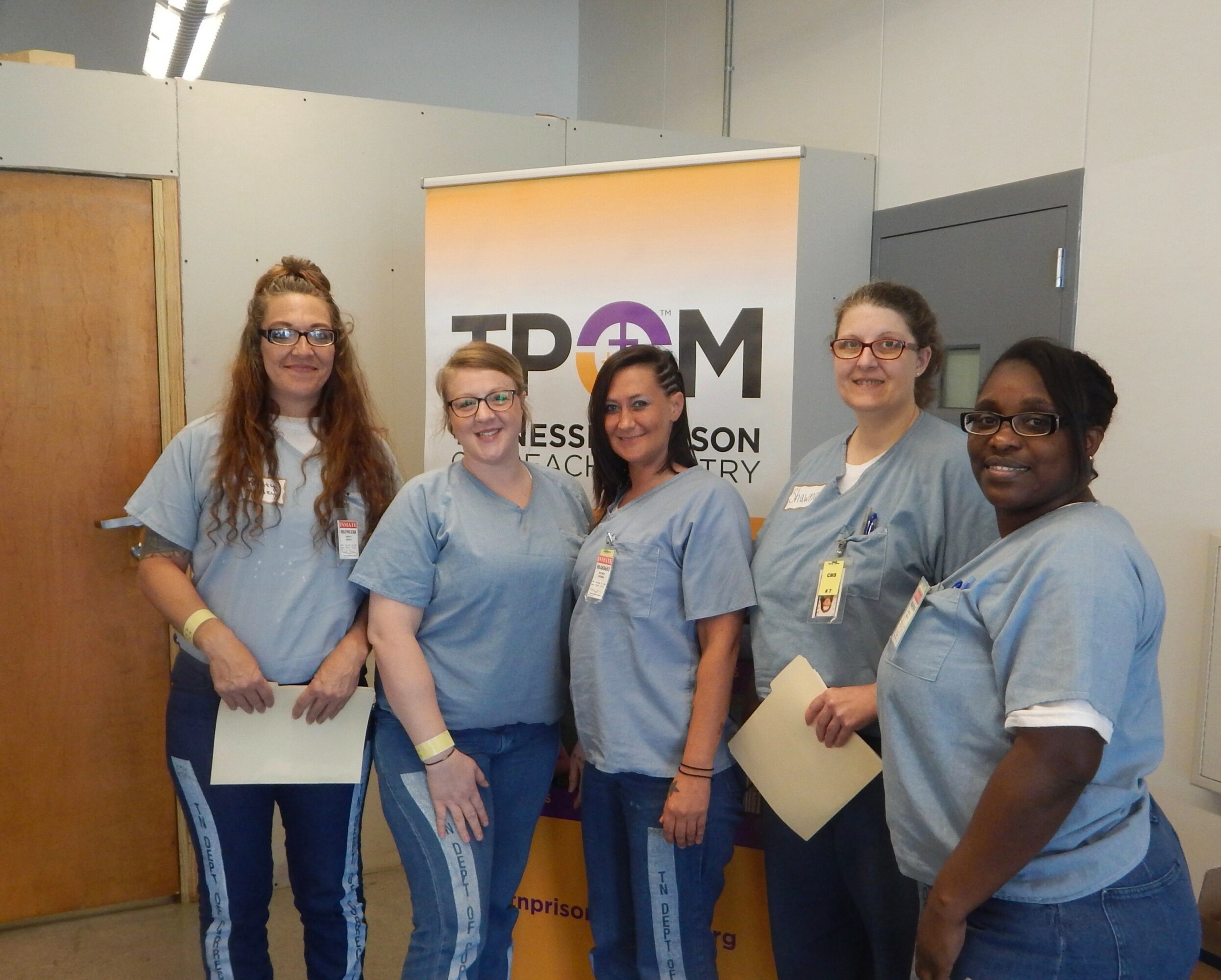 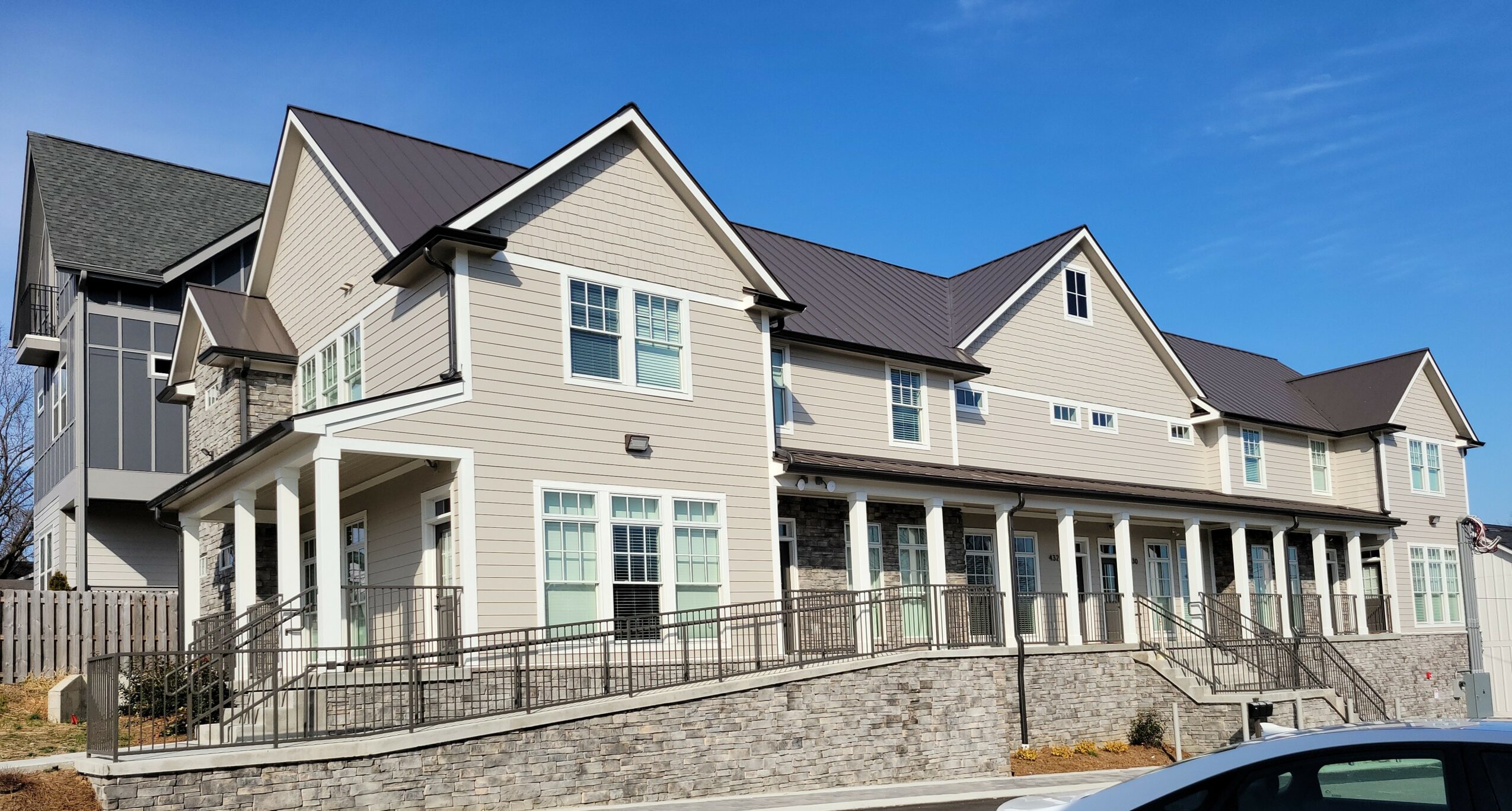