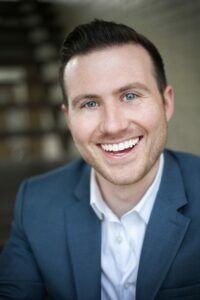 Today we’d like to introduce you to Mark Thress.

Hi Mark, please kick things off for us with an introduction to yourself and your story.
I developed my love for music at a young age, singing with my mom and grandparents in our living room. I didn’t realize it at the time, but my mom had made sure I was introduced to ALL styles of music and artists—from Stevie Wonder and Michael Jackson to Celine Dion and Shania Twain, and even Luciano Pavarotti! No one in my family is a musician, but their passion for music was intoxicating.

As a teenager, I began performing in musicals and volunteering my time playing the piano and singing at assisted living homes—the first time I began to conceptualize the healing power of music. I was surprised at how much the residents LOVED the show tunes, and would dance, sing, and move along to my performances. After seeing the effects of my music, I was convinced that I would pursue a career in Neuroscience in order to study the way music could be a cure for Alzheimer’s and Dementia.

At 17 years old, I was selected to participate in Governor’s School at the Lincoln Park Performing Arts Center, during which I was chosen to premiere and record part of an upcoming musical by Jarrod Radnich.  The rush of the performance was like nothing I had ever felt before. This experience completely changed me. And, it was during this moment on stage that I decided to take my passion for music and turn it into a lifelong career. (Much to the demise of my parents and several scholarship offers for neuroscience…)

While pursuing an undergraduate degree at JMU, I continued to sing, write, produce and perform many styles of music.  After newly discovering my operatic voice, I performed the lead role in several operas (Tamino, “Die Zauberflöte”, Nemorino, “L’elisir d’amore”, Rodolfo, “La boheme”) and placed 1st at the NATS National Student Competition.  Although I was busy studying arias, I set aside time to arrange, produce, and music direct my college a cappella group, Exit 245.  As Music Director, I produced several albums, including Boyfriend Material, which won a CARA award for the Best All-Male Collegiate A Cappella Album in the country.

I was also fortunate to make my international debut thanks in part to an honorable scholarship from the Cornish American Song Institute. During this time, I studied opera performance in England at Oxford, Falmouth, and London, and received numerous master classes and seminars from internationally renowned performers and clinicians.

Throughout my studies, I remained passionate about combining music and science. I graduated from James Madison University with both a Bachelor in Music in Vocal Performance, as well as a minor in Communications Sciences and Disorders. Following my studies at JMU, I continued my education, receiving the prestigious Ohio State University Fellowship, and completed both a Master’s of Music in Vocal Performance and a Master of Arts in Vocal Pedagogy, in addition to the Singing Health Specialization certificate program.

I became fascinated with vocal science and vocal health, which led to an opportunity I received as a research assistant for the Helen Swank Research Lab in Columbus, OH.  I spent two years working in the voice clinic at Martha Morehouse and observed surgeries in the head and neck operating rooms at the Ear and Eye Institute.

I continue to share a passion for music and science, which has led me to several incredible experiences. I have developed music seminars for students with autism and had the opportunity to help establish an iPad Music Therapy Service executed in collaboration with the Hahn Oncology Center at Rockingham Memorial Hospital. In the latter experience, we were awarded a $3,000 grant to develop care-based, music technology solutions for patients to alleviate stress and track cognitive development during chemotherapy.  I have also served as the Director of Strategy and Operations, coordinating with Google Project Developers, MIT researchers, and engineers, working to innovate wearable, hands-free, electronic voice replacements for electro larynx technology. More recently, I began developing a podcast entitled, NeuroNotes, which explores the relationship between music, science, and the creative human experience.

Shortly after my time in Ohio, I decided to move to Nashville and immerse myself into the music scene. Since then, I have worked part time at Belmont and Lipscomb University, teaching private voice lessons and numerous classes. I also developed an artist mentorship program called, Vocal 360 Global. This program takes a holistic approach to the artist and provides numerous resources for developing artists in the music industry.

As a vocal coach and mentor, my clients have experienced noteworthy success. Clients have received 12+ million streams, collaborated with Grammy Award-winning producers, opened for acts such as Lady A, Amy Grant, and Lauren Daigle, received sync deals for Amazon Prime Originals and performed nationally and internationally on National Tours, Broadway, Television, and Cruise Ships.

My current projects consist of our newly developed program, New Roots, in which our mission is to serve young female artists by providing a safe, supportive, and collaborative community in which they can launch their music careers more confidently. My co-founder, Sheridan Gates, and I created this artist organization in order to empower women and provide them with vetted resources in the industry. Through our developing network, artists have the ability to gain real-world knowledge and experience and connect with the movers and shakers of the music industry.

I am grateful for all of the opportunities that I have received here in Nashville, and thank God every day that I made the move 5 years ago!

I currently live in Melrose, TN.

Would you say it’s been a smooth road, and if not, what are some of the biggest challenges you’ve faced along the way?
Everybody has their own unique journey, with obstacles and challenges that they face en route to their dreams. They’re all valid and allow us to grow in our own way. In fact, I’ve grown more from my failures than I ever have from my successes!

Due to the nature of our industry, it’s very easy to think the grass is greener on the other side. Every musician battles the voice in their head that tells them that perhaps it would be easier to quit. Imposter syndrome is real.

Over the years, I’ve fought numerous physical setbacks, which have nearly robbed me of my musical career. My lung collapsed from a severe asthma attack, leaving my parents waiting to hear if I would make it out alive. In grad school, I tore my ACL two weeks before I had to perform the principal role in an opera. This didn’t stop me from performing in the opera, of course, but my character did develop a unique swagger!

As a developing artist, I have been told by many people whom I respected, “your voice isn’t good enough to fit into a chorus.” “There’s no way you’ll make a living as a musician.” “Give up on your dreams because they’re too big and impractical.” “No one will pay to hear you sing.” and my personal favorite, from a well-known director, “I’m surprised we hired you.”

I’ve loved making music ever since I can remember. My path hasn’t been easy, but I’ve continued with focus and determination. Now, I make a successful living as a musician, I’ve sung for and met several of my idols, traveled the world making music, and started my own business mentoring aspiring artists.

Throughout my development as a musician, I wish I had someone to guide me and mentor me through each of the challenges we face. This was the inspiration for my two organizations, Vocal 360 Global and New Roots. I aspire to be the person I wish I had when I was younger.

Appreciate you sharing that. What else should we know about what you do?
I perform, record, and write in my free time, but I am primarily a vocal coach and artist mentor.

I have an extensive background in vocal health, which has allowed me to be a valuable resource for voice users. My work has provided me with the opportunity to coach artists in the United States as well as several around the world, including artists in Greece, Singapore, Philippines, and Canada.

I specialize in developing an artist’s “Legacy Voice”. This is my holistic approach to an artist and includes developing not only their voice, but their songwriting ability, their brand, how they convey their message, what their “purpose” is, and the lifestyle they intend to live. I think it is extremely valuable to develop your Legacy, by growing as an individual.

I am most proud of my two organizations, Vocal 360 Global and New Roots. Both programs provide opportunities for developing artists to become immersed in a supportive community and gain the resources that are necessary for a career in the industry. I love to learn from other people, which inspires me to consistently make new connections and grow as a musician and mentor.

Can you tell us more about what you were like growing up?
I have always been obsessed with learning new things. (Yes, I’m a huge nerd and always have been!). Music and science have always been my favorite subjects.

I was quiet, reserved, and always followed the rules. I got good grades and aspired to do the right thing at all times.

If I had an opinion, I was afraid to speak up. It was a challenge for me to have a voice.

Although I played 3 sports in High School, I spent the fair majority of my life wishing I fit in with the cool kids.

Instead, I related more with the “nerds”– and probably still do.

I can proudly say I am less quiet now, and I advocate for those who don’t have a voice. 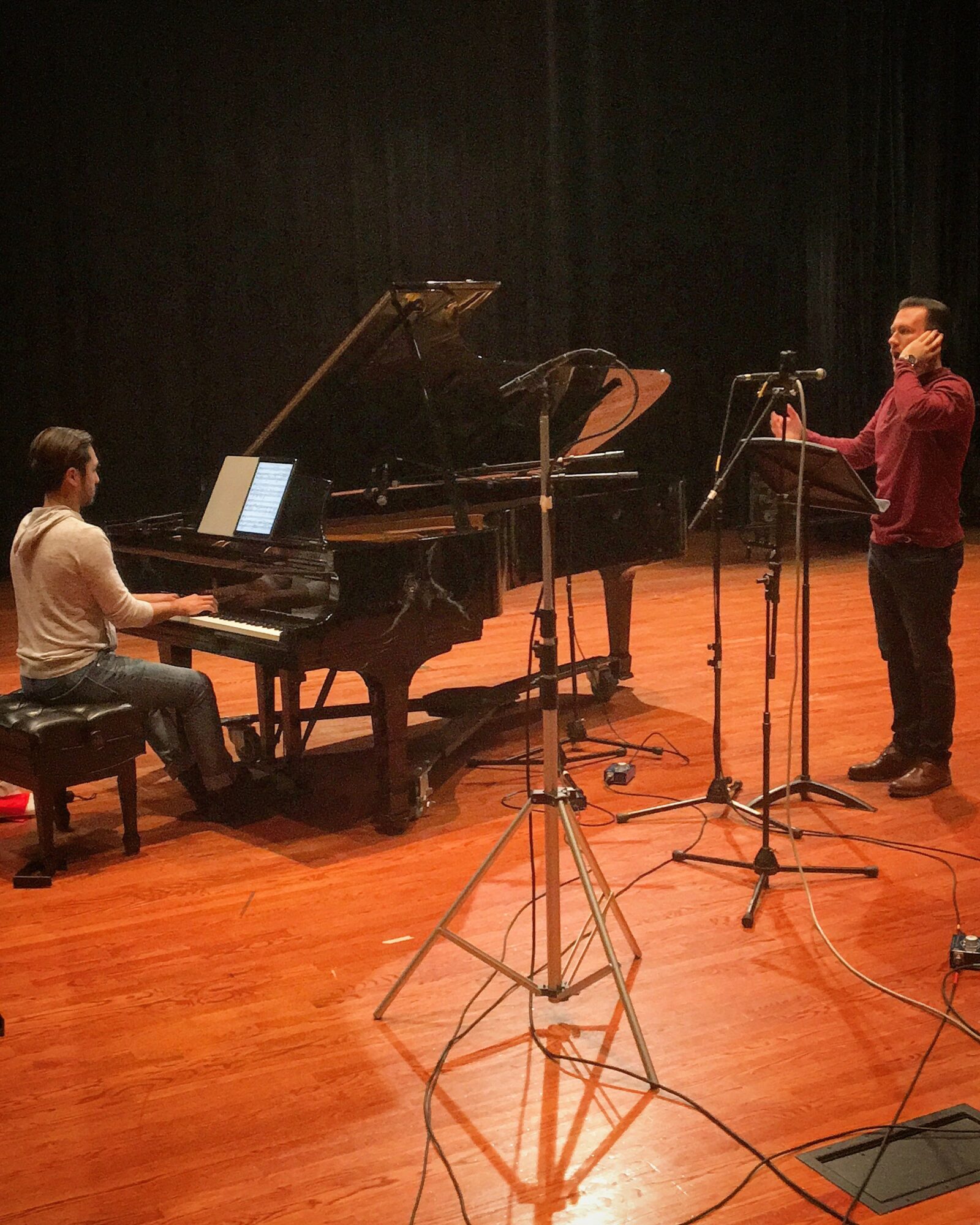 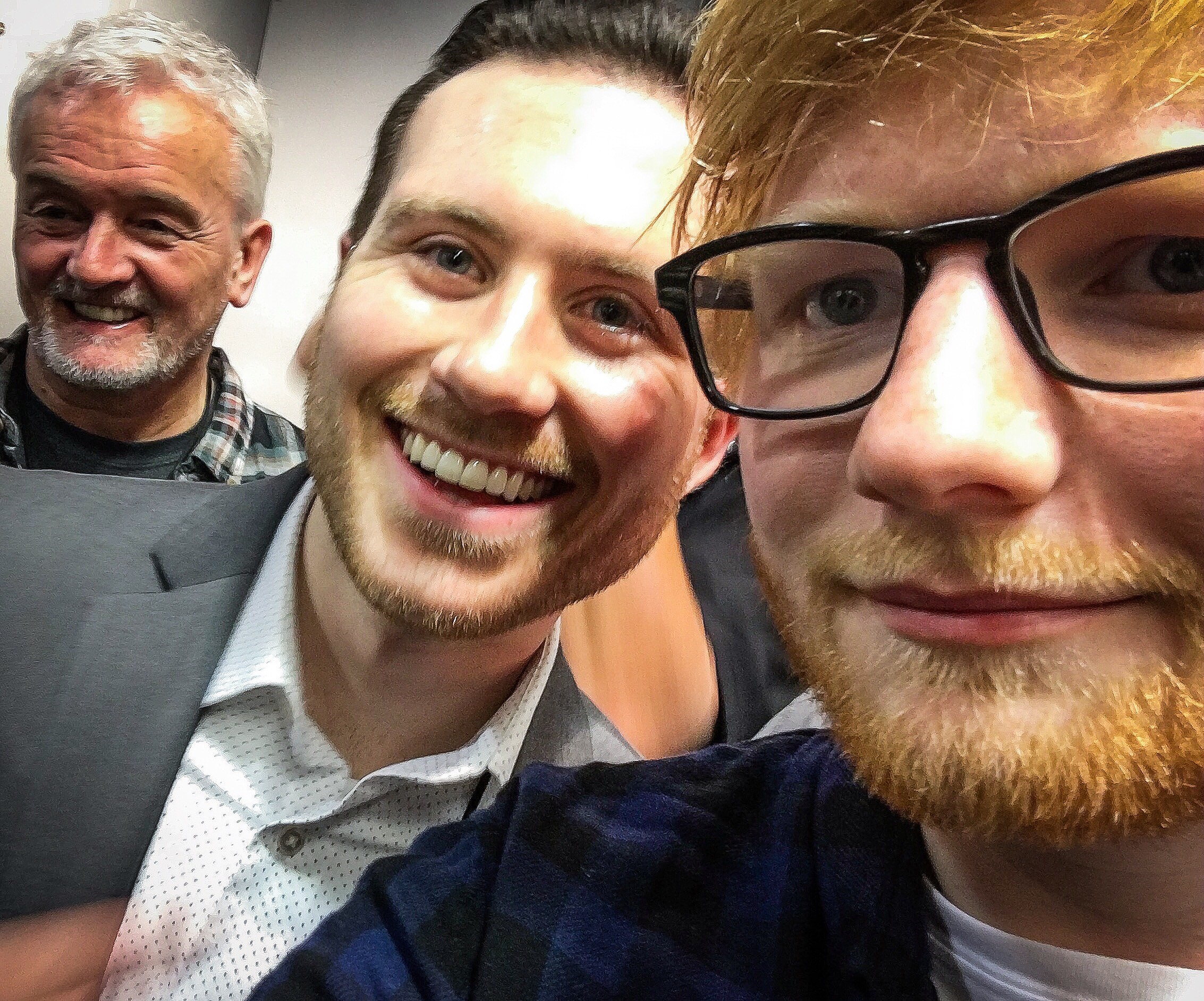 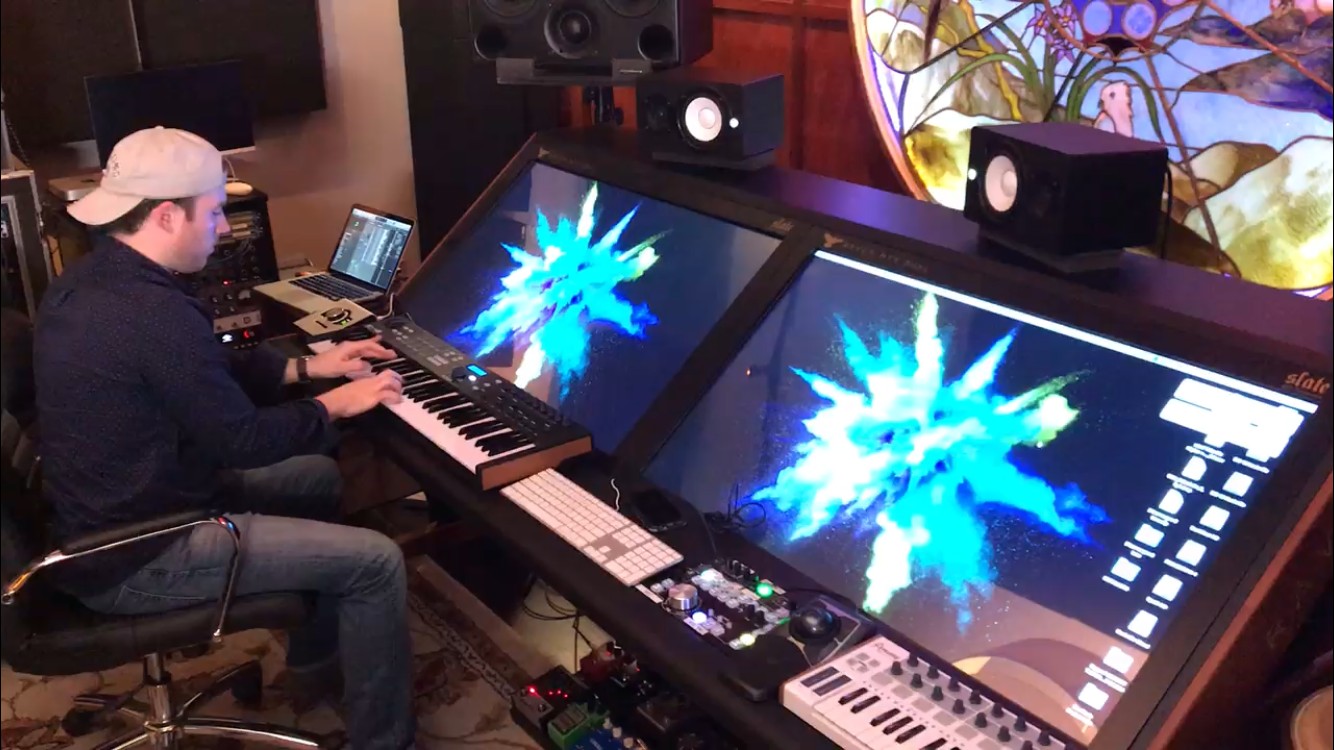 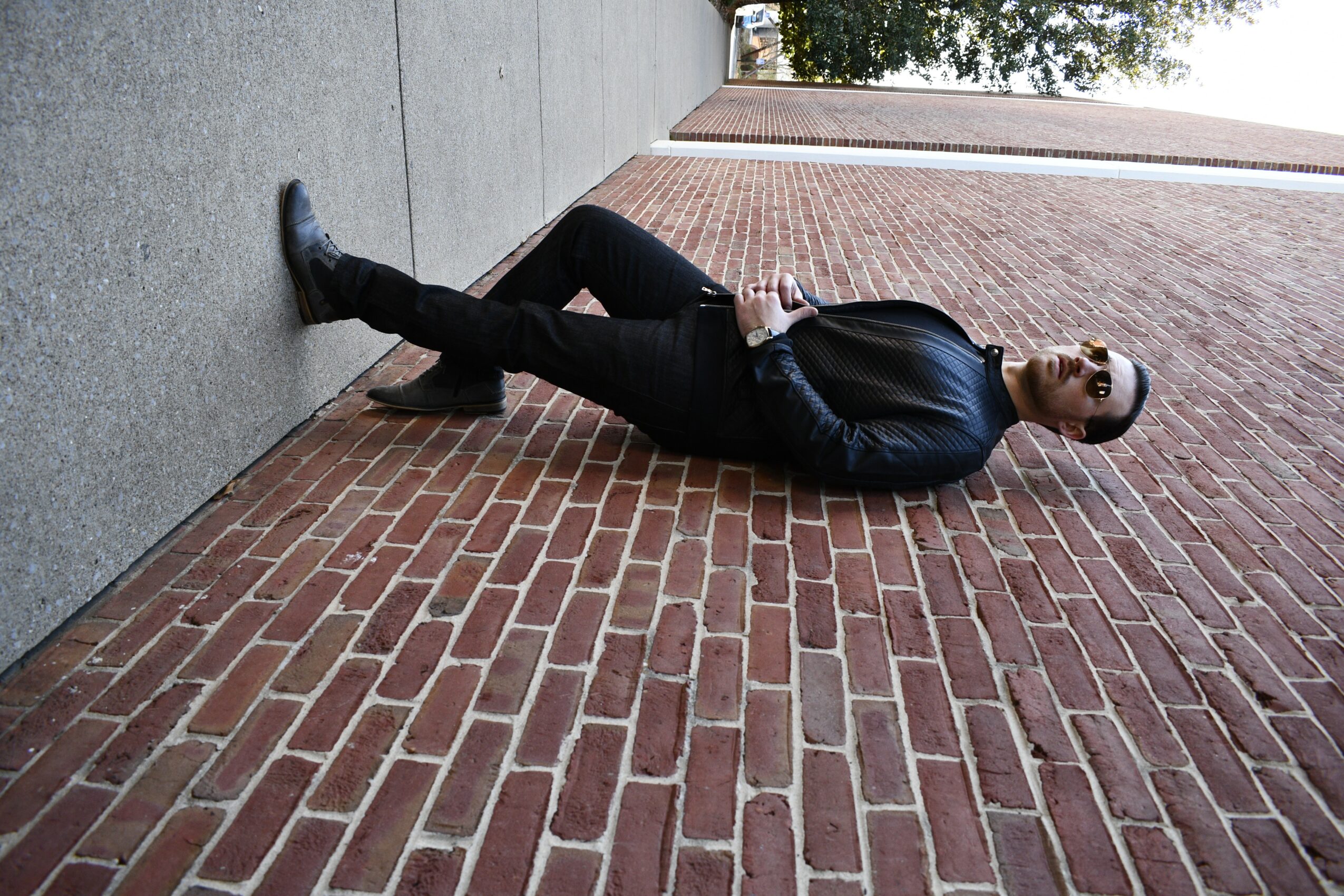 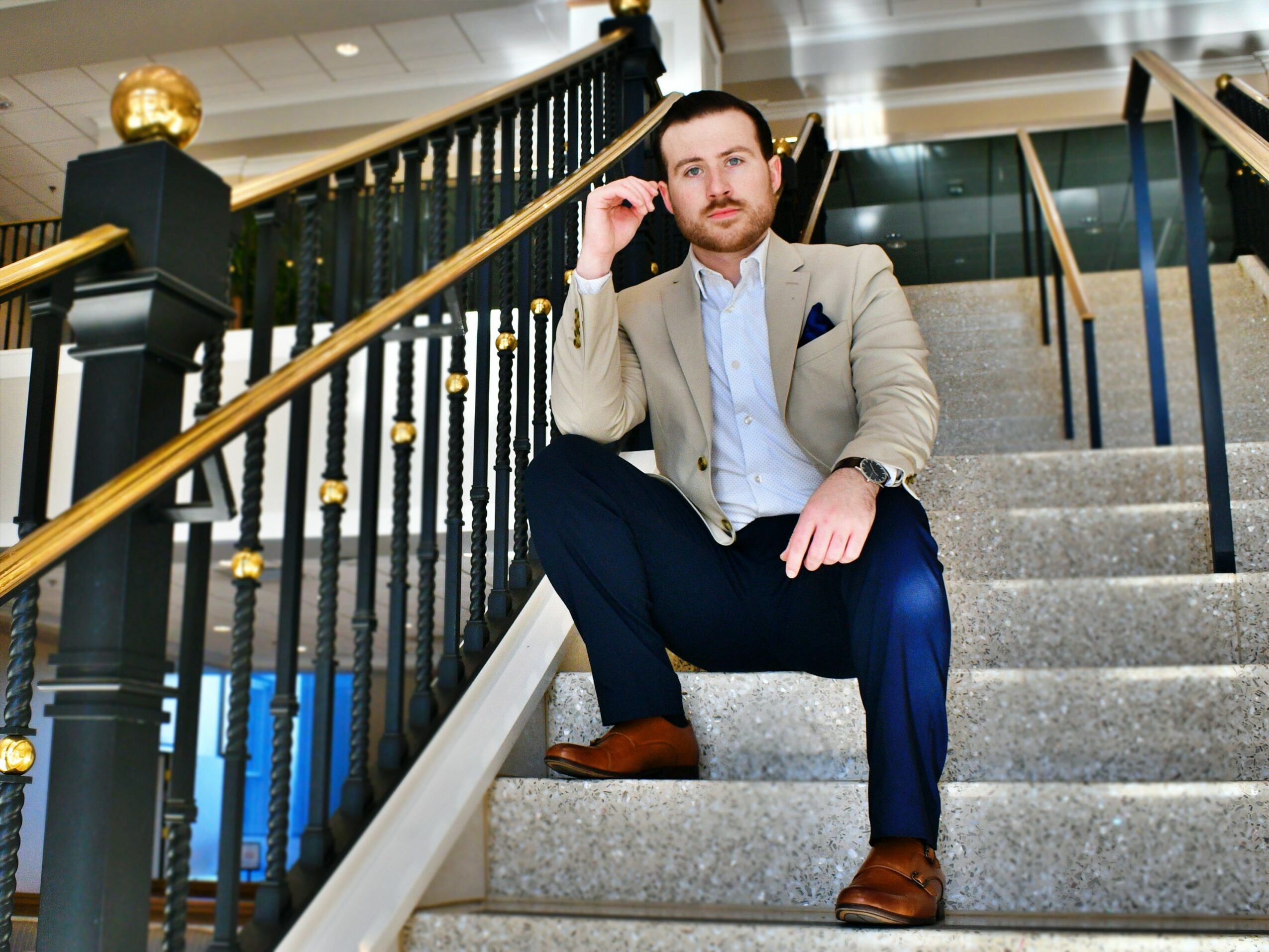 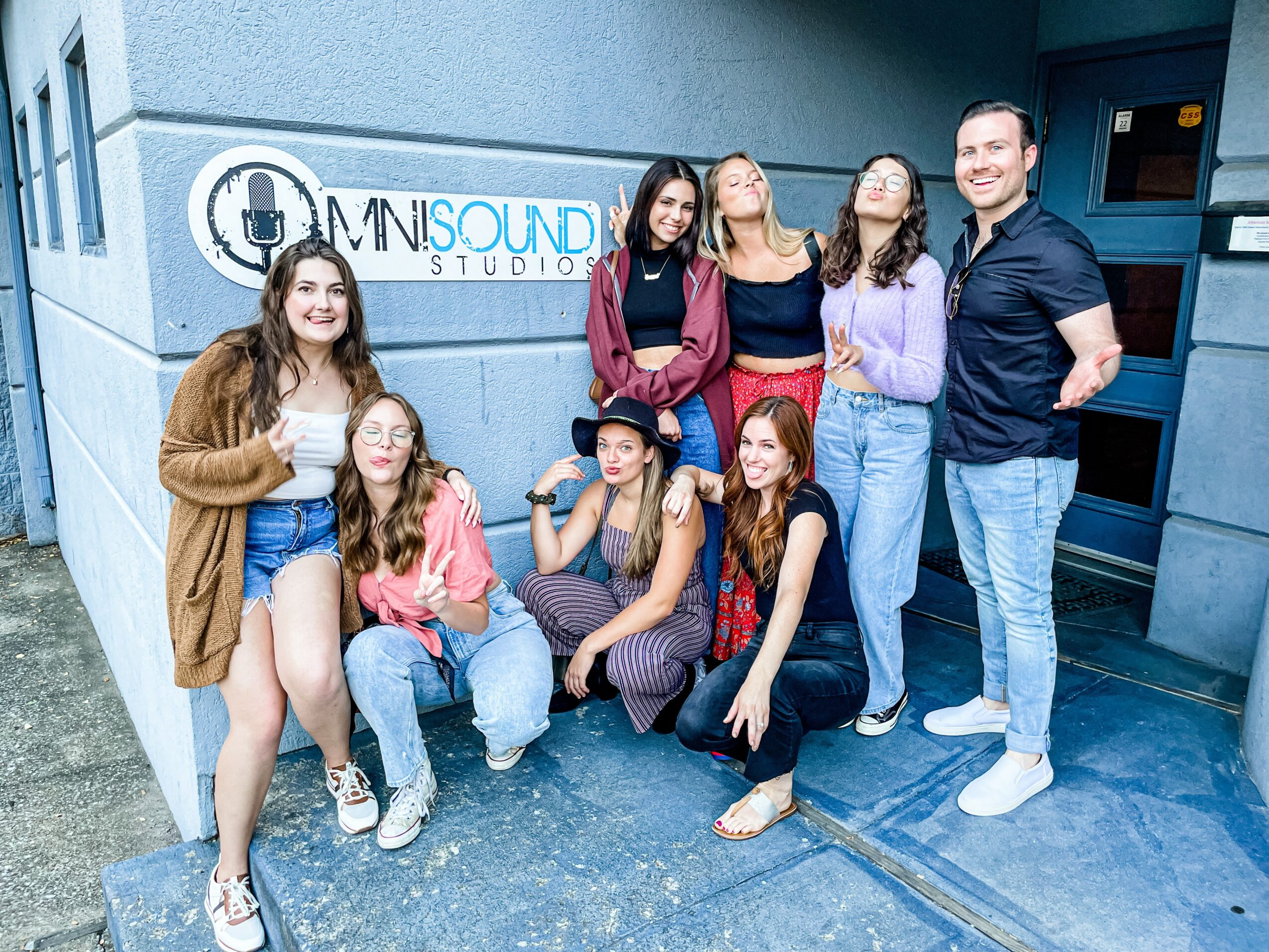 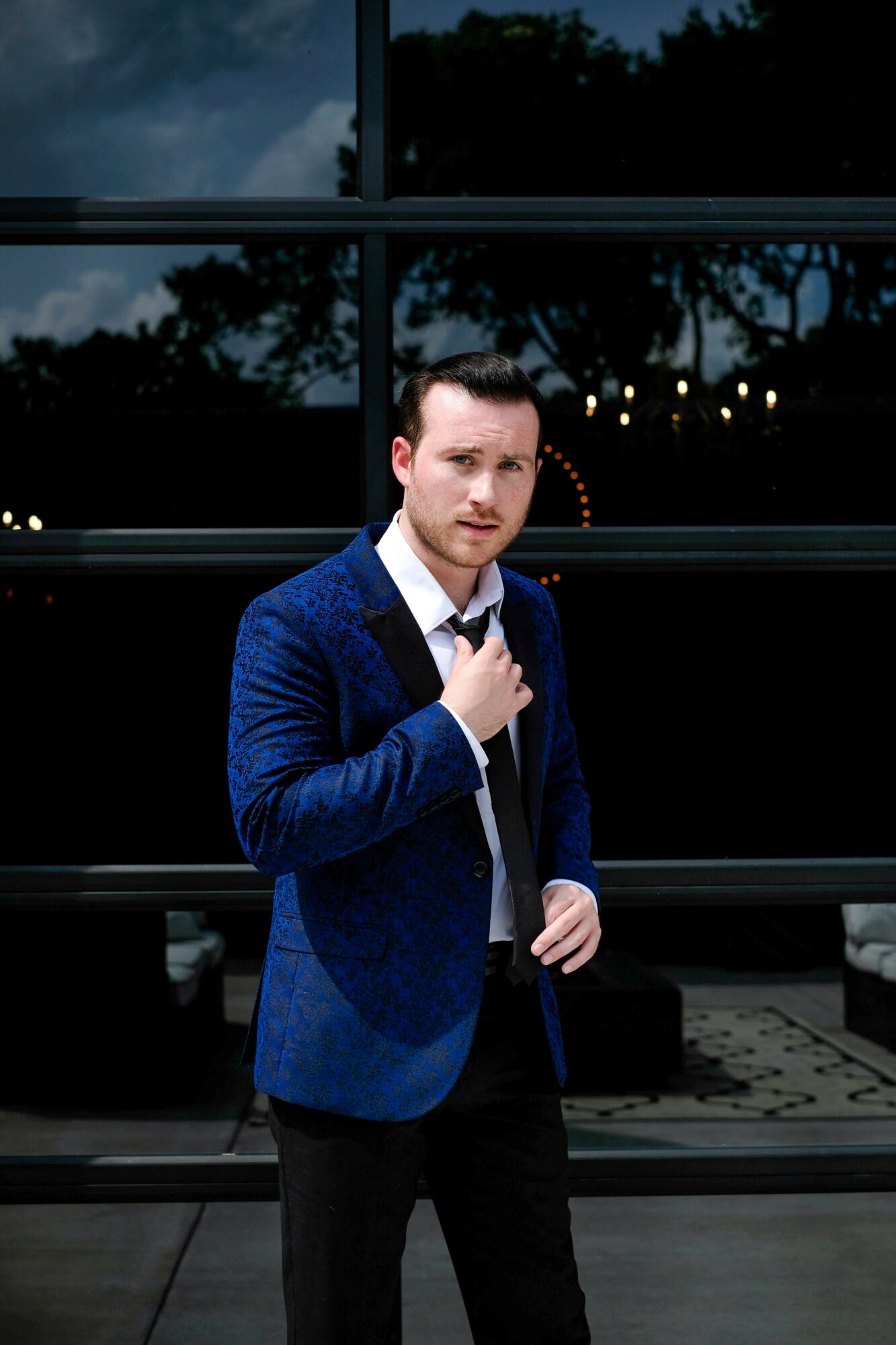