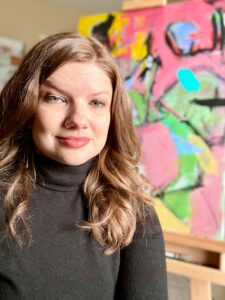 Today we’d like to introduce you to Megan Watkins.

Hi Megan, can you start by introducing yourself? We’d love to learn more about how you got to where you are today?
I have been drawing since I was able to pick up a pencil. I never entertained the idea of doing art for a living. When I first got to college, I completely abandoned it. It was like, “Okay, now I have to do something real to get a proper job”. I initially declared my major as psychology.

In my second semester of college, I went on a trip to France and Italy with my art appreciation class to see the Louvre in Paris and Da Vinci’s town of Florence—I quit fighting it.

I changed my major to art as soon as I returned from that trip. I honestly had no idea what I was going to do with it when I made that decision; I just knew I would deeply regret dedicating my life to studying something I loved. It wasn’t until I picked up a weathered book at my local library about art therapy by the art therapy godmother Judith Rubin that I seriously began to think about a career in art and psychology intertwined.

Before moving on to pursue an art education degree at The University of Southern Mississippi, I worked as an art activity technician at an inpatient psychiatric hospital over the summer. These three months were the most influential experience for my art practice and work because they allowed me to see art as a raw healing force.

Over the next decade, I bounced around from teaching gigs from public schools to art museums in Mississippi and Georgia along with several other odd jobs including book illustration and retail before going back to school to get my second master’s degree in Social Work at The University of Georgia. Throughout this period of my life, I remained active in making art in a small corner of my various apartments.

When I moved to Nashville in 2017, I started an Etsy shop and launched my website to begin to seriously sell and promote my work for the first time. Since then, I have been in a few shows and continue to create collections of work for release. I continue to work and study art on my own time to find my voice.

I have worked on my art for years, but I have always had a “day job.” The idea of parting with my health insurance is terrifying. I know the further I go down this path I’m going to have to get more comfortable with taking risks and finding other alternatives to keeping myself afloat.

It helps that I do something I enjoy to keep my current stability. I am a social worker in the medical field and maintained that profession during the entirety of the pandemic. I figured if I could survive that, I can do anything. There are times when I come home from work and I am completely exhausted, but I have to paint.

Thanks – so what else should our readers know about your work and what you’re currently focused on?
My work is an uncommon expression of death and how art can manifest from deep grief. My paintings are bright sprawling technicolor designs of pure abstraction of botanical plants. The lines in my abstracts are informed by the organic forms of the vines and tendrils of the pothos plant living on my window sill.

Natural forms echo from these abstracts. I believe in death positivity, a movement coined by death advocate Caitlyn Doughty. It is a theory that means to approach death as a natural part of life and not something that is abnormal or to is approached with great fear.

Plants are a great equalizer. When we die, they bloom from us. It does not matter what happened in the person’s life, bleak or joyful, we go back to the earth in one form or another. Plants are a metaphor for rejuvenation and life.

When the new season of birth comes after the cold of the winter, bare twigs and blooms come forth from seemingly nothing. The plants are still there through the dark frozen times just under the surface roots remain. Hope under the surface of despair.

My paintings are a visual response to this ever-present reminder of hope after loss.

What sort of changes are you expecting over the next 5-10 years?
Painters and two-dimensional artists have been increasingly embracing video. I think that this fascination with putting a painting in motion on screens comes from Instagram’s shift to video to compete with video platforms such as TikTok and YouTube.

Since the early 2010’s Instagram has been one of the bigger platforms for artists to advertise their work and reach out to their audiences in an authentic way. While I feel there has been some resistance in the arts community to the reels phenomenon, I find the new terrain filled with creative possibility.

I do not see the painter turned videographer trend going anywhere anytime soon.

I adore the idea of using video with painting. It really is not an entirely foreign jump historically. Jackson Pollock’s process was filmed as part of Hans Namuth’s documentary on Pollock’s style. David Lynch’s earliest work while he was at the Philadelphia Academy of Fine Arts was a moving painting on film.

Andy Warhol famously used video and film for a large portion of his artistic catalog. It will be exciting to see what happens with this blending of media in the coming years. 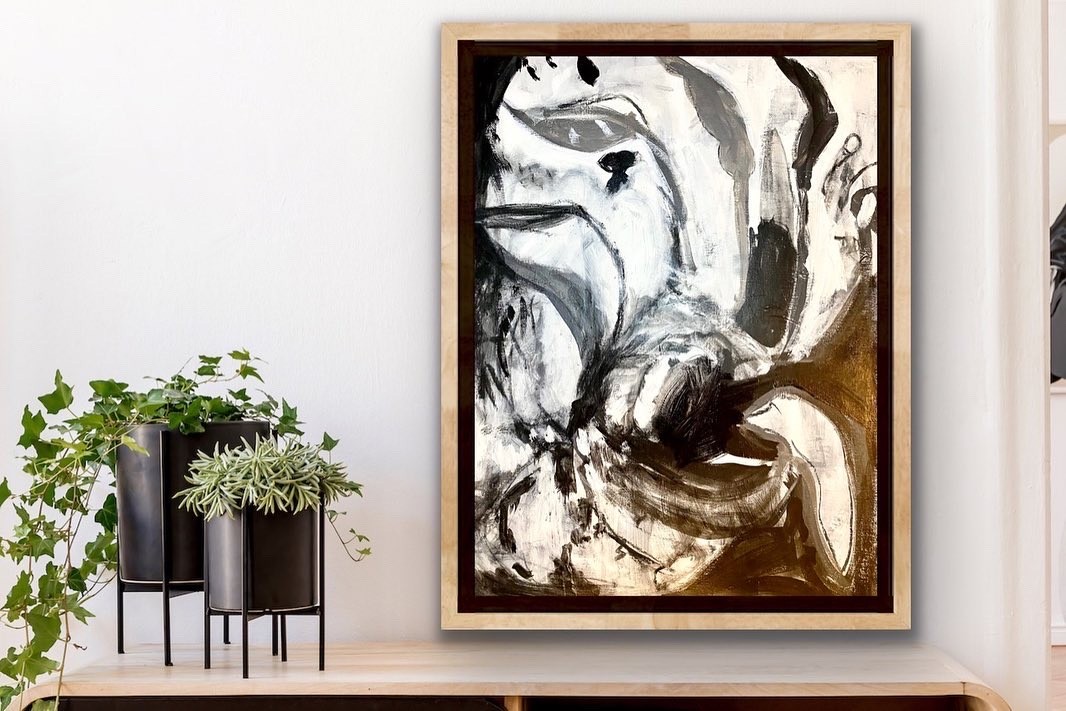 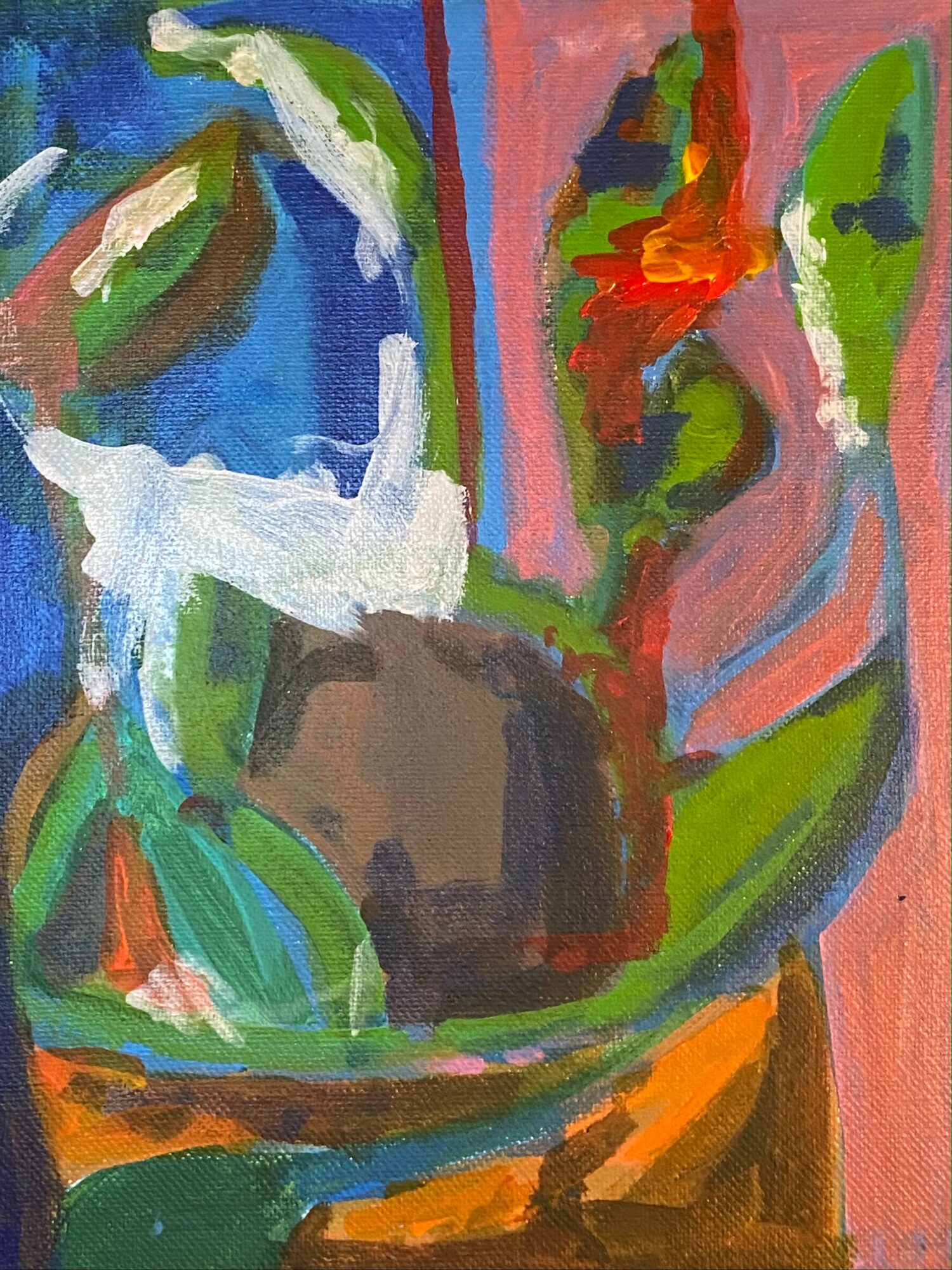 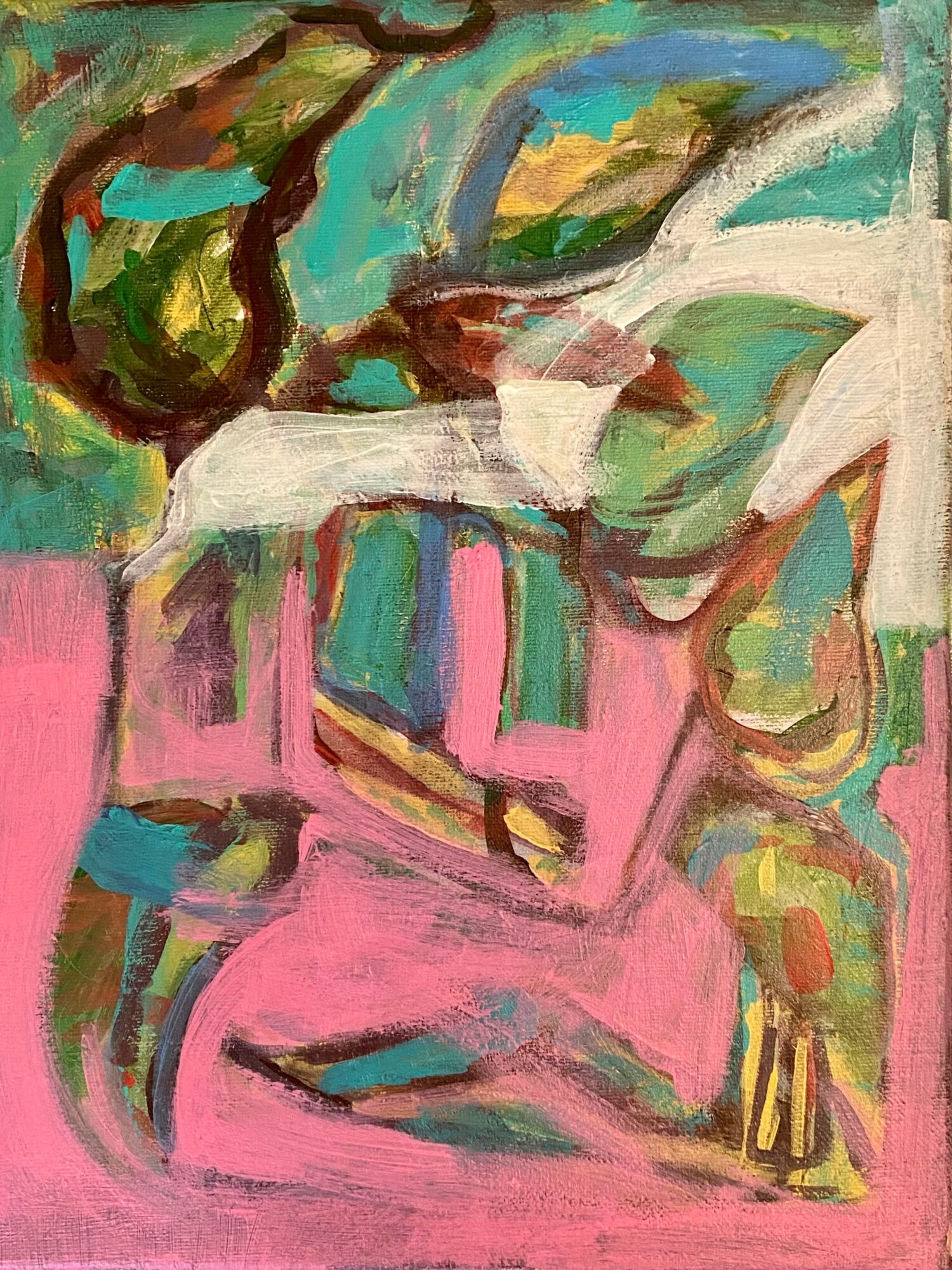 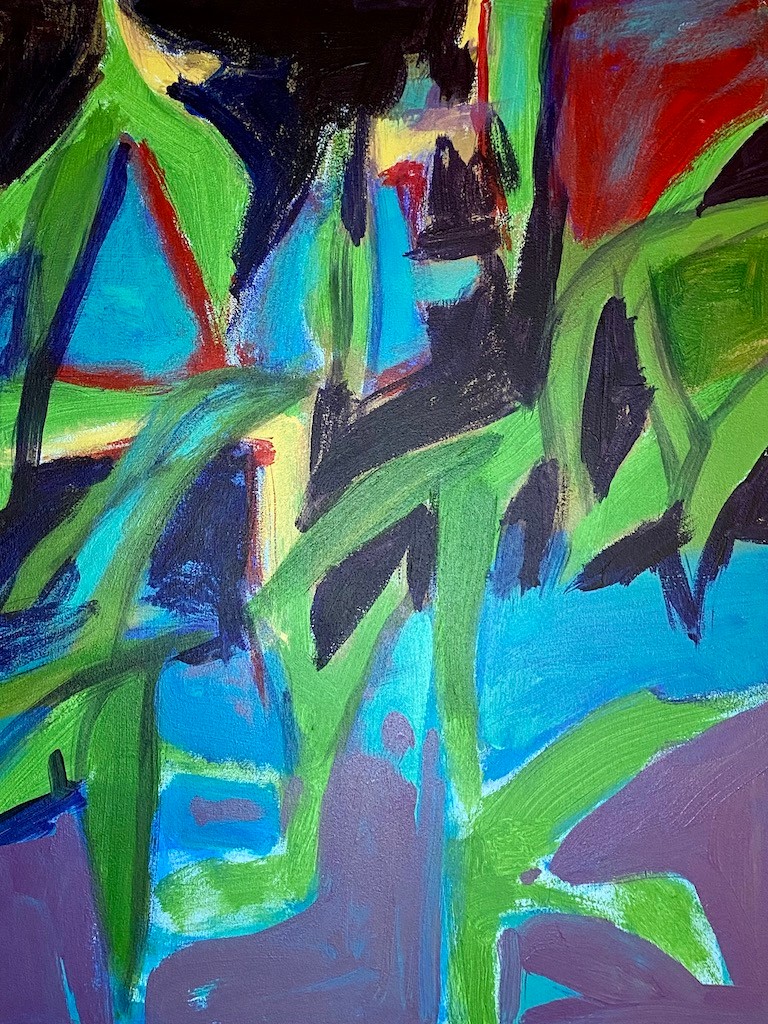 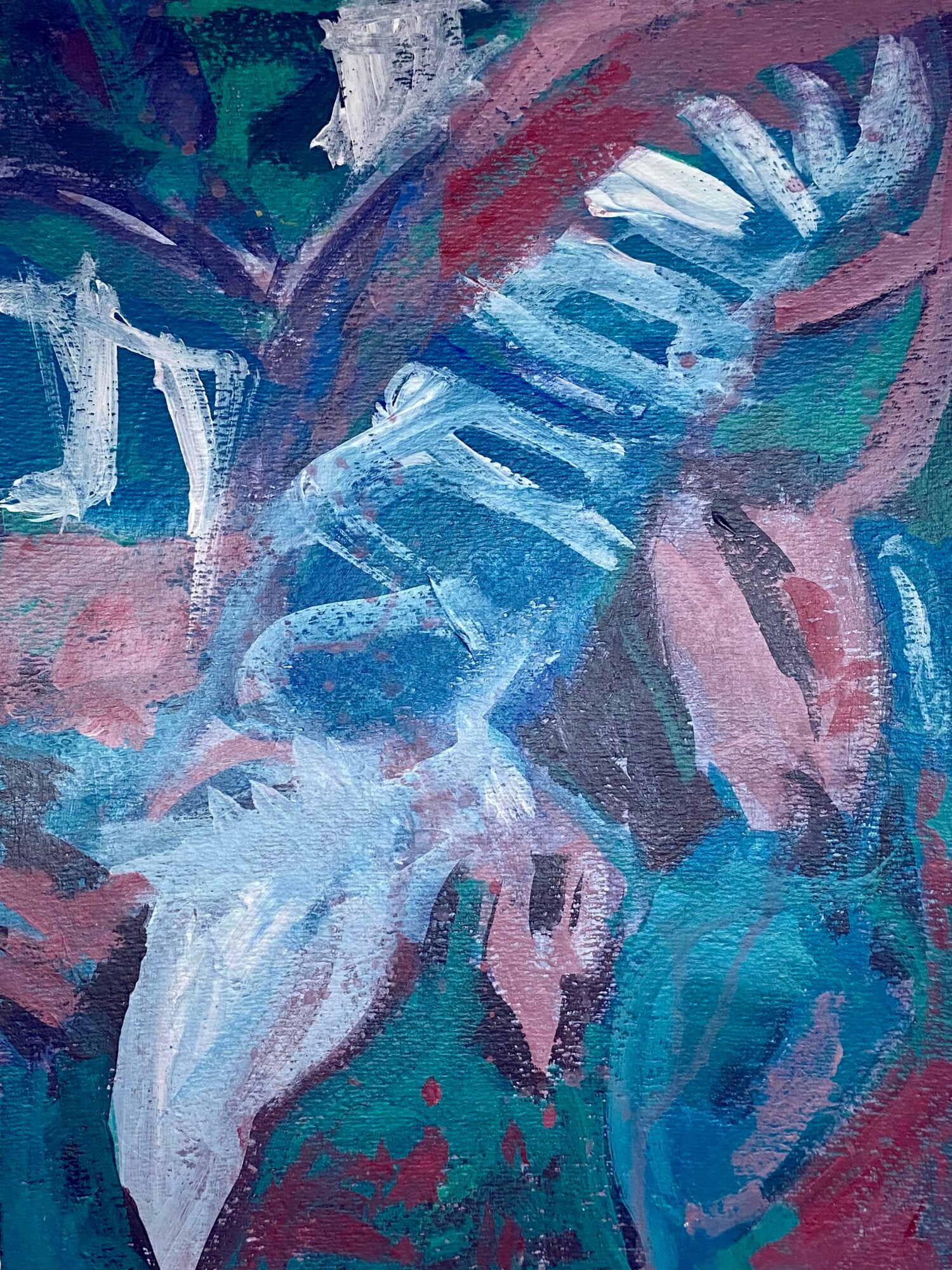 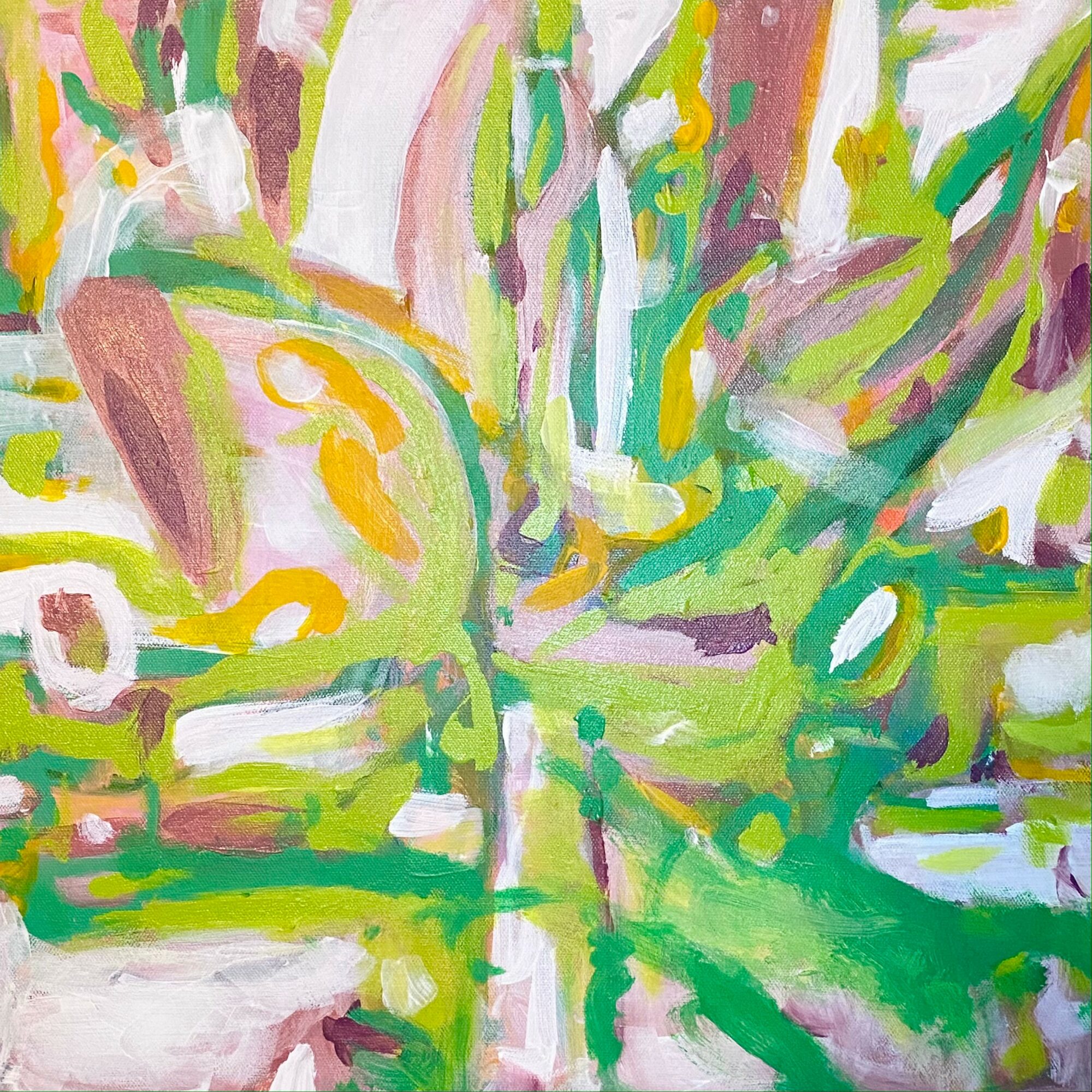 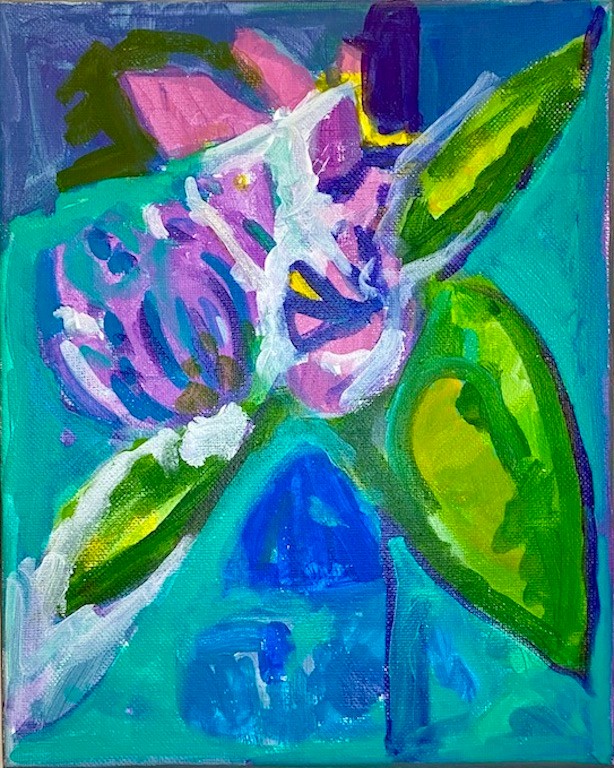