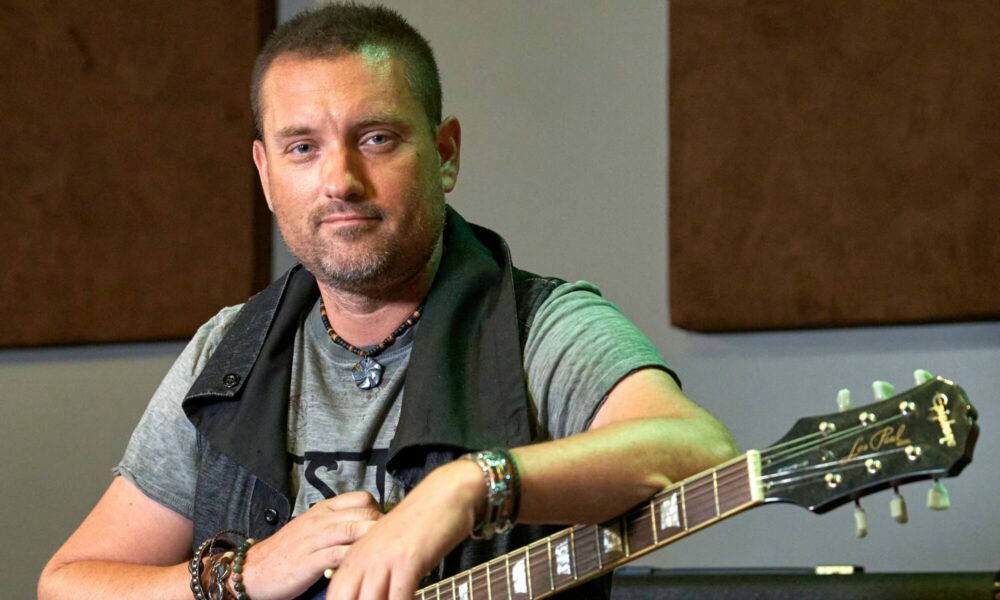 Today we’d like to introduce you to Ben Byler. They and their team share their story with us below:

Ben Byler, a native of Nashville, TN Music City USA has been in entertainment most of his life. He has a very successful background in the arts, film, radio, and television.

He has performed with many Grammy and CMA Award-Winning acts including a recording and publishing career working with Warner Brothers, EMI, and other Music Row subsidiaries. Since 2016 his career expanded into production developing and hiring hundreds of musical acts for international cruise lines.

Ben began performing at Opryland USA in Nashville, TN from 1989 until the park’s closure in 1997. His film and TV credits include music videos for stars like Billy Ray Cyrus, Alabama, Sawyer Brown, Barbara Mandrell, and Doc Walker; TV series including The Crook & Chase TV Show, and national commercials for Toyota and other national brands. He also toured with Grammy Award-Winning artist Lee Greenwood as a teenager.

Ben received two music merit scholarships from Belmont University, in Nashville, and Berklee College of Music in Boston. He was awarded Young ARTs POP Vocalist of the year in 1997 before heading off to University.

A publishing deal with A.P.I. Music Publishing and Image Management, he began writing and recording with some of Nashville’s top writers. This landed a feature on the Travel Channel’s Nashville Hour and a shout-out from famed artist Naomi Judd. Ben also pinned the title track to artist Brittney Well’s hit Lovin Every Minute of It, it later released in 2002.

In January of 1999, Ben was cast in the hit Rock and Roll musical, The Summer Of 66. This show opened in Myrtle Beach, SC the spring of 1999 by Jim Owens, CEO, and owner of Crook and Chase Productions. The show was a hit and stayed for two seasons! Ben also served as a backup singer for the Crook & Chase Television show airing on its last two seasons on The Nashville Network. There he performed alongside many Rock & Roll and Country Legends including appearances by Trisha Year Wood, John Travolta, Chubby Checker, and Patrick Swazy to name a few.

After a short break from Entertainment. Ben spent several years in Pigeon Forge, TN working for Dolly Parton and hosting another local theater there. He had the opportunity to perform with some of Country Music’s greats like Faith Hill, John Berry, Bryan White, Jean Shepherd, Jim Ed Brown, Linda Davis, Lee Greenwood, and many more. This led him to write and record the Country Legends Podcast featuring many of the artists he worked with. This is available today on Sound Cloud for free under a creative commons license.

Ben ventured on from theaters to cruise ships in 2009. Performing in stage shows and as a featured entertainer, Ben realized his passion for production and was invited to lead the music program development for Carnival Cruise Line in 2016. There he would develop and train close to a hundred acts per year out of their studios in Davie, FL.

During the COVID Pandemic, Ben ventured out to develop his coaching platform Perforemost to help other artists develop their brands. Ben has been coaching and connecting aspiring acts, and top talent, with top brands. As a coach, he has mentored finalists from The Voice, X-Factor Winner, and a #1 Billboard artist.

His mission today is to help artists find their stories and connect them with causes and brands to build community and inspire the next generation. Follow Ben on his social channels @benbylermusic or @perforemost.

Would you say it’s been a smooth road, and if not what are some of the biggest challenges you’ve faced along the way?
Doesn’t everyone have obstacles and challenges? Were mine any more difficult?

I don’t look at my challenges or difficulties as more or less. Our weaknesses give us strength and help define who we become. I always like to refer to Johnny Cash’s saying when asked why his guitar picking style was so simple? He told his questioner he wouldn’t want to play anything more difficult as that would mess up his style.

Challenges keep us from playing too hard so we know just the right notes to play.

Was I a socially awkward child? Yes! My family is very artistic. God Bless, my mother was also a stage parent and had my sister and me develop in so many activities. We had very little time for school and forming early childhood bonds. Most of our friends were older or other artists. On top of a slight learning disability, I had trouble communicating with my peers.

Music was eventually the voice that led me to express myself. Nashville was great for that. By my senior year of high school, I believed I’d won over my peers and really started developing my self-esteem and friends.

Early success provided an amazing childhood in other ways. We had a close family and we were able to travel a lot. Our parents were very giving and wanted my sister and me to have every opportunity they didn’t. They were young parents and didn’t see everything we were being led into with the entertainment business.

I had a lot of early success. This led to many offers for representation. As a young man, I felt I had been in the business and had my wits about me. I wasn’t prepared for the predator and the first major challenge of my life and career.

In my late teens, I was introduced to a producer/manager who had money, influence, and great respect in the Nashville Business community. His personality and generosity seemed wise and benevolent. He was a predator. He lured me into a grooming process of sexual abuse that greatly impacted my development.

This ended with a sexual assault I walked away from that ended several amazing open opportunities with it. I was devastated and slowly lost momentum and who I was as an artist. 10 years. That was the impact of the attack on my character and the healing process I went through. A failed marriage, debts, and doubt pulled me away from my passion.

Fortunately, music was a voice and calling that never left. With obstacles and failures, you are never starting from scratch. I found it easy to pick up where I left off. I began having opportunities come back and too many to choose from. Where would I go next? Part of my healing journey was just learning to love myself again, and let go of negative behaviors, thought patterns, and influencers.

This bad situation didn’t define me. It allowed me to see myself and view others who triumph over their struggles with a grateful heart. This also led me to connect with others through my own experiences better. Humility is a gift that allows us to communicate and build bridges.

To me, that is the most important part of what I’m doing now. I can identify and help younger artists see their true potential in whatever stage of life they are in and have an impact.

Appreciate you sharing that. What else should we know about what you do?
I am a singer-songwriter and I am a live music performance coach. Where I continue to write, record, and perform, my passion is also helping other artists and bands tell their stories. This starts with a process of really listening to someone and helping them clarify the why behind what they do.

For me, music is a voice. Not just because I love to perform, but because in all my social awkwardness as a kid I found my voice through music. In my setbacks as a young adult, I found hope through music.

Knowing my story and helping others find theirs is foundational for building a performance strategy to connect them with their audiences. Before developing content or performing on any stage, where are you going? This is what I want to help artists and bands clarify. Only through understanding why can you truly unleash your passion and ignite your abilities. This creates authenticity.

Next, I work with artists and bands to know who their audience is. What does their audience want to hear that will truly resonate with them. Artists and bands are amazing at internalizing what their message is and not being able to say it musically or visually. Breaking them out of this mold is the next step.

Developing a performance strategy requires meeting your audience where they are along their journey. This requires creating the right moments and defining your brand to attract them. Knowing who you are and setting up your story brand is the first point of confidence.

Either through virtual coaching or in-person sessions, we break what all this means combining that with performance techniques. These techniques aren’t secrets and I share them in the blogs and videos I produce. They are however intended to be done from the mixing board or the producer’s chair.

Once taught, these methods can be easily reproduced and replicated for live shows, virtual performances, or as part of your social media strategy.

Is there anyone you’d like to thank or give credit to?
My family and my parents especially helped me to learn and love unconditionally. People fail, we all fail, but we are all part of a journey together trying to build trust, faith, and community with each other.

My pastor Leanord Markham and the legacy of Christian missionaries and service members on both sides of my family.

My long-time vocal coach Mark Perry invested his life in his students and gave me the athleticism I needed to be a great vocalist.

My sister has always inspired my writing abilities with her gifts, her faith, hope, and love.

The Carnival Music Team 2016-2019. I was blessed to be part of a group of music creatives who helped mold me as a leader and coach. We continue to support each other.

Artists: Jim Ed Brown and Linda Davis were incredible to me as a young singer sharing their stories and allowing me to dream big. Lee Greenwood for putting me on my first big stage and showing up every night for his audiences with his incredible voice, musical ability, and showmanship.

My first mentor and music coach Paul Couch started my career and took me back after my greatest setback.

Jemma Picken my partner and co-anchor with who I’ve shared so many adventures. 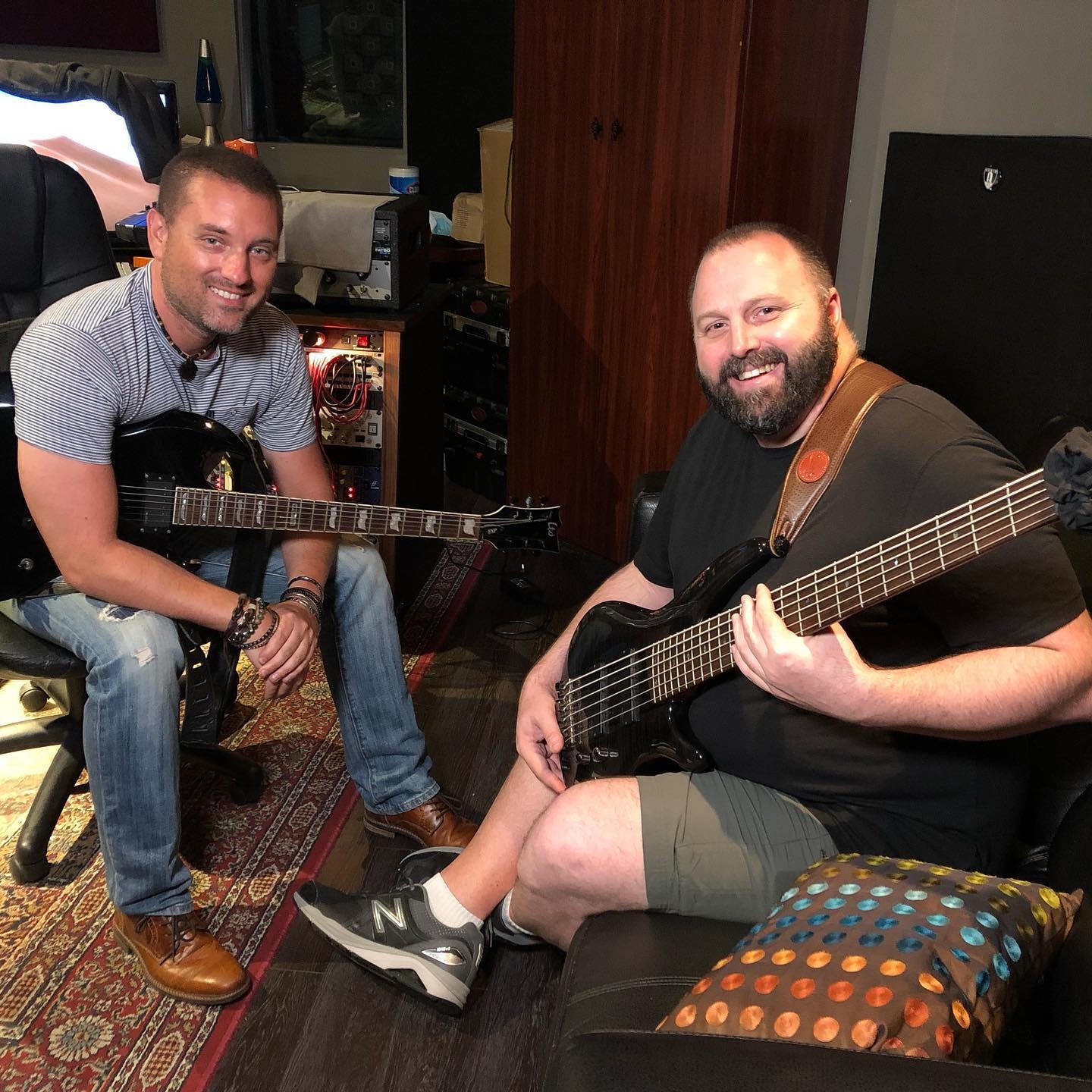 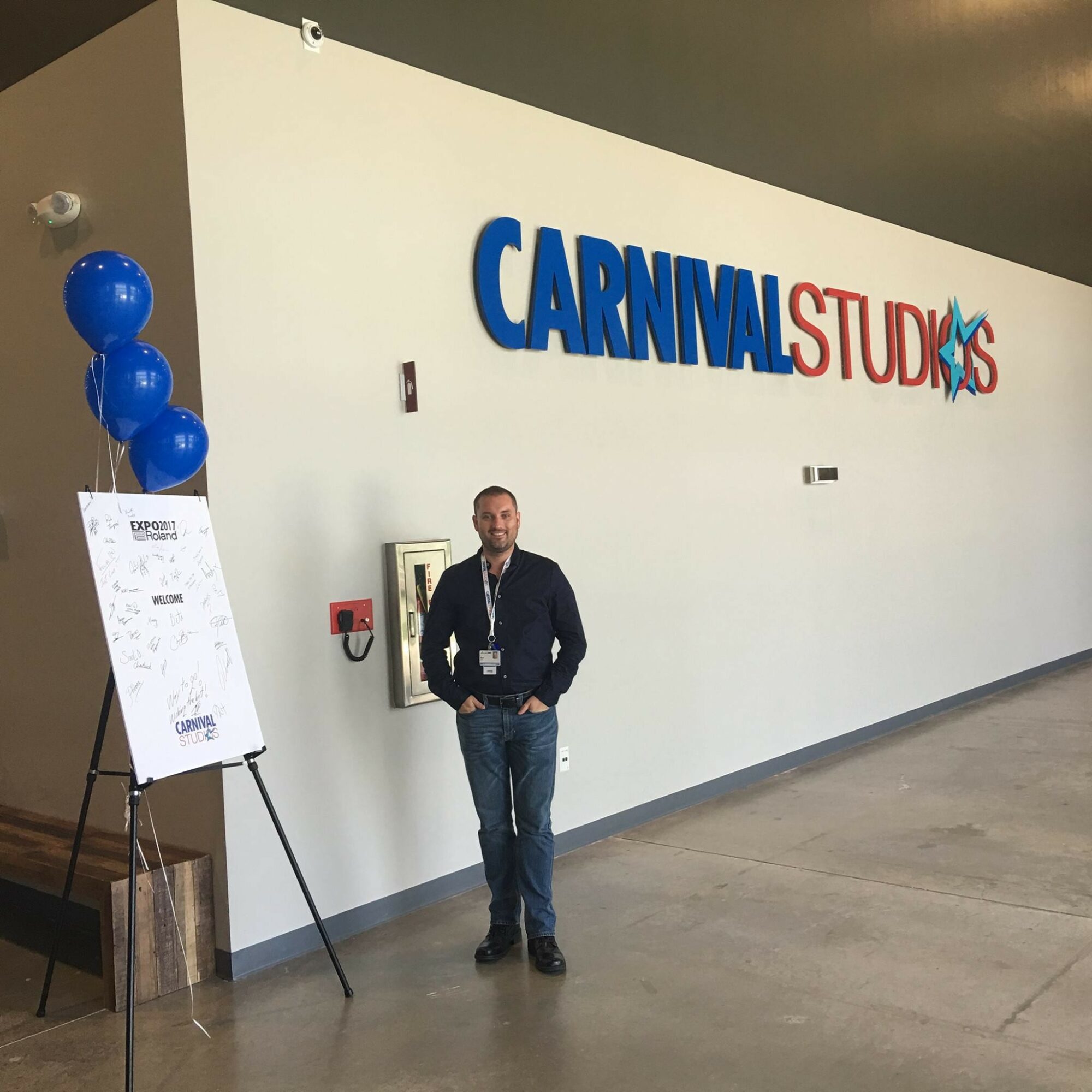 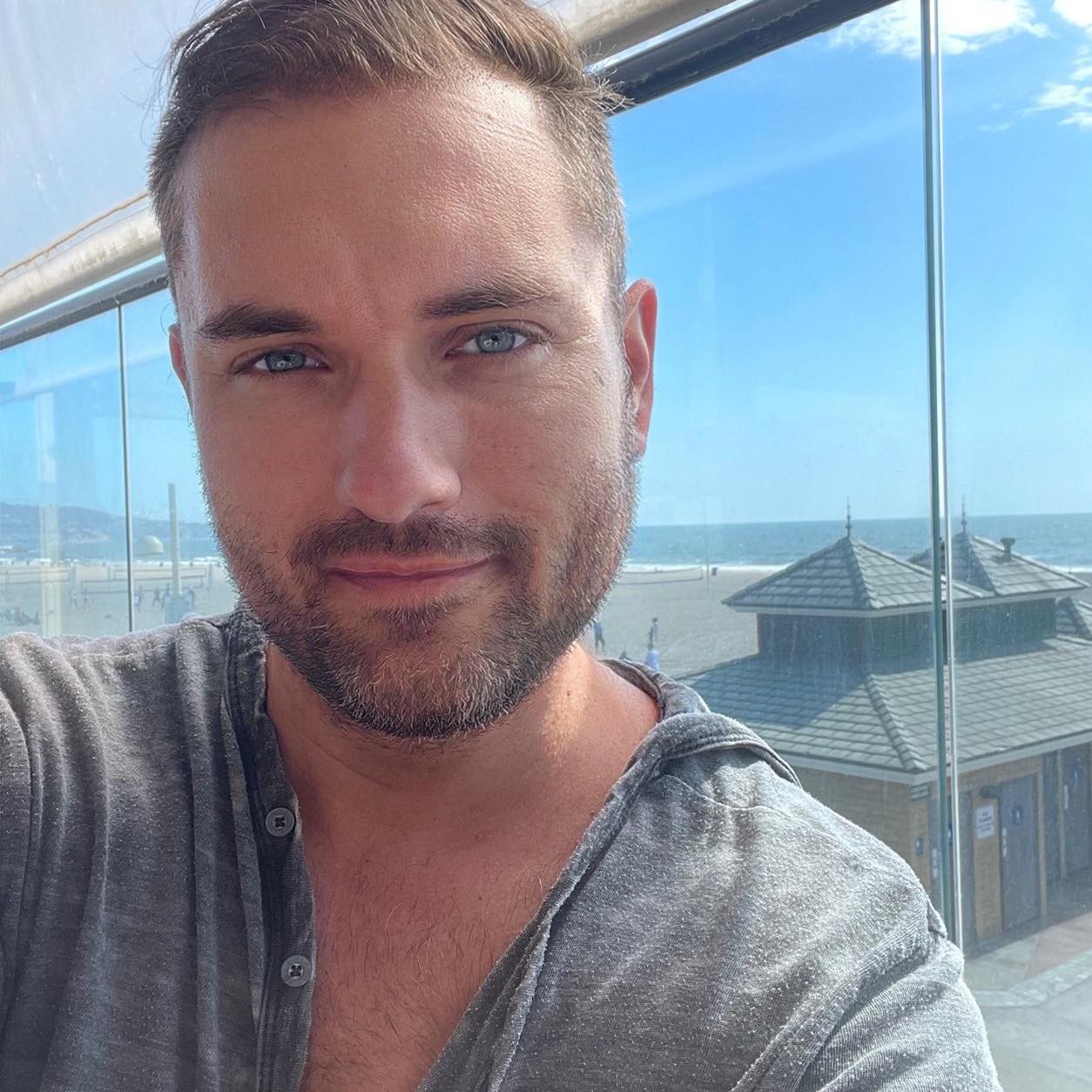 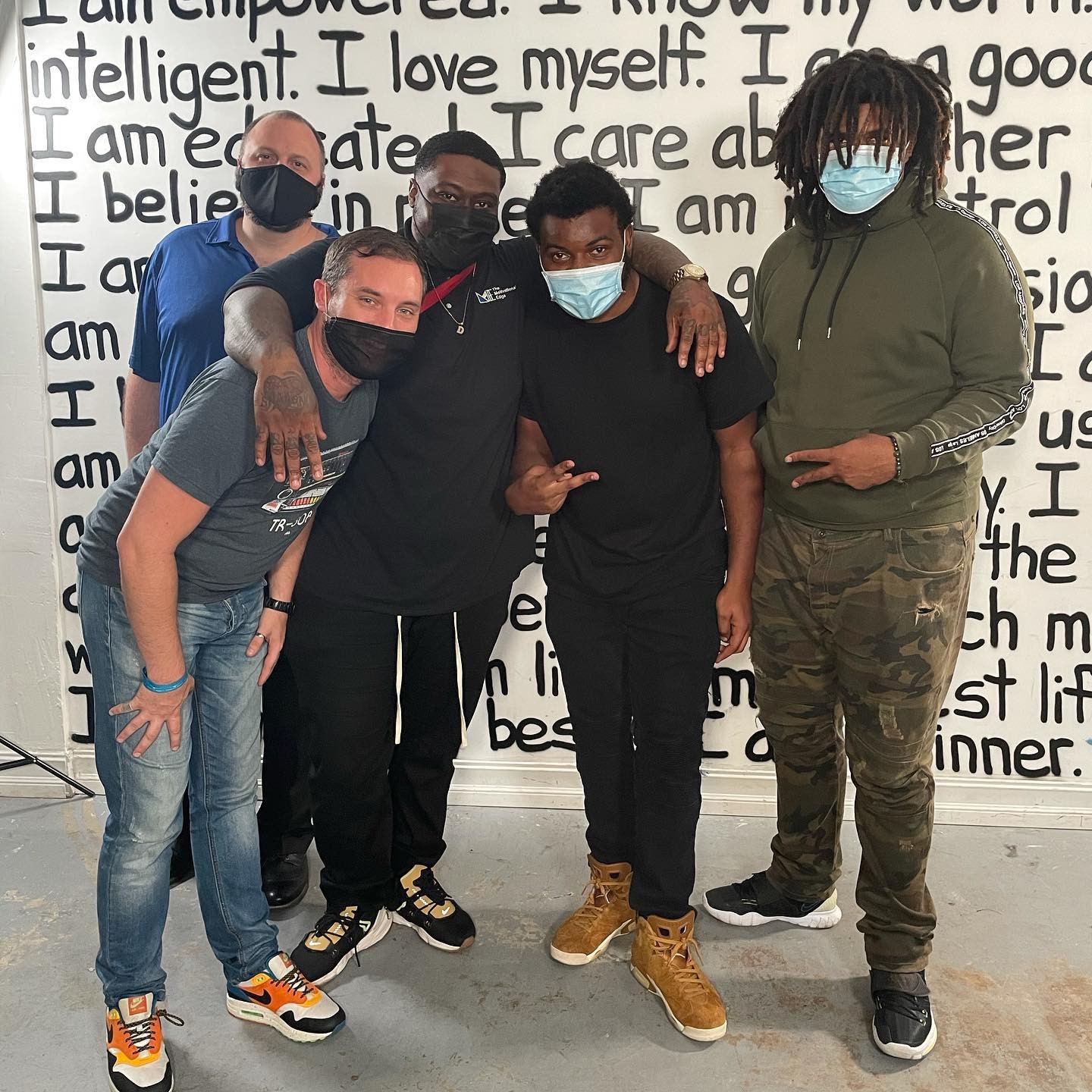 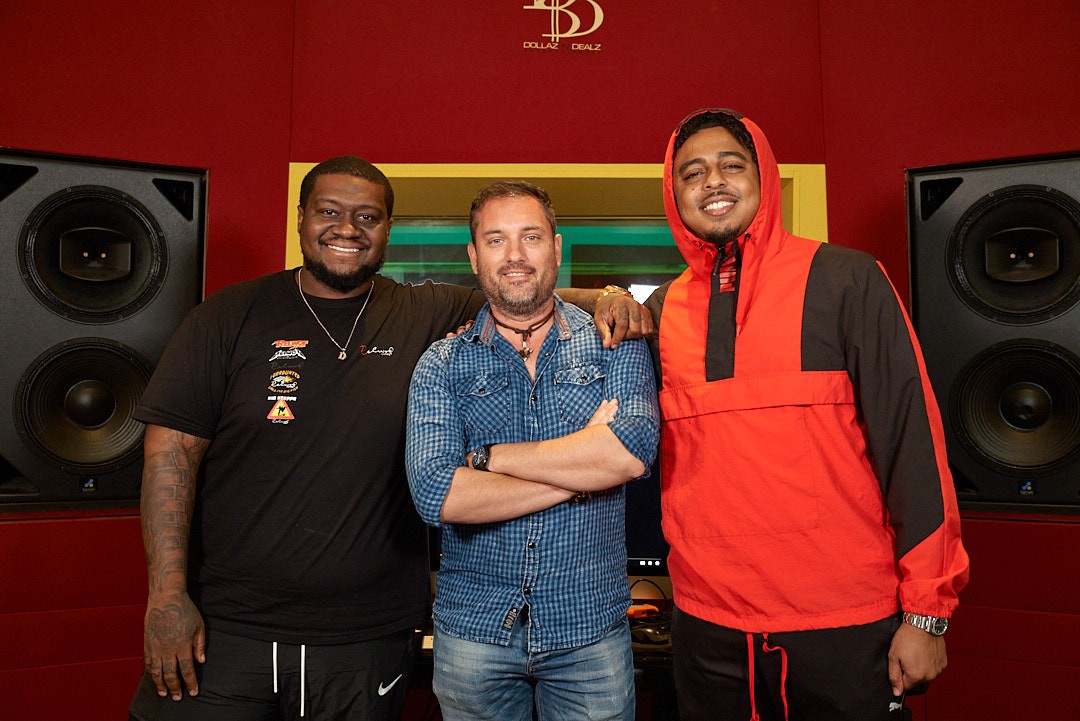 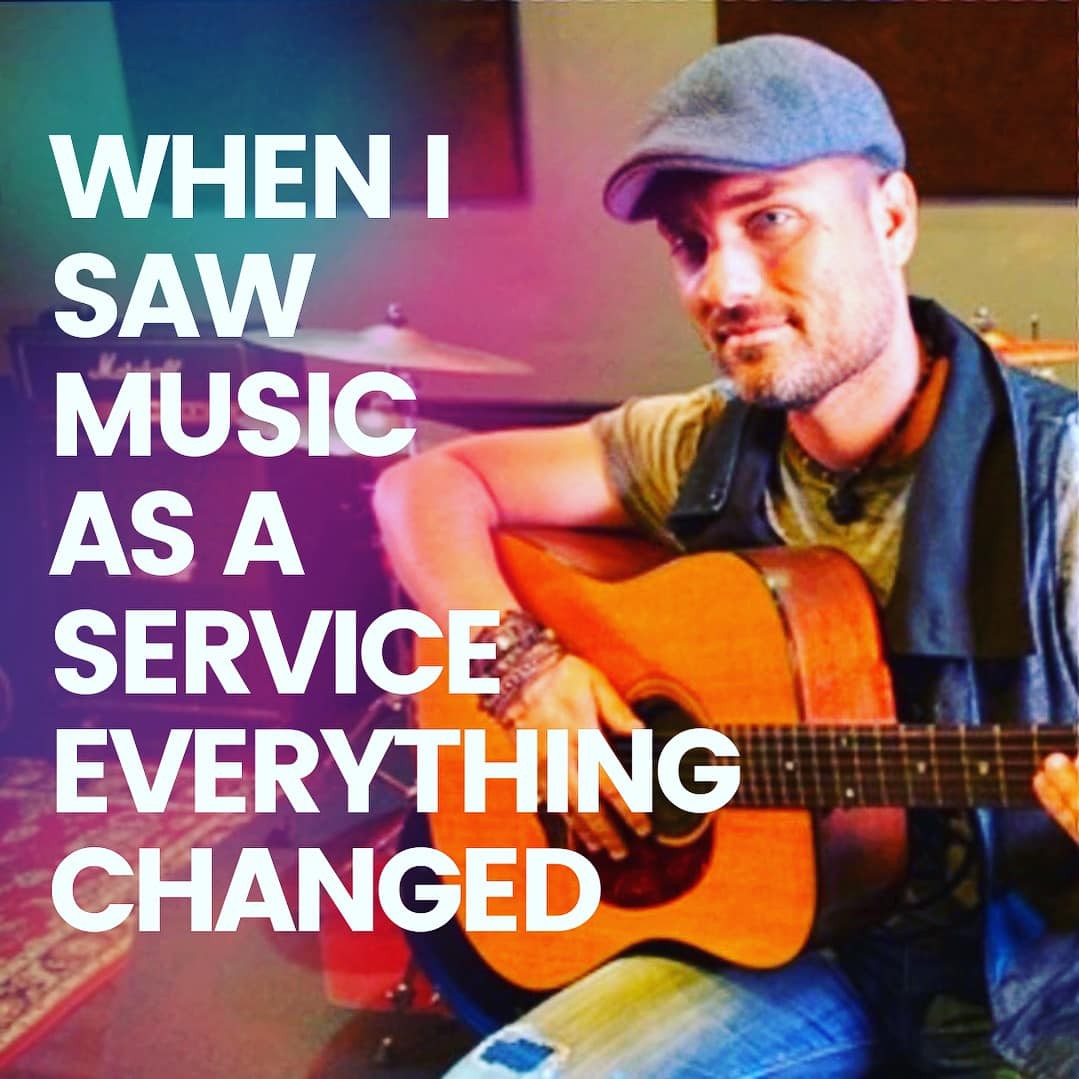 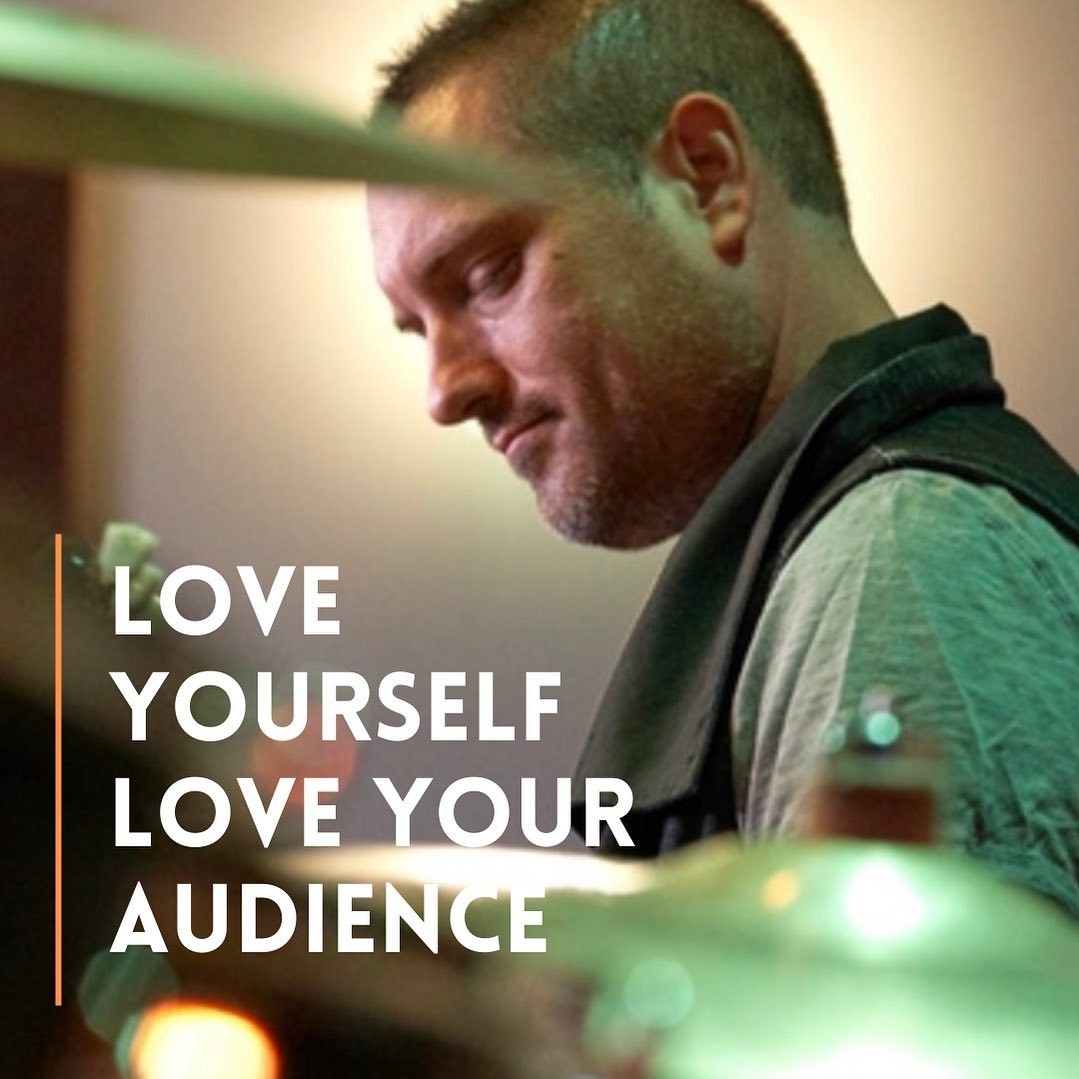