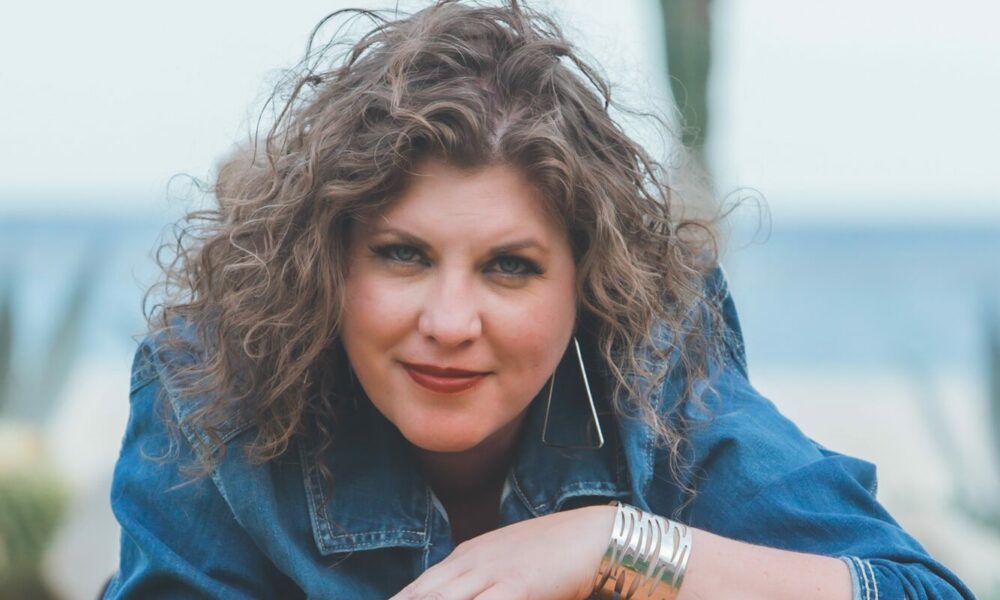 Today we’d like to introduce you to Amber Sweeney.

Hi Amber, we’re thrilled to have a chance to learn your story today. So, before we get into specifics, maybe you can briefly walk us through how you got to where you are today?
I grew up in Southern California. Both of my parents had talent when it came to music. My dad had been in a rock band when he was younger, and my mom has a lovely voice and could play the guitar a little herself. I started playing the guitar when I was six years old. My parents told me I was trying to sing before I could talk. It’s like music was my first language, and I’ve been using it to speak on my behalf for as long as I’ve been able to engage with others. I started co-leading my Sunday school song services and participating in just about every school musical available. From there, I picked up every instrument I could get my hands on, and before long, I played bass in a ska band, writing songs that were being recorded, and the same ska band was opening for bands like Jars Of Clay and P.O.D. I was 15 when I realized I wanted to do this for a living, but like most of us in this field, it’s a long and windy journey towards making that living. I was in and out of bands for the next few years and decided at 18 that I wanted to try a solo career. After all, I was writing a ton of songs, and they didn’t seem to fit with the bands I had been working with. So, I teamed up with a family friend to start a record label and got to work on an album. While we finished the album, things didn’t quite go as planned, and none of us knew what to do with it. It was early 2000, and being independent wasn’t as popular as it is now. Without any support or direction, I played bass again in a rock band with a couple of young actors. They became like family to me for a time, and when they began meeting their significant others and having children, they thought it would be best to move back to their hometown of Battle Ground, WA. I was ready for a change of scenery, so I moved with them. While in that band, we were able to have one of the band’s songs and performances featured in the film adaptation of Stephen King’s book, Riding The Bullet. It was a trip to watch the movie and hear my bass playing skills and my voice. Following a stint in that rock band, I partnered with another actor friend, and together we wrote 5 original songs that ended up being featured on One Tree Hill and Life Unexpected. After that ended, I wanted to keep going as a solo artist. This time, my best friend stepped in to help manage me. I could dive in and get to know both the music community and the community in the P.N.W. better as I toured around playing shows and recorded new music. I signed my first deal with London Tone Music as part of a single series called 52×52: A Year In Your Ear and thus began my friendship with the infamous London Bridge Studios in Seattle, WA. I’ve released three E.P.s and multiple singles since 2013, and have collaborated with people all over the world.

One of those collaborations featured a song called “Sweet Light” that made it to #1 on the indie soul charts in the U.K. and the U.S. Another collaboration of a song called “Troubles On My Mind” was featured in the television show Queen Sugar. And my latest single, “Breathe,” made it to the semi-finals of the IBSC awards. Before moving to Nashville in September of 2021, I had also served as governor for the P.N.W. chapter of the Recording Academy. Since moving to Nashville, I’ve had the honor of being a semi-finalist during Tennessee Songwriter Week. I’ve become a Song Suffragette performing at The Listening Room, co-written with some truly remarkable songwriters, and am getting ready to start re-recording some new material. I am also part of this year’s Periscope Artist Entrepreneur training run by the Arts and Business Council of Nashville. And that’s just the beginning of my time here in this inspiring community.

We all face challenges, but looking back, would you describe it as a relatively smooth road?
I could write books on the ruggedness of this road! It’s no surprise that there are challenges being a female-identifying person in this industry. Sometimes it’s subtle; sometimes, it’s blatant. Mostly it’s behind your back and out of earshot. And then there’s the mental health piece of working in a creative industry. I recently found out that some of my bigger struggles with my own mental health were due to undiagnosed ADHD. Most creative people tend to struggle with things like organization and time management, but it felt different for me. I think I did a pretty good job masking things in public, but in private I felt like I was failing in every aspect of life. How is it that I could spend HOURS working on a song, but I couldn’t remember to reply to an email? And then a doctor told me I have inattentive ADHD. And a lot of women go undiagnosed. When I look back at the places where the struggles were the biggest in my life and career, I can clearly point to an executive dysfunction that made things harder for me in that moment. Now I have a great therapist, some great coaches, and friends who are helping me understand how to lean into the strengths of ADHD and set better boundaries to minimize the fallout from the negative sides of it.

Thanks for sharing that. So, maybe next you can tell us a bit more about your work?
I am a soul artist, songwriter, multi-instrumentalist, and vocal producer. I am the kind of artist who translates my curiosity into songs that reassures people that asking questions is the right thing to do. I am engaging both in the writer’s room and on stage in a way that makes my people feel safe, seen, and heard. I sing from the depths of my soul for the disempowered, and I never miss a beat to celebrate the things that matter in our lives. I invite my audience into an experience that leaves them feeling like they’ve made a lifelong friend in me.

Risk-taking is a topic that people have widely differing views on – we’d love to hear your thoughts.
I used to think of myself as a risk-taker, but I think I’m just curious enough and naive enough to follow a question or whim when it strikes. If I have too much time to think about something before deciding to take a chance on it, most likely, I’ll choose to drink coffee in my living room. That said, I have taken big risks in my life. The most recent one is moving to Nashville after establishing myself in the Pacific Northwest. Everyone sees risk-taking differently. To me, it’s simply about staying curious and following it wherever it leads you. 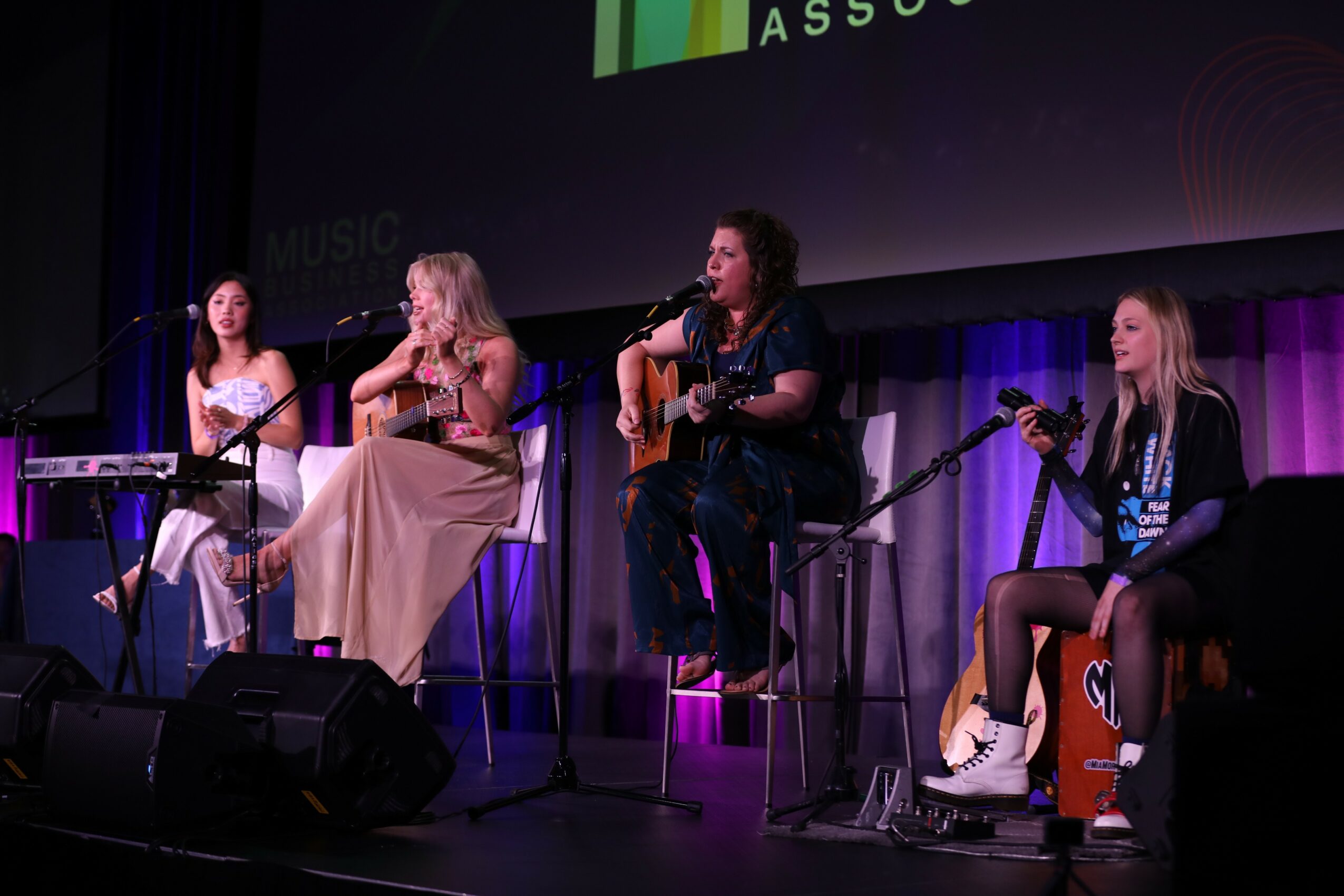 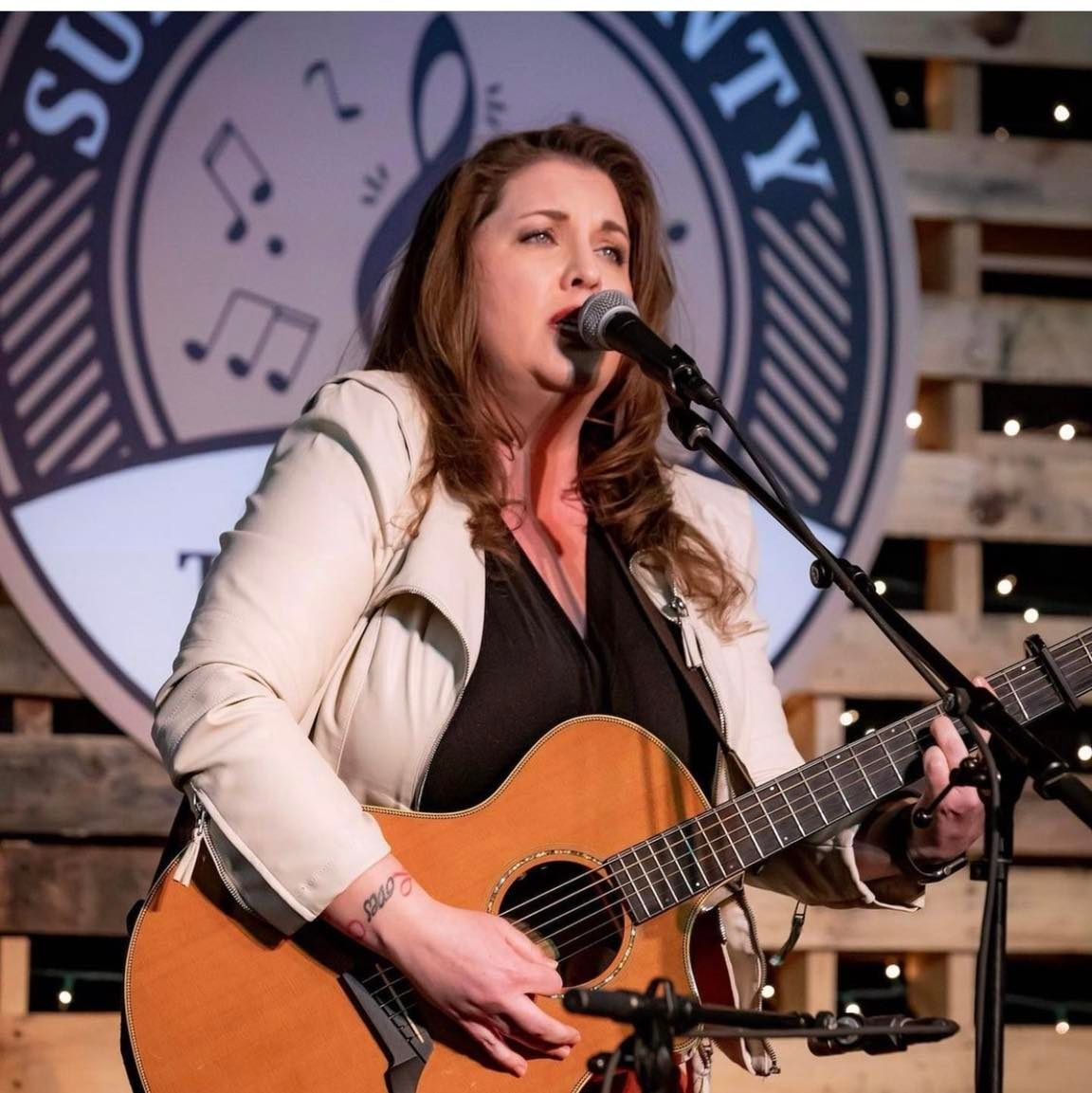 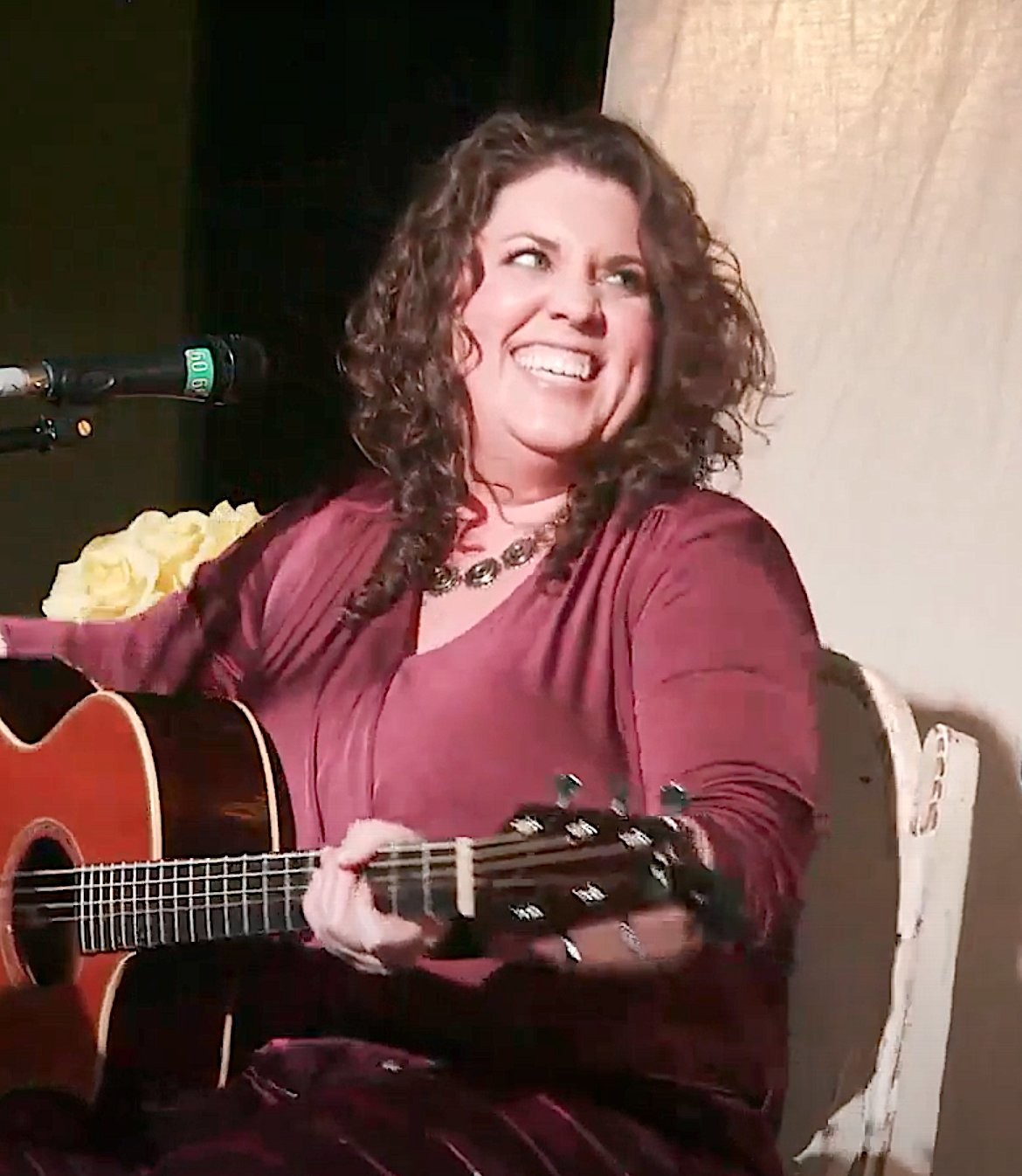 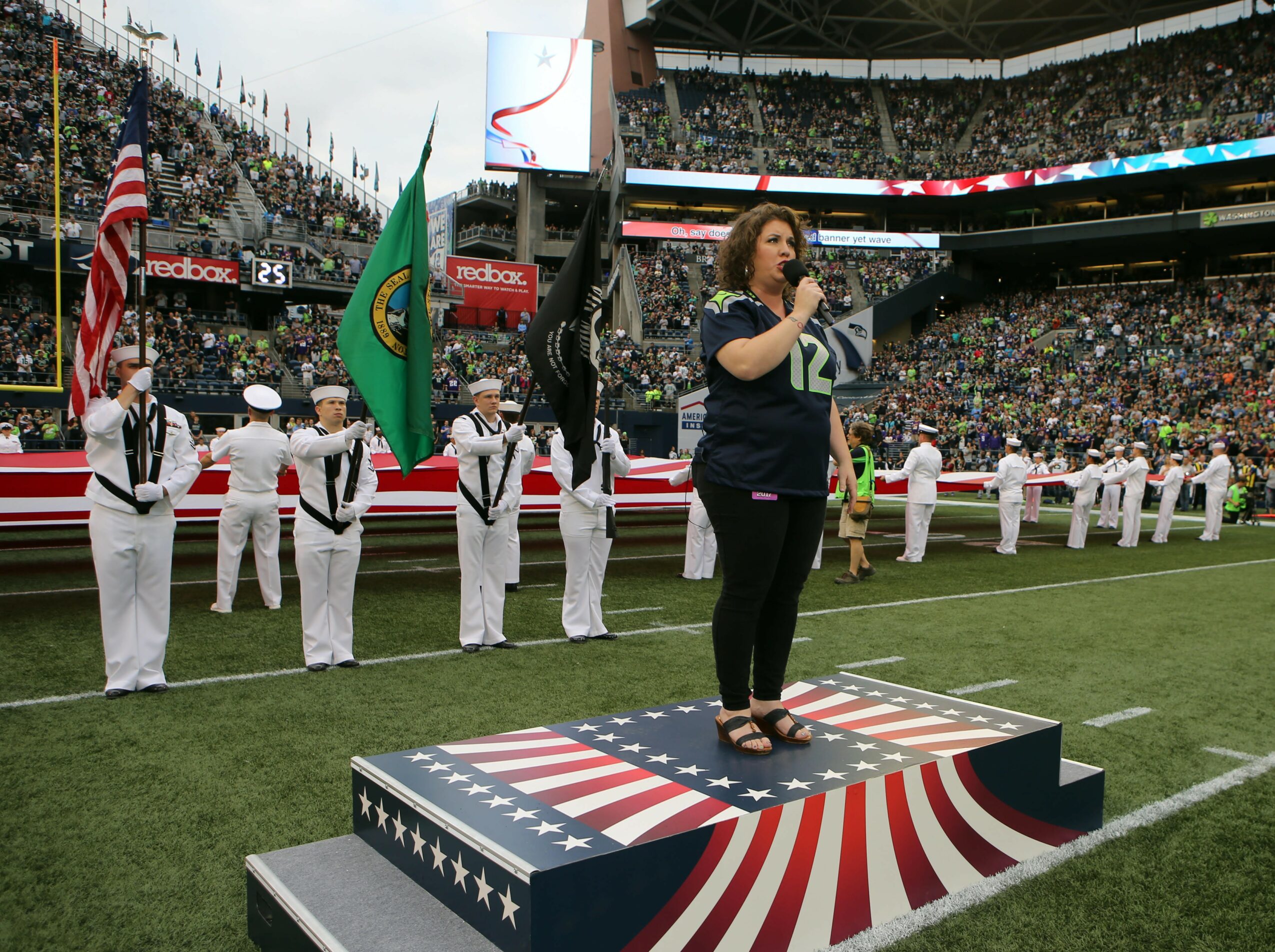 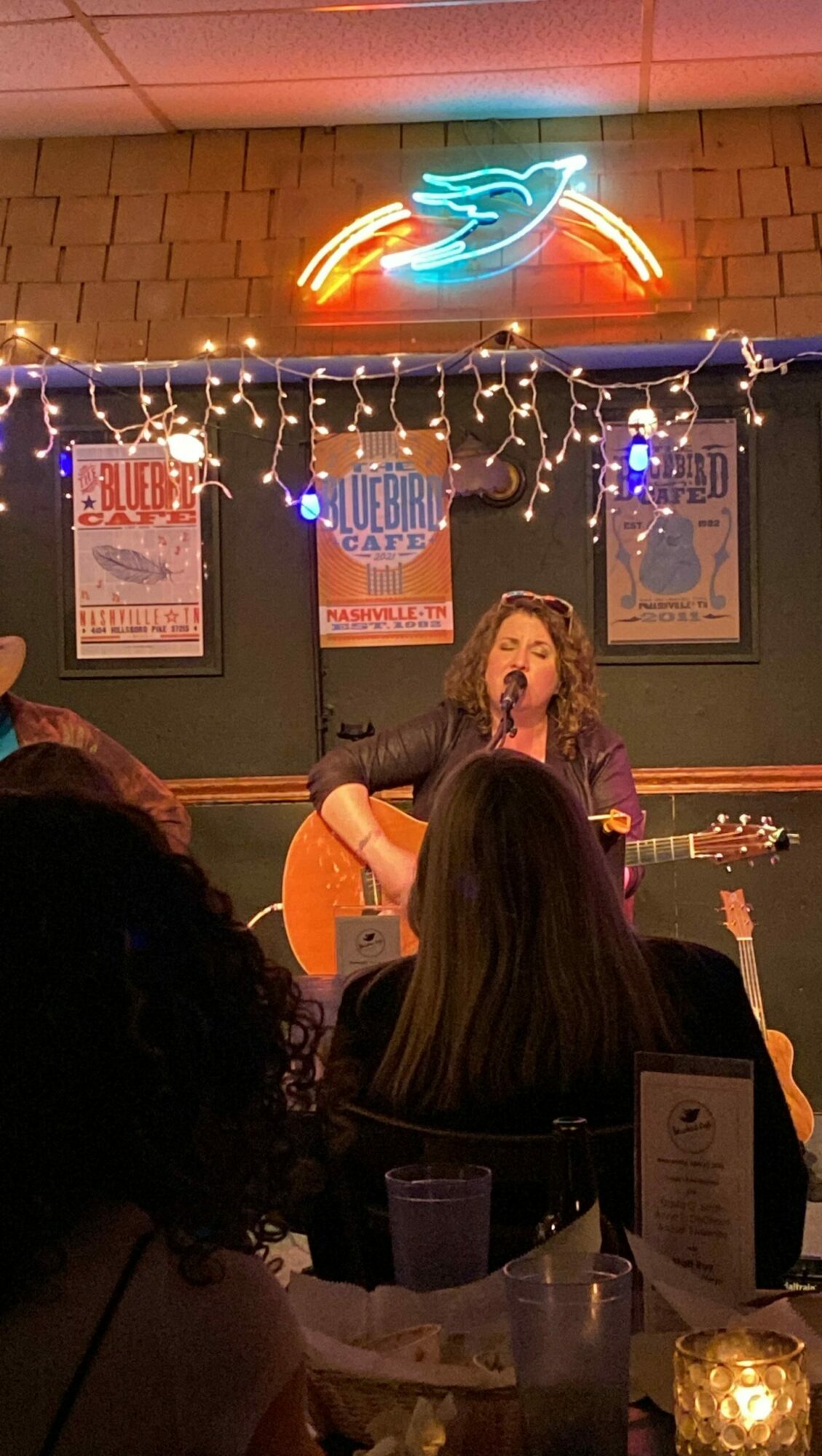