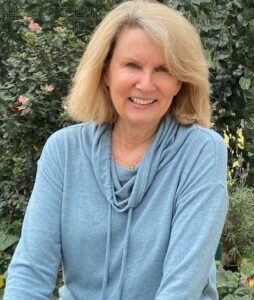 Today we’d like to introduce you to Jeanne Pickard.

Hi Jeanne, please kick things off for us with an introduction to yourself and your story.
I’ve always been drawn to art. After attending Skidmore College and USC as an art major, I graduated from the California College of the Arts in Oakland, California, with a degree in design.

Following a career in graphic design and high-end fashion direct sales, I was introduced to Plein air painting when a friend invited me to attend a weekend workshop in Laguna Beach, California. I was hooked. I loved spending an entire day outdoors, trying to capture the beauty I saw on my canvas, but it took several years before I had the time to paint regularly.

My husband and I raised our family and lived in Palos Verdes, California, where we’d both grown up. After 26 years there, we decided to make a change and pursue our passions–painting for me and fiction-writing for him. We moved to Fallbrook in North San Diego and lived there for seven years. Fallbrook had an active art community, and I gained confidence by winning local awards.

Laguna Beach was just an hour north, and I took advantage of workshops that were offered through the Laguna Plein Air Painter’s Association (LPAPA) and the Huse/Skelly Gallery on Balboa Island. I’ve since had several of my paintings accepted into their juried shows. I also participated in several shows to benefit the Crystal Cove Conservancy and showed my work in their gallery at Crystal Cove in Newport Beach, California.

Last year, we made another move–this time across the country to Franklin, Tennessee. We moved to be close to our daughter and son-in-law, who were having their first baby and had no other family nearby. Our son, daughter-in-law, and almost 4-year-old grandson and a new baby boy are still in Encinitas in North San Diego, so we spend lots of time there as well. Luckily, both areas have vibrant art communities, so I plan to stay active in both places.

“Plein air” is a French term for the practice of painting outdoors–in the open air. It first became popular in the late 19th Century with the Impressionists and has grown tremendously in popularity in recent years. When I was first getting interested in painting, my husband gave me a subscription to Plein Air Magazine. It was there that I discovered Lori Putnam whose work continues to inspire me–and she happens to live in Middle Tennessee.

There are so many nationally recognized painters in this area, and I look forward to learning from them. So far, I did a mentorship with Dawn Whitelaw, who was one of Lori Putnam’s teachers, and I just joined the Chestnut Group, a group of more than 200 Plein air painters in Middle Tennessee that paint together and put on shows to support their land conservancy partners.

We all face challenges, but looking back would you describe it as a relatively smooth road?
I would say it’s been a relatively smooth road, but it’s taken longer than I thought it would. There’s a saying that success is determined by “miles on the brush,” meaning how much you’ve painted. There’s really no getting around the fact that it takes a lot of time and dedication to become a better painter.

When I think back to when I was starting and would post my paintings on Facebook and Instagram, I’m a bit embarrassed. I think it’s just so fulfilling to create art that it’s easy to get overly excited about the results when they might not be all that great yet.

It took me a few years of trying before getting my paintings accepted into some of the shows I wanted to get into, but that made the eventual acceptances even more meaningful. It was painting in Plein air that initially excited me, but I’m now enjoying studio painting as well.

When painting outdoors, the light is constantly changing, which affects colors and shadows, so you’re trying to seize a fleeting moment in time. I’ve found a new approach that works well. I do small Plein air sketches to capture color and light, and then create a larger painting in my studio using the Plein air sketches in addition to photos I take at the scene.

Can you tell our readers more about what you do and what you think sets you apart from others?
Whether I paint in Plein air or in the studio, I aim for an impressionistic look in my paintings. I focus on capturing light as it hits and bounces off figures, architecture, and landscapes.

I want my subjects to be recognizable but not overly realistic, as I just don’t find that interesting. I believe I need to bring something to the painting that the viewer might not have seen without my emphasizing it.

I try to create paintings that have a strong design (that’s my graphic design background) and a feeling of rhythm and movement. I want them to celebrate life by showing a sense of joy. I’m especially proud when I do a commissioned piece that my client loves.

Is there anything else you’d like to share with our readers?
Painting has brought me so much happiness, and I encourage anyone who is curious to give it a try.

It’s helped me see so much more than I ever did before. I’ve learned to appreciate the beauty that our world offers us every day if we just take the time to look. 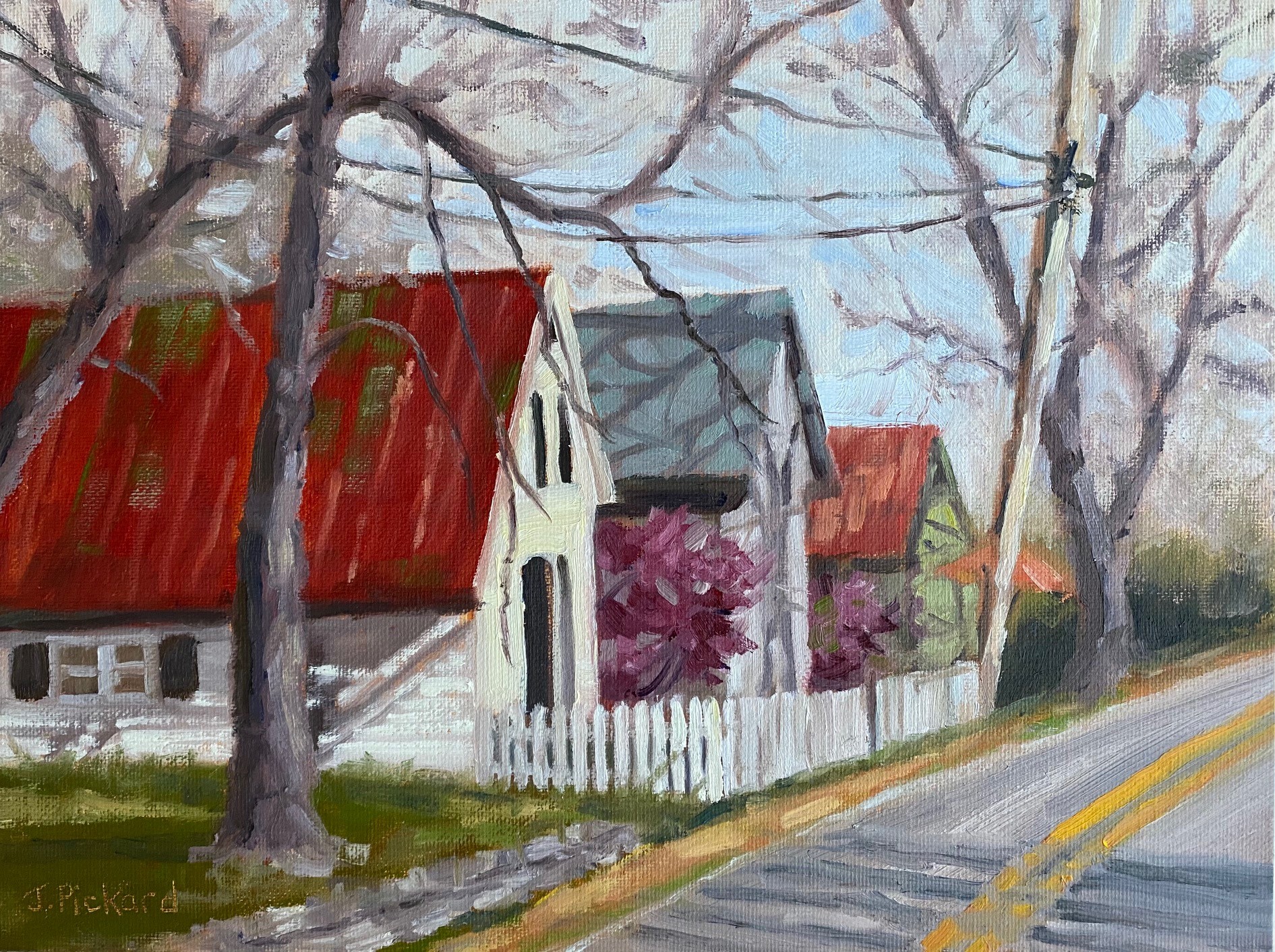 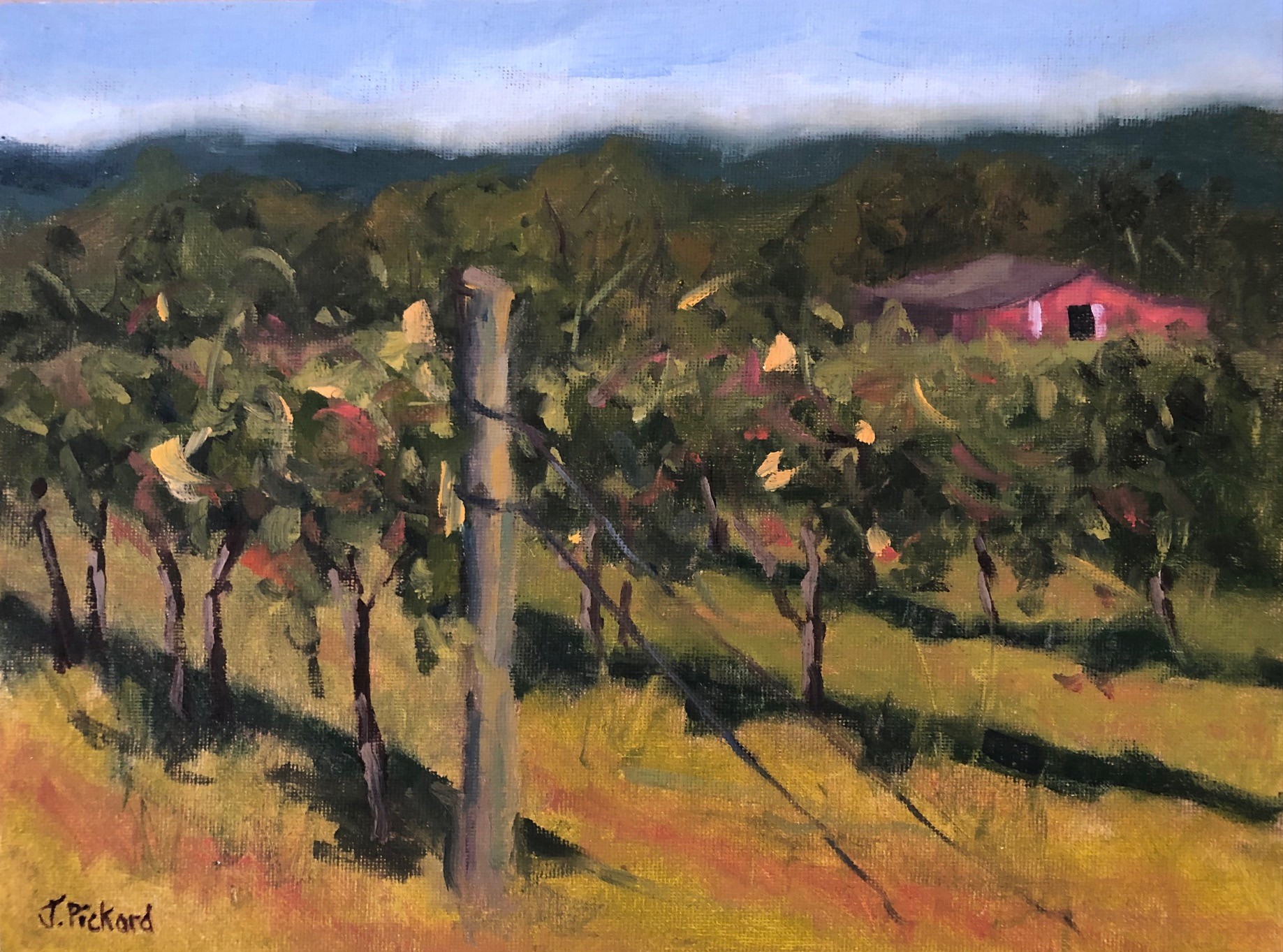 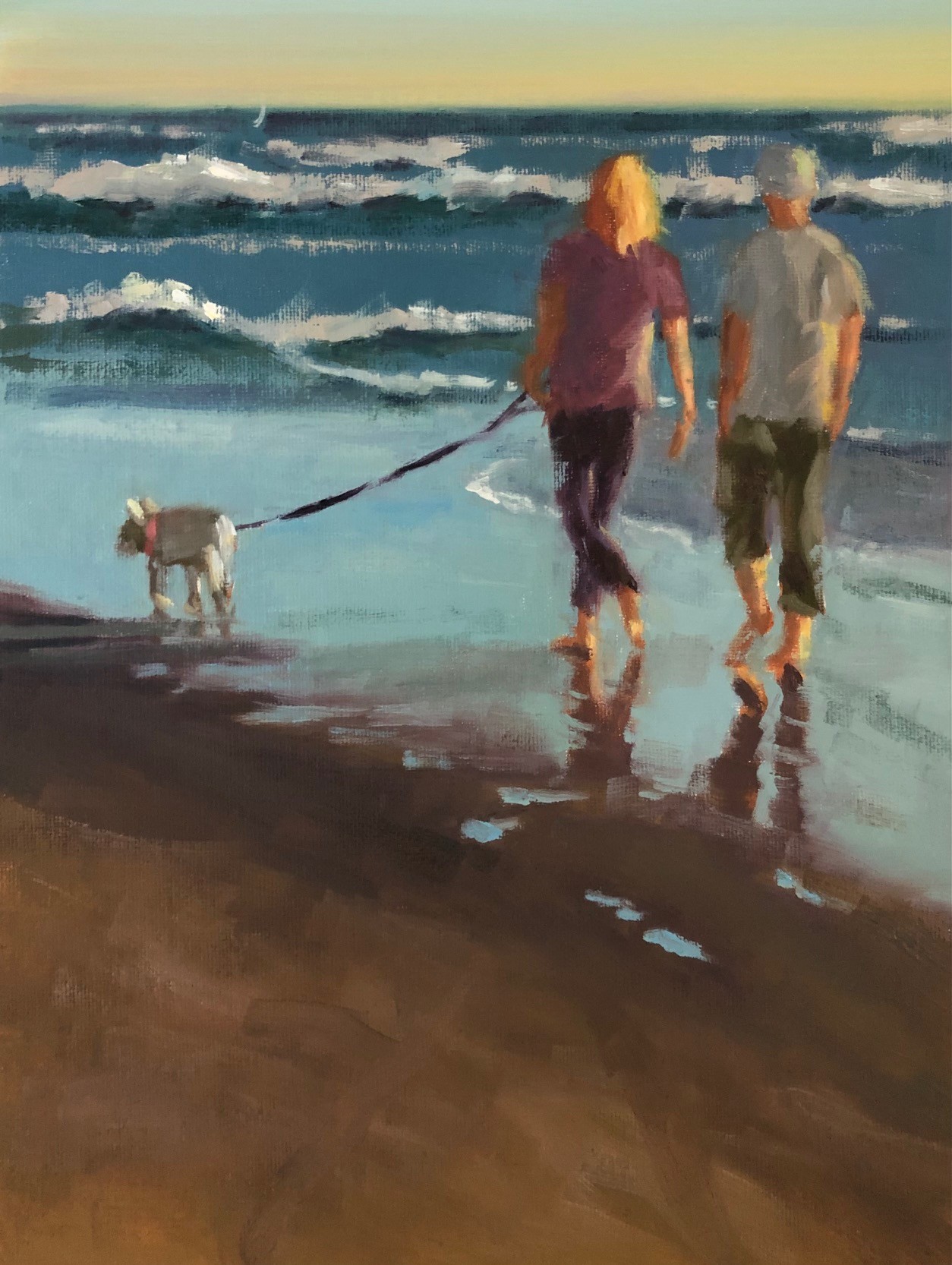 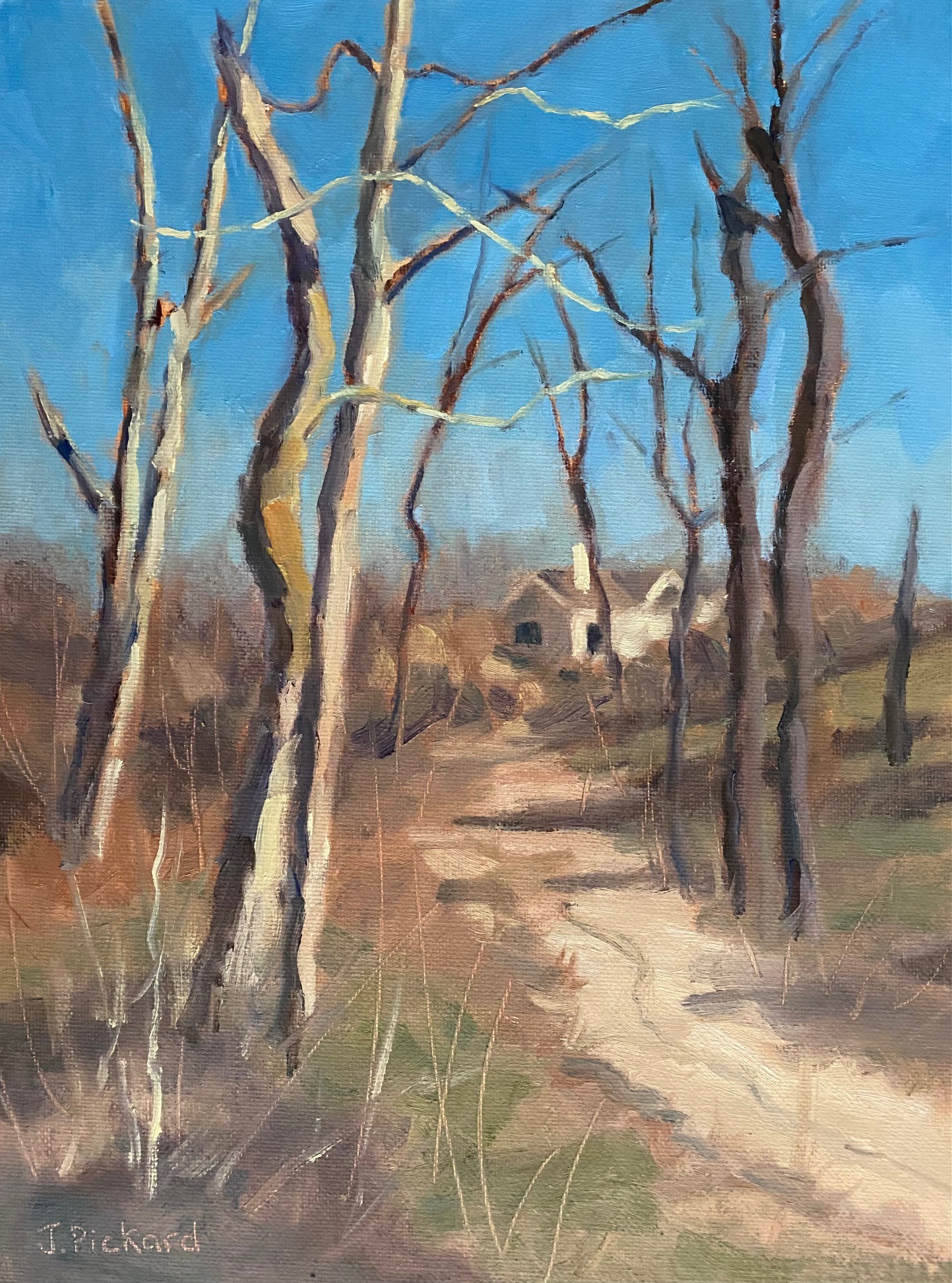 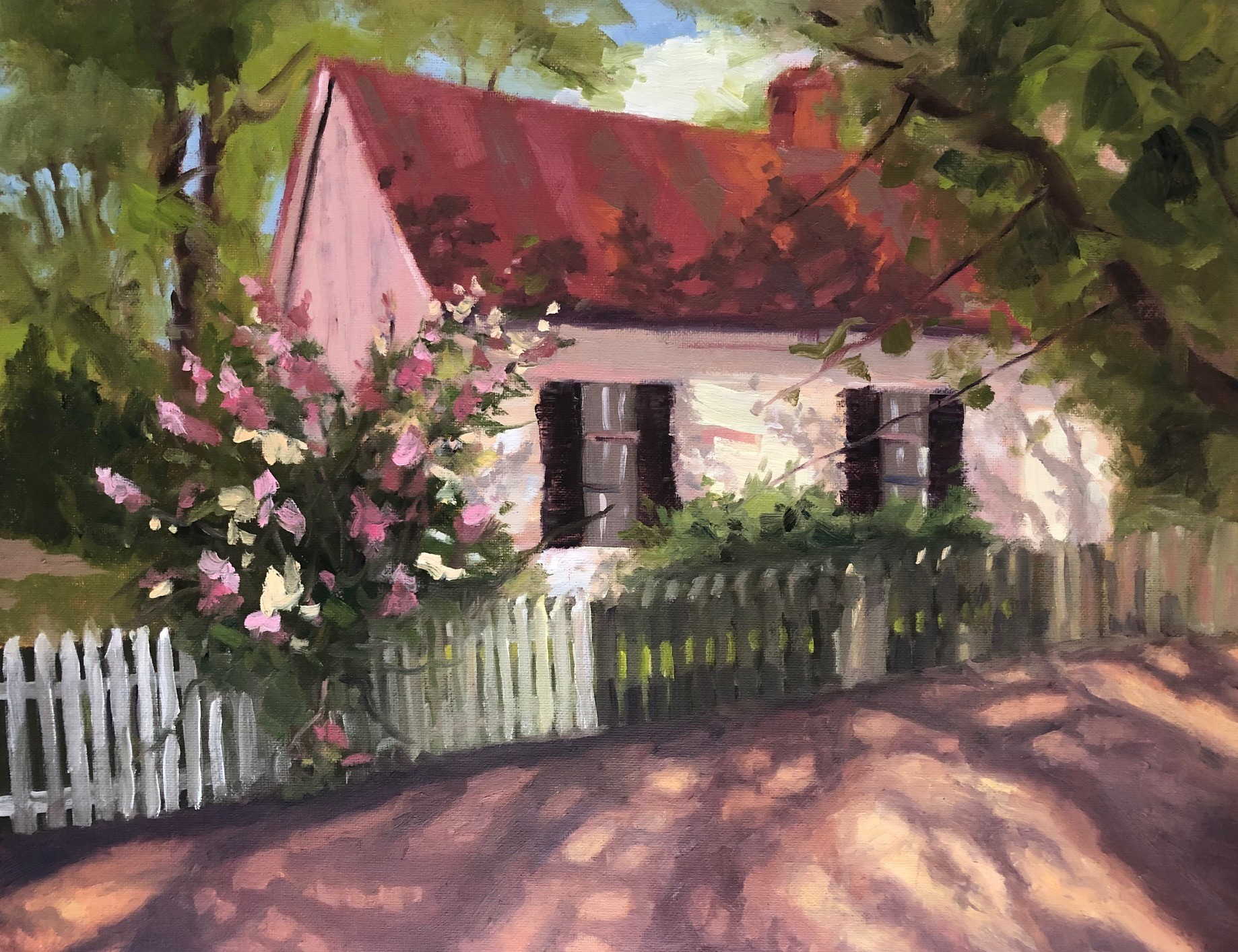 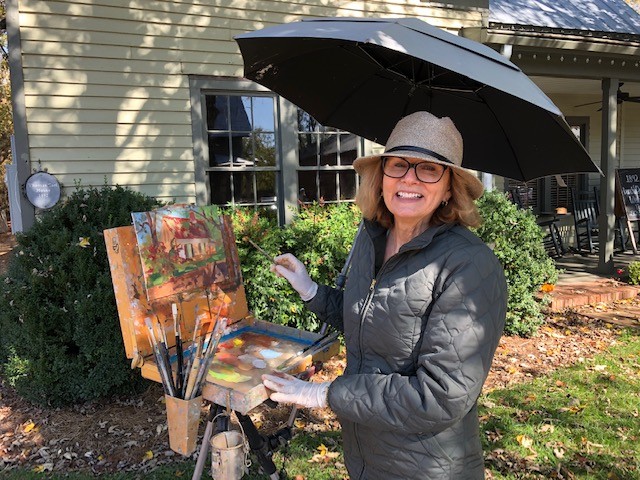 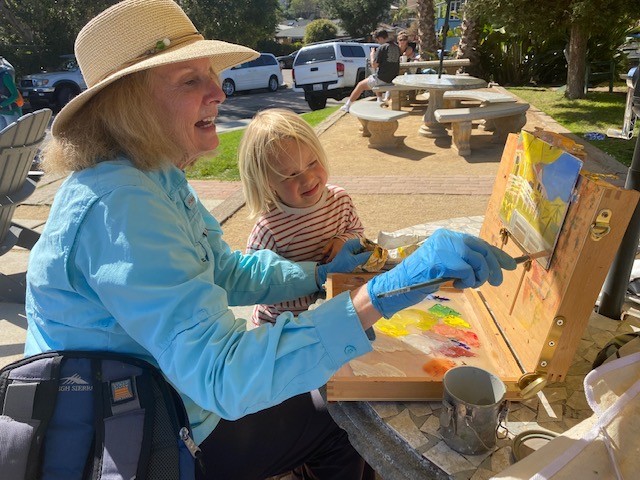 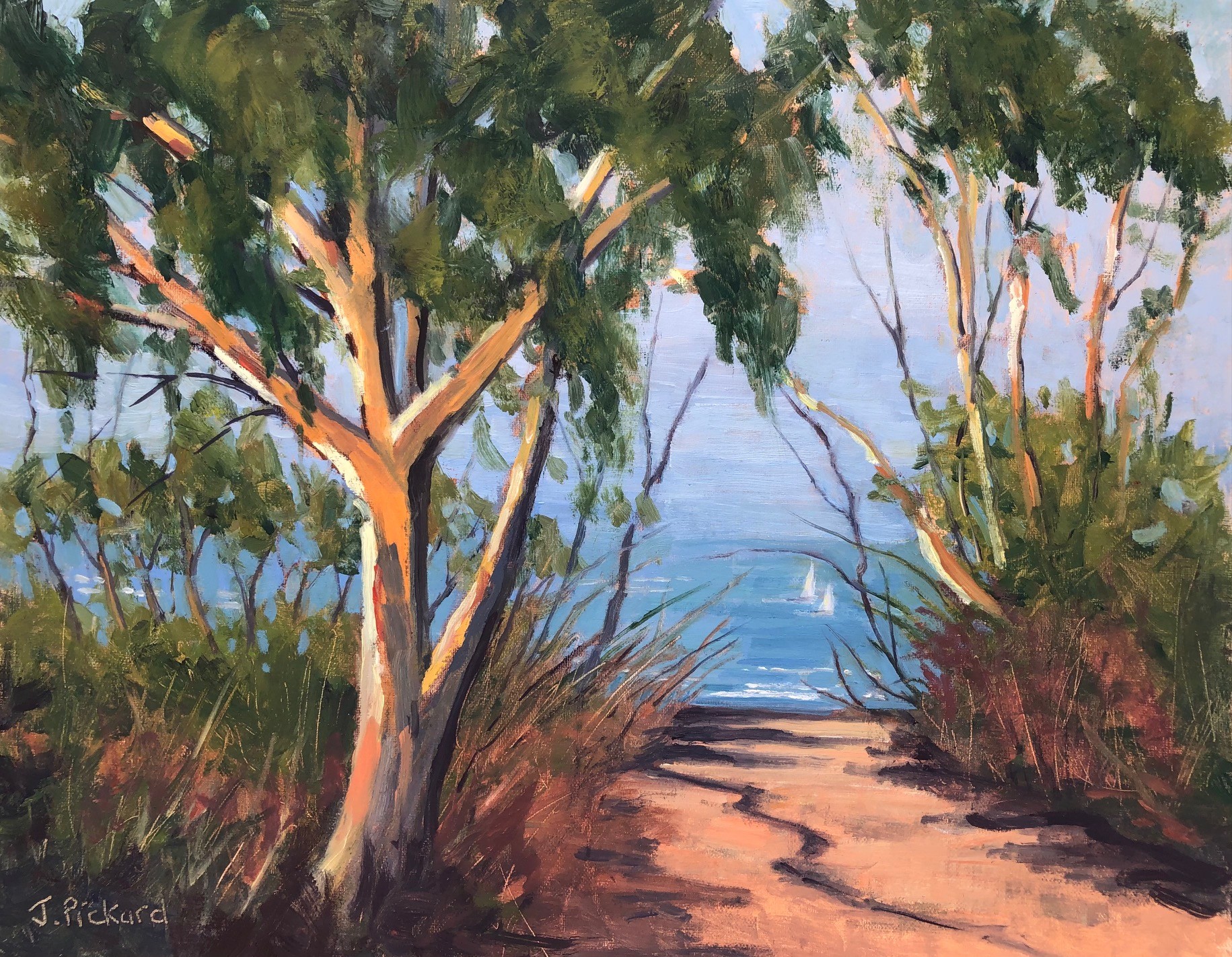