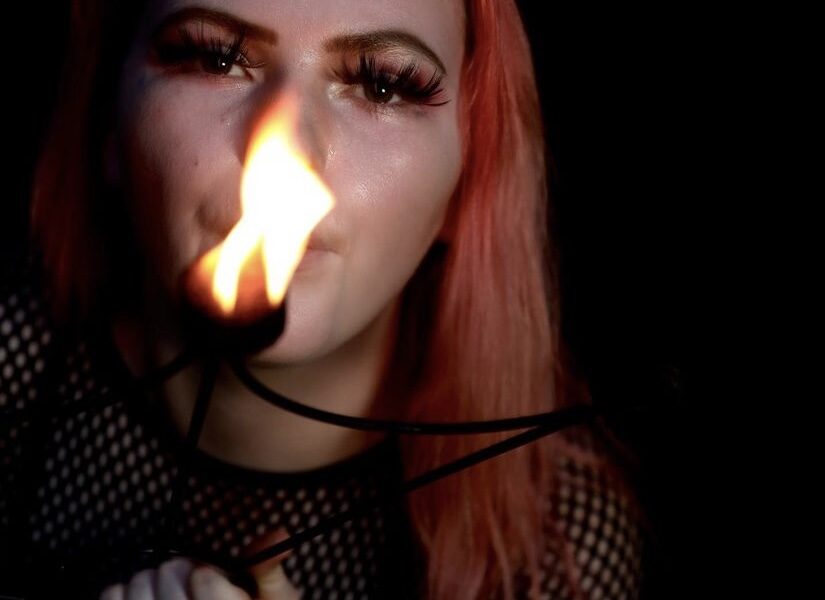 Today we’d like to introduce you to Mari Jane Sun.

Alright, so thank you so much for sharing your story and insight with our readers. To kick things off, can you tell us a bit about how you got started?
Mari Jane Sun (Lucky). My performance journey started with the Hollywood Knockouts performing an elaborate Oil Wrestling Show all over the United States.

Which included a combination of Costume Dance, Crowd Participants, with a mix of Stage Fighting and Roman Grecko-style wrestling, since I have a wrestling background from high school and have a very Dramatic personality I fit in like a glove and in the process fell in love with touring the country.

I toured with the World Famous Hollywood knockouts for a year with a rather abrupt halt because I became a mother. Since then, I’ve relocated back to Tennessee and have now been traveling and performing Fire shows combined with Aerial arts throughout the southeastern region of the US.

As well as my new residency located at Big Shotz in downtown Nashville Performing with Red Velvet Burlesque.

Would you say it’s been a smooth road, and if not what are some of the biggest challenges you’ve faced along the way?
On my very first tour with the Knockouts directly after my very first show with them aside from the audition show that they hired me from, we were heading to the next tour destination which I believe was somewhere in South Carolina heading to Tampa, FL.

We were in a head-on collision going around 50 mph with a man who ran a stop sign and everyone I had just met were all injured except for the driver and I. Ambulances were everywhere and I was picking up belongings and wallets and anything scattered all over the road of those I was touring with and then heading to the hospital in hopes my boss and coworkers were intact. Which at the time had really made me question whether or not I would survive this lifestyle.

Once I had gone home after the wreck I really sat and thought about it and how it made me feel to be in front of crowds and entertain and I wrote in journals and just tried to process the entire endeavor. That’s where I also was given my stage name “Lucky”.

A few weeks after the wreck I was back on the road and became infatuated with entertaining crowds of a large variety of people, hearing their shouts and screams set my soul on fire and I feel right at home.

One of the smoothest journeys working as a freelance performer is meeting and greeting and taking photos with fans because I love connecting with others and hearing how they felt about the show; good or bad.

As you know, we’re big fans of you and your work. For our readers who might not be as familiar what can you tell them about what you do?
With being a full-time freelance performer comes being very fluid in my performing journey and obtaining a lot of skills. I primarily perform Fire in a variety of venues and party types (Bike Rallys, Birthday Parties, Gentlemen’s clubs, and working alongside bands as entertainment).

Which includes a combination of dance and fire-eating with props such as Fire Fans, Fire torches, a Fire hula hoop, and my favorite act My Fire Aerial Lyra Hoop Performance. I also work at Big Shotz on 2nd ave in Downtown Nashville performing Burlesque Shows with Red Velvet Burlesque which involves Elaborate sexy Costumes and an Amazing LED Lyra apparatus performance.

When I’m not busy working entertaining crowds, I’m raising my two-and-a-half-year-old son and he is most definitely what I am most proud of and why I strive to be the best Mother & Entertainer I can be. What I feel sets me apart from others is my natural leadership skills and work ethic.

I just effortlessly fall into leadership positions because of my caring nature and desire to do the things others don’t necessarily want to do such as making sure everyone arrives on time, setting up and packing up, and or jumping in where ever need be to help the show run smoothly.

We’d love to hear about any fond memories you have from when you were growing up?
The majority of my favorite childhood memories were being on the farm or out and about with my grandfather, we’ll call him “Pa” since he doesn’t enjoy any kind of publicity. We would have a lot of farm work to do since we enjoyed having farm animals and being self-sufficient Tennesseans growing and raising our own food.

Once Pa and I were out fixing a fence and Pa was explaining how to use the wire twister pillars and was just so tickled with how cool the tool was and wanted many pairs so he could use them around the farm, and Pa made a comment to me and said “My dad always told me to make work your play because you’re gonna work EVERY SINGLE day for the rest of your life…” almost as if work was a bad thing.

That statement resonated with me and my viewpoint of life a lot growing up. It truly made me appreciate the things I worked hard to create or have and I feel directed me into the nightlife of performing because that’s truly what I did with my career/livelihood and wouldn’t want to do anything else at this time in my life. 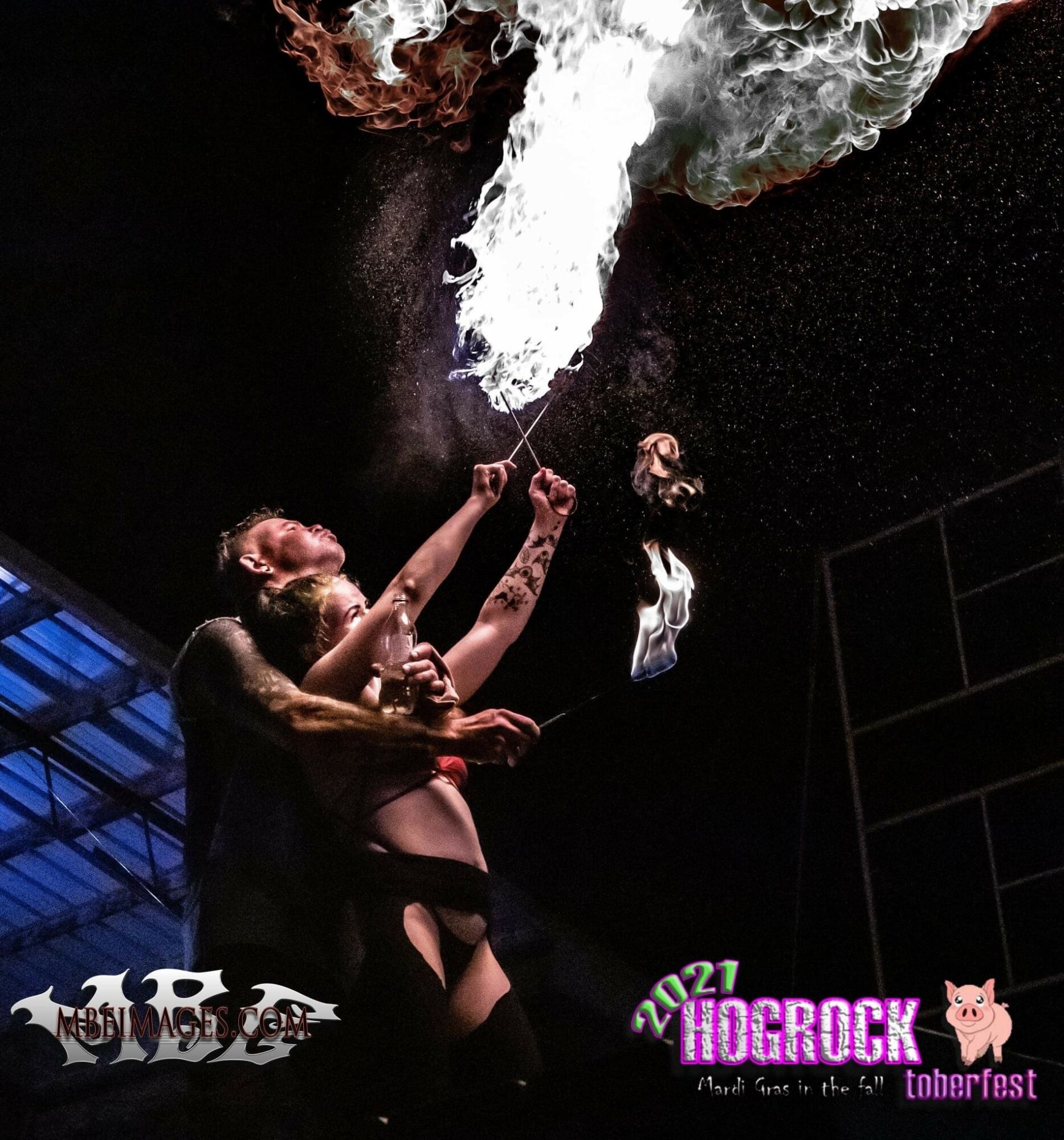 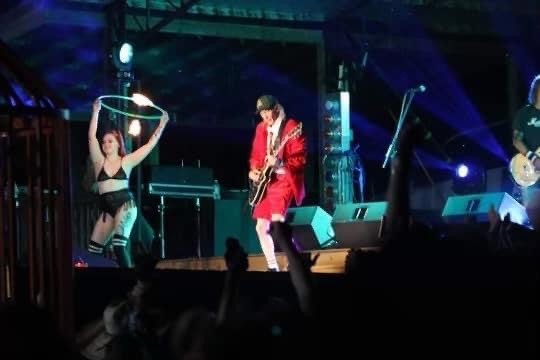 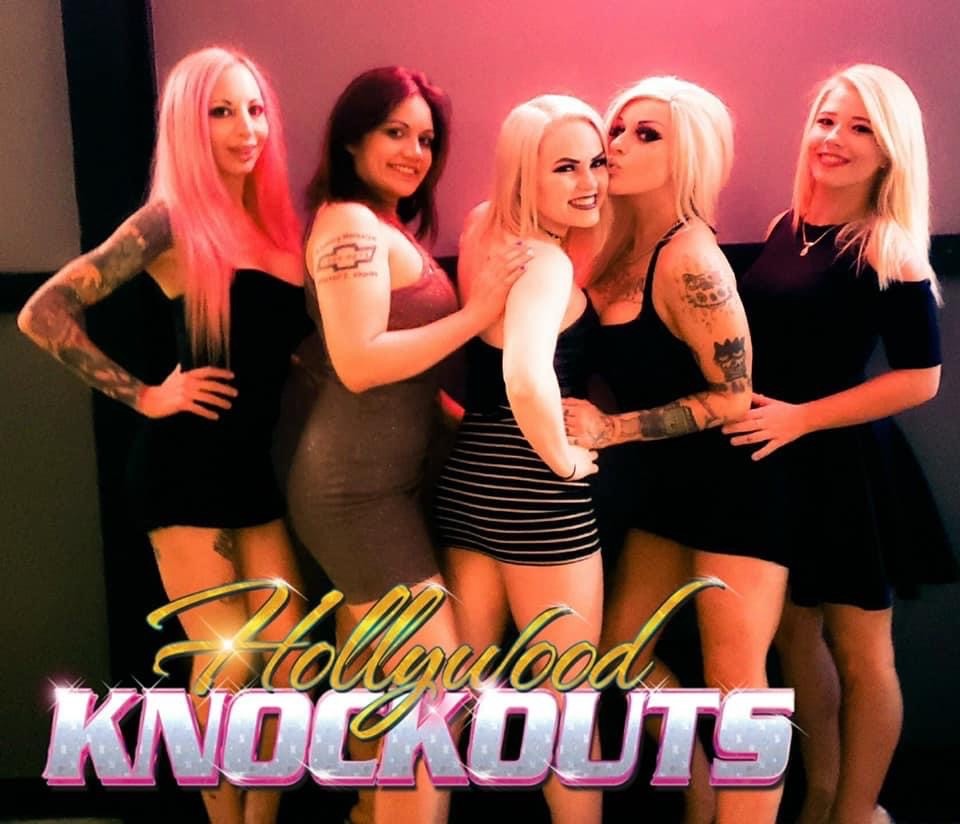 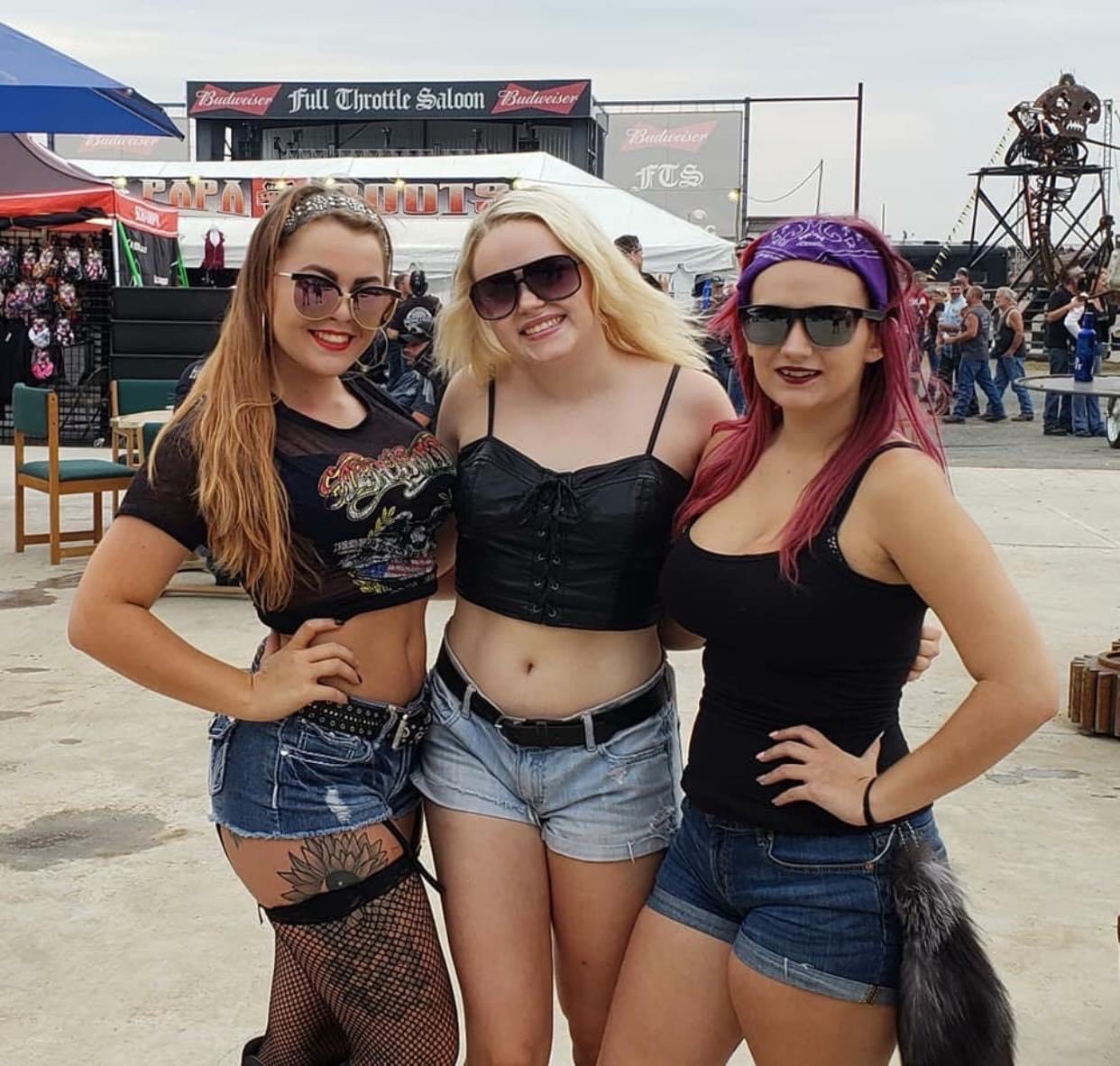 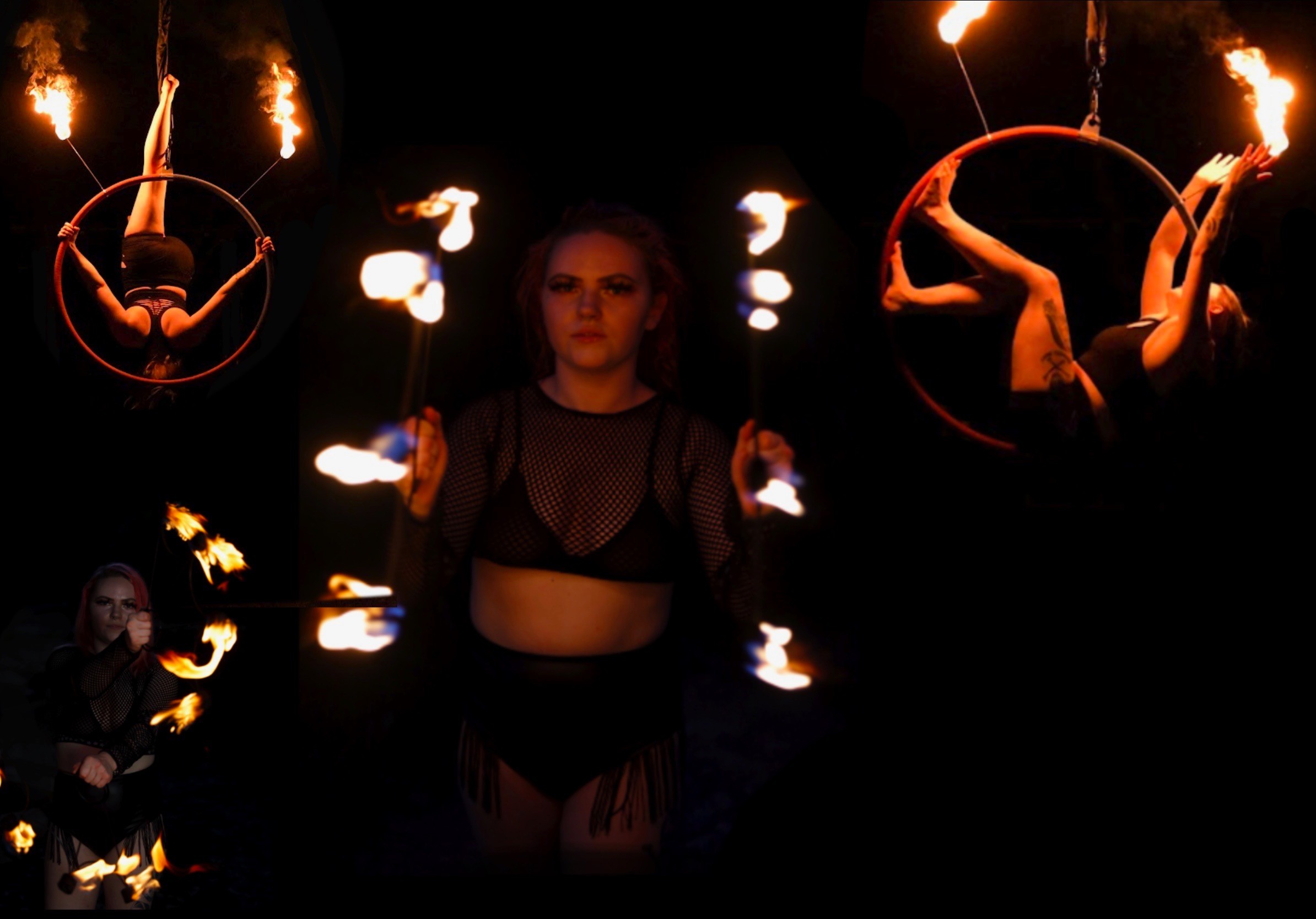