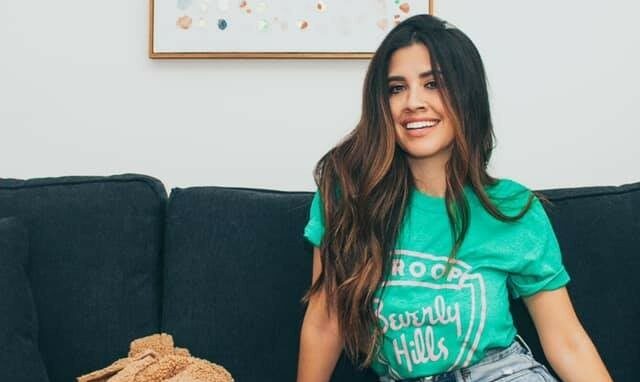 Today we’d like to introduce you to Nikki Leonti.

Hi Nikki, thanks for sharing your story with us. To start, maybe you can tell our readers some of your backstories.
I signed my first record deal in the gospel music industry at the age of 13.

I toured the world and had many top singles. I found myself pregnant and was kicked out of the industry. I didn’t know how to support myself after that so I started singing sessions in Nashville for local songwriters and touring with country artists like Carrie Underwood as a background singer. I found myself loving songwriting and began writing songs for artists, which eventually led to a 12-year career in film/TV/commercial songwriting.

I moved from Nashville to Los Angeles and ended up with a record deal on Warner Bros. The duo group I was in, Nikki & Rich, ended up doing some great things. from playing the tonight show to our debut on the Ellen Show, I thought this was finally my big break! we ended up not even releasing the album, and were dropped from the label when new executives took over the label. This was a huge disappointment as it was my 3rd record deal.

The songs I co-wrote with rich ended up being used on Ford, Victoria’s Secret, Pepsi, and other commercials and television spots. I realized then that I had a knack for writing songs like this. I started to devote my career to writing this regularly all while singing for television as a SAG/AFTRA singer.

While Singing on Glee, I began to write songs for the Disney channel and other animated projects which also became a passion of mine.

I guess you’d say I’m the little engine that could when it comes to music. I’m not a name that many people know, but you’ve heard my voice on something and you just don’t know. I feel extremely successful only because for over 20 years, I have made a wonderful living only doing what I really love.

I think at times we see superstardom as the only goal, but there are so many other facets of music that can sustain us and create a solid revenue stream for years to come. Staying creative and not giving up on your passions is true success.

Alright, so let’s dig a little deeper into the story – has it been an easy path overall, and if not, what were the challenges you’ve had to overcome?
There have always been obstacles of many kinds along the way. Music life has ups and downs that you have to learn to adapt to. I began to expand myself and make sure I always had an income stream in music even if one of them ended.

I curated live show events in Los Angeles which had its ups and downs in building and maintaining, but it was the largest live music residency in Los Angeles for eight years. Every different career avenue had its own challenges. It’s almost nearly impossible to be the manager/boss of something and not have at least one enemy.

I found that in many ways, you have to be your number one fan. Nobody cares about your career and advancement as you do. Many times, people can and will drop the ball. You can never think you’ve arrived at a certain place in business and you can finally let other people do all the work while you sit back.

You must always be involved in your career and truly care about it.

Can you tell our readers more about what you do and what you think sets you apart from others?
Here are some credits on my WIKI- there are more listed on the page…

I spent 4 seasons working as a singer on the Fox hit show Glee. I’ve had hundreds of songs placed in film and tv, and have been a regular songwriter for Disney Channel.

In terms of your work and the industry, what are some of the changes you are expecting to see over the next five to ten years?
I’ve been currently working on a new project and collaborating with a dear friend of mine and fellow songwriter, Melissa Polinar.

I just wrapped singing vocals on a new FOX TV show coming out this fall called Monarch; with Susan Sarandon and Trace Adkins. I recently got a Samsung commercial and last week I just landed an international Toyota commercial!

Songs miraculously keep getting picked for film/TV spots and I’m grateful for every single one.