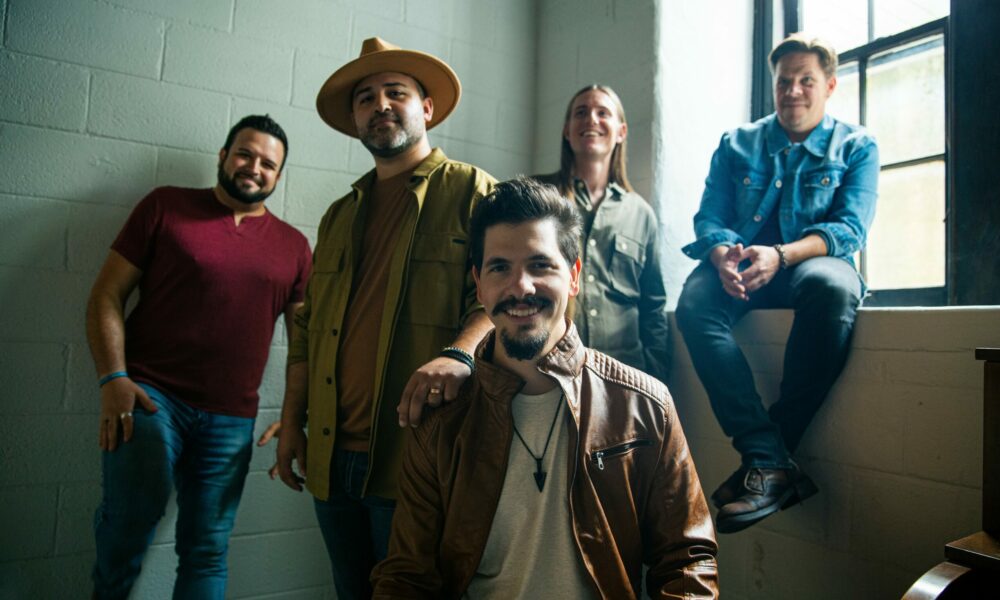 Today we’d like to introduce you to Cumberland Run

Hi Cumberland Run, so excited to have you with us today. What can you tell us about your story?
Personally, I was born and raised here in Nashville, TN and honestly, country music wasn’t something I grew up loving. It was my first concert/exposure to live music & I had some songs that I liked on the radio, but it was nothing special. It really started to make an impression on me in adulthood as I left home to go to college at Hanover College in Indiana. Listening to country music was my form of homesickness remedy and I also starting writing songs around the same time in 2009/2010.

Cumberland Run is a Country/Rock/New Outlaw music Tour de Force! We burst onto the Nashville scene in 2014 on the Legendary Honky Tonks / Lower Broadway and we maintain residencies at Ole Red Nashville and the exclusive, world-famous Wildhorse Saloon after ranking into the Final 4 of Wildhorse Saloon’s 2014 ‘Battle for the Saddle’ competition! Since then, we were Nashville local finalists in the national NASHNEXT competition in 2017 & we’ve played multiple Hard Rock Casinos & toured colleges all over the eastern seaboard opening for acts like Jerrod Niemann & We The Kings.

In late 2018, a co-founder & former lead singer of the band quit leaving our future in uncertainty. I stepped up as the new leader and created Cumberland Run LLC. Equipped with my musical direction and creative vision, Cumberland Run was reborn! I write 95% of our original music, manage the group’s business, booking, and media affairs. When I took over, our former fiddle player Jonathan H. Warren came back into the fold & I found us a couple more new members.

We have an eclectic taste in crossover covers while staying loyal to our healthy blend of modern and classic country music styles. Our sound also stems from my affinity for an amalgam of 90s/00s Alt-Rock influences like Matchbox 20, Third Eye Blind & Goo Goo Dolls.

In the early summer of 2021, we officially became Westone Audio artists endorsing the pioneers of in-ear monitoring technology!

On August 3rd, 2021, we released our debut EP “What We Live For” which I self-produced & wrote 2 out the 3 songs. We recorded it in cooperation with The Blackbird Academy at the legendary Blackbird Studio in Nashville, TN.

On Aug. 25th, we opened for Blake Shelton on the main stage at country music festival Bash on the Bay 4. The fest also featured Runaway June, Walker Hayes, Carly Pearce & Keith Urban! Our lead single “Making Up for Lost Time” was even added to CMT’s Spotify playlist: HEAR HERE on September 3rd, 2021, only a month after the EP was released.

Alright, so let’s dig a little deeper into the story – has it been an easy path overall and if not, what were the challenges you’ve had to overcome?
As mentioned earlier, it has not been a smooth road. At first, we were a bunch on Belmont University boys and because of that, you might think we had it made! However, we were a small fish in the biggest pond live music can offer. We thought we blew it at our first Nashville Honky-Tonk audition for Margaritaville Nashville. Luckily, they saw potential and gave us a chance. From then on, it was working the graveyard shift 10 pm – 2 am with no breaks! It started with a show every couple weeks and progressed all the way to multiple, consecutive 4 hour shows a week for what pay is considered table scraps in many other cities.

Then there was trying to promote original music in a tourist market meaning creating a fan base of local/repeat show-goers is a near impossibility. Also competing in town for attention with young label artists who were on the way to being the next big star. Not to mention trying to find the money to record our original music on the level that could compete with these artists.

The near deathblow was having my business partner and co-leader leave the band while still under contract to tour colleges the next season and a promising cruise ship guest artist opportunity on the rise. Morale was down, and most members just wanted to dissolve the band, take their cut of our band account and be done.

I saw that there was something more there for this group. I knew it was still a viable product and still had life. It’s good to know now how right I was, but the rebuilding was so stressful and gave me a lot of self-doubt & career uncertainty. I was in quite the depressive slump for months. The only thing that kept me going was that sixth sense that we weren’t finished yet.

Can you tell our readers more about what you do and what you think sets you apart from others?
We are a Country/Rock/New Outlaw music band with 3 co-op singers. We are known for our high-energy live shows at the most high-profile venues downtown Nashville, TN has to offer.

We are known for our incredibly tight 3-part harmonies and for our fiddle players’ impressive presence & virtuosic performance. He can also do a pretty cool deep announcer voice!

We are known for playing a game with a couple of our songs LIVE, namely “Devil Went Down to Georgia” by Charlie Daniels Band. We start the song an ungodly slow pace and for every tip that goes in the bucket or hits the stage, we get a little bit faster, often getting up to blistering, demonic speed. We call it “The Devil Game”, and you can find it on our YouTube.

We have been known to do covers outside of our genre but in our signature style. We have versions of Meet Virginia (Train) and I Don’t Need No Doctor (John Mayer/Ray Charles). We do a swampy, rock-ified cover of the bluegrass tune: Man of Constant Sorrow (Soggy Bottom Boys) from the movie “O Brother Where Art Thou” where we trade of verses between our 3 lead singers in what we call a “Split” song. We play a mashup of Psychobilly Freakout (Reverend Horton Heat) & Orange Blossom Special (Charlie Daniels Band). We covered David Crosby’s recent 2018 song “Glory” on YouTube”.

I think we’re most proud of our perseverance and how we strive to always put on a great show through lost voices, broken strings, surgery recovery, broken sticks, & technical difficulties. We don’t easily give up. We hustle because we have that hunger. 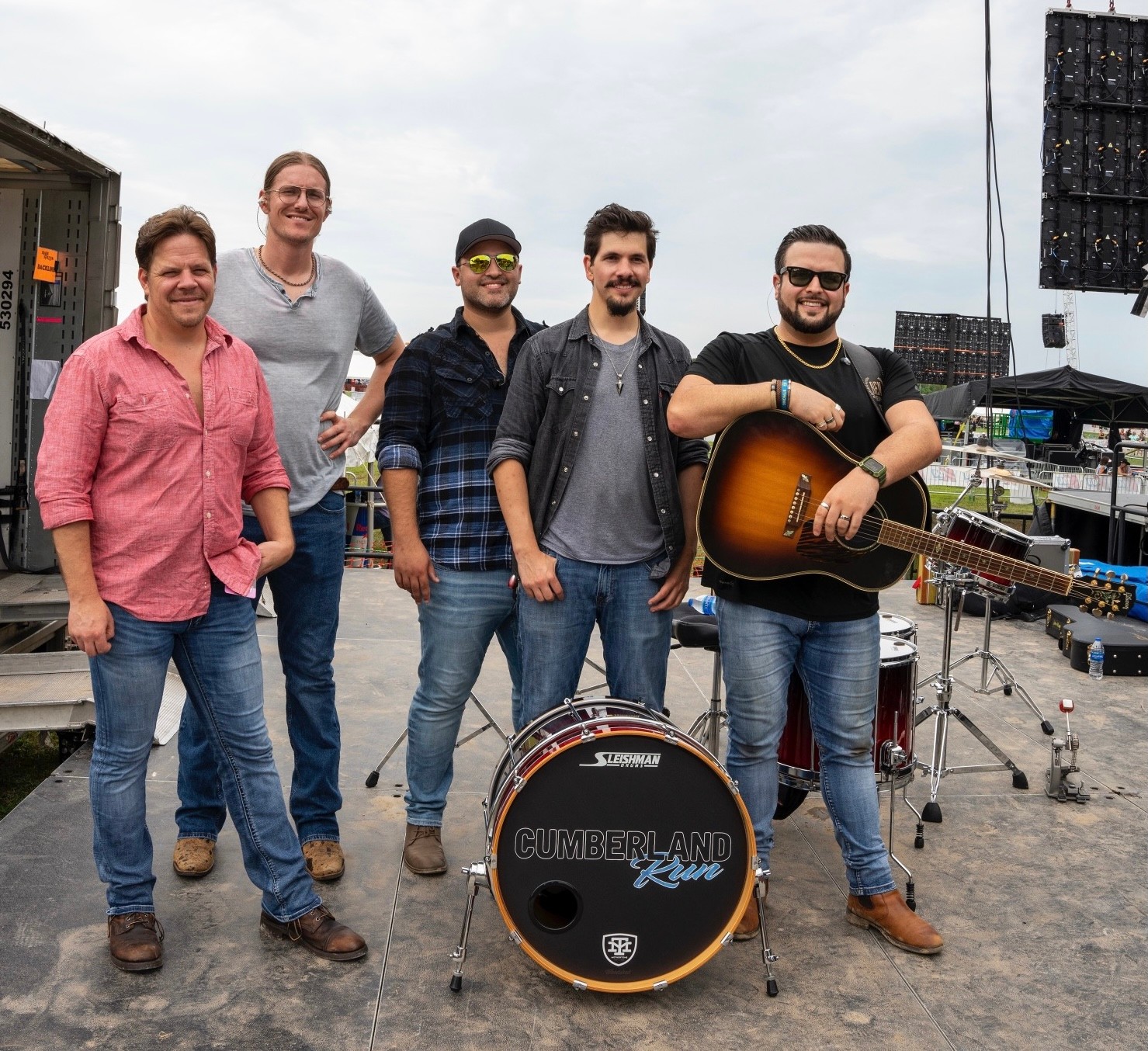 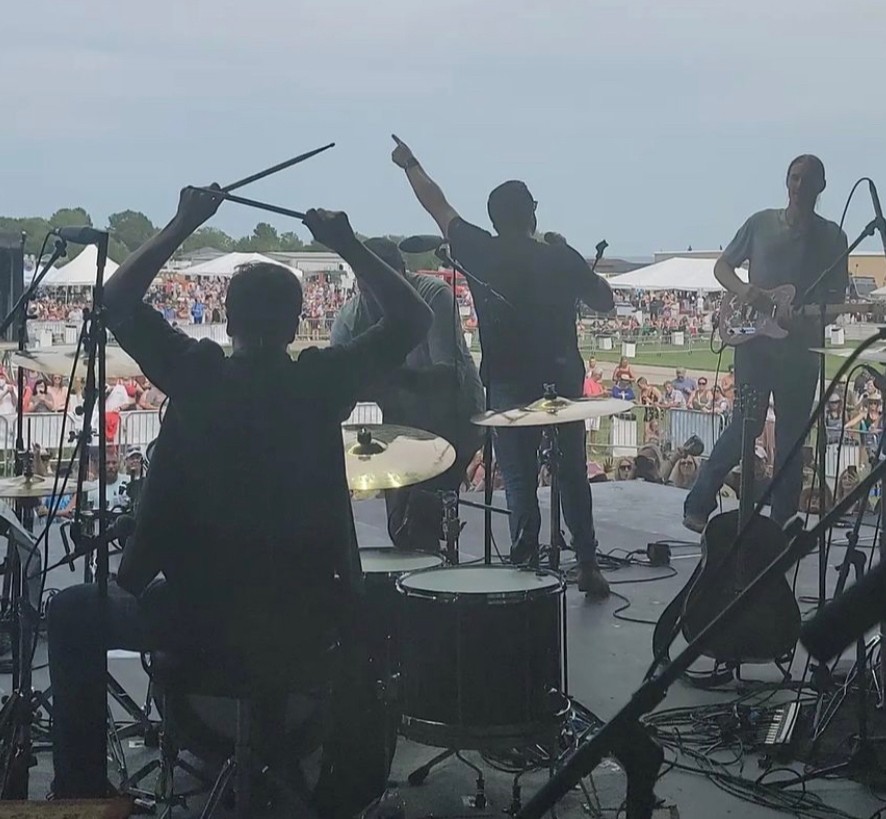 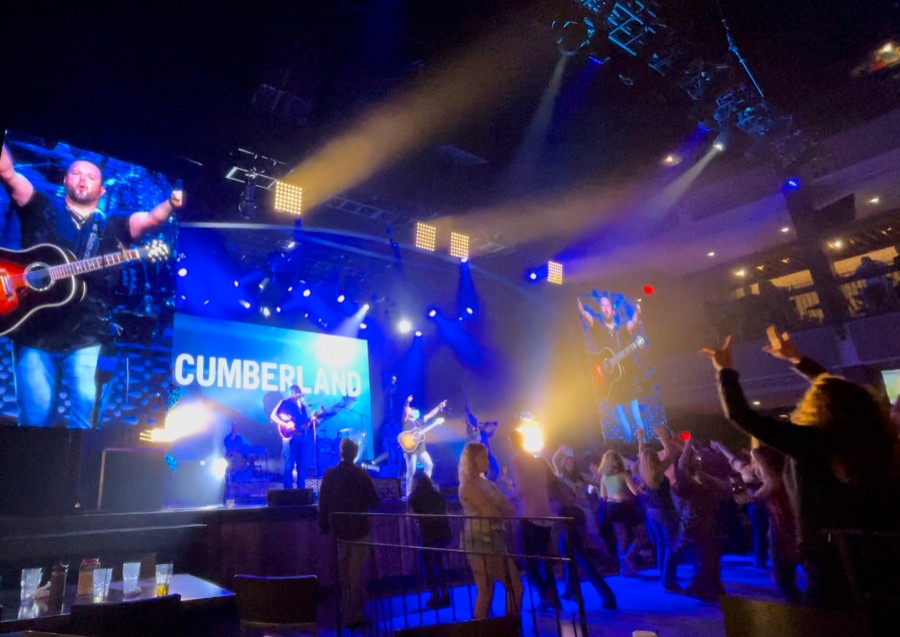 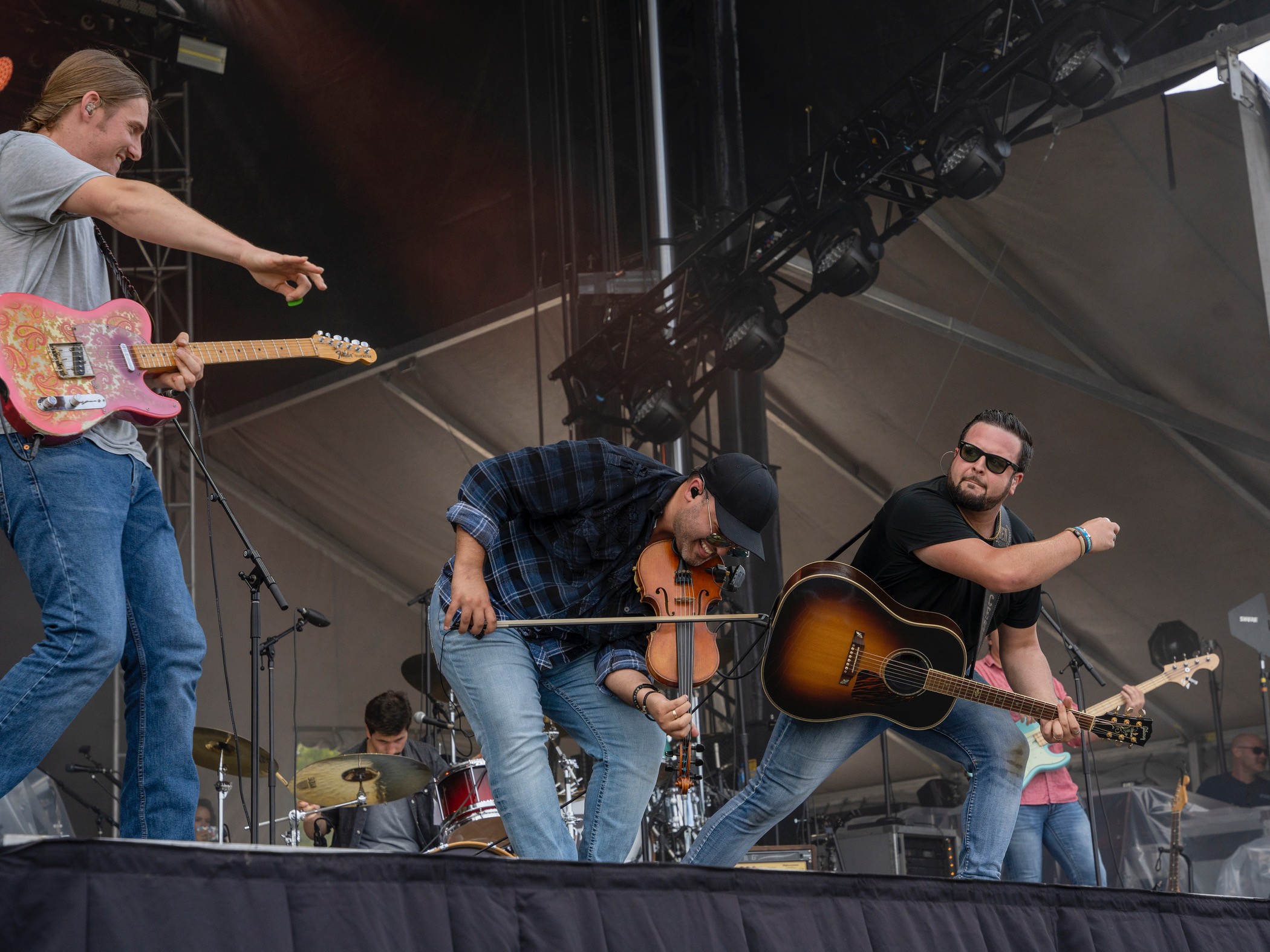 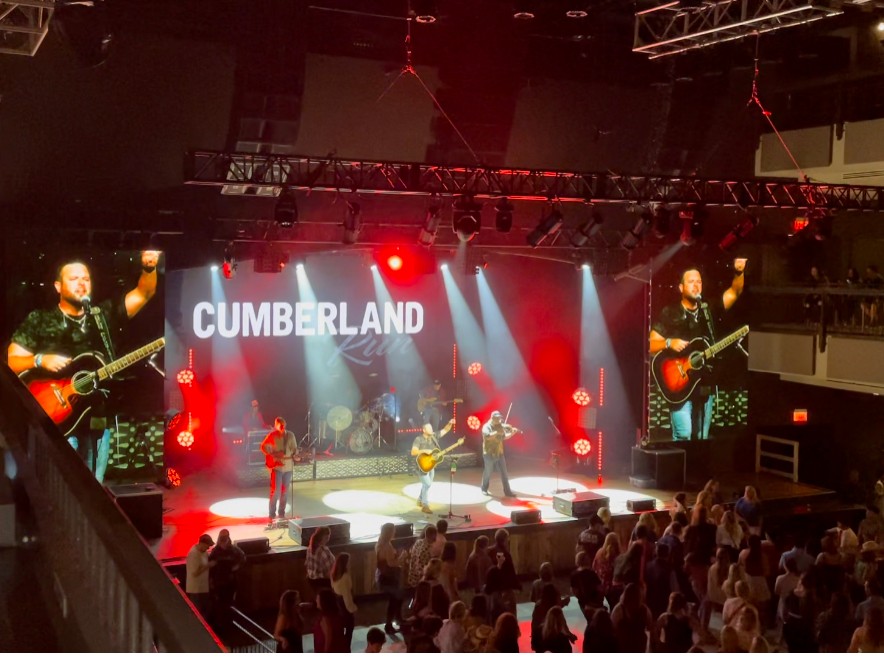 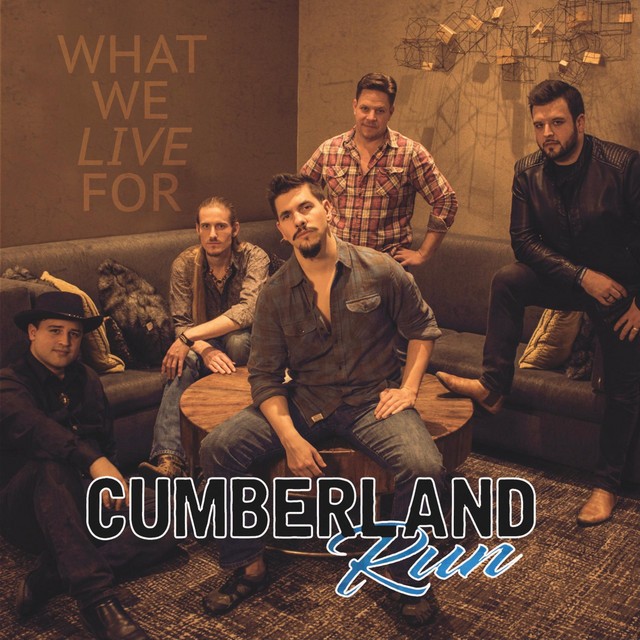 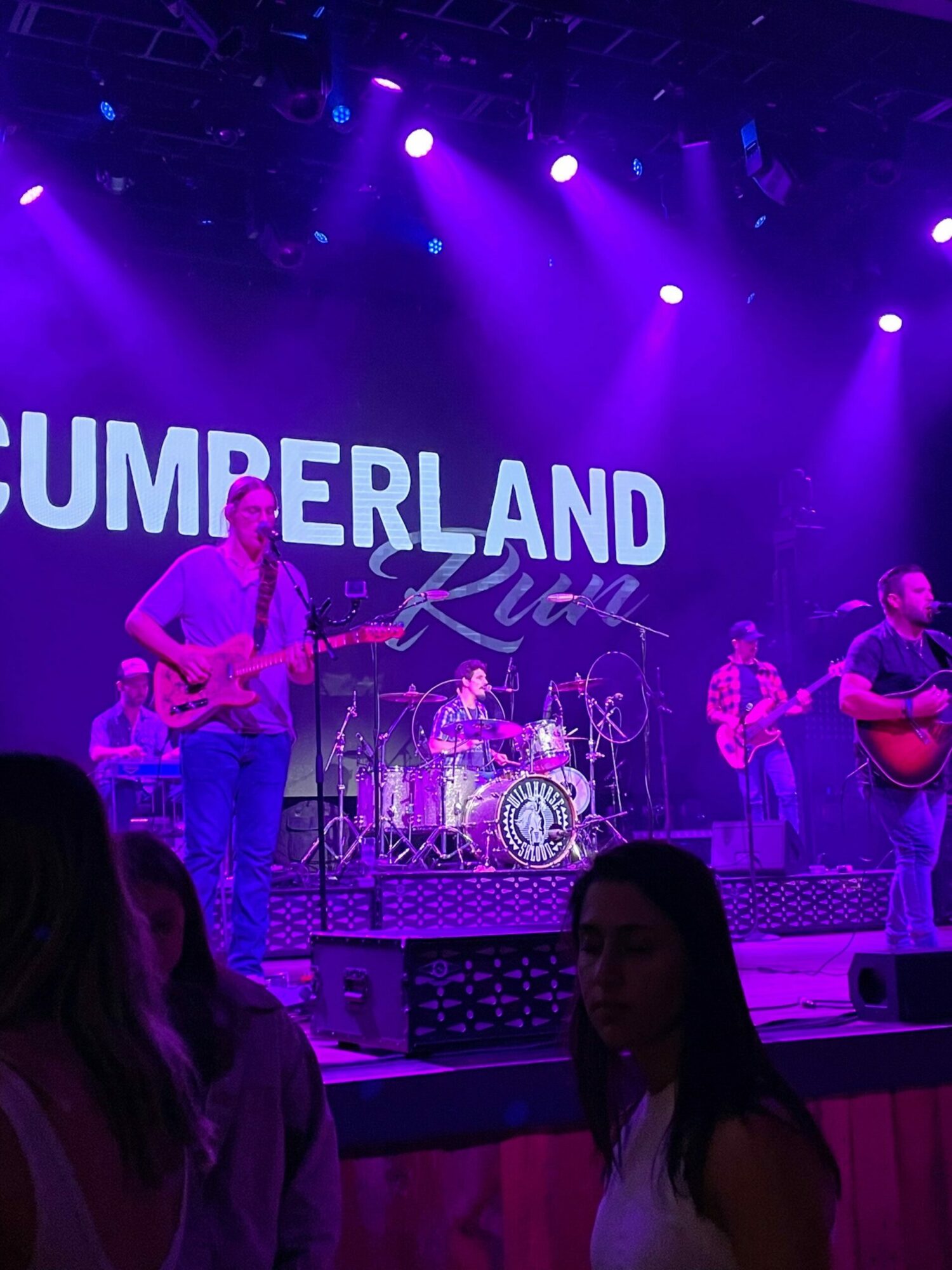 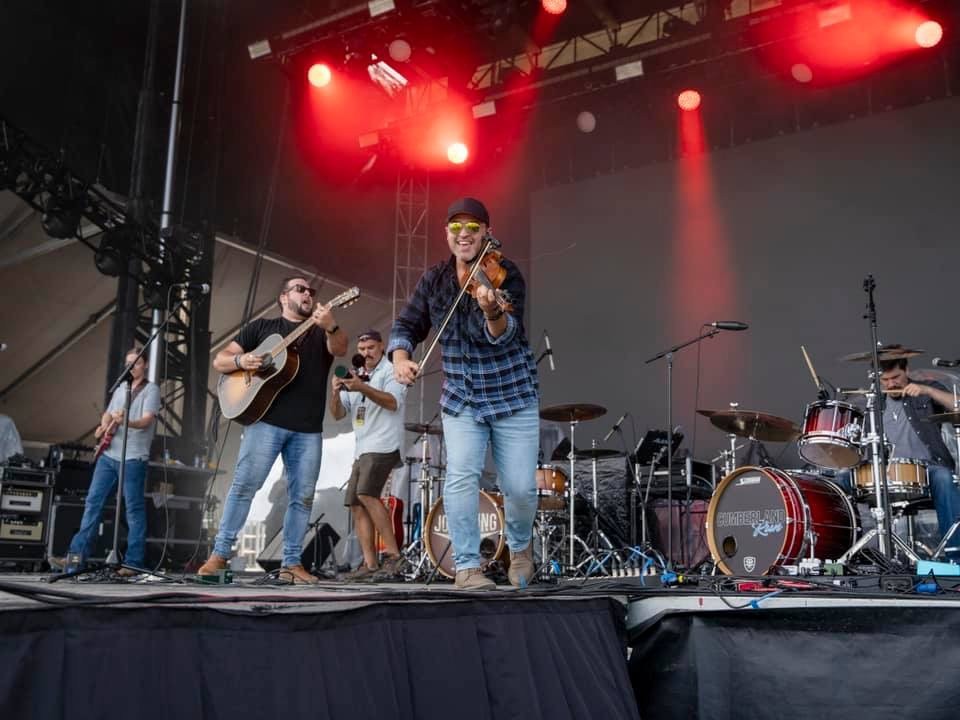