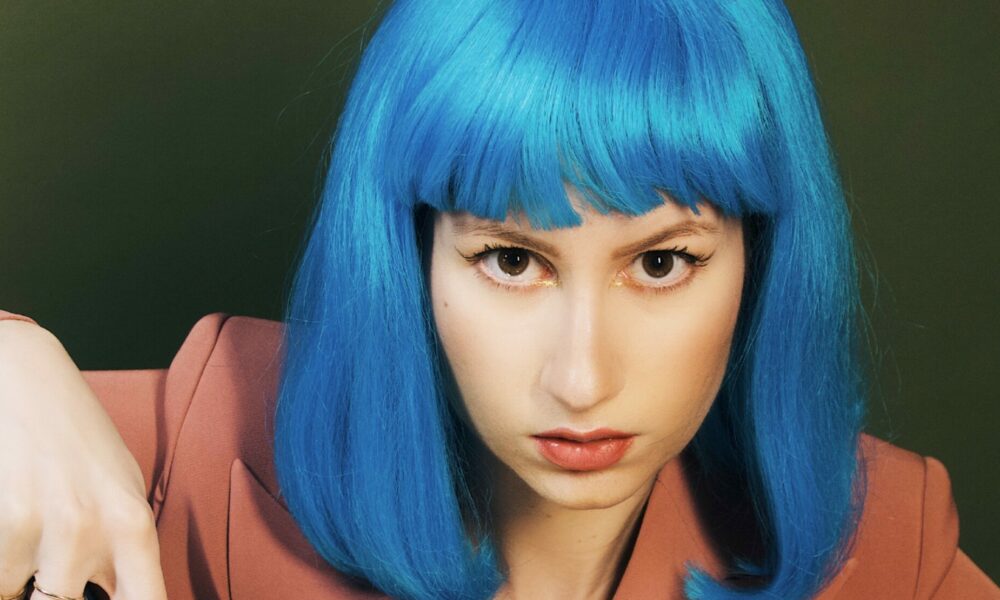 Hi Olivet, please kick things off for us with an introduction to yourself and your story.
Thanks so much for having me! When it comes to music, it really all started for me at the age of six, when I began taking violin lessons in my hometown of Aurora, Illinois. I stuck with it and went on to study both classical and fiddle styles of playing over the next several years.

In 2013, I moved to Nashville to attend Belmont University, where I studied Classical Violin Performance. After graduating, I had opportunities to play with several local bands of varying genres, and at world-renown venues. I also started my fiddle teaching business around this time, The Tune Project, and my wedding string trio, Modern Mozarts, both of which are still going strong today.

In the Fall of 2019, I decided to start taking singing lessons, in hopes of being able to sing background vocals (in addition to fiddling) at some of the gigs I was performing for at the time. At some point along the way, I realized I was really just looking for the confidence to be able to share my voice with others, and lessons were a way for me to receive concrete instruction and instant feedback.

Jumping ahead to 2022, after dedicating myself to other artists’ projects for so many years and finally reaching a point of feeling creatively unfulfilled, I quit the local band I’d been in, and decided to really get clear about what it was that I wanted going forward. I decided I needed a creative outlet – something that was just for fun and for me, and that’s where my Instagram account, @the_olivet, was born.

I began by posting artistic self-portraits, poetry, and videos of me singing covers of both jazz classics and popular songs with a jazzy twist to social media. After pouring my time and energy into other people’s pipe dreams for so long, it felt both strange and exciting to finally be the one taking the reins, and giving myself the freedom and permission to create simply for the sake of it.

All of this led me to where I am today, about to release my first single, and as ready as ever for what my future as a solo artist holds!

Alright, so let’s dig a little deeper into the story – has it been an easy path overall, and if not, what were the challenges you’ve had to overcome?
Well, since this is a brand new endeavor for me, I haven’t had a whole lot of time to run into obstacles as far as the music is concerned.

What I will say though, is that branding yourself as an artist can be difficult, especially if you are doing it for the first time, and that has been a new but exciting challenge I’ve had to navigate.

Because I am starting out as an artist a little later in life than some, I know that will ultimately be more difficult than for, say, someone who has been singing and writing songs since they were a child or teenager. When I was a teenager, I was practicing Tchaikovsky! That being said, I am not discouraged by this, and will just keep reminding myself that I am doing this for the fun of creating, and whoever happens to enjoy it along the way is just a bonus.

Alright, so let’s switch gears a bit and talk business. What should we know about your work?
Absolutely! As I mentioned, I am a violinist/fiddle player, so that is what I have been known for all my life. Although I have worked very hard to get to where I am today with the violin and am proud of that, I am at a point in my life where I’m trying to shift gears a bit, and that is where my latest project comes into play.

As I mentioned, my first single is coming out soon, and I am very excited to share that with the world. The song is a cover of “Maneater”, the 1982 pop hit from Hall & Oates. What I love about the original “Maneater” is the ironically upbeat, pop feel that it has contrasted with the lyrics, which are actually pretty dark.

Each time I’d hear the song, I couldn’t help but think of a slow, chilling arrangement that seemed to be more in line with the lyrics. This thought popped up here and there for almost exactly a year before I actually considered doing anything with it. With my take on the song, I wanted people to feel a little unnerved, as though they are listening to someone behind a glass wall, or in a cave.

I had some wonderful people a part of this project, and am so grateful to each individual who helped my vision come to life, from the song production (Max Nunes) to the photography (Raena Lannom), to the cake man featured in the photos (Destiny’s Treats)!

I would not have been able to pull this all off myself, and am grateful to be surrounded by such talent in this town.

We’d love to hear about any fond memories you have from when you were growing up?
A favorite memory I have from childhood is when I was about four or five years old.

I was a big fan of Shania Twain, and whenever her television special would come on, I’d climb up onto the hearth of the fireplace at my grandparents house, and belt my heart out along to her songs.

I’d even change outfits in between songs to try and match her! I am trying to rediscover that bold, carefree girl inside of me, and this creative project is helping me do that. 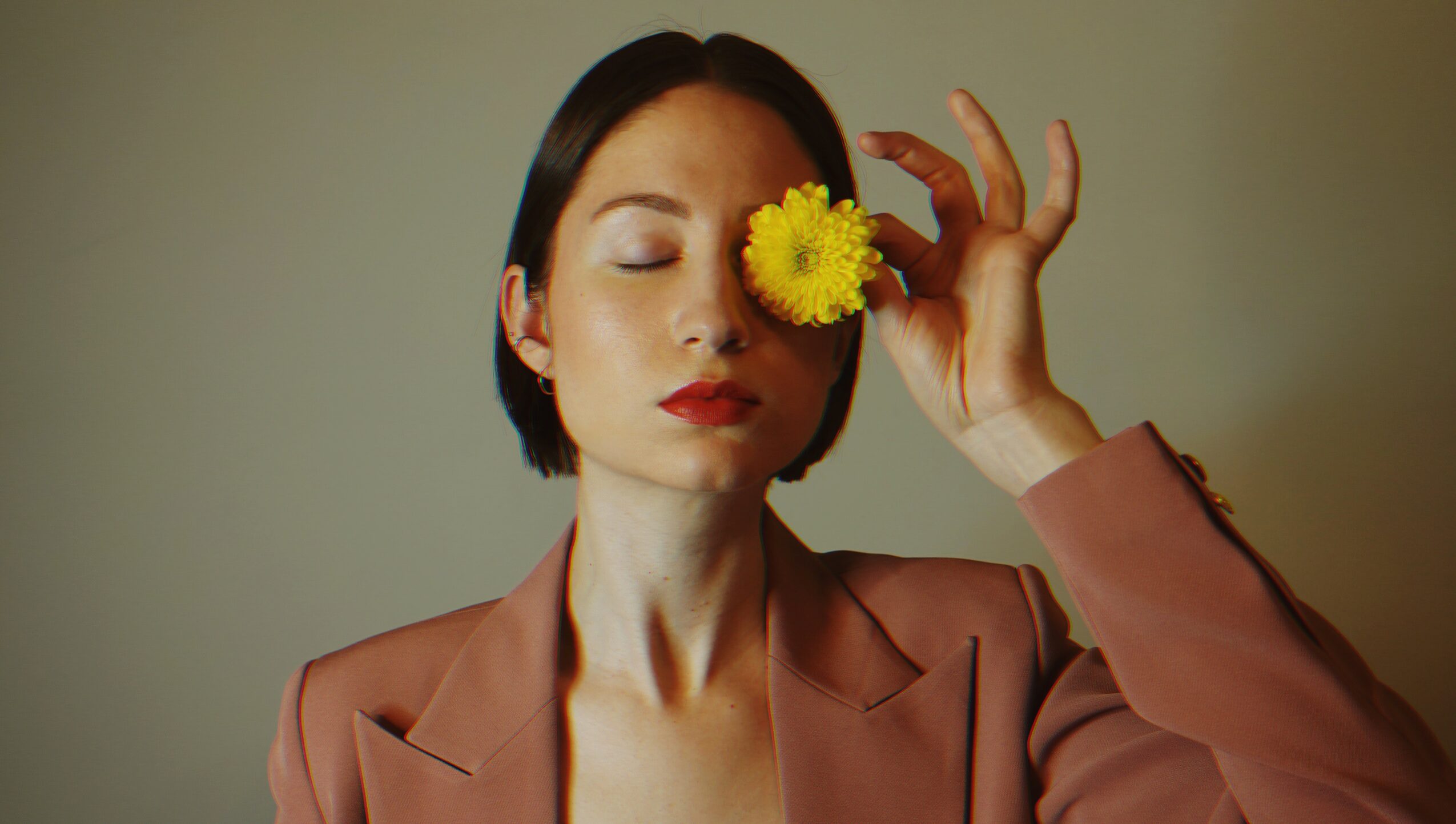 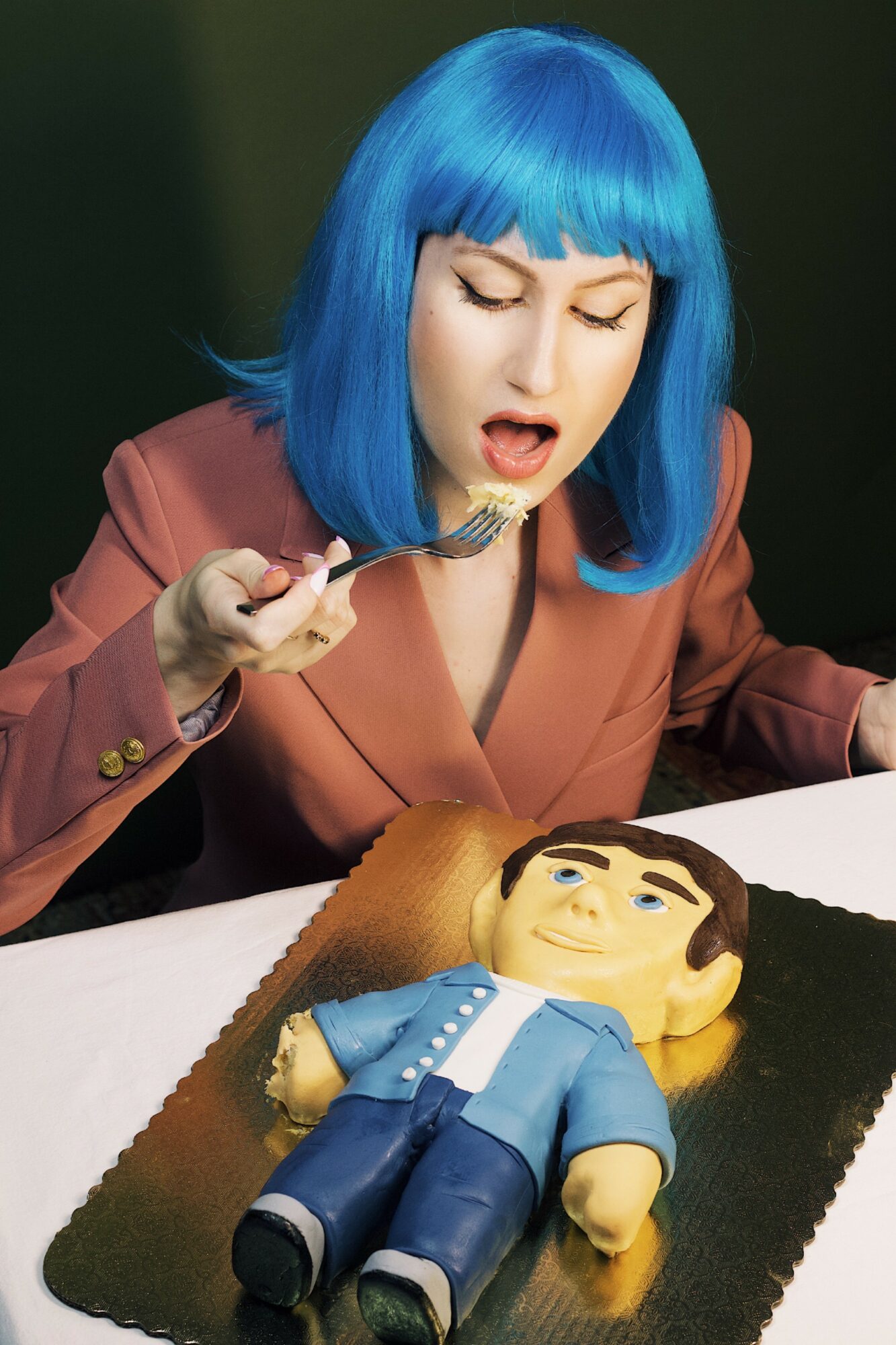 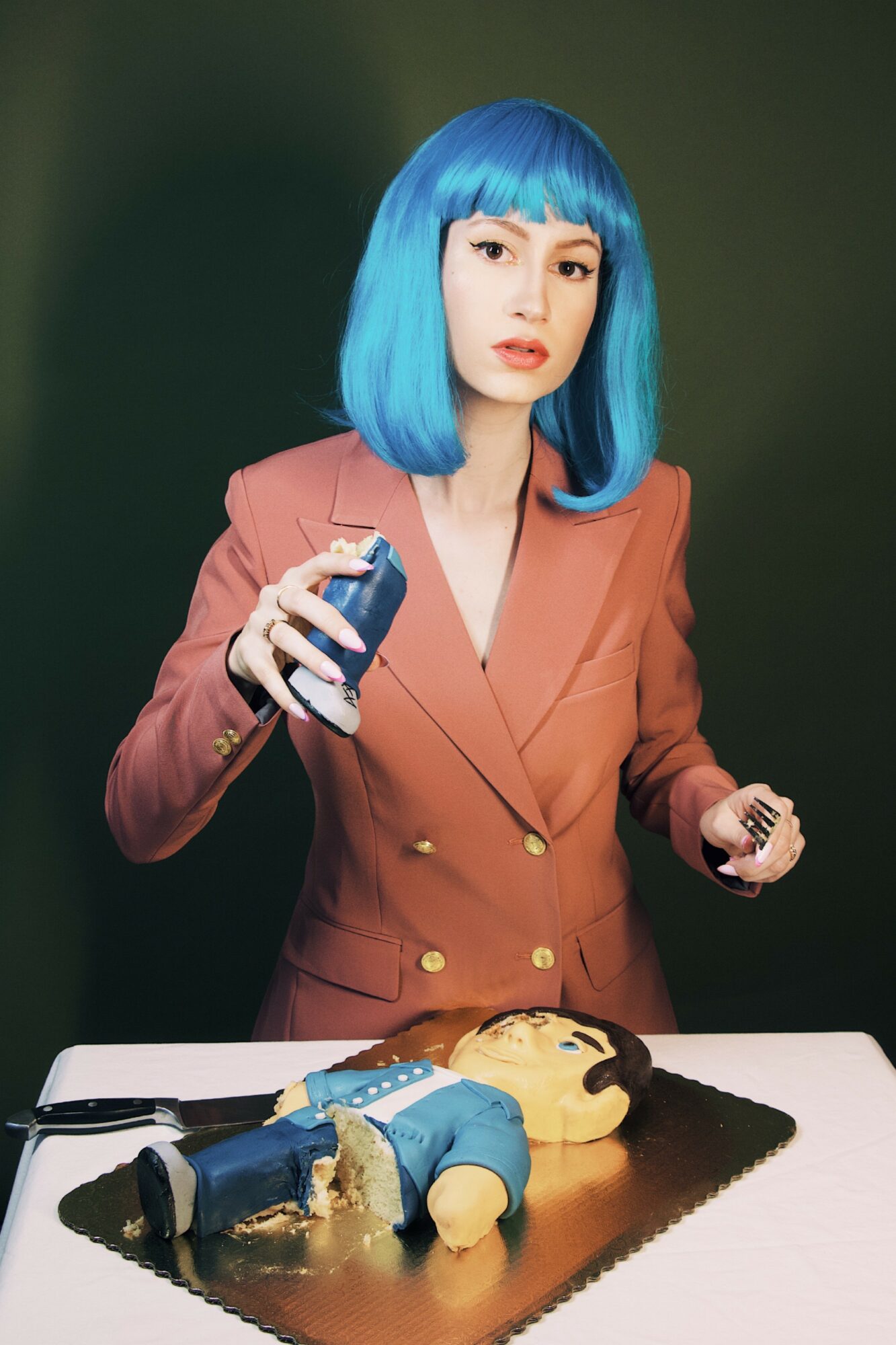 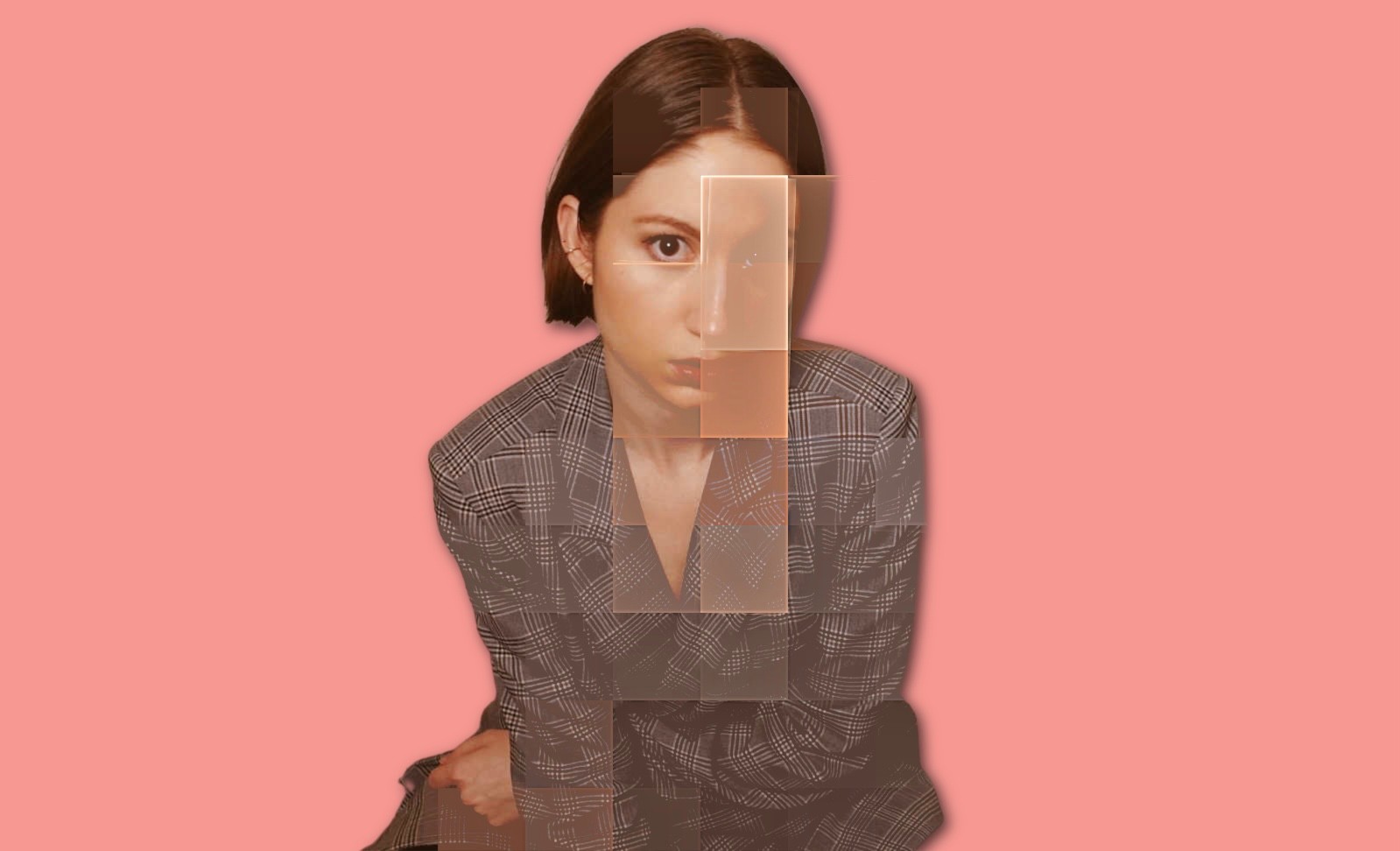