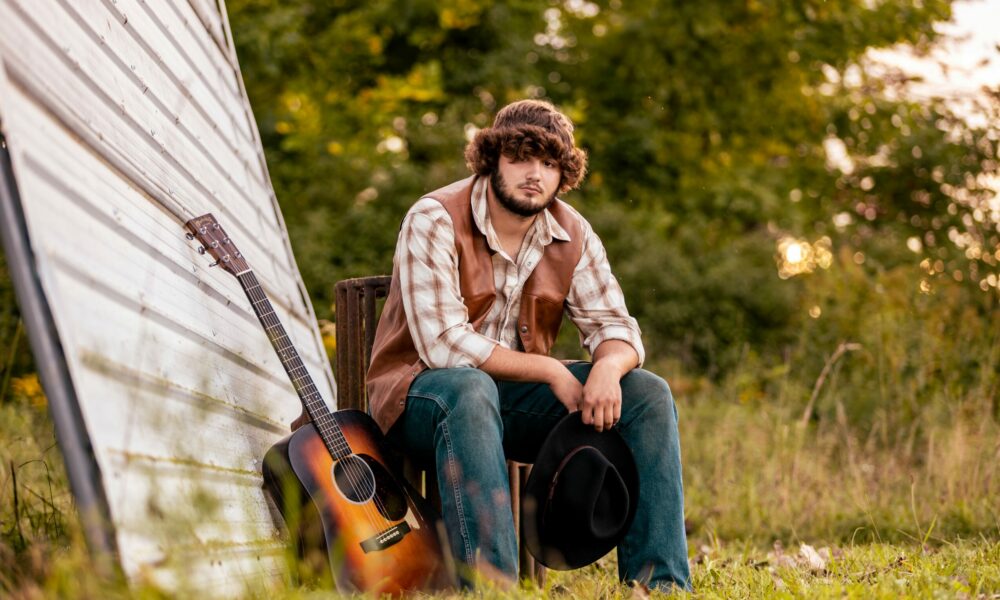 Today we’d like to introduce you to Waylon Hanel. Them and their team share their story with us below:

Waylon Hanel is a young up-and-coming Mid-Michigan Nashville Recording Outlaw Country Music Artist. Waylon received his first guitar at the age of 15 with the intent of learning one song, Johnny Cash’s “Walk The Line”! Waylon quickly taught himself how to play the guitar as well as sing.

As a sophomore in high school, he started playing in front of small crowds in his hometown of Millington Michigan at some of their favorite local hangouts. By the time he entered his senior year, he was playing in nearby neighboring towns entertaining much larger crowds where it caught the eye of Dan Richards, host of “98 KCQ Sunday Night Flashback” a local Mid-Michigan Radio Show.

Together Dan and his wife Georgeann both on the radio for many years knew there was something special about a young teenage boy who had a true passion for real country music.

Tragedy struck Waylon’s family in 2021 when they unexpectedly lost his brother and his very best friend (just one year younger) due to overlooked complications from an automobile accident. Waylon decided to channel his energy and use his grief to focus on writing music. He recently made the decision to pursue music full-time.

Shortly after Waylon’s brother passed away, Waylon had the opportunity to meet singer/songwriter Bernie Nelson (Wynonna, Kenny Chesney, Confederate Railroad, and many more) in person, by way of Mr. Dan Richards and his wife Georgeann Ricketts. Waylon and his parents traveled to Fredericksburg Texas in June 2021 to sit down with Mr. Bernie Nelson one on one and together they wrote 4 original songs.

On January 15, 2022, Waylon signed with Nashville publicist PLA Media. The CEO & owner of PLA Media, Pam Lewis has a long history in the music business one of which was starting out as Mr. Garth Brooks’ manager! Pam has also worked alongside many other incredible artists such as Trisha Yearwood, Waylon Jennings, Steve Earl, and many, many more before starting her own publicist company, PLA Media.

Waylon caught the eye of long-time songwriter and journalist, Mr. Jim Newcombe, from England. Mr. Newcombe reached out to Waylon via Facebook to get to know him and his story. Soon Mr. Newcombe was pitching Waylon to several magazines in Europe and the UK. The UK Magazine Country Music Express immediately showed an interest in Waylon. They listened to his music as well as interviewed him before choosing to put him on the cover of their 4/25/22 issue and of course a full article inside!

“Forever Sure Looks Good On You” was also chosen to debut on The New Country Brew Playlist Radio Show the week of 3/7-3/12/22. He was the only repeat artist in the month of March 2022 to have a second song, “If I Could Write This Song” chosen for The New Country Brew Music Playlist Radio Show which aired 3/21-3/27/22 alongside songs from Willie Nelson and Ronnie Dunn in the one hour show.

Waylon has since played outside of Michigan gaining new fans in states such as Indiana, Texas, Tennessee, and Florida. Waylon was the winner of the “Big Sing” competition at the Genesee County Fair in August 2021 winning the grand prize of $1,000.

We all face challenges, but looking back would you describe it as a relatively smooth road?
The sudden loss of his best friend and brother and only sibling took a toll on Waylon and his family.

Due to initial anger and grief, Waylon had a hard time thinking about going back out and being “happy” entertaining large crowds. It was a couple of months after Landyn passed when Waylon realized music was part of his makeup and there was no way he could give up music.

Waylon decided he wanted to start writing his own music for his fans. To channel his anger and grief into music. Music saved Waylon and his parents.

As you know, we’re big fans of you and your work. For our readers who might not be as familiar what can you tell them about what you do?
Waylon specializes in writing and performing music. He does a mix of original and cover songs at his shows. Waylon is proud of his willingness to continue playing music for his fans after losing his brother in 2021.

Waylon is set apart from others because of his extraordinarily clear and smooth vocals. Overcoming the intense amount of grief while continuing to shine and push forward in the music industry.

To continue impressing the right people. To be asked to be part of the line with headliners Chris Cagle and Travis Tritt at the Bay City Country Music Festival in Bay City Michigan, in June 2022.

Do you have any advice for those just starting out?
Don’t give up. Push yourself. Push through the hard times. Life isn’t fair but you want to make the best of what God gave you. 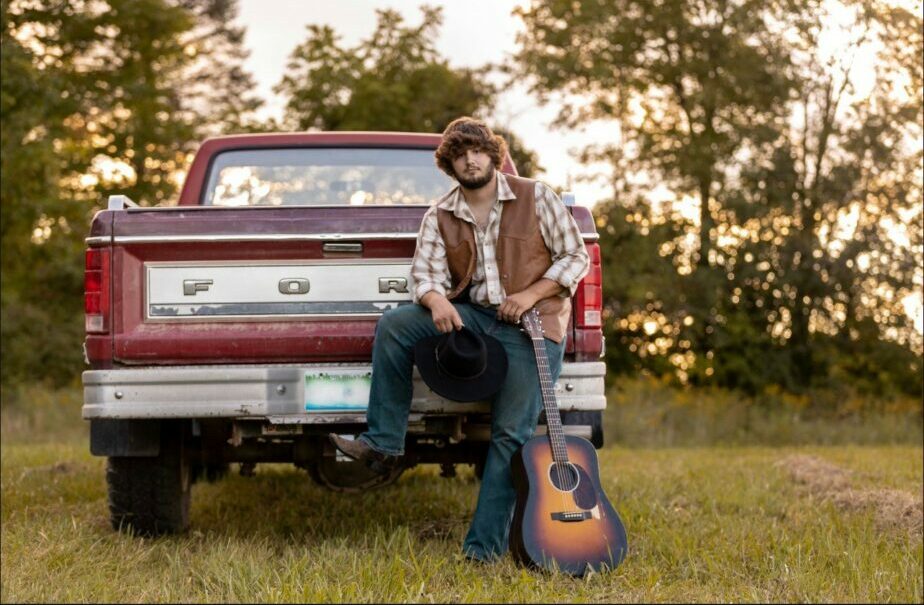 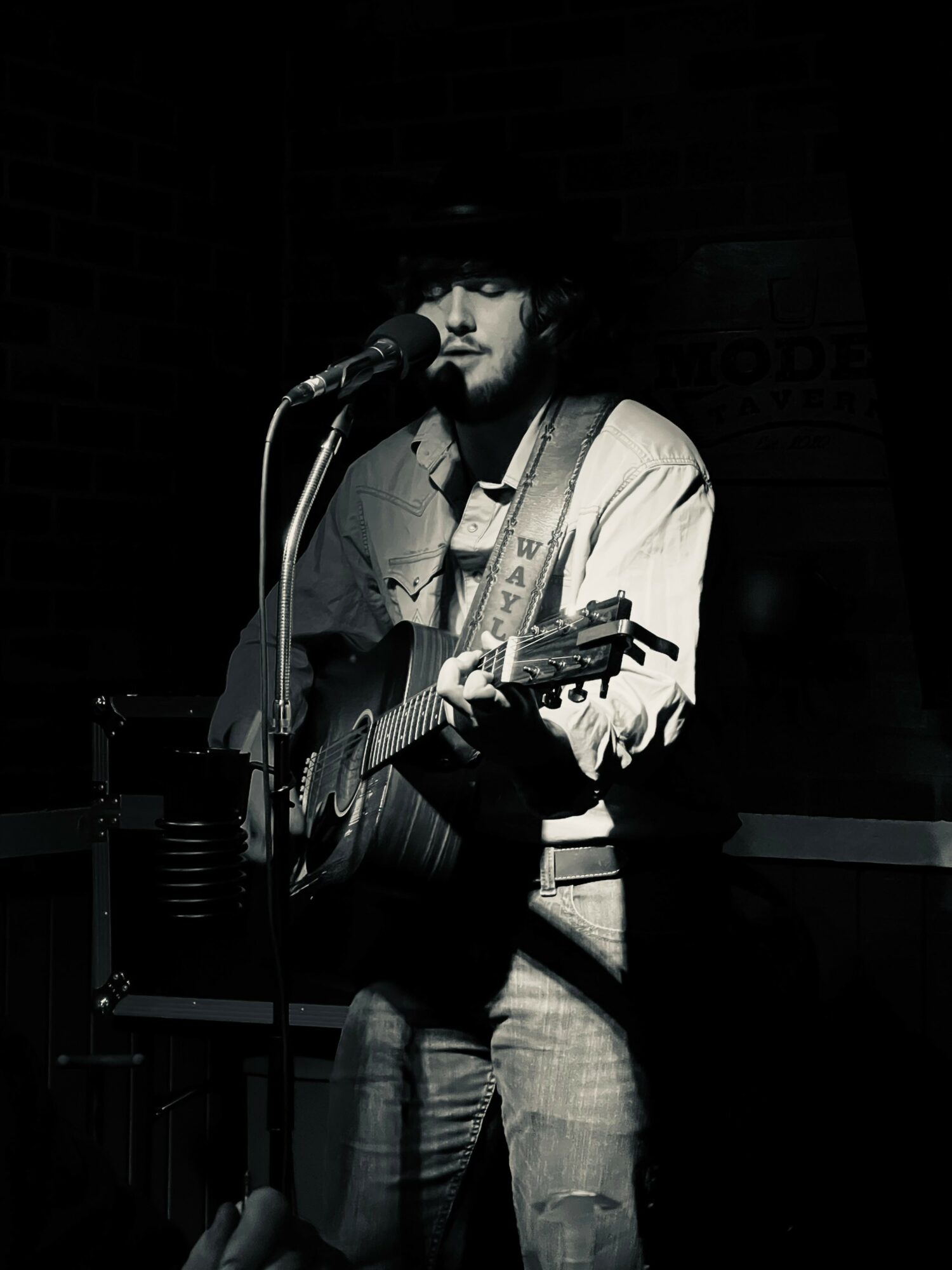 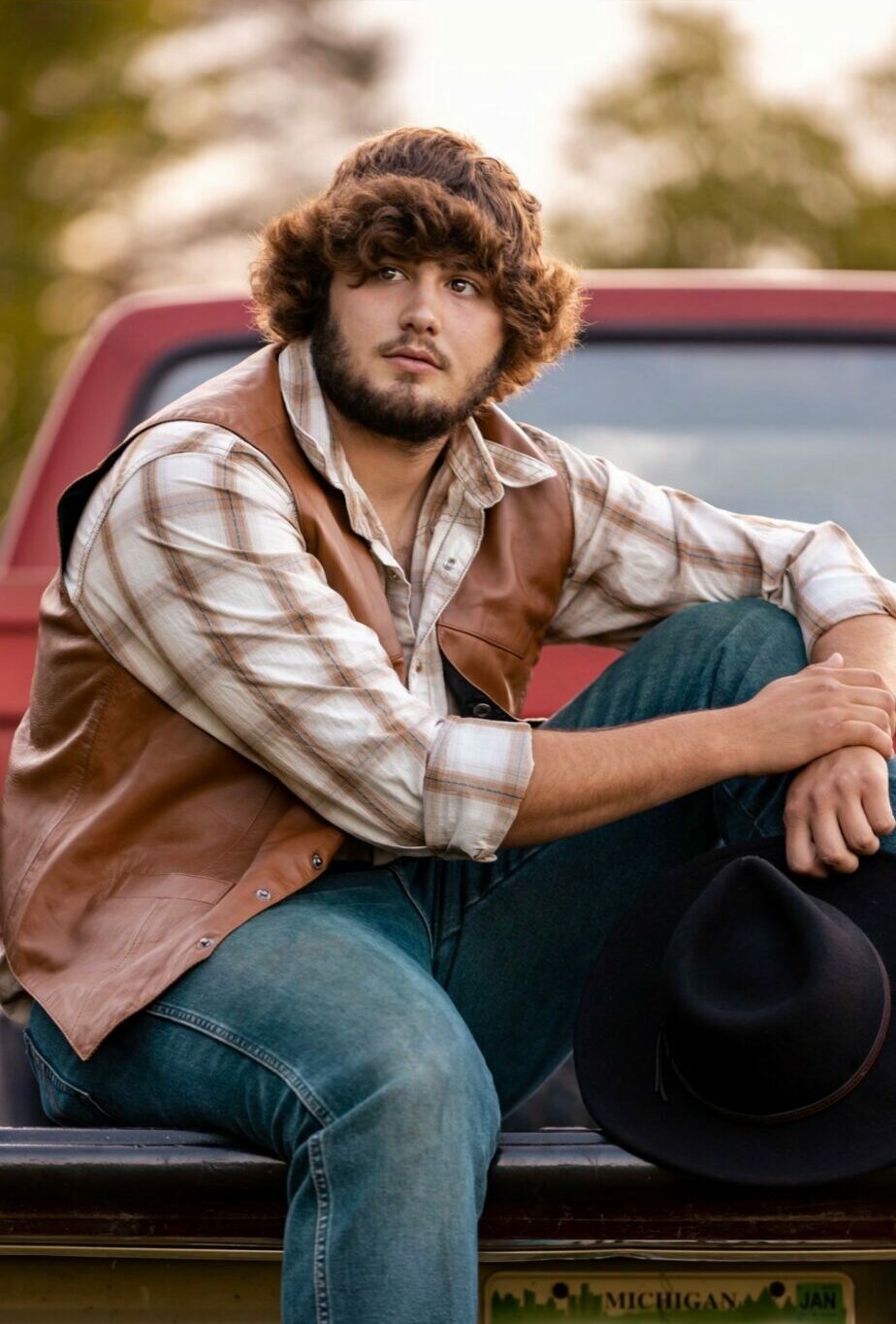 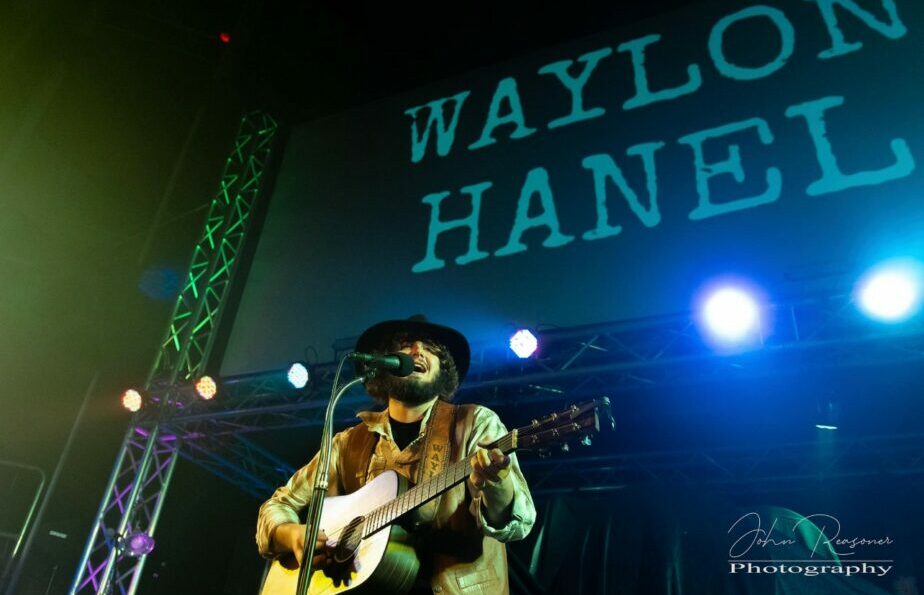 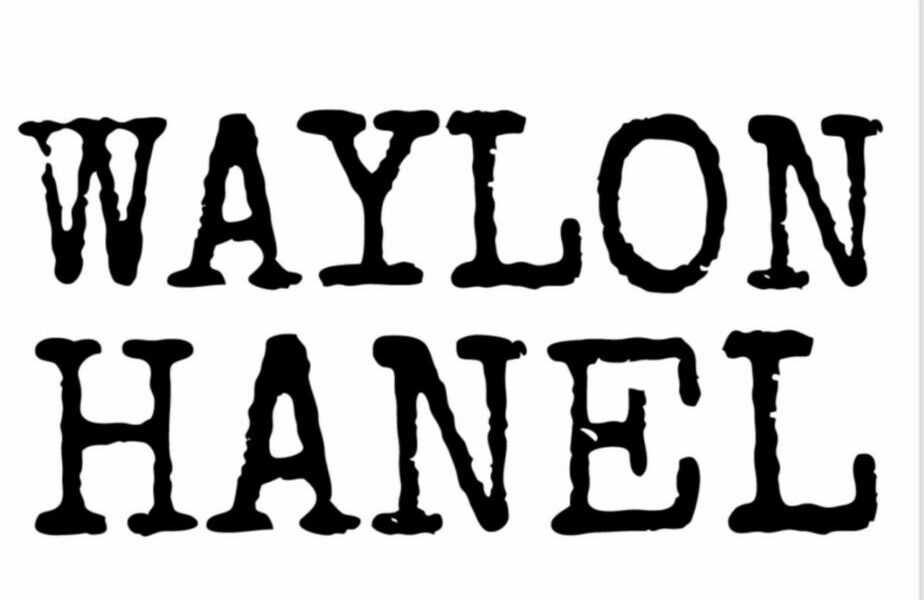 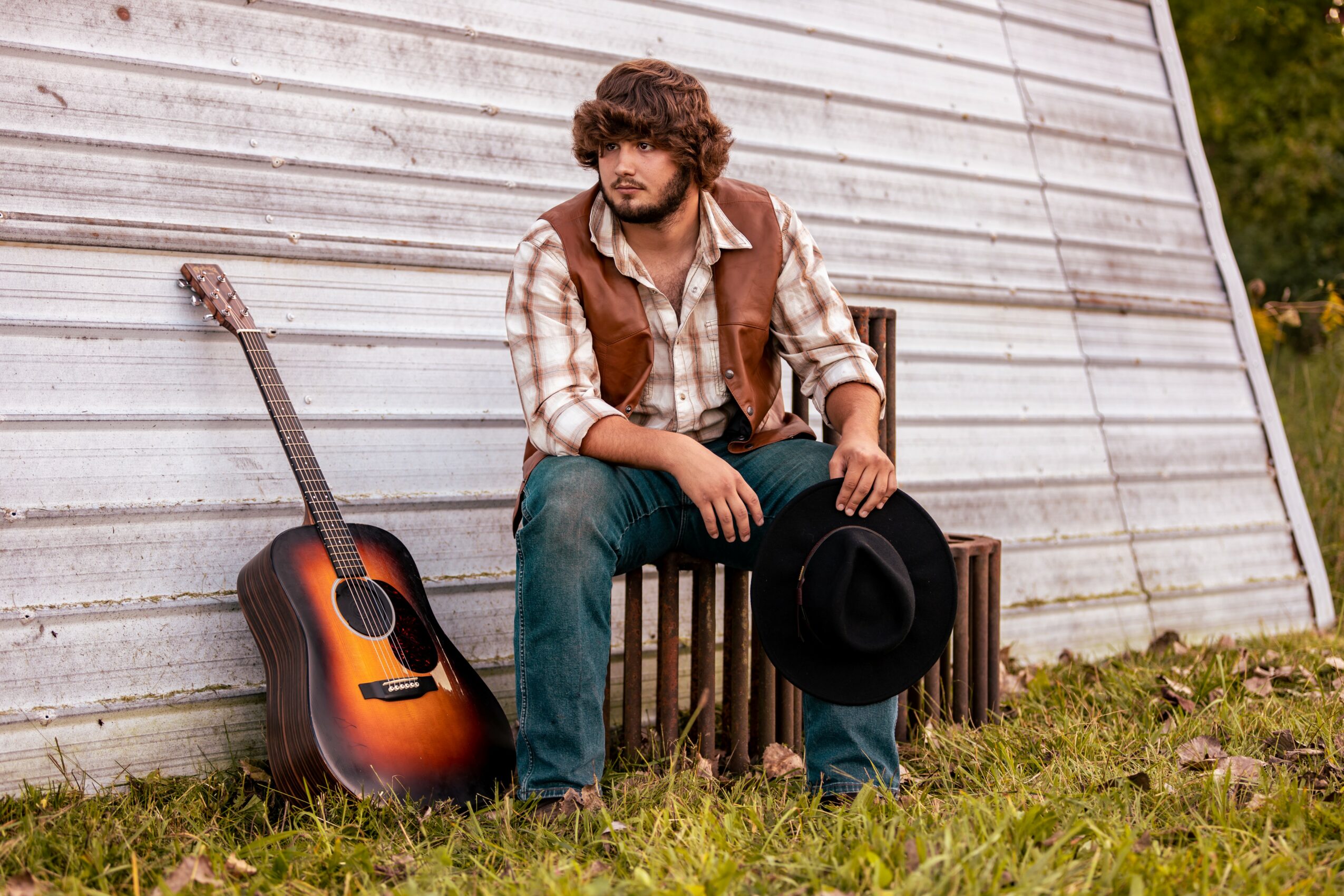