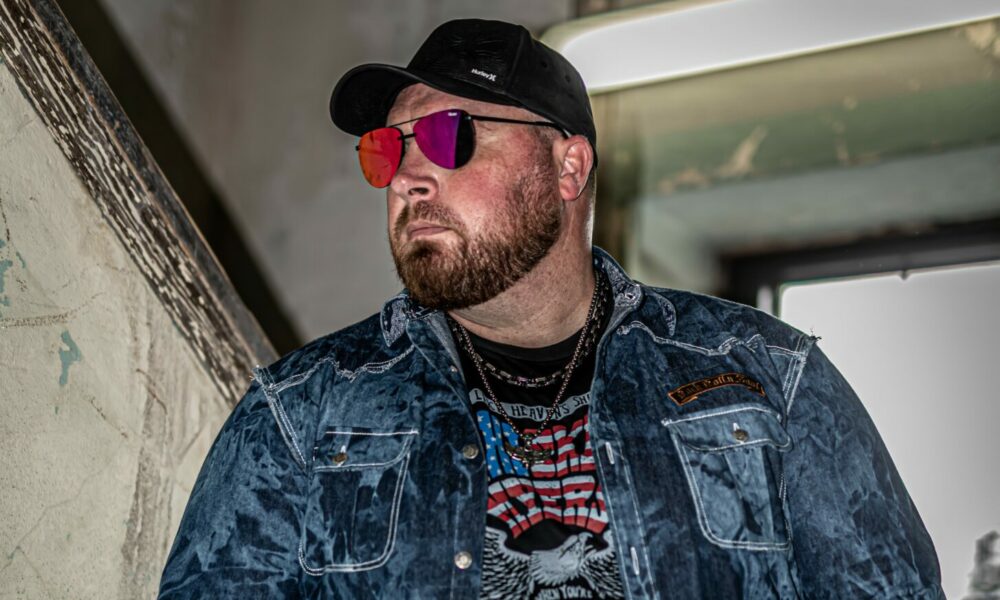 Today we’d like to introduce you to Joe Hermes.

Hi Joe, thanks for joining us today. We’d love for you to start by introducing yourself.
I grew up in a small country town 2 hours south of Chicago called “Heyworth” IL.

My Dad spent his days building a business and my Mom took care of the home and watched over my Brother, Sister, and me. Riding dirt bikes and four-wheelers, fishing, and jamming to music with my friends was how I spent most of my recreational time and of course Church on Sundays.

I used to love hearing music play at family gatherings and especially when I would see my family having fun and singing along to songs they liked was pretty special to me. In early childhood, it was a “Bon Jovi” song that I can remember really hitting home but my Mom and Dad always had modern country playing.

It wasn’t until I was at a birthday party at a local Pizza Hut with my friends in the 6th grade, that a Metallica song came on the Jukebox and it just “grabbed me”. I went home and told my mom I wanted a guitar and began learning how to play guitar with my best friend at the time.

Watching, learning, and studying the songs and the rock n roll lifestyle, the fun jamming with my schoolmates, all set in hard by 7th grade. I knew playing music and specifically, rock n roll was something I just had to do.

I did average in school, playing Football was where I excelled in High School sports and on into College. I was always torn between sports and playing in hard rock bands. The two don’t exactly complement each other. It wasn’t all smooth sailing, I was suspended (twice) in High School, left college (twice), and spent some pretty dark days figuring out that I wasn’t immune to the hard reality of street drugs while playing in the hard rock bands for several years.

Luckily, my family and my faith helped me pull myself up and go on to earn those last 2 years of undergrad and onto some successful professional ventures in College Athletics. Once into College (again) I found a Sports Science and began to excel in those classes going on to earn a Master’s Degree in Exercise Physiology.

In 2002, I put the guitar down and stopped writing music altogether to focus on my professional college coaching career. After 5 years, I always felt like part of me (the creative monster) wasn’t being fed in life and I wasn’t satisfied emotionally. I began messing around with the acoustic guitar in 2007 and then met my (soon-to-be wife) at that time.

She heard me playing around the house and convinced me to go play an “open mic” in town. I was terrified to get on a stage all alone with just me and the guitar and some songs that I wrote that year on the couch. It was the best thing to happen to me as it started me down the path I am on today as a country rock/southern rock singer-songwriter.

If I’m going, to be honest, I was at a breaking point in my life late in 2017, my marriage was the only thing rocking and rolling with my 2-year-old son at home, my family business was going through enormous growing pains, my drinking was through the roof, and my stress on another level. So with some guidance from my parents, I sought a counselor to start seeing and try to figure some things out.

20 minutes into the very first session, this guy told me it seemed I never dealt with the death of our baby girl “whom we lost 5 years prior and in the last few weeks of pregnancy” I told him he was wrong and that is all I had been doing for the last 5 years was “dealing” with that. But I did listen to him and went home that night and I asked myself to be completely honest about how I felt about losing Bella.

In 15 mins or so, I wrote a song called “Otherside”. After that, my life literally just started getting better overnight, a month later I had a door open from someone in the Nashville Music scene who offered me a chance to come down and start building demos and networking. It was like God was saying “There you go Joe, now you are being honest with yourself, so now you go write music with some purpose”

I put out my first 5 song EP professionally recorded in Nashville with Buddy Hyatt and his team of players including the guitar phenom Brent Mason at Oceanway Studios in Nashville. I stayed in Bloomington IL running my business the whole time and making 1 or 2 trips a month to see the project through.

I began assembling a group of musicians back home and have been playing the area with them while working on the current project. A friend of mine introduced me to Dale Oliver (OTM Productions) right when the Pandemic hit and we began writing more music together.

Dale introduced me to some great songwriters in Nashville such as Dan Couch and we have been building a catalog we are all excited to see released. Our first release made it to #81 on the Music Row chart and our current release is just getting started.

I’m sure you wouldn’t say it’s been obstacle free, but so far would you say the journey has been a fairly smooth road?
Pretty smooth sailing really. Just working through the normal stuff.

Losing friends, changing bandmates, overcoming drug addictions, dealing with the death of my baby girl, changing careers, parting ways with my best friend and first manager, and having some of my biggest shows and opportunities ruined by technical issues outside of your control.

Finally getting to launch a professional career and a global pandemic hits shutting everything down. Having talent buyers pass you up for opening spot opportunities. Seeking approval from family members to keep playing music, the daily battle of trying to prove to yourself why you need to keep playing.

Alright, so let’s switch gears a bit and talk business. What should we know?
When I left college athletics coaching, I went back home to run a division of our family’s laundry business. My company focuses on providing multifamily complexes with laundry equipment on contract. Our company provides the equipment and service on the machines much like a vending company would do.

We have a partnership with owners and management companies throughout Illinois and southern Illinois to care after their washers and dryers and typically there is some kind of revenue share in place. What makes us special is the majority of my competitors are large national conglomerates that have very poor customer service.

As a smaller, family-owned operator, my team can address issues faster and communicate directly with owners when needed instead of going through a calling center. We specifically carry Speed Queen commercial equipment and are direct to the factory.

Our service contacts are straightforward without hidden fees and never-ending terms.

What was your favorite childhood memory?
I would have to say getting my first dirtbike and my first guitar has to be tied for the best memories.

The feeling of freedom and possibilities was overwhelming when I was young and still true to this day. I have many great memories with both. 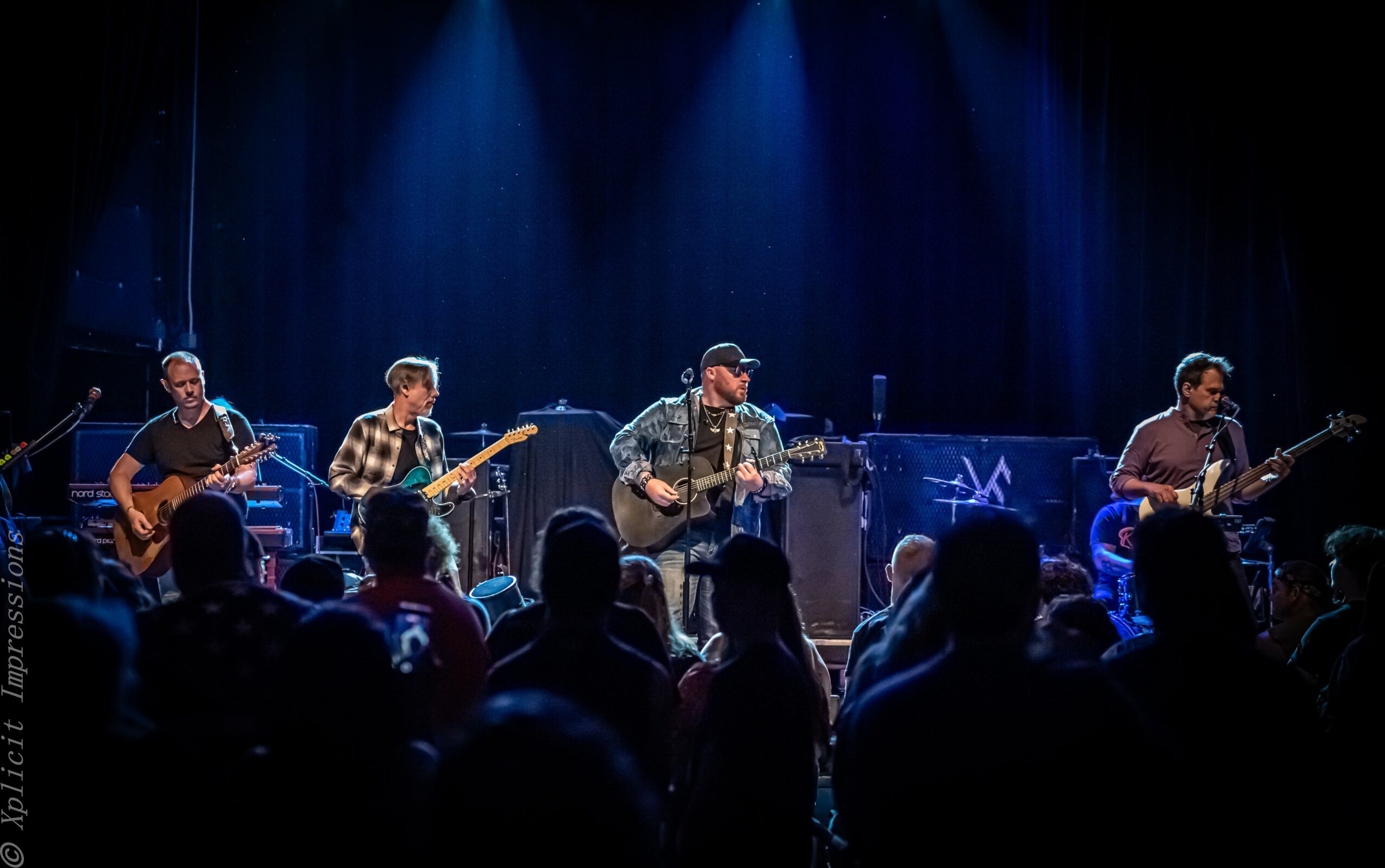 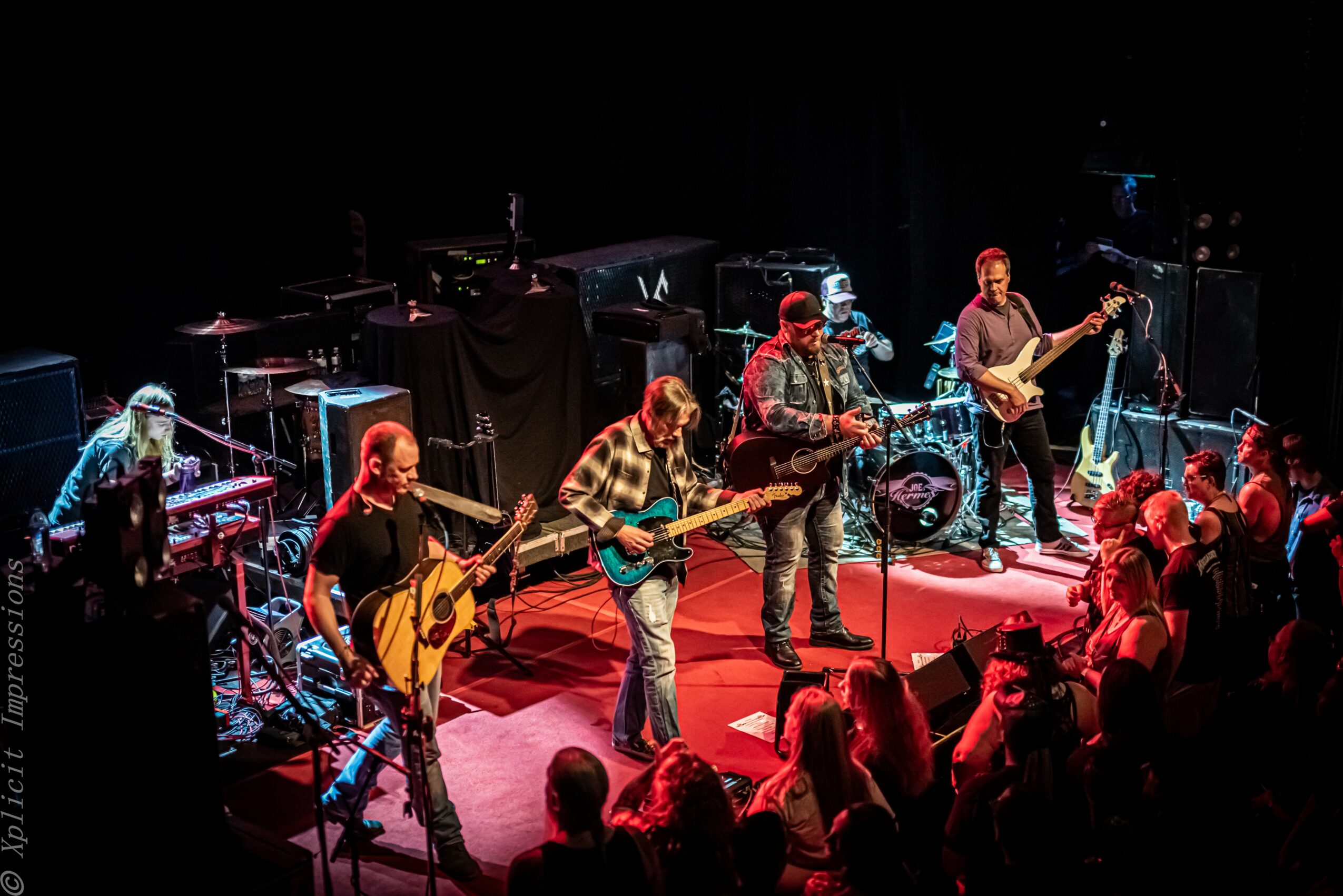 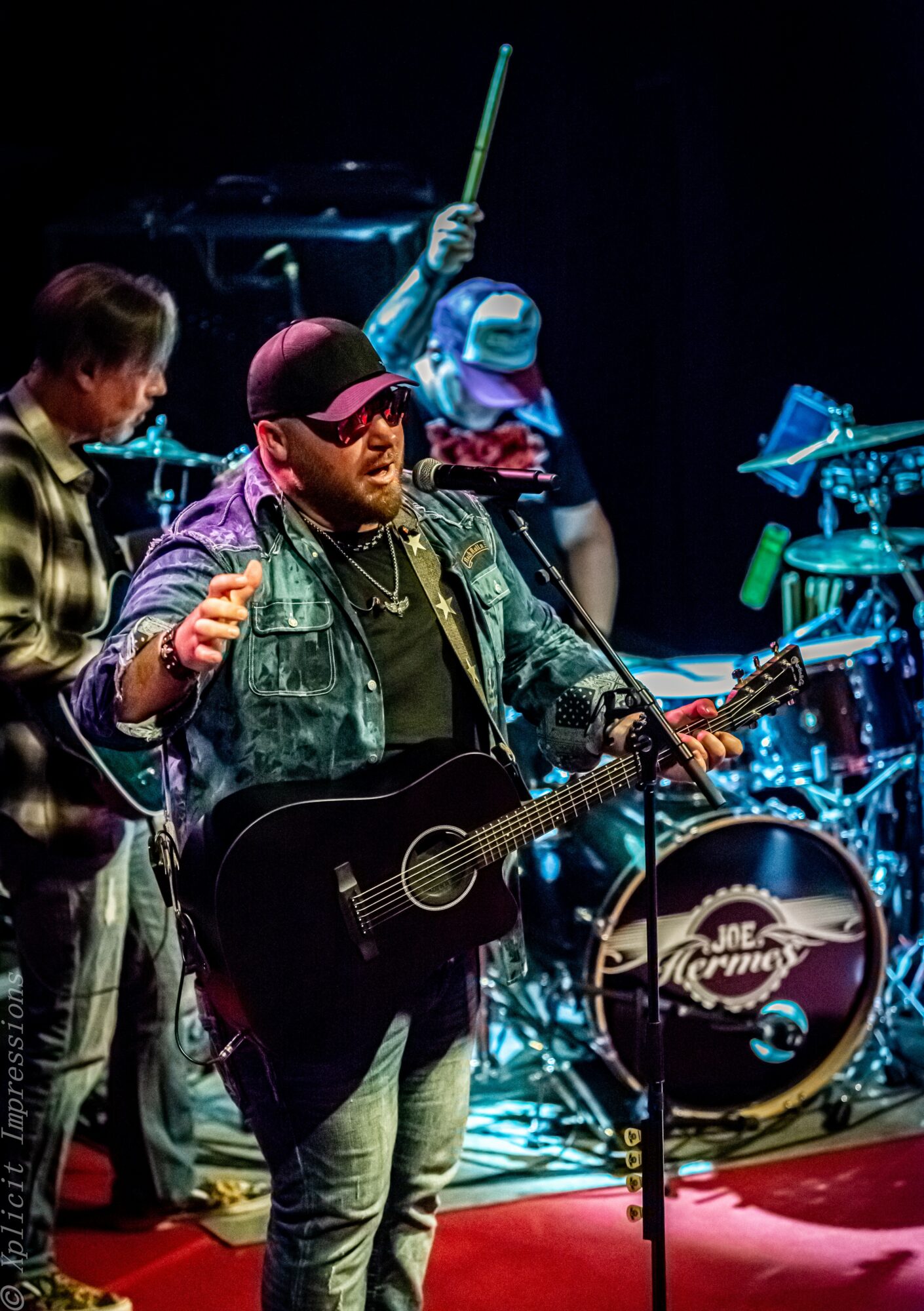 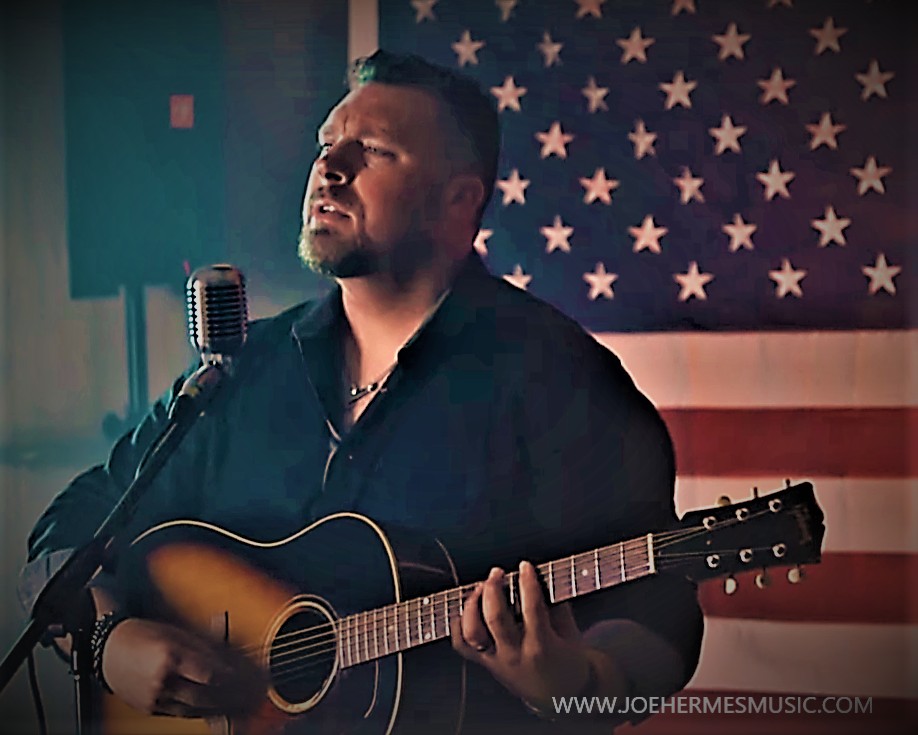 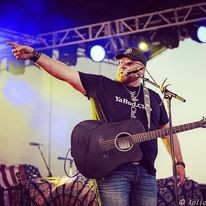 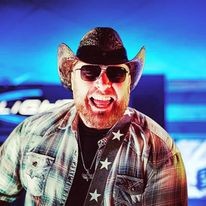 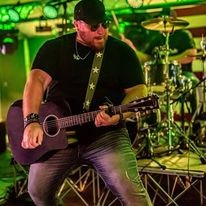 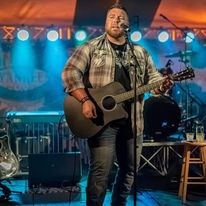