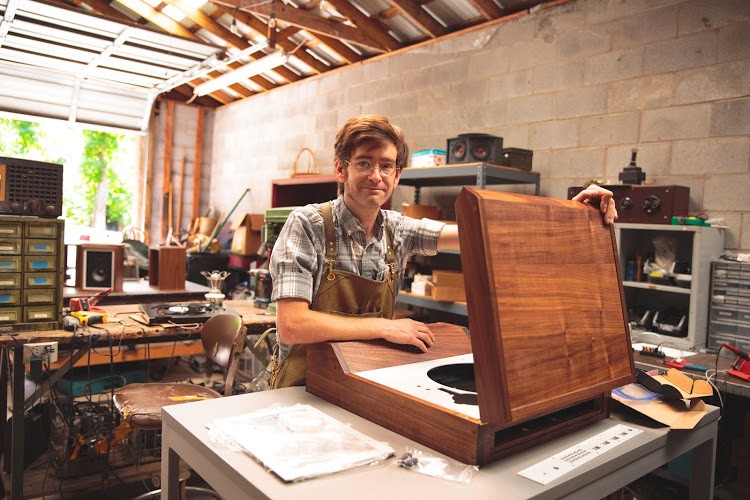 Today we’d like to introduce you to Joseph Hazelwood.

Hi Joseph, thanks for sharing your story with us. To start, maybe you can tell our readers some of your backstories.
I’m originally from a small town in Western, KY. During high school, I took a vocational course in Electricity and Electronics. At the end of my senior year, I was named “Student of the Year” and interviewed for the local newspaper. The interviewer asked what I wanted to do for a career, to which I replied “Musician.” When the paper came out a week later it said “Electrical Engineer”.

I tell you that story because it perfectly expresses the kind of inner conflicts that have been the catalyst for this unusual niche I find myself in: Trade work vs. creative work, commerce vs. art, what other people want for me vs. what I want for myself.

I worked as an Electrician’s apprentice for a couple of years before taking a job traveling for an audio/video firm doing live sound for concerts, county fairs, and other events. I eventually moved over to the commercial installation side of that business—around 1999—and that’s what I’ve been doing ever since, while concurrently pursuing a career as a singer/songwriter. I moved to Nashville in 2001 and worked with another AV company here until I went freelance in 2005 and juggled installation projects between stints of music touring.

In 2011, just after releasing my first solo album, I found out that I was going to be a dad, and that changed everything. I put my music on hold (it wasn’t exactly paying the bills) and committed myself to build a business. If I’m honest, apart from the indescribable joys of having a child—that was a really difficult period of my life. I found out quickly that I needed a creative outlet to be happy, and long-story-short Hazelwood Labs was also born.

Can you talk to us a bit about the challenges and lessons you’ve learned along the way? Looking back would you say it’s been easy or smooth in retrospect?
The initial struggle to build my business had to do with changes in the music business that were happening at the time—the advent of music streaming. The people I had worked for previously had made a fortune licensing background music to restaurants, retail, and other commercial spaces—Muzak, basically. That business all but died alongside CD sales.

It soon occurred to me that I not only *could* inject my creativity into my business, but that I had entered an era where I *should* if I wanted to be successful. Playing it safe was no longer an option. That realization brought about the inherent difficulties of living a creative life—taking risks, being vulnerable, going against the grain—which were compounded by the fact that I was my family’s sole earner.

There was simply no roadmap for what I wanted to do, and oftentimes, I wasn’t even clear about what that was. To this day, I am still flying without instrumentation. I guess I have just become more comfortable with the unknown.

Thanks – so what else should our readers know about Hazelwood Laboratories?
Hazelwood Labs is a design-centric creator, fabricator, and installer of purpose-built electronic hardware. We think outside of the typical constraints of industry standards and modern design aesthetics to produce timelessly beautiful/ seamlessly functional equipment and systems—audio, video, lighting, and automation—that challenge typical assumptions regarding the role of technology in our lives.

The best examples of this can be found at any one of the many Barista Parlor locations around Nashville. For each unique location, we have developed a custom audio system that provides more than the typical functionality—speakers that spark intrigue, control interfaces that inspire interactivity, automated lighting, and other subtle features that awaken a sense of wonder.

Our guiding philosophy is that while technology is assumed to be synonymous with progress, a purposeful approach is required for such to be the case, or else technology will create as many problems as it solves. “Progress”, in our estimation, is synonymous with something more like “Inspiration”, and technology is just one of many paints in a palette. In short, technology should be Holistic.

This mindset is the driving force behind all the products and services we offer:

– Custom audio/video engineering and installation for hospitality or home.

– Commercial music playlist curation and delivery, along with IoT streamer provisioning and administration.

– Handmade or retrofit vintage personal listening devices and other gadgets.

Have you learned any interesting or important lessons due to the Covid-19 Crisis?
It’s been staggering to experience how polarizing this topic has been and it has revealed to me how unconventional my worldview really is. I’m very much a freethinker and I have a nuanced perspective that doesn’t really fit into either of the two generally-accepted mainstream narratives.

While politics-as-marketing seems to be a popular thing these days, I’ve been careful not to allow my business to get too bogged down in all that, and to just stay on the mission that I described earlier. Covid has strengthened my daily intention to resonate with creativity rather than conflict or fear.

From a practical standpoint, Covid was one of the factors that led my family (wife and four kids) to purchase a 10-acre farm in West Tennessee and move there—about 1-1/2 hours from Nashville. For a moment, I thought I might be facing a career change, but as it turns out, HazeLabs is thriving like never before! We have a technician in town taking care of our daily fieldwork, and I commute once a week to make my rounds—usually setting up shop at a Barista Parlor. 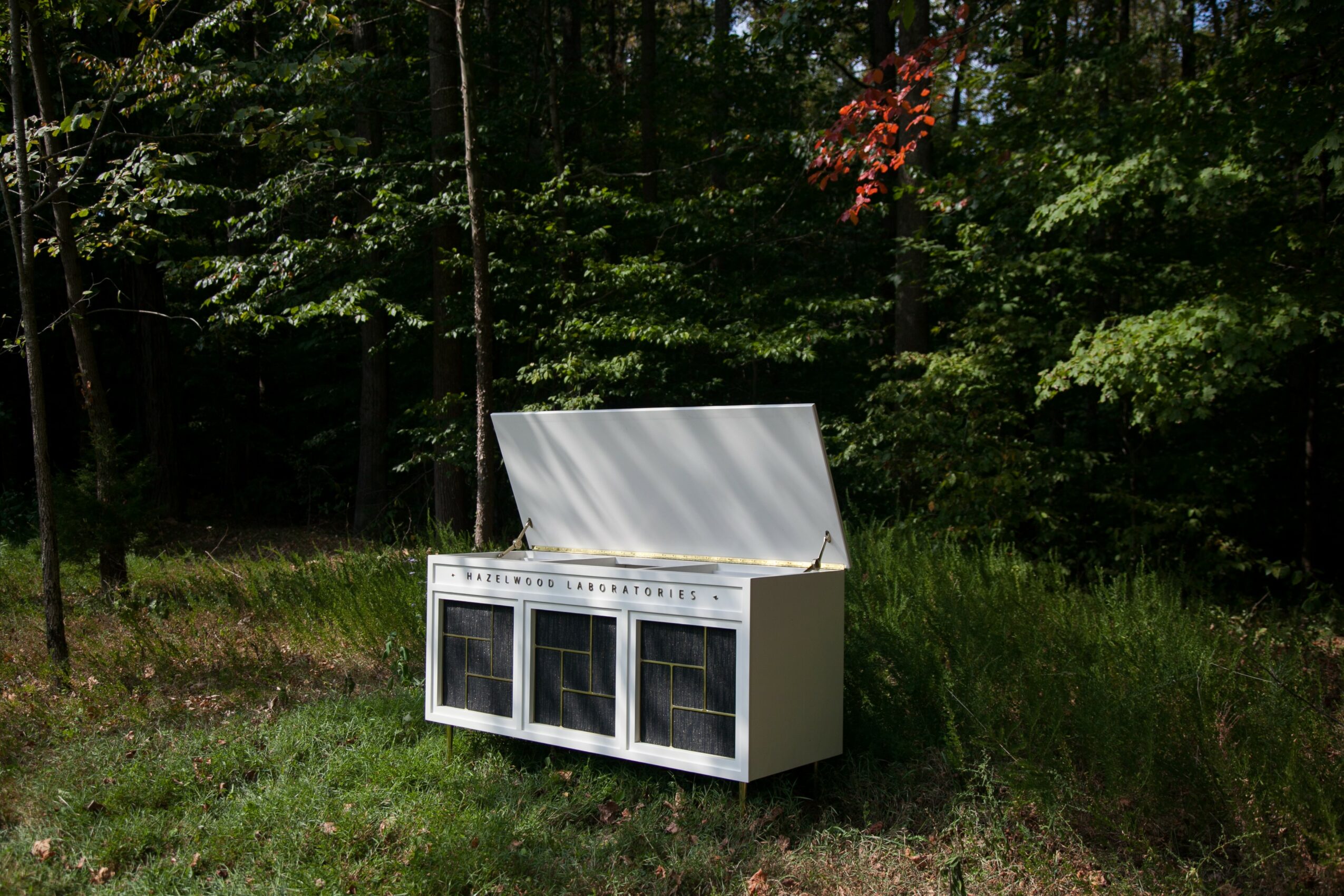 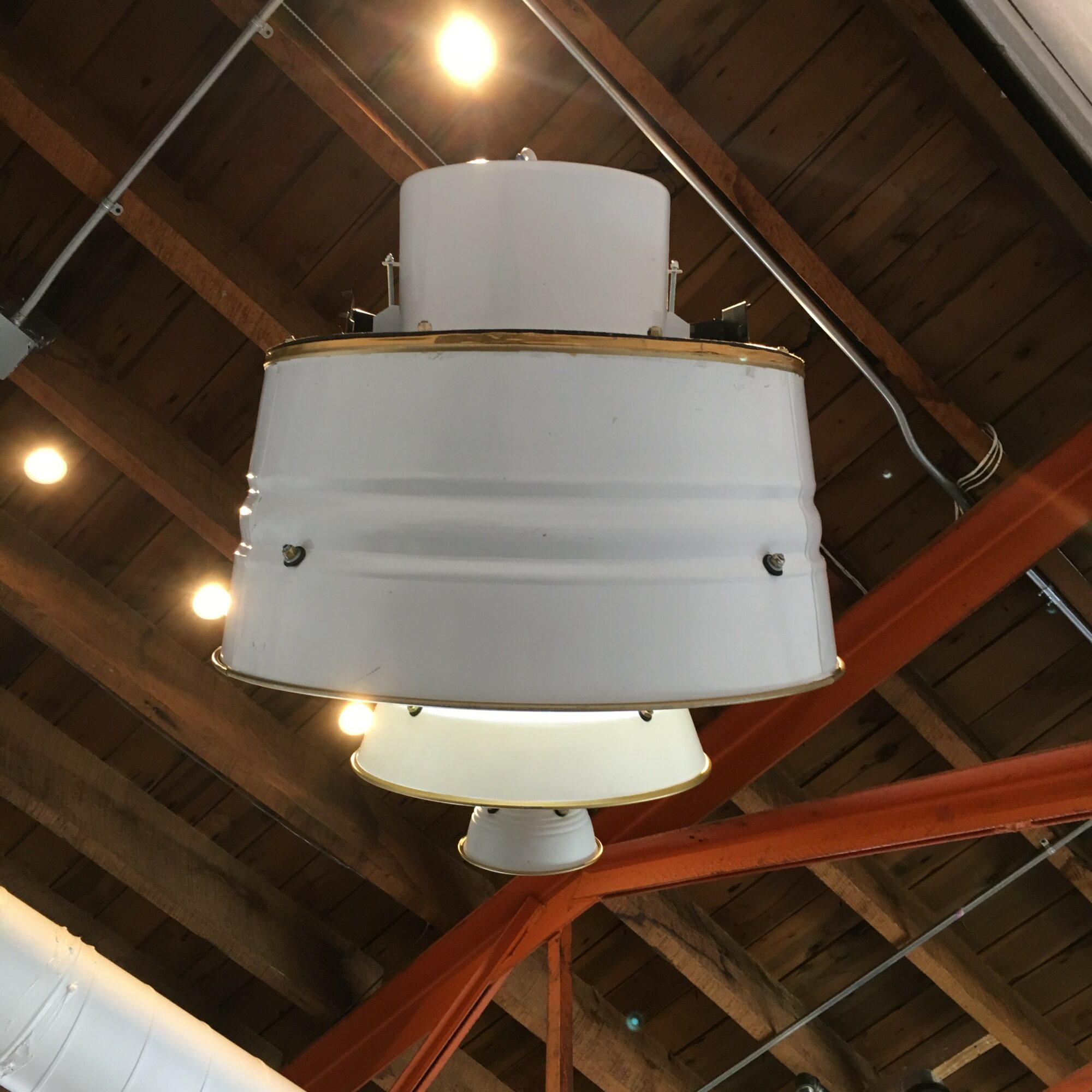 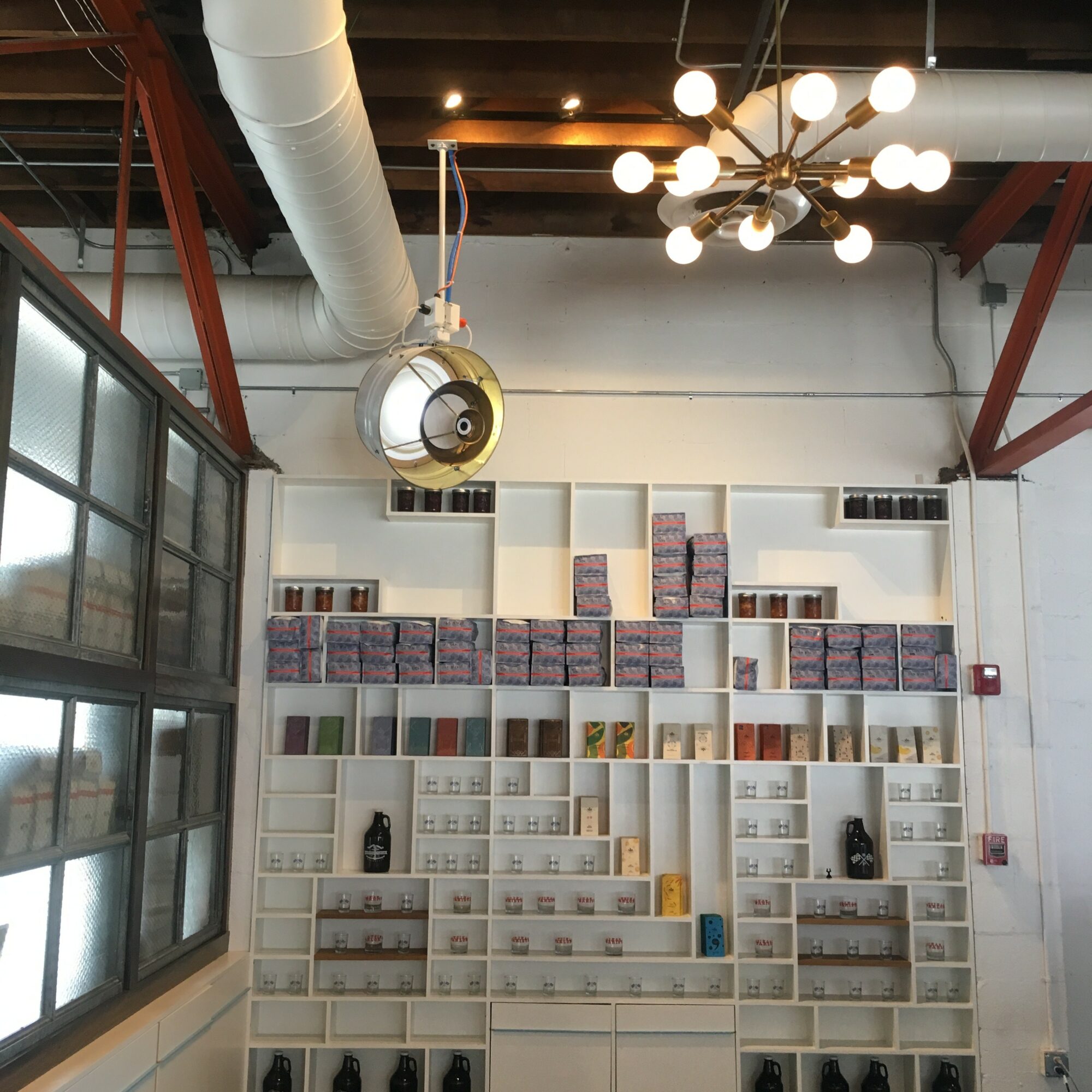 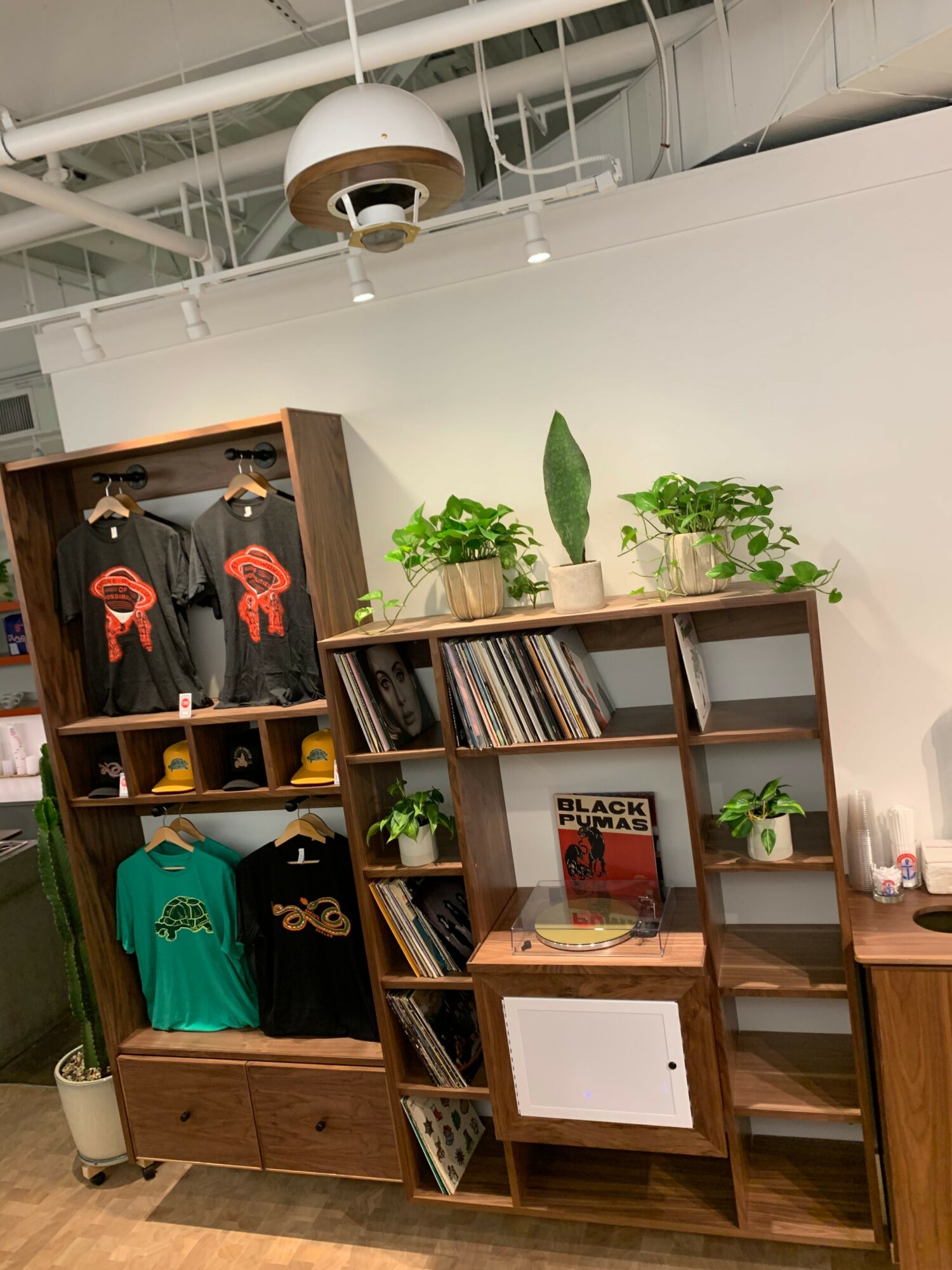 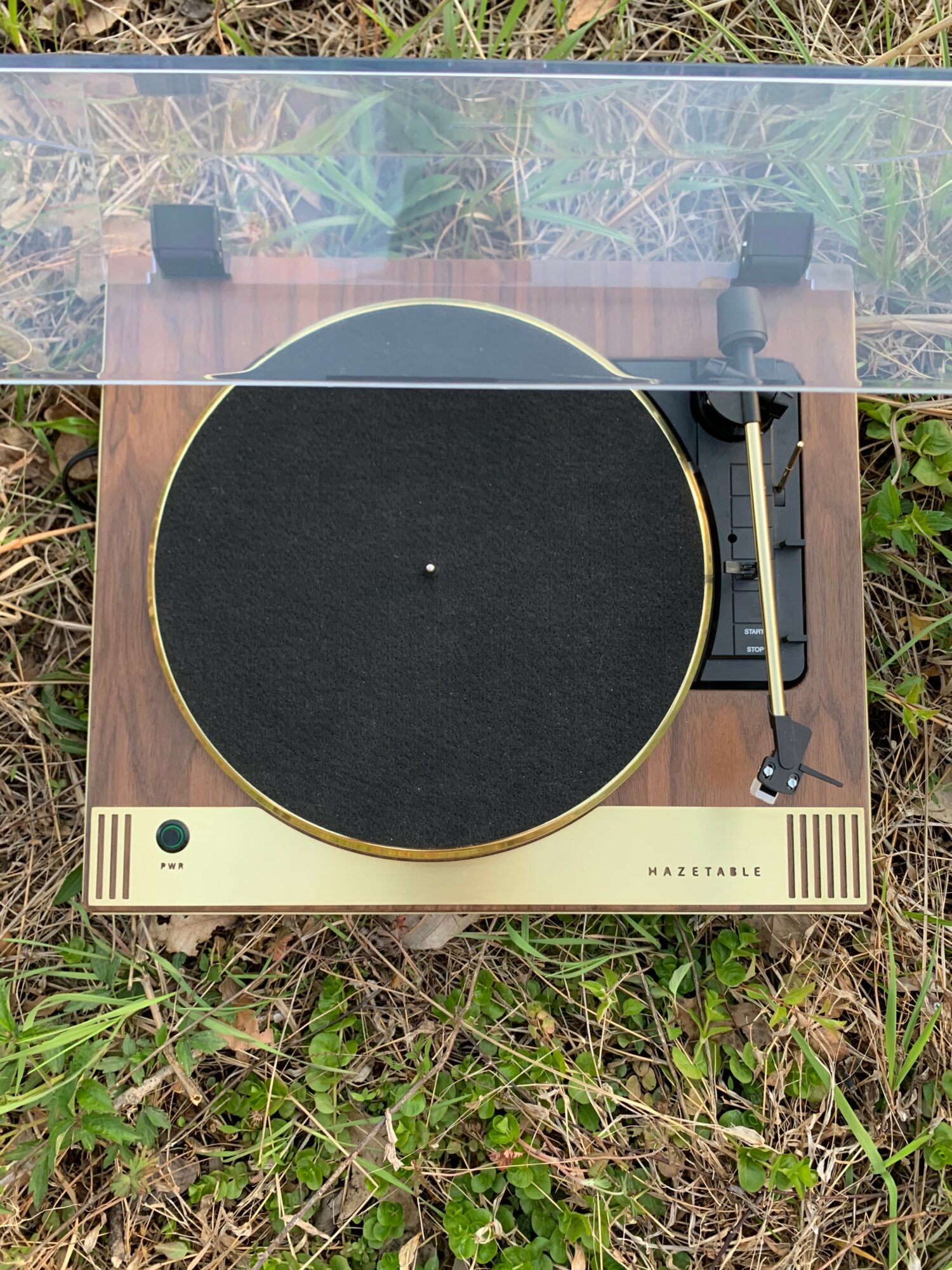 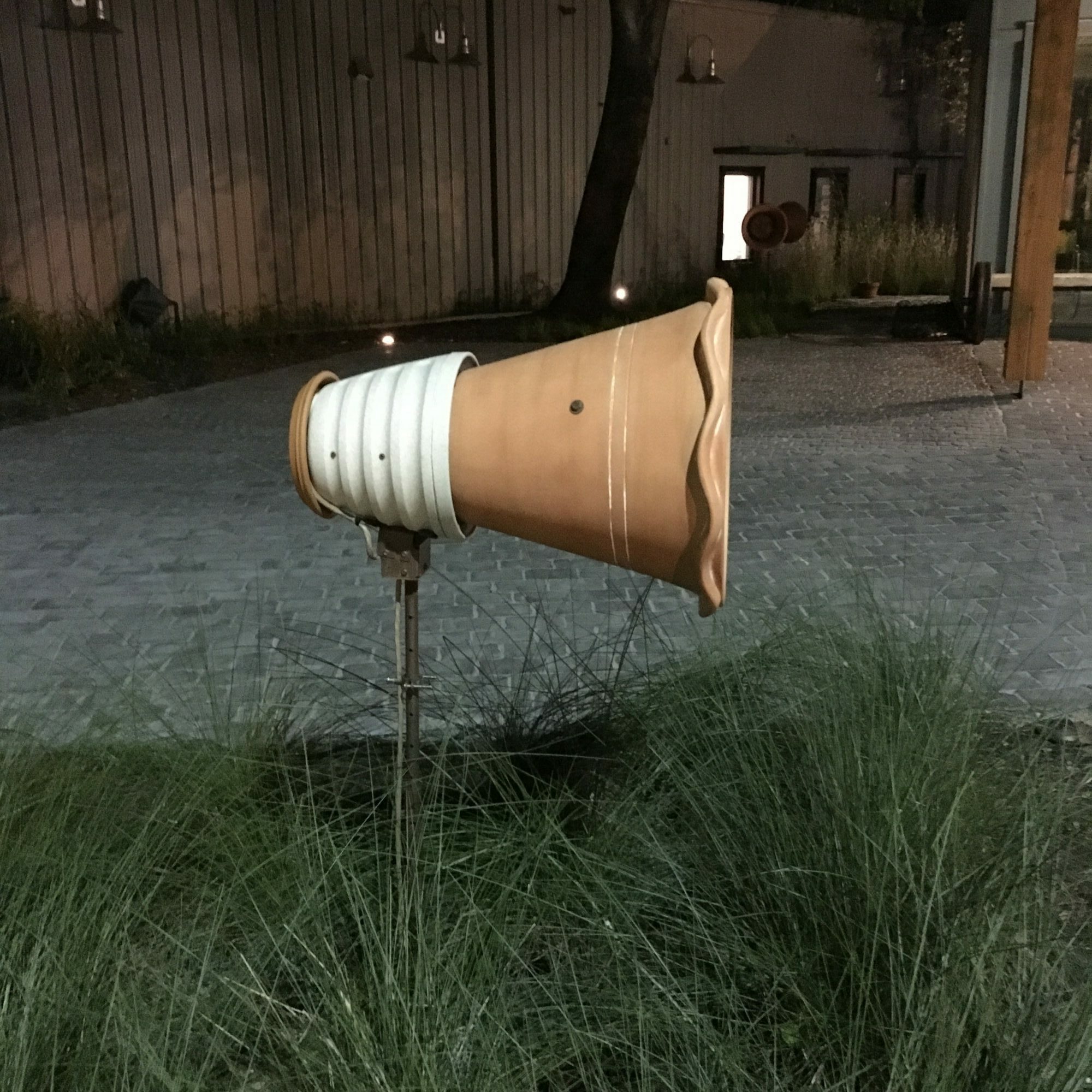 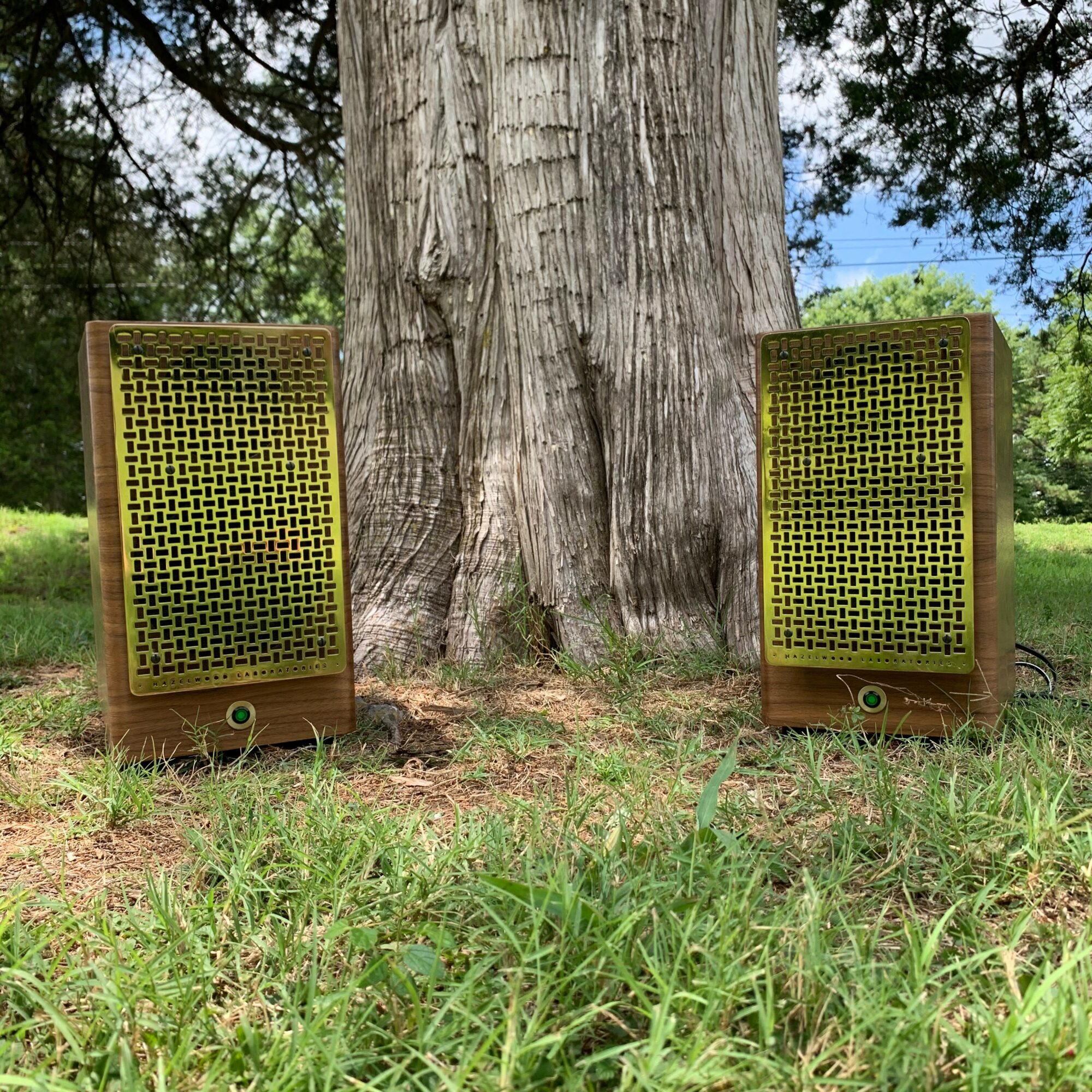