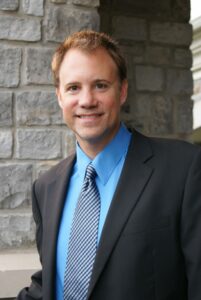 Today we’d like to introduce you to Shane Barrett.

Hi Shane, thanks for joining us today. We’d love for you to start by introducing yourself.
Back in the mid-1980s, I was attending high school in my hometown Cincinnati. Through my counselor, I found out about Belmont College in Nashville (later Belmont University), which had a great Music Business program. He knew I was a guitar player and thought it might be a good fit for me. His friendly tip literally changed the course of my life—for which I will always be grateful.

So, that following Summer my mom and I visited Nashville and fell in love with the whole town, as well as Belmont. Our decision to move here became an easy one, as by God’s grace and good timing, she was offered a position to work at the college! I finished high school in Nashville and then entered Belmont as a freshman in 1987. While at Belmont, I worked at a few music business internships, including a record label, music publishing company, and production company. I also played in various duos, trios, and bands, to make some extra money and learn how to perform and entertain, etc. In the Summer of 1989, my duo partner and I were hired by Opryland as “Roving Entertainers” to walk around the park with our guitars and sing, as well as warm up crowds before various stage productions. Finally, I graduated in 1991 and received a degree in business, with a Music Business minor.

Through the recommendation of a friend and bandmate, I was hired soon after graduation to play acoustic guitar in country artist Lacy J. Dalton’s touring band. It was a great experience for me and a thrill to play for large festival audiences. During that time, I also continued to gig in and around Nashville when I was off the road. My own band and I also played on a cruise ship in the Bahamas for two months—not a bad gig!

In early 1994, another friend and bandmate recommended me for an opening at MCA Records Nashville (which is now an imprint within Universal Music Group). In the 1990s, MCA’s roster included superstars such as George Strait, Vince Gill, Reba McEntire, Wynonna, Trisha Yearwood, and many other great artists. I worked in the mailroom for my first two and a half years, which was a good way for me to learn a little bit about each major department. Not too long after I started, the executives learned of my guitar playing abilities, so they ended up designating me as an “in-house” guitar player for the label—while still working in the mailroom! I ended up playing some out-of-town retail/marketing and radio station visits with a couple of our newer artists, signed to MCA, and sister label Decca, respectively. In 1996 I was promoted to the A&R department, and over the next six years performed various functions such as meeting with publishers and songwriters to find songs for our artists, scouting new talent (I later had a hand in signing two artists to the label), and coordinating audio/visual needs for company meetings and events.

In late Summer 2002, I left MCA and started my first independent songplugging company, Shane Barrett Songs, LLC. Over the next couple of years, I was able to secure hit singles on a couple of major artists and was eventually approached by a new Canadian publishing company called ole’ (pronounced o-lay) to represent their song catalogs in Nashville. This later turned into a full-time position, and I became Nashville Creative Director for ole’. I stayed on with the company until mid-2010, and during my tenure made some great friends and secured a lot more artist cuts/placements to continue to build my resume’. As a matter of fact, my biggest cut to date was pitched while I worked there, “Crazy Girl”, which the Eli Young Band took to #1 in 2011. That song also went on to win 2012 ACM Song Of The Year.

After departing ole’, I eventually restarted my independent songplugging company, this time naming it Shane Barrett Music, LLC. My wife Melissa helped me greatly along the way, assisting with additional songplugging, strategy/branding, and graphic design. This company has been going strong ever since, and I am happy to have celebrated eleven years in business as of 2021. We have secured almost 400 artist cuts in that time period, on artists such as Luke Bryan, Jason Aldean, Trisha Yearwood, Wynonna, Brett Young, Danny Gokey, and many others. Overall, I am very proud of everything we have accomplished so far. We have worked with some amazing songwriter and publishing company clients along the way. I am thankful for every one of them, in addition to all the A&R, producers, managers, and artists, and other VIPs to whom we pitch songs, all throughout the year.

We all face challenges, but looking back would you describe it as a relatively smooth road?
I would be remiss not to mention the many difficulties associated with the global pandemic over this last year and a half, which has affected many people’s health and businesses. Thankfully, my wife and I stayed healthy, and we made it through fine on the business side, but I hated to see so many folks affected on the touring side of the music industry, especially. On a more personal note: There have been some challenges along the way with owning my own business, as I have to wear many hats: from creative director to client relations specialist, to salesperson, to accountant…It can be a lot to keep up with. Also, I am competing with some large and well-funded music publishing companies on a daily basis. We are all pitching our writers’ songs (as well as co-write opportunities) for the same projects to the same target groups of labels and artist teams. And getting major artist cuts is no easy task, so it’s all about building and maintaining great relationships, developing creative pitching strategies, effective marketing, and working with top writers and songs. But these challenges never outweigh or stifle my ambition and tenacity, so I am constantly working hard to make great things happen for all my clients and to further my business.

Appreciate you sharing that. What else should we know about what you do?
My company is a songplugging and songwriter representation service. I am not currently a music publisher and do not sign writers in the traditional sense. All my clients keep 100% of their publishing interests, and I am paid on a monthly basis for the services I provide. My business model has seemed to make sense for a lot of folks who don’t necessarily want to give up their publishing interests to a company, and with me they get the same high level of pitching to a wide variety of VIPs in the Nashville, U.S., and international markets. My client roster is generally a mix of songwriters, songwriter teams, and small publishing companies who may only have a few writers on staff. Small publishers have often seen the benefit of utilizing my services in lieu of paying a lot of money for a physical office space and hiring full-time creative staff. I’d love to be known as a nice and honest business person who truly cares about songwriters and their songs.

What’s next?
Although I have no plans to slow down on the songplugging side of things, I have also been learning more and more about the art of producing and engineering, mainly via an Avid Pro Tools studio I have in my home. I have spent many hours in the studio over the years and have produced a few custom artist projects to date. But I would like to further develop that side of my business over time so that I can produce more projects for others, as well as continue to create music of my own. In addition to the “business” side of me, I am also very much still a musician and songwriter as well. So, my plan for the future is to chase my own musical dreams and continue helping others chase theirs as well. 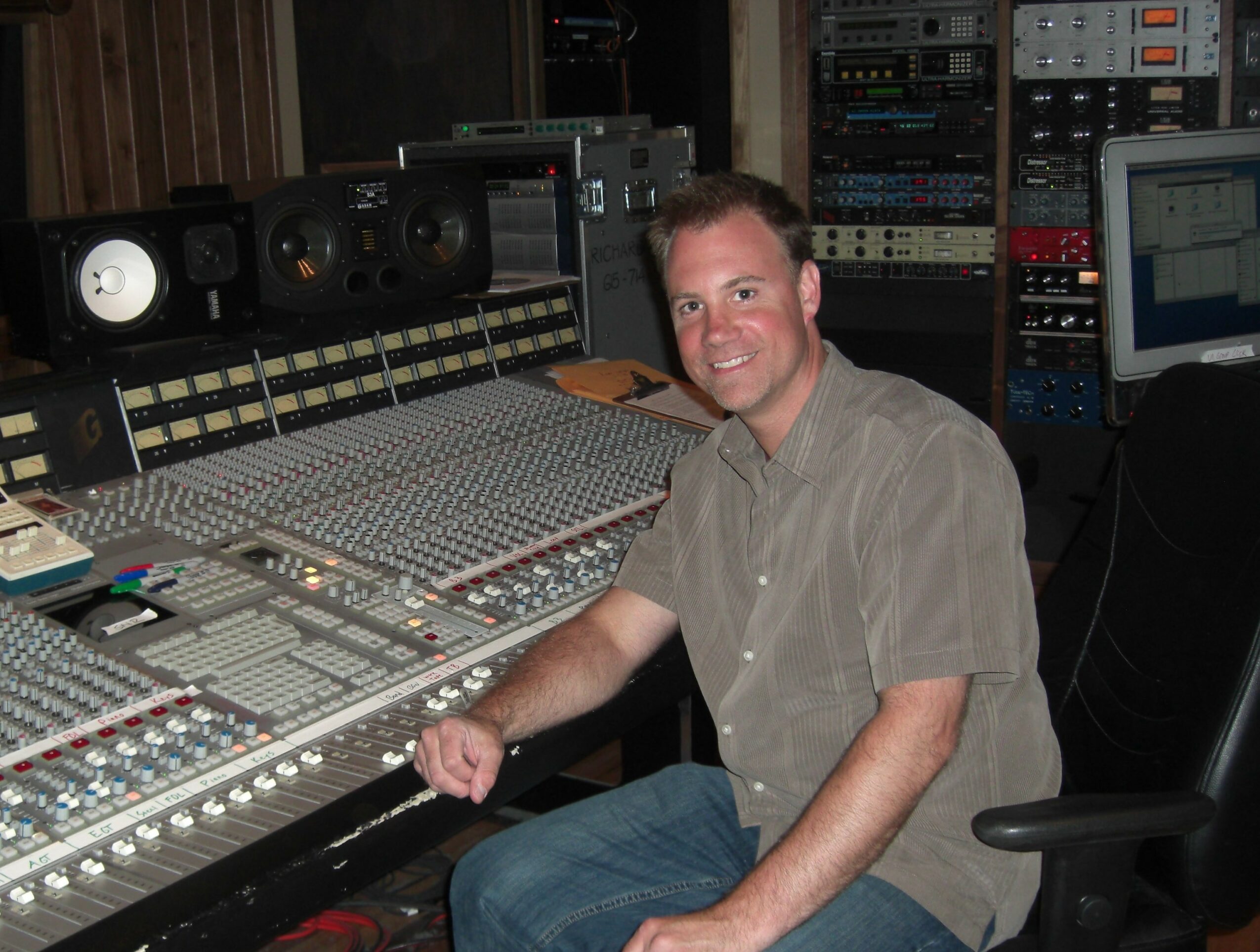 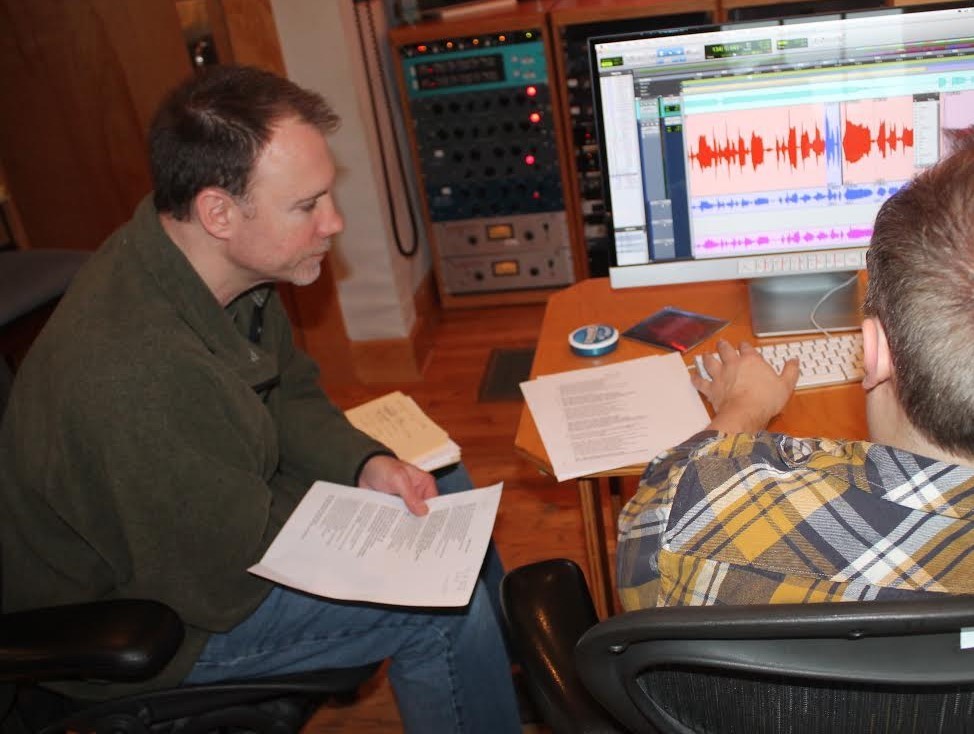 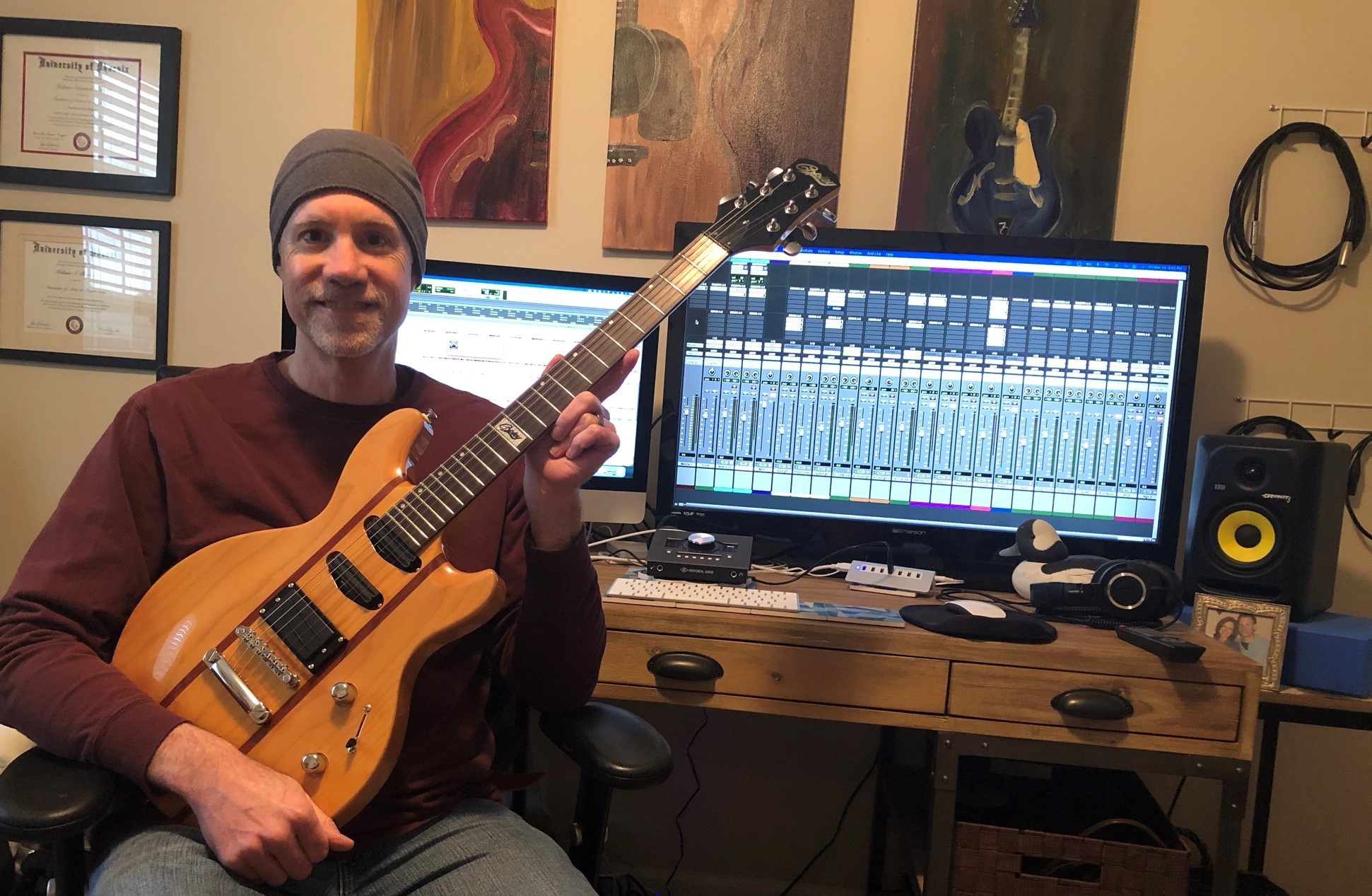 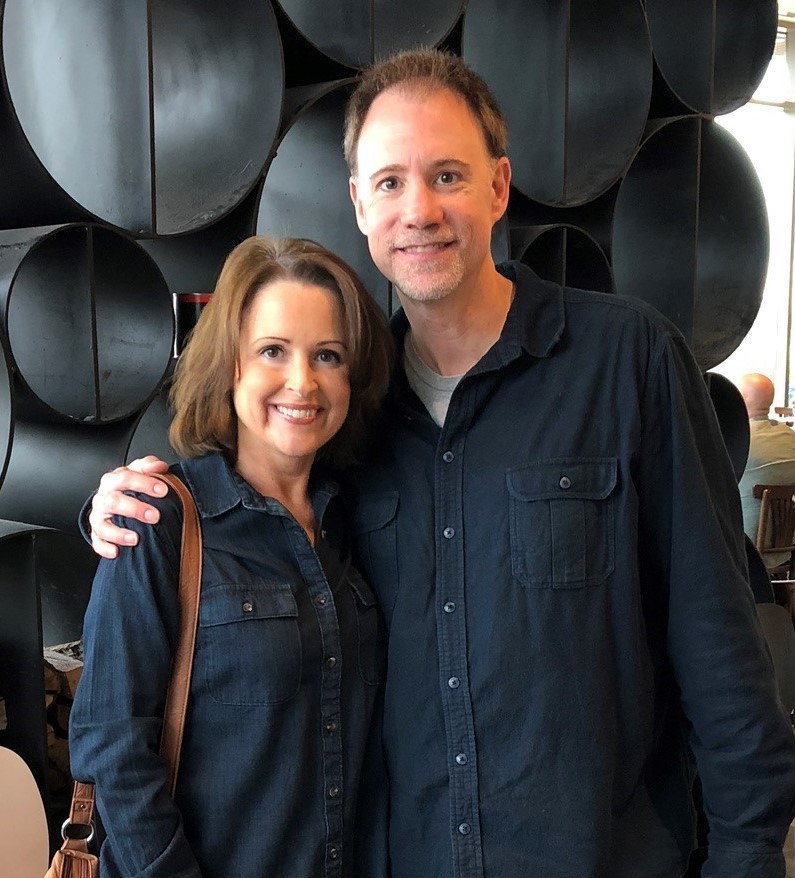 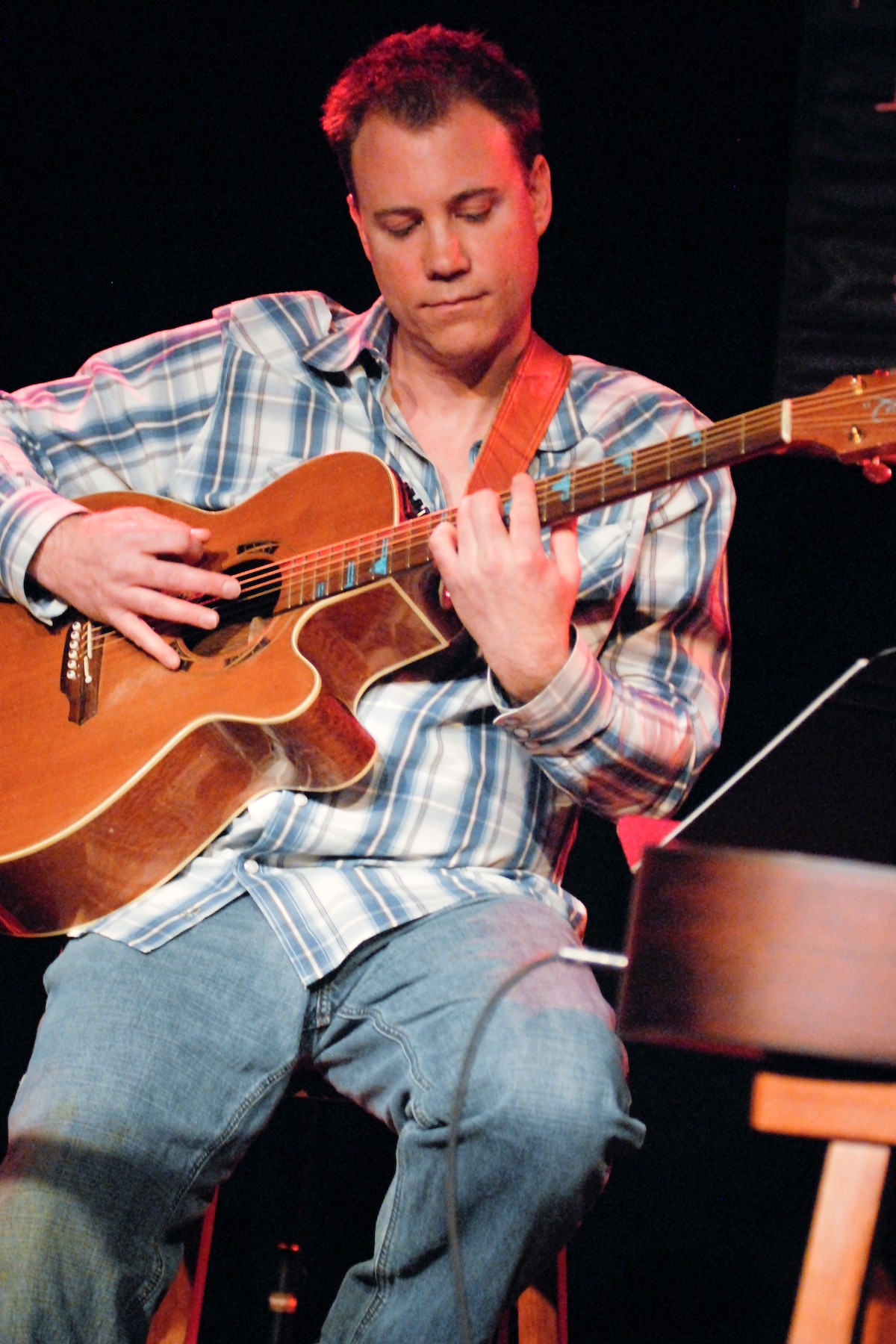 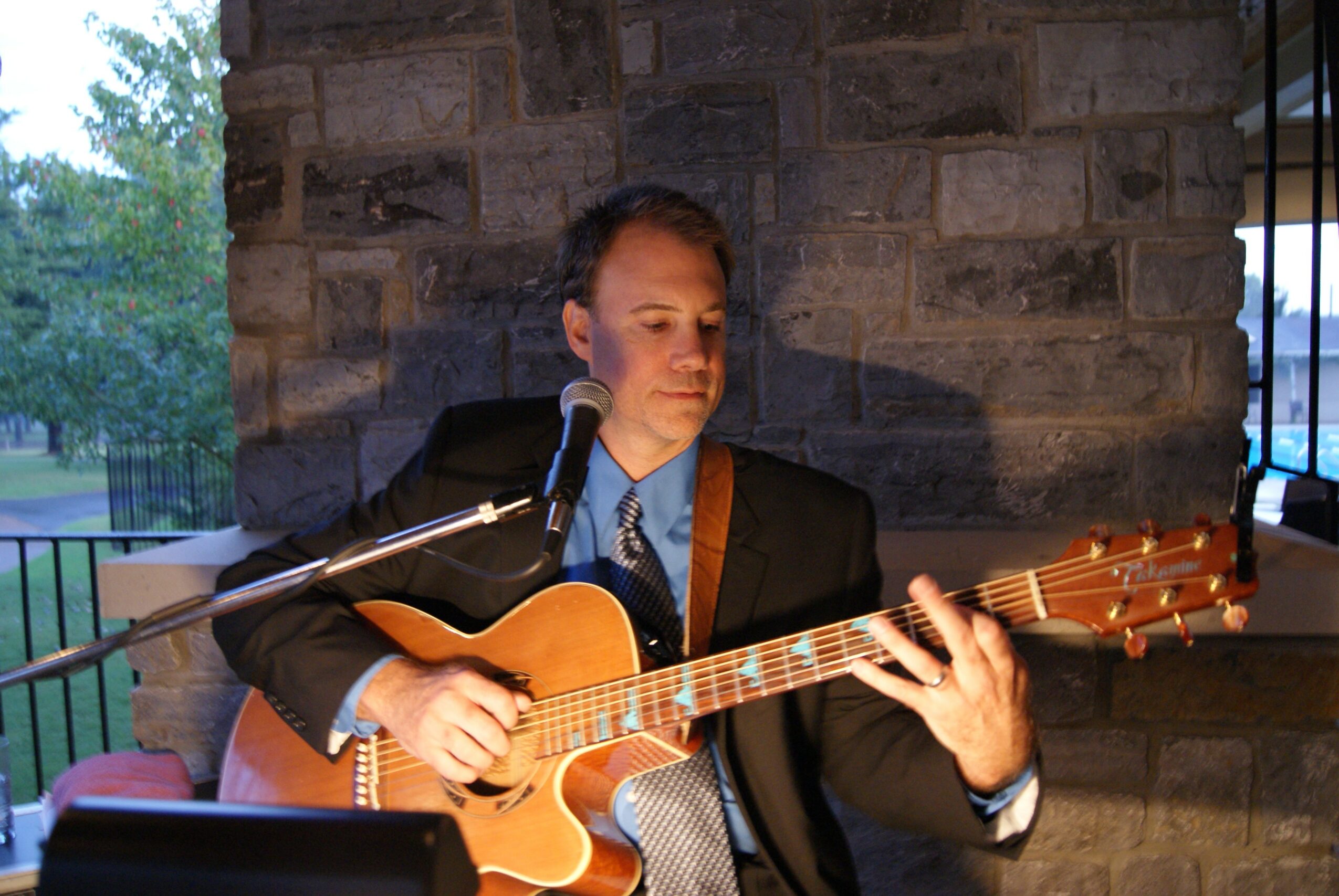