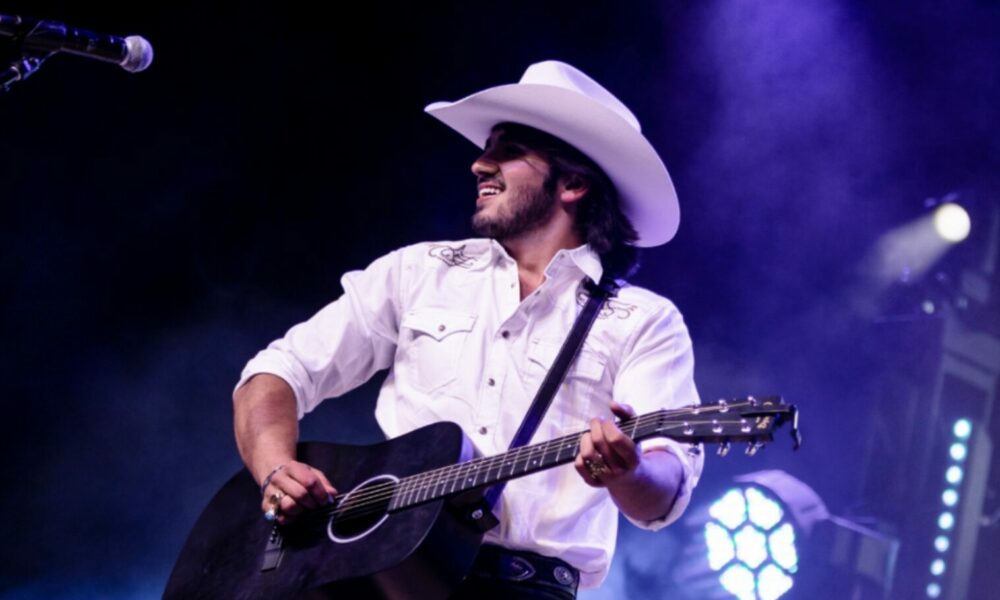 Today we’d like to introduce you to Clayton Mann.

Hi Clayton, thanks for joining us today. We’d love for you to start by introducing yourself.
Hi, I’m Clayton Mann from Nashville. It was my Papaw Doc who really got me into music when I was just 3 years old. He’d sit with me and sing Elvis and Tom Jones. I was just born loud and enjoyed singing with him. I played a little bit of piano and the cello in the school orchestra. I started playing guitar when I was 10 years old and my twin brothers and I started a classic rock band. By the time I was 11, we were playing 4 hour rock shows in the dive bars of Chicago. We were too young to sit at the bar, so they paid us in chicken fingers and fries. We got tips sometimes too. We all took weekly music lessons for years and progressed quickly on the rock scene. Soon we were playing the Whiskey-A-Go-Go on Sunset Strip in West Hollywood, The Hard Rock Chicago and even the Moulin Rouge at the MGM Grand in Las Vegas. We ended up winning the Chicago Music Award for Most Talented Teens and were admitted into The Recording Academy for writing and playing our own music.

My twin brothers are a couple years older than me, and decided after a while to join the Marines. Things just needed to move faster for them at the time. They’re both still active duty Marines and I’m really proud of them. I wasn’t sure what to do, so I joined a wedding band in Chicago. I progressed from classic rock and even some metal to playing lead guitar and singing everything from Sinatra to Metallica. It’s where I smoked my first Cuban – playing in a wedding band.

When I turned 18 and graduated high school, I didn’t want my music career to end, so I packed my bags and moved to Nashville. (I was born in Chicago.) I still remember my mom helping me move. She helped me get an apartment, unloaded the UHaul, and then she left. Talk about sink or swim! I was very comfortable on stage, but the whole Nashville singer/songwriter scene was new to me. I put my head down and walked over to the bars on Demonbreun Street and started paying attention and trying to network. I was used to writing full composition music arrangements as a band with my brothers, so the Nashville mutual songwriter collaboration was different and new to me. Thankfully I met a few good people who took me under their wing and showed me the ropes. Honestly, it was terrifying when I think back to 2018. Today, I still network with singer/songwriters, I formed my own touring band, and for my day job, I play at Ole Red’s and The Wildhorse Saloon down on Broadway. It’s a lot of hard work and perseverance. But I love what I do.

We all face challenges, but looking back would you describe it as a relatively smooth road?
I don’t think anyone’s road is ever smooth. You have to fail and fall down and get back up. It’s how you learn what to keep doing and what to do differently. Anything worth chasing is a winding road. It’s easy to say yes to everything, but then you have to also learn when to say no. That’s an everyday challenge as well.

It’s always a struggle, but I tell myself to just keep moving forward. My mom and dad taught me the only way to success is hard work. Quitters never win. It was a big emotional struggle when my brothers left the band. Then it was a struggle playing in the wedding band. Then moving to Nashville. Trying to learn songwriter collaboration techniques. Networking. Playing out. Touring. Playing Broadway. More networking. More songwriting. Just more everything. I even set up my own demo station so I could add more instruments to my musical compositions. I still take an occasional voice lesson, but ditched the guitar lessons after 11 years. Right now I’m learning to play classical piano, and I feel like I’m 8 years old again. I just keep learning. But music is my passion and my goal is to rock jam-packed stadiums: to share my musical passion with as many people as I can.

Appreciate you sharing that. What else should we know about what you do?
I think what people in Nashville have learned about Clayton Mann – is I have a mistress – and her name is rock-n-roll!

I love to take country music and rock it up somewhere between a low key Journey to Metallica. I enjoy the hard charging guitar riffs and melodic fills of classic rock, so I try to blend that into my music. I played rock for 10 years, so it’s ingrained in my musical presentation.

People say I put on a high energy show. I really like to involve the crowd. I’m not a stand there and sing in the mic kind of guy. You have to play to your audience. They came for a show. If you want to listen to music, turn on the radio. I’m all about performance and making sure the crowd is entertained.

Do you have any advice for those looking to network or find a mentor?
You just have to throw yourself out there every day, and that is really hard. But you have to go to the songwriter sessions, hit the bars, find the back rooms and talk to people. I have to make sure I am in the mix of Nashville every day.

I like going out and being with people, so I think that’s an easy thing for me to do. What’s not so easy is approaching someone you think you want to get to know, but how to do it. Mainly I let my music express itself on stage. That’s where I am most comfortable – on stage and on the road. 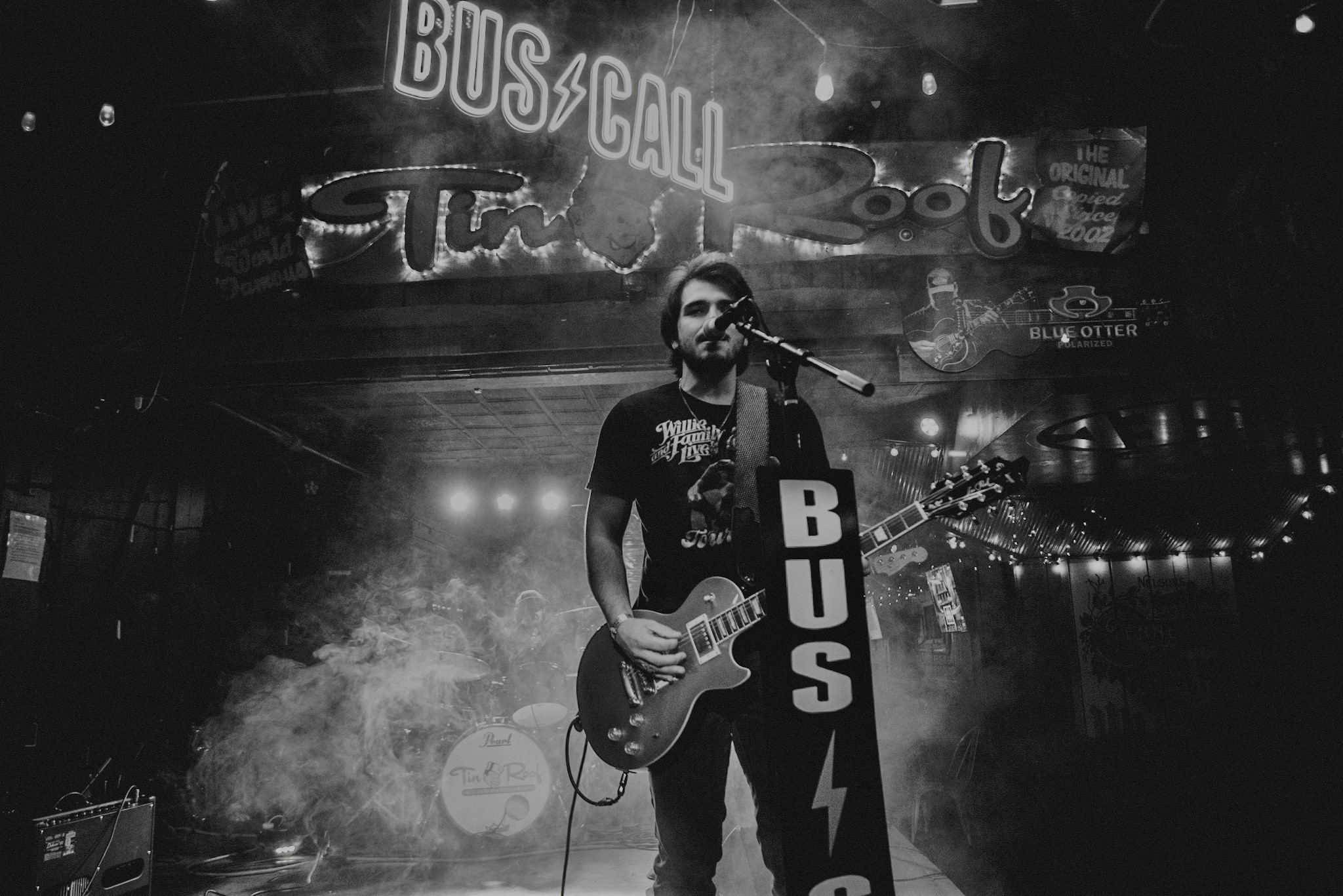 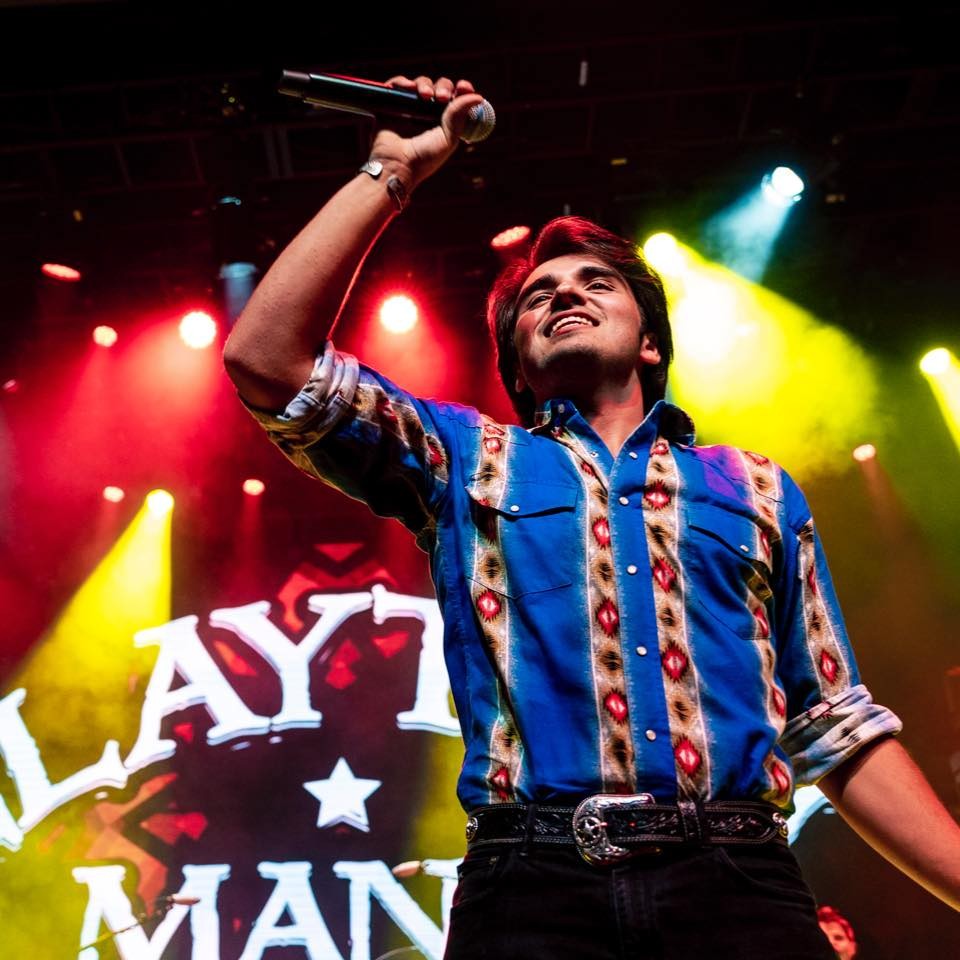 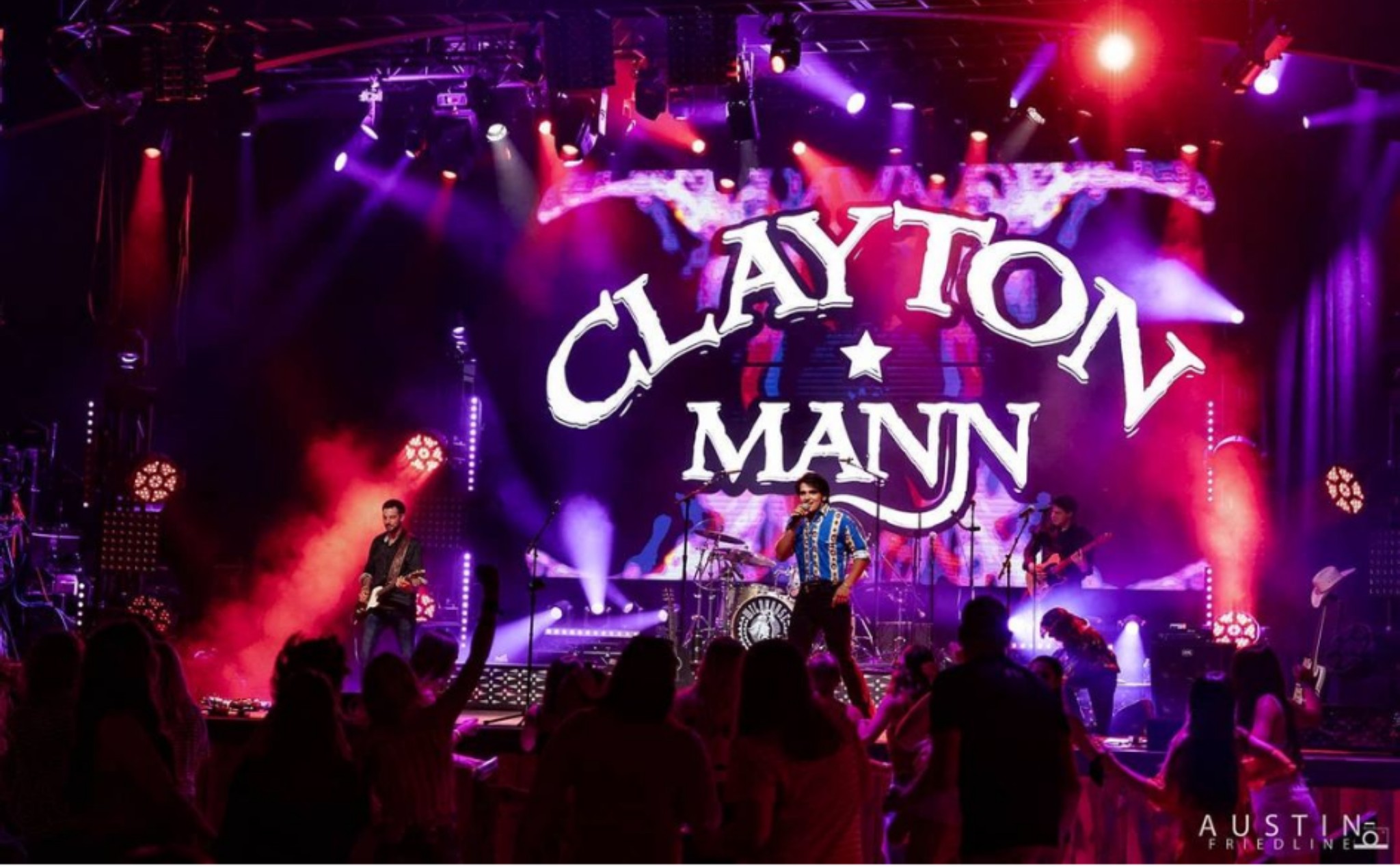 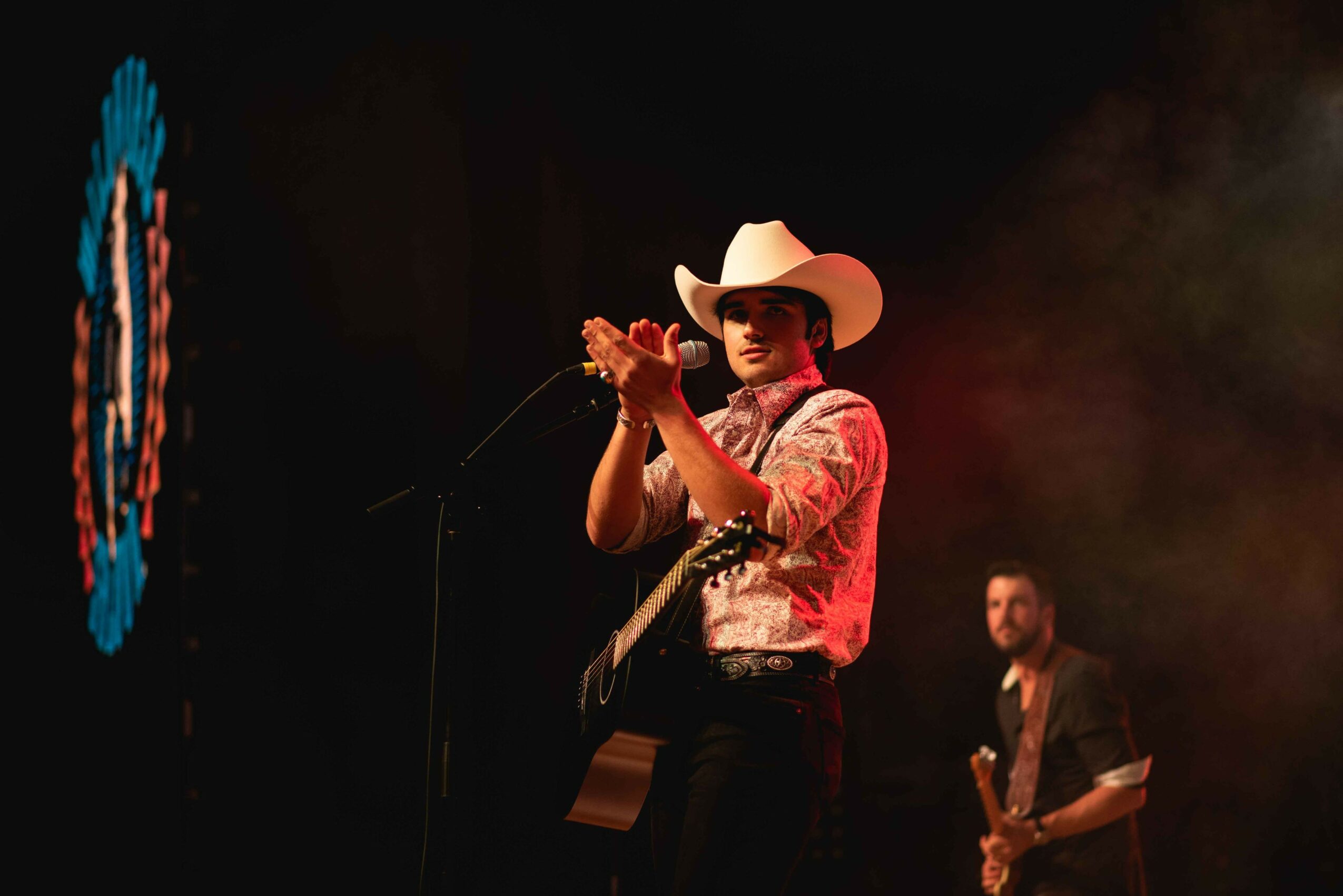