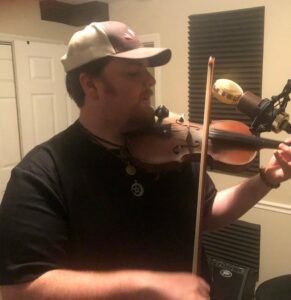 Today we’d like to introduce you to JD’s Joint.

Hi JD’s, please kick things off for us with an introduction to yourself and your story.
We (Jake Clayton & Rob Daniels) have been playing music almost all of our lives.

Our paths crossed in 2006 when we both ended up in Nashville, TN playing in a band for the same artist and touring around the country as the opening act for artists like Brad Paisley, Blake Shelton, Alan Jackson, and many more.

During this time we realized that we both also had a passion for writing and recording our own music.

In 2009, we picked up a laptop, the most basic pro tools system, some cheap monitors, and one nice microphone and began recording Jake’s first album. With Jake being a multi-instrumentalist that can play over 20 instruments, we recorded all of the tracks (other than the drums) by ourselves. This included fiddle, banjo, bass, acoustic, mandolin, steel, piano, and several other instruments.

We decided to give our project studio a name (JD’s Joint) when we released the album in 2011. After people heard the first album we started getting friends asking us to record overdub tracks for their own projects. For years after, through word of mouth, the work kept coming, and eventually, we were getting work from people we didn’t know.

About 7 years in and we were getting asked to record tracks for some big-name producers in Nashville. Now, not only have we recorded tracks for ourselves and indie artists all over, but we have also recorded tracks on albums by Chris Young, Donnie Osmond, Jess Moskaluke, and others.

Alright, so let’s dig a little deeper into the story – has it been an easy path overall, and if not, what were the challenges you’ve had to overcome?
It has not been a smooth road at all.

Being a studio team is nothing we had planned on doing, we just kinda fell into it, so we had no idea about some of the challenges we would face. When work started coming in, we were doing tracks for extremely cheap prices to get the work and to also help make ends meet.

Unfortunately, we had multiple cases of people never paying us and we’ve had situations where we have not been properly credited on recordings. Another challenge is sometimes people don’t fully understand what they are asking for. They would tell us they wanted a lap steel track, but after tracking, they would realize it was pedal steel they were looking for.

Through the years, we’ve had to really learn how to better communicate, and to ensure that we would be getting paid and credited properly for our work. It has been so much of a challenge that just in the past year we have finally brought a lawyer on board to not only protect us but to help us navigate this musical jungle.

Thanks – so what else should our readers know about your work and what you’re currently focused on?
We are mostly known in the Country Music world and we both are involved in multiple areas of the music business. We both are touring musicians, sometimes for our own projects and a lot of times for other artists. We also write and record our own music that is released as Jake Clayton, and we both work on studio projects together.

Jake is an in-demand musician and currently tours as a utility musician for Country Music celebrity Tanya Tucker. He is also currently playing some shows in the Charlie Daniels band (since Charlie has passed, Jake performs his fiddle parts). In between touring and studio he barely has time for anything else.

Rob, records all of the tracks in our studio and also plays guitar on projects that need more of a ‘rock’ sound. Outside of that, he has been focusing heavily on the business side of things including marketing, merchandising, scheduling, accounting, and anything else needed to move things forward.

The one major factor that sets us apart is that we are ‘self-contained’. Jake can play over 20 instruments and we can record full-production songs without hiring a line of musicians. Most of our drum tracks are outsourced and on bigger projects, we pass the mixing and mastering along to more accomplished engineers, but all in all, we do the bulk of the work on our own.

And with Rob being a guitar player, we can also go out and perform shows on our own.

Alright, so to wrap up, is there anything else you’d like to share with us?
One thing we’d like to point out is, that most people know a multi-instrumentalist and there are a lot of great ones out there. Jake, understands the theory behind each Instrument and can play each one as if they were his main instrument.

AND, he is an accomplished singer and frontman that has opened shows with his own band for some really big names in the business. There’s always a ‘step further’ to his talent and the hardest thing is having people understand the depth of his knowledge and capabilities. To top it all off, he is a self-taught musician. 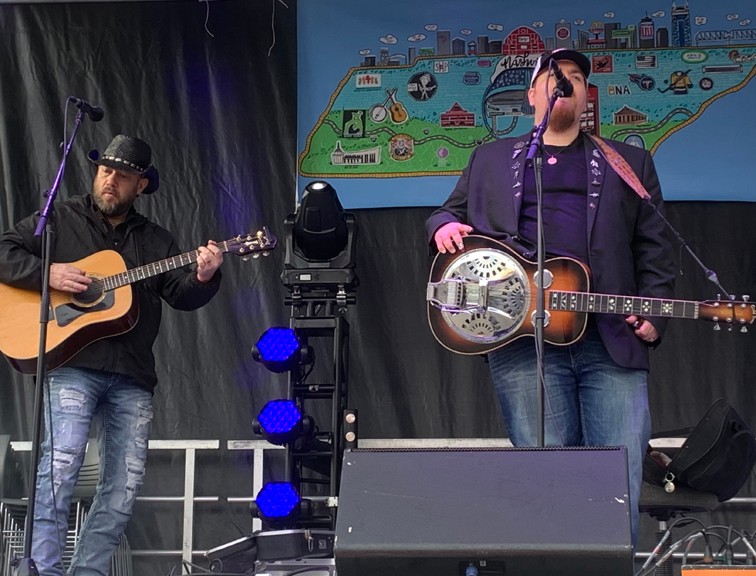 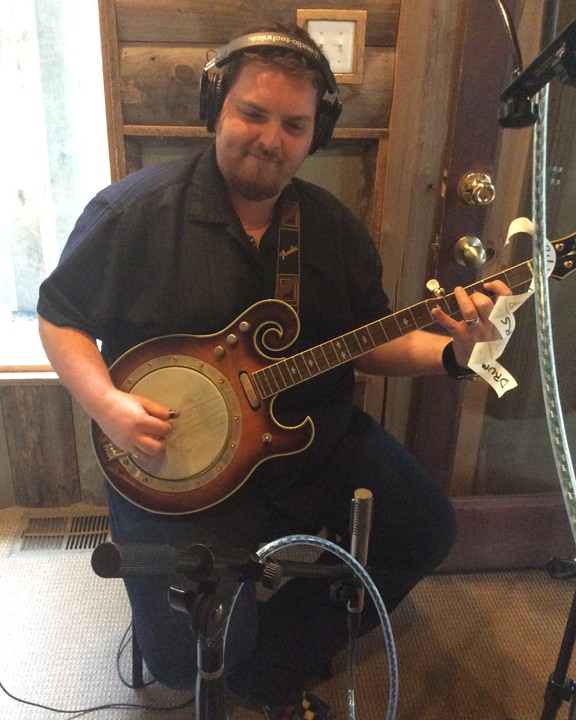 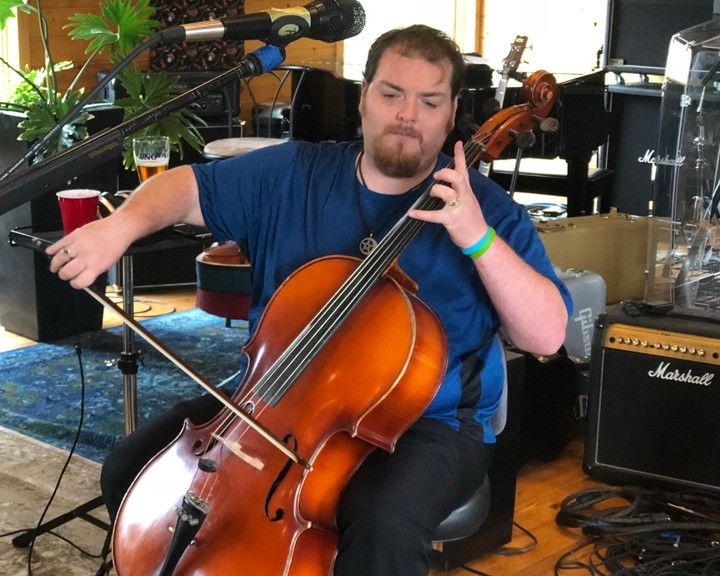 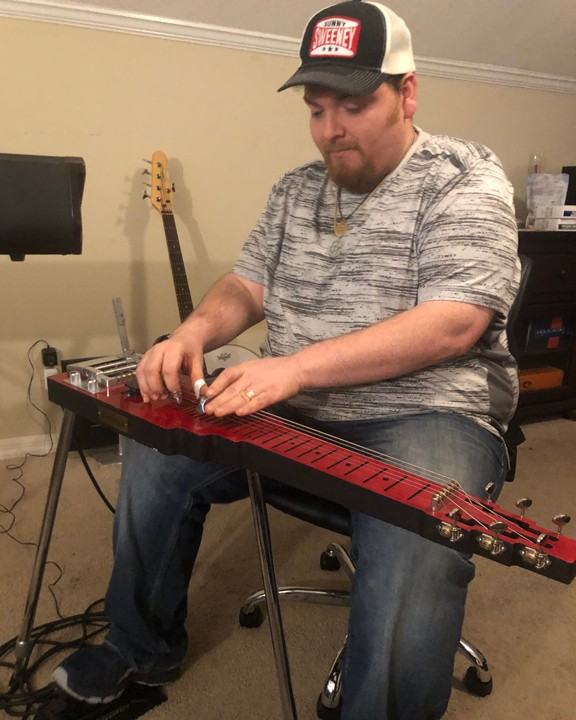 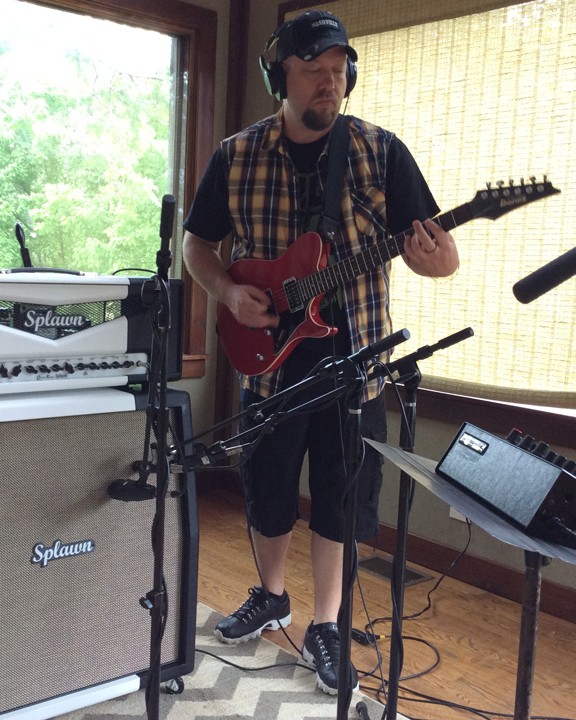