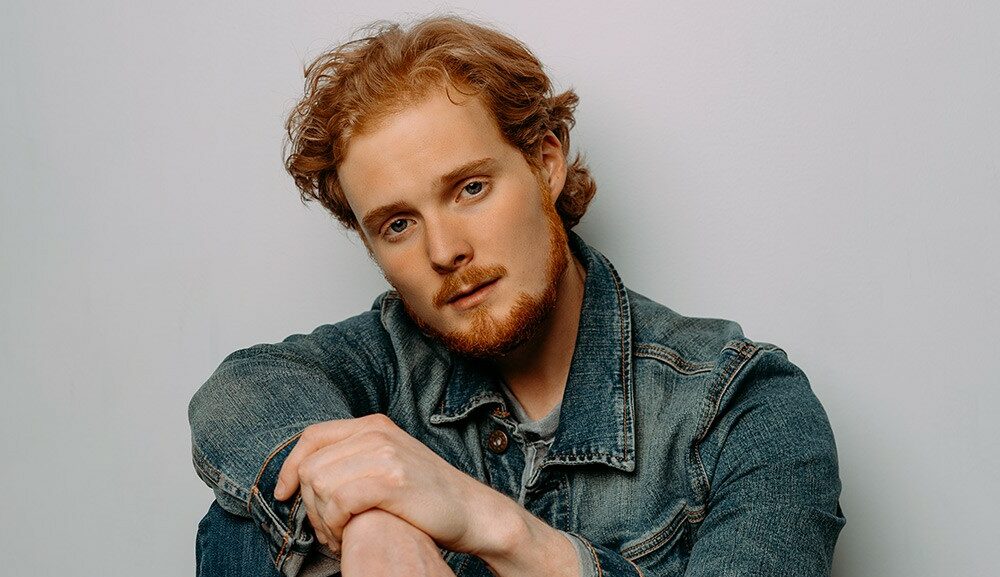 Today we’d like to introduce you to Brooks Huntley.

Hi Brooks , we’d love for you to start by introducing yourself
Hey there! My name is Brooks Huntley. I am a country music songwriter, guitar player and singer originally from Austin, Texas. Starting out in Austin, I was able to learn a lot about the blues and rock guitar greats from Stevie Ray Vaughan and Eric Johnson all the way to Gary Clark Jr. Growing up exposed to great players of that caliber on top of the video game Guitar Hero hitting its peak popularity around the time I was in middle school, I caught the guitar bug early and never really looked back.

I spent my entire childhood dedicated to learning the guitar inside and out before eventually discovering John Mayer, who in my opinion has done a better job than pretty much anybody of his generation at marrying great guitar playing with great songwriting. It was a pretty pivotal moment for me as I discovered that great instrumentalists could be great songwriters too. John Mayer lead me to Joe Walsh of the Eagles, Eric Clapton, Brad Paisley, Keith Urban, and a handful of other great guitar players that could also write great songs.

Music lead me to a lot of places throughout my childhood, ultimately landing me at Berklee College of Music in 2017 where I spent a couple of semesters honing my craft a little more before ultimately finding the courage to do what I probably always knew I would end up doing – move to Nashville. It’s been almost four years since I made that move, and every single minute of making Music City my home and workplace has been a whirlwind.

Would you say it’s been a smooth road, and if not what are some of the biggest challenges you’ve faced along the way?
As a kid with a dream of playing music, pretty much every adult around you is going to be supportive, that is until a certain age. It probably wasn’t until I was about 15 or 16 years old that adults in my life that had been musicians or in bands when they were younger would start ‘lovingly’ telling me that not all dreams work out the way you hope. In my mind, there was no Plan B, and there never was going to be one. So that initial resistance just felt like people who had given up trying to ease me into doing the same.

When I was 16, I ended up on a TV show on ABC called ‘Rising Star’. It was a short-lived show but a pretty crazy experience for a kid as young as I was. Ultimately, the show didn’t go well for me, as I was voted off in the first round on live television in what felt like an unbearable embarrassment at the time. I spent the next four years after that show continuing with music, somehow knowing I should, but to be completely honest, I was pretty defeated. I had been rejected on a very public stage and I was too young, too inexperienced to really understand how I could come back from that sort of embarrassment.

Since then, the challenges in music have continued. It’s not an easy business. In fairness, nobody ever told me it would be. Music is a business of constant rejection, steady streams of lies, disappointments, and heartaches. It gets easier over time to start connecting the dots and understanding how little improvements compound into progress over the years, but still, the road to success in music is both subjective and slow.

It’s hard to define what success is in this business, and even harder to be patient enough to see it through. Ultimately though, I wouldn’t change a thing about it. The wins feel so few and far between sometimes, but my God, they are sweet when they come.

Alright, so let’s switch gears a bit and talk business. What should we know about your work?
Music is a lot of things to a lot of people, but one thing that I love about music and country music specifically is the idea that telling a story connects people on a deeper level than just trying to describe a feeling. There’s a reason that human beings have passed stories down for thousands of years and children love bedtime stories; when told well, stories point to the truth, and that’s what I think we’re all starving for.

Life is tough, and to listen to a song that points to a truth you always knew deep down inside but couldn’t find the words to describe – that’s the closest thing to real-life magic that I know of. My specialty is augmenting life for people when they hear stories I tell with my guitar or my lyrics.

The question I’m always asking is, ‘How can I make this feeling more real than real?’

Are there any books, apps, podcasts, or blogs that help you do your best?
There are a few resources I have gone back to over and over again throughout the course of my creative life.

The first is a mini-documentary series on YouTube called “This Will All Make Perfect Sense Someday”. I think it aired on VH1 or something back in the early 2000s. The documentary consists of a collection of camcorder films John Mayer took when he was 21-22 years old recording his first album, going on his first tour, and ultimately bleeds into him becoming an overnight success. Watching a baby-faced John Mayer try and figure himself out on camera, knowing the musical legacy he would eventually leave on so many people, including myself is priceless. I go back to that documentary every time I need to remember why I do what I do.

Another piece of inspiration for me that I go back to all the time is a book called ‘Atomic Habits’ by James Clear. I have probably read/listened to that book 5 or 6 times over the last two years. Music is magic, but music is also a discipline, especially songwriting. James Clear does a better job getting to the heart of hard work and dedication in that book than any other author or thinker I’ve ever read or listened to.

What I take away from that book is that consistency wins over talent, connections, or any other advantage every time. I even got the word ‘consistency’ tattooed on my arm after reading that book for the first time. The greatest songwriters write every day, and 9 times out of 10, they aren’t even inspired when they write their best stuff. Never stop showing up to the party. 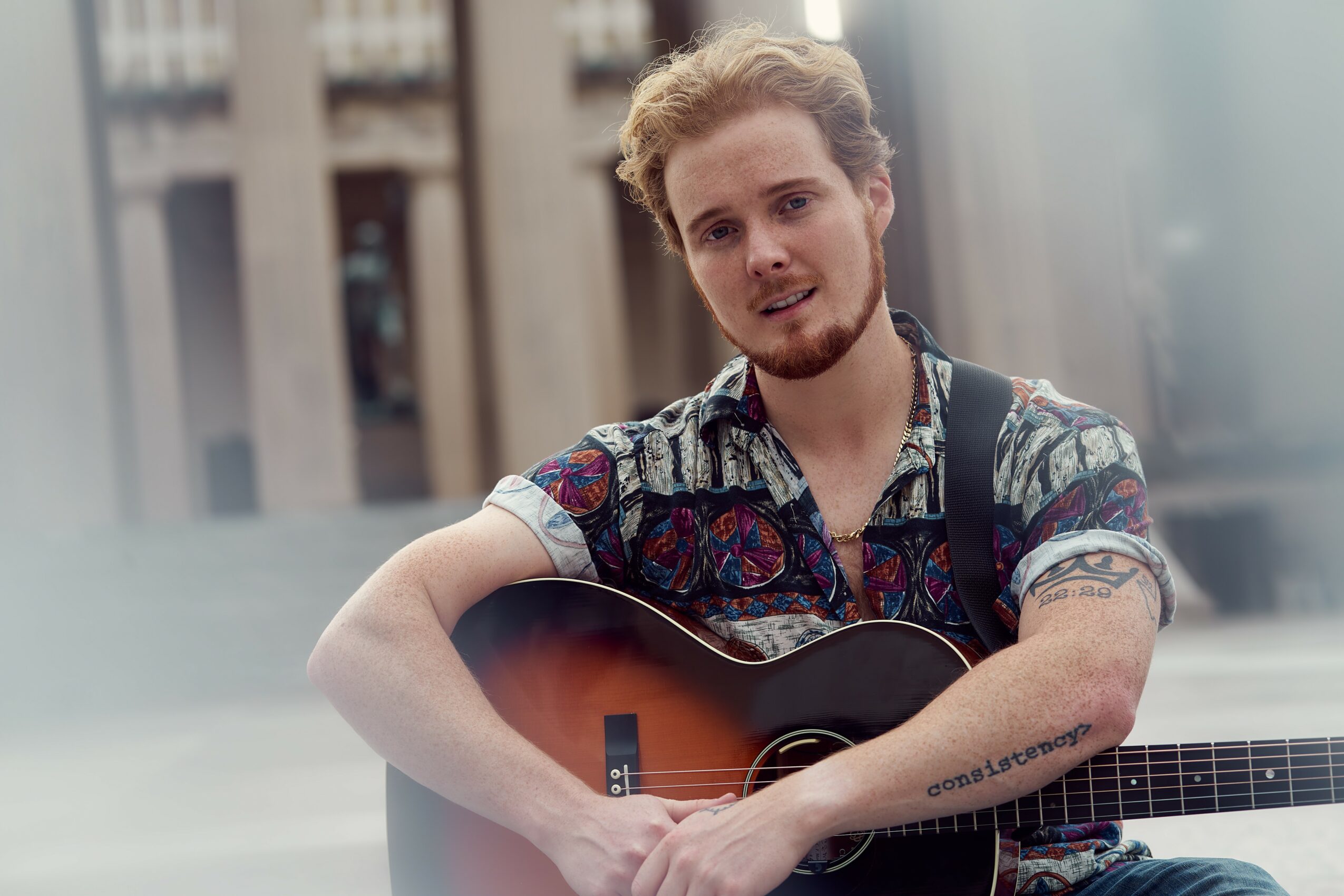 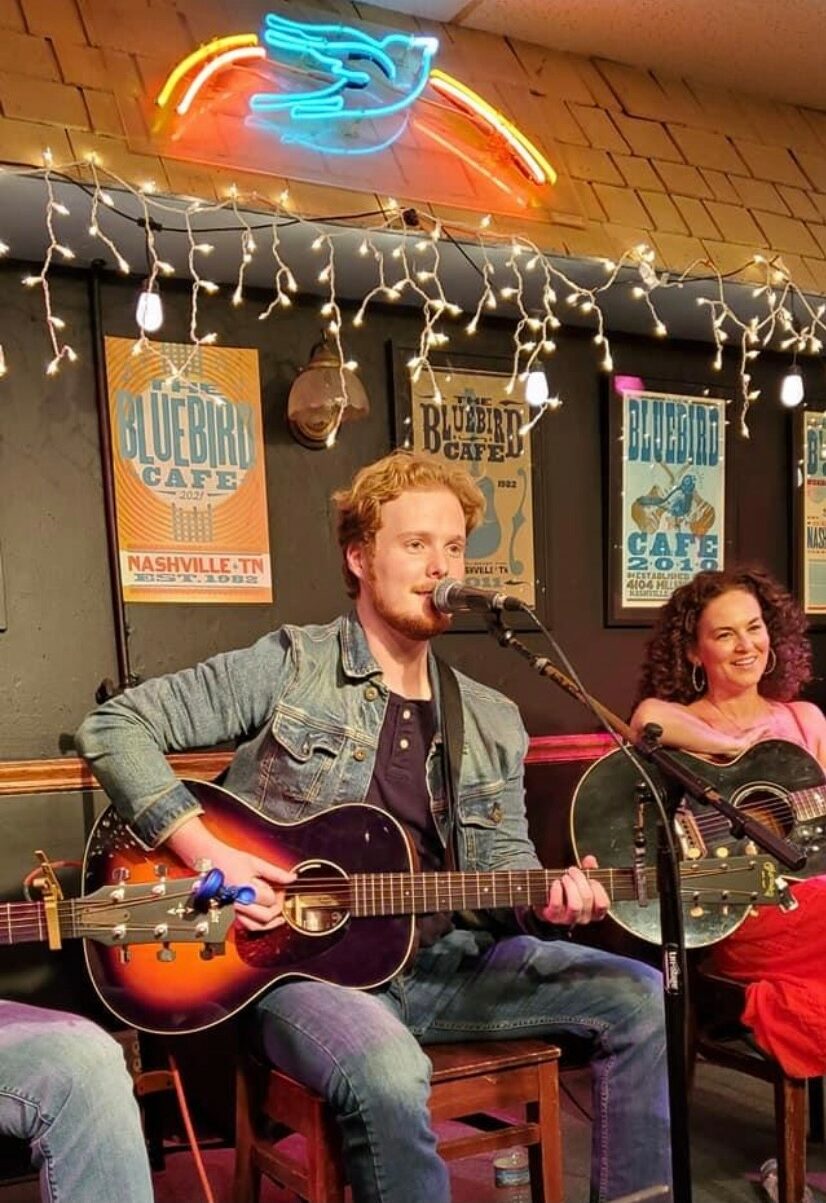 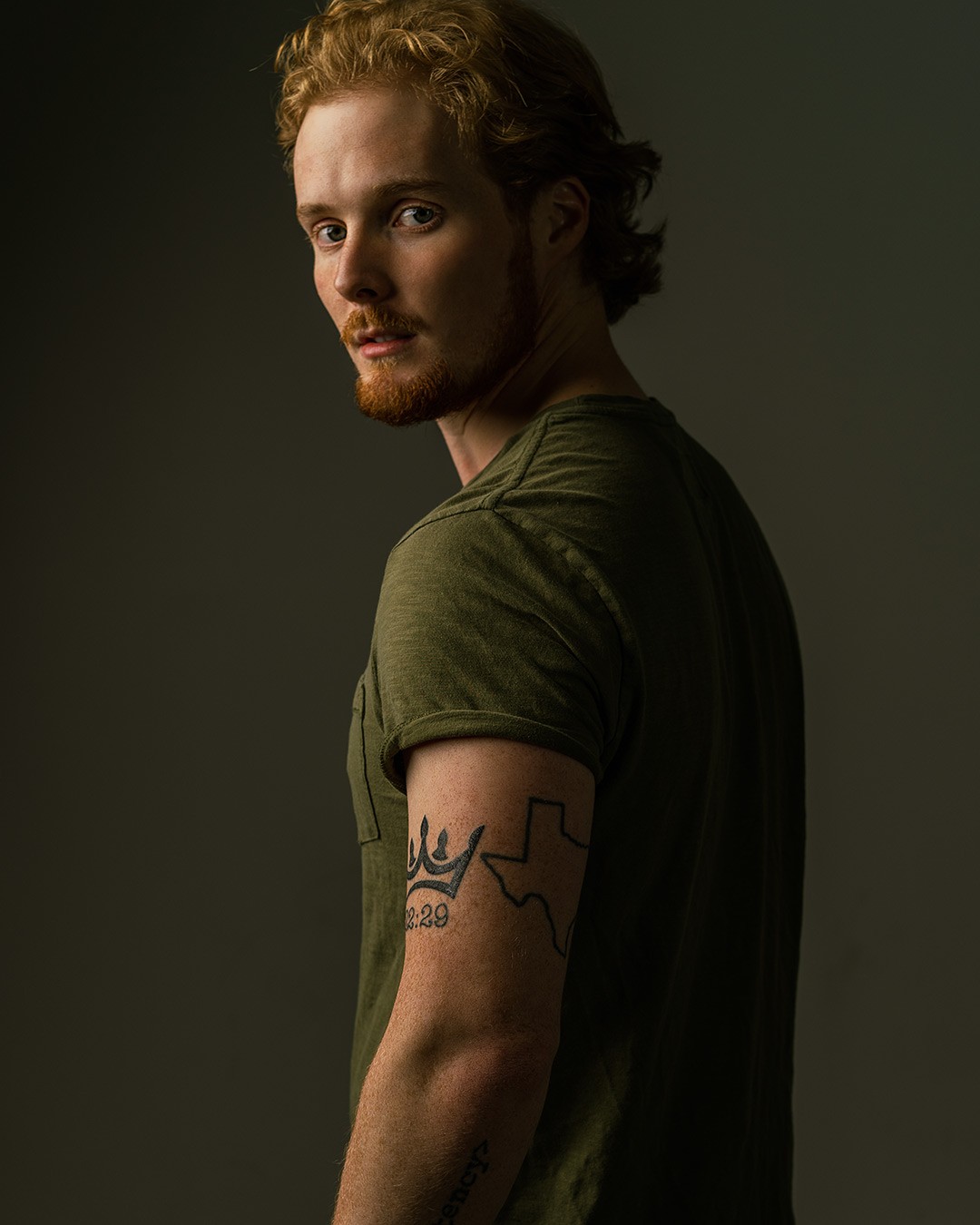 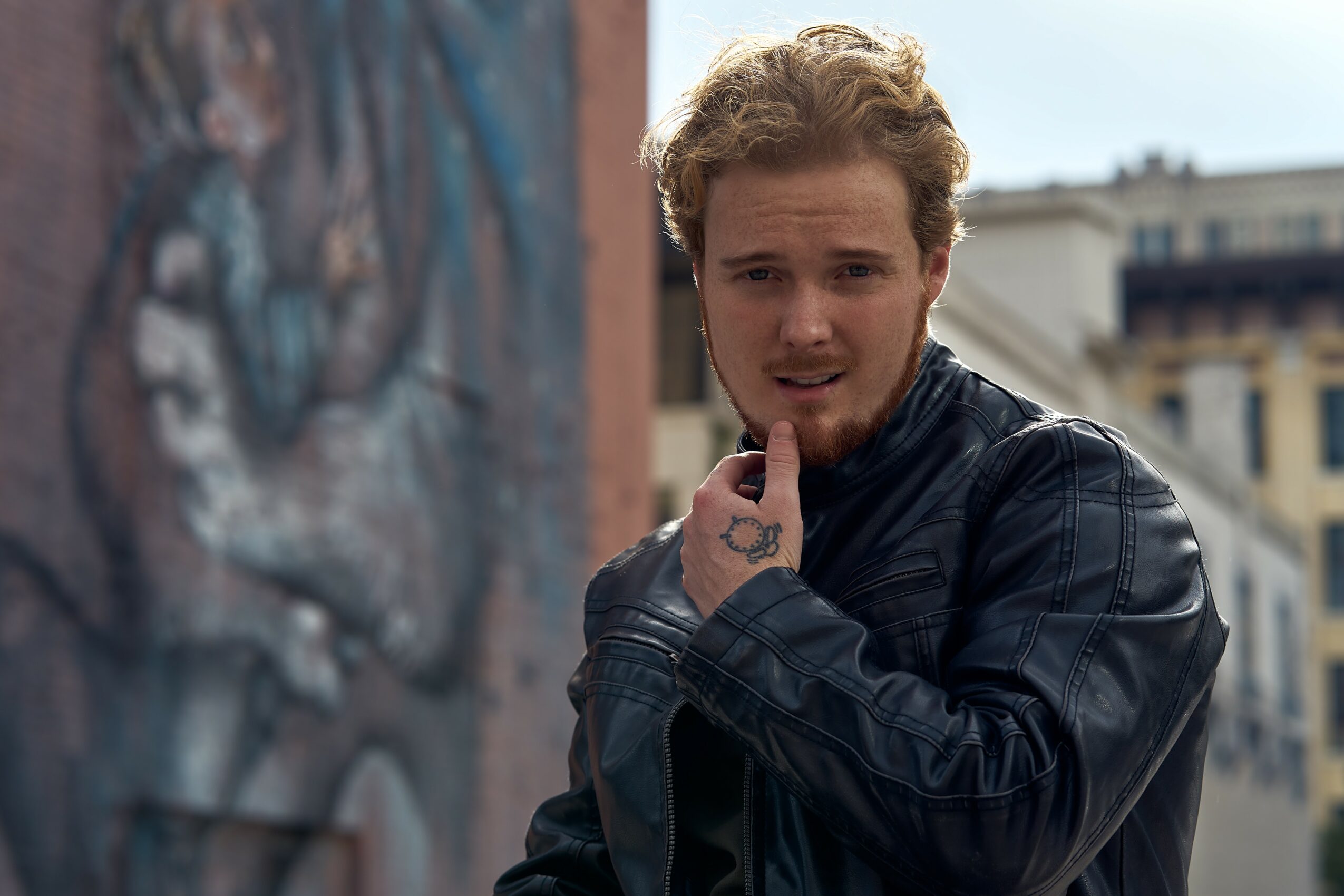 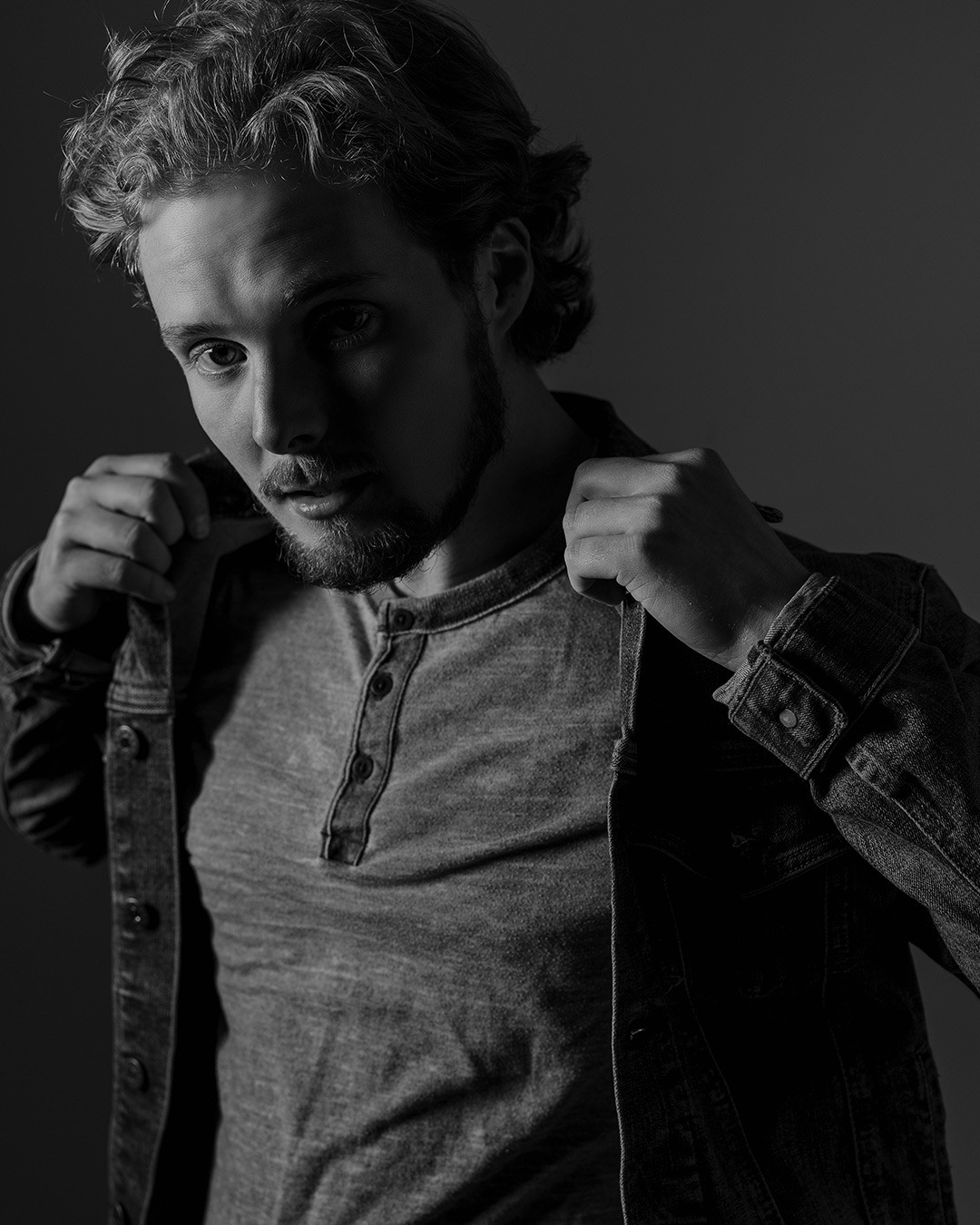 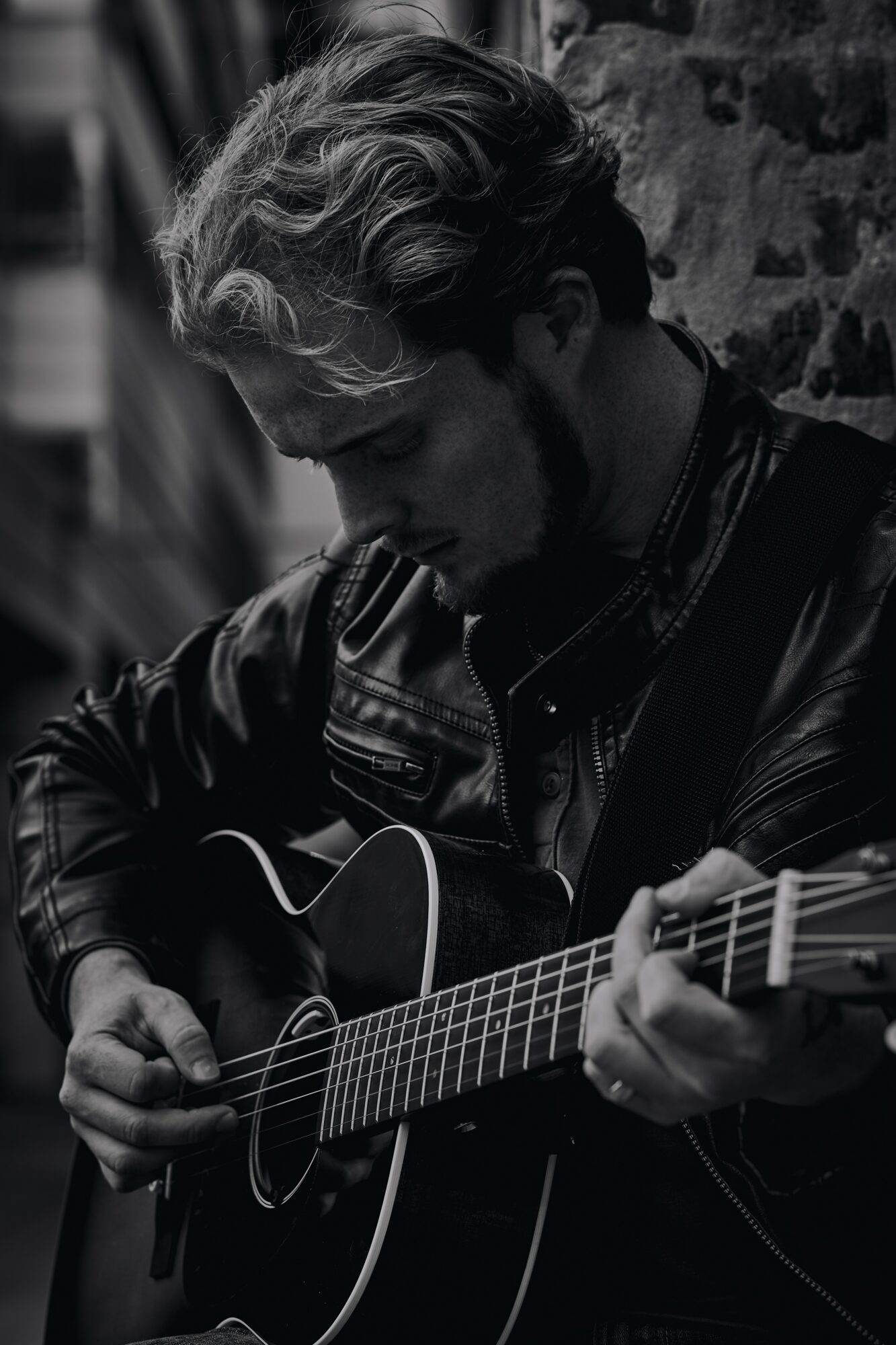