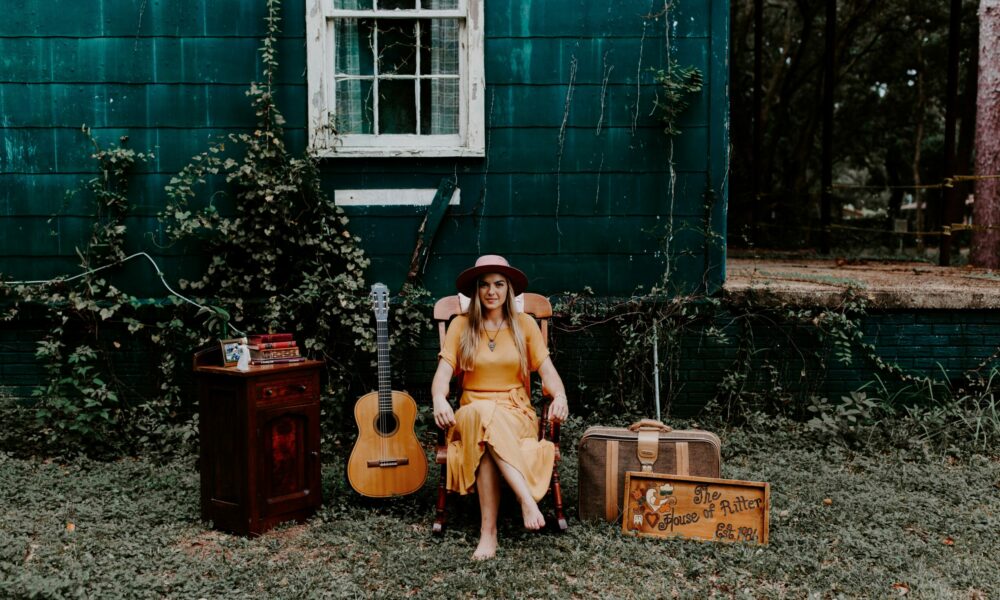 Today we’d like to introduce you to Jessie Ritter. Them and their team share their story with us below:

Based in Nashville, Tennessee, and Northwest Florida, singer/songwriter Jessie Ritter plays a heartfelt brand of country-pop with a breezy, romantic feel and plenty of charm. While studying music at Belmont University in Nashville, she released her EP Stories Told. Ritter then cut her teeth on the cruise ship circuit, releasing her debut album, Coffee Every Morning in 2018. After winning NashFM 105.5’s regional Nash Next competition, she represented the Florida Panhandle in the finals, beating out over 800 contestants to be named the 2018 Nash Next winner.

She gained national recognition and a record deal with Big Machine (home to heavy-hitters like Taylor Swift and Florida Georgia Line) making her label debut in May 2019 with the single “Nothing But You.” She then swept the 2019 Northwest Florida Beachcomber awards taking home eight titles including Musician of the Year, Album of the Year, Best Original Song, Best Country Artist, Best Singer/Songwriter, Best Solo Artist, Best New Artist, and Best Female Vocalist. Opening slots for Eli Young Band, Hunter Hayes, Easton Corbin, and Runaway June followed, as well as featured performances alongside hitmakers at songwriter festivals across the southern United States.
Touring heavily through the Midwest and Gulf Coast regions, Ritter released her soul-stirring single “Home” in November of 2020.

The tune received accolades as a semi-finalist in the Unsigned Only music competition. The corresponding music video was featured on CMT in the United States and Australia. “Home” reached #1 on TCN Country’s Top 20 Countdown on The Country Network, logging seventeen weeks on that chart, and many more in their Discovery Artist rotation. Beach vibes from her single “The Sand and The Sea” followed, paying tribute to Jessie’s newfound love of life on the Florida Panhandle.

A native of Cape Girardeau, Missouri, Ritter grew up on her family farm listening to country radio and absorbing the sounds of artists like Lee Ann Womack, Shania Twain, and Miranda Lambert. She is continually inspired by her favorite writers/performers: Lori McKenna, Natalie Hemby, and Cam.

Alright, so let’s dig a little deeper into the story – has it been an easy path overall and if not, what were the challenges you’ve had to overcome?
I got my first record deal after winning the Nash Next competition in 2018. I thought that might be the moment my life changed. Getting signed to Taylor Swift’s record label was a dream come true. I released one song through the label that year and after that deal played out I was released from my contract. Lots of doors opened. And one giant door shut again.

At the time, I was really sad, but now I realize the whole experience was just a stepping stone leading me where I’m meant to go next, and I wouldn’t be here without that experience.

Alright, so let’s switch gears a bit and talk business. What should we know about your work?
The songs I grew up on told stories that painted a picture so vividly in my head. I try to do that with my music, instantly placing you in a scene that for three minutes takes you on an adventure. I want to glorify the simple things in life, highlighting the beauty of ordinary moments.

And showing that the journey of having a family, falling in love and making it stick, and creating a home together is something to be celebrated.

Any big plans?
I have so much new music to release in 2022! Culminating in my second full-length album. These are the best songs I’ve ever released. Making this record has been a dream come true. I worked with one of my best friends to produce this, wrote the songs with monster writers in music city, and had the A team come into the studio to record.

As you hear the songs from this project you will get to know me a lot better.