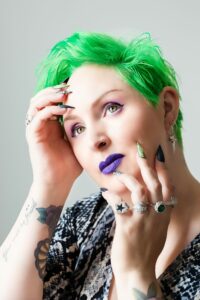 Today we’d like to introduce you to Rachel Walker Mason.

Hi Rachel, we’re thrilled to have a chance to learn your story today. So, before we get into specifics, maybe you can briefly walk us through how you got to where you are today?
I was born in London, UK, and developed a love of music early in life. My parents often tell stories of me singing entire pop songs by the age of 15 months and performing them in front of family and friends.

My family then moved to the South West of the UK, near Bristol when I was 3 and I began writing my own songs the following year.

Ever since I can remember, I’ve been able to see colors when I listen to music or compose a song. I can also taste steak when a songwritng session is going really well. I’ve since learned that this condition is called synaesthesia and is fairly rare.

I always felt my happiest and most fulfilled when I was singing or writing music so it felt natural to make it my career path. I’ve never wanted to do anything else as a job and am very lucky that I get to live my dream in this way. I then studied music all the way through school and university, gaining a degree in Music and a Masters in Songwriting.

Since then, I’ve been writing with artists all over the world in many different genres from pop and dance to jazz and country. I spend a lot of my time writing with some of the amazing musicians you have here in Nashville including Leslie Satcher, Kenny Foster, Kirstie Kraus, Jenn Bostic and Grammy nominee Rissi Palmer.

In the past few years I’ve had some amazing opportunities which have led to me being the recipient of a prestigious British Citizen Award for contribution to the arts and being named “a songwriting expert” by BBC Radio Four’s Today Programme.

I love to give back to the music community so am lucky to have been chosen as a mentor for the prestigious Ivor Novello Academy and am a featured artist for Columbia University’s Songcraft Anthology.
I was named a Woman Of The Year 2020, was the only British musician to be inducted into the Indie Music Hall Of Fame, and was hailed “an inspiration” by Prince Harry.

Last year, I was surprised to become the youngest person to be made a Fellow of the London College of Music by Professional Achievement. I also teach singing and and am one of the British representatives for the World Choir Council.

My other work includes being songwriting, choral, and a Capella judge for contests across the world including NTA-nominated Sing: Ultimate A Cappella on Sky One, the UK Songwriting Contest, the World Choir Games, Talent Is Timeless, the Intercontinental Music Awards, Showchoir Canada, the Hong Kong and Macau A Cappella awards and The Irish Showchoir Championships.

Alright, so let’s dig a little deeper into the story – has it been an easy path overall, and if not, what were the challenges you’ve had to overcome?
As a woman in the music industry, I was repeatedly told that I would not be able to achieve as much as my male counterparts.

Luckily, I’m fairly tenacious and like proving people wrong but I know many extremely talented women who have stopped creating music due to comments like “you’re not pretty enough” “not sexy enough” “too fat” “too old” “too emotional”.

A moment that will stay with me forever is when I was the 2006 BRIT Awards correspondent for BBC Somerset and Scottish singer and songwriter KT Tunstall won the BRIT Award for Best British Female.

She has been told she was “too old” to make it in the music industry so upon winning she held her trophy aloft and shouted, “ladies, disregard your limits.” I think about her wise words anytime I feel those limits closing me in.

Appreciate you sharing that. What else should we know about what you do?
I’m a songwriter for other artists and occasionally for myself. This year I released my first original solo EP in 7 years as it felt the right time to do it. I feel happiest when I’m in a songwriting session with other writers and artists, with ideas flowing and new music being born but it also felt nice to release something of my own this year.

I also mentor artists through Help Musicians and my own artist management company Listen In Colour. My other project is working with those who, like me have had postpartum depression. After my children were born I was really struggling with my mental health and without having songwriting as an outlet I don’t think I’d be here today.

I created Lyrical Light songwriting workshops to help those who are suffering to be able to talk about their experiences in a safe, non judgmental group setting and together create the lyrics for a song which becomes their anthem for wellness.

I am so honoured to work with these brave parents and hopefully help them in their journey to recovery.

Can you talk to us a bit about happiness and what makes you happy?
My husband always tells me not to strive for happiness but to strive for contentment. Hopefully then when we are content in our lives happiness will follow.

I have depression so to me happiness isn’t just nice to have, it’s vital to my wellbeing. Having the job I do makes me very happy, despite the financial side of things not being very reliable!

My husband and children make me happy everyday. I feel so blessed to have them and be able to do my job alongside having a family, which isn’t always easy in this industry particularly for women. 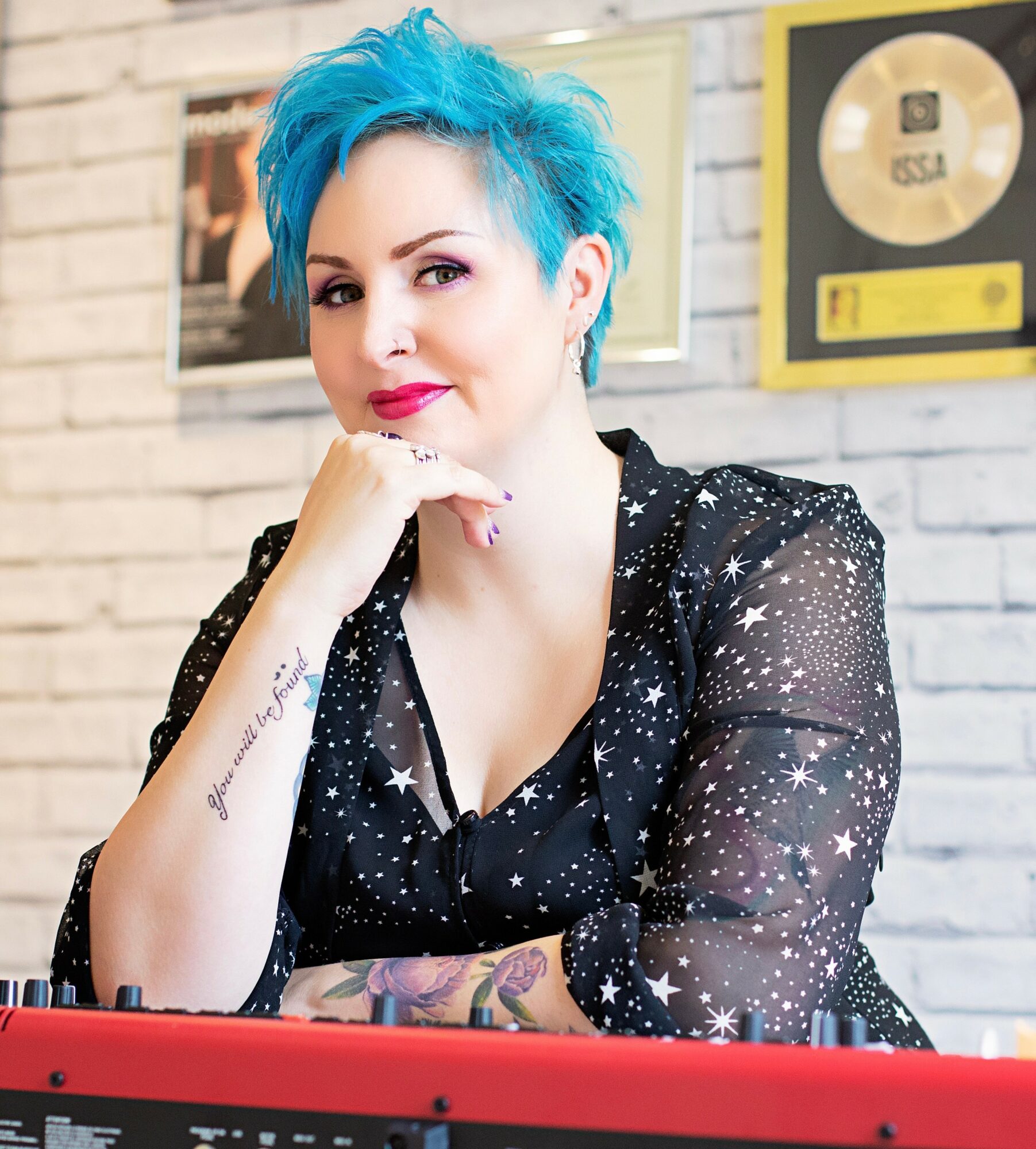 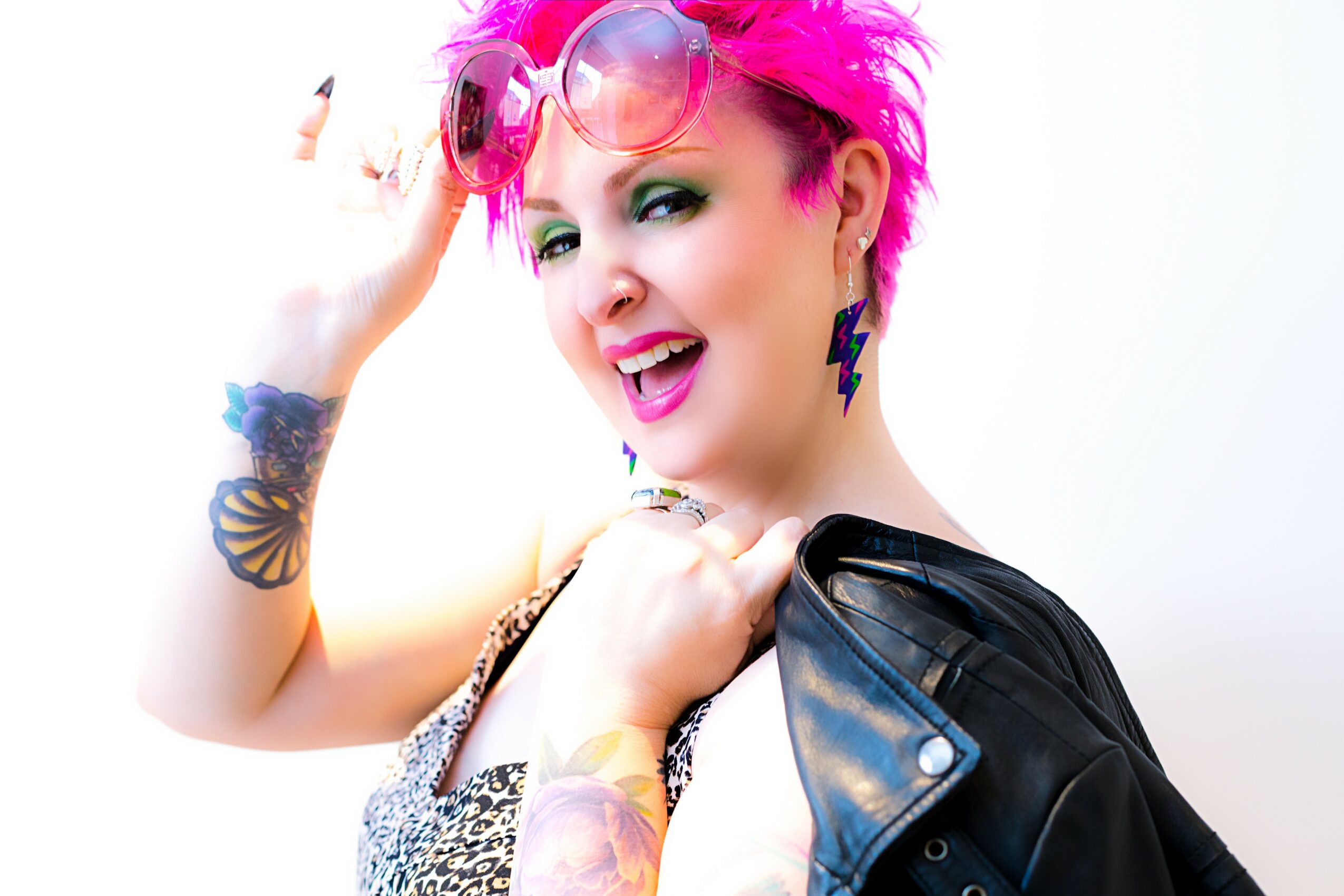 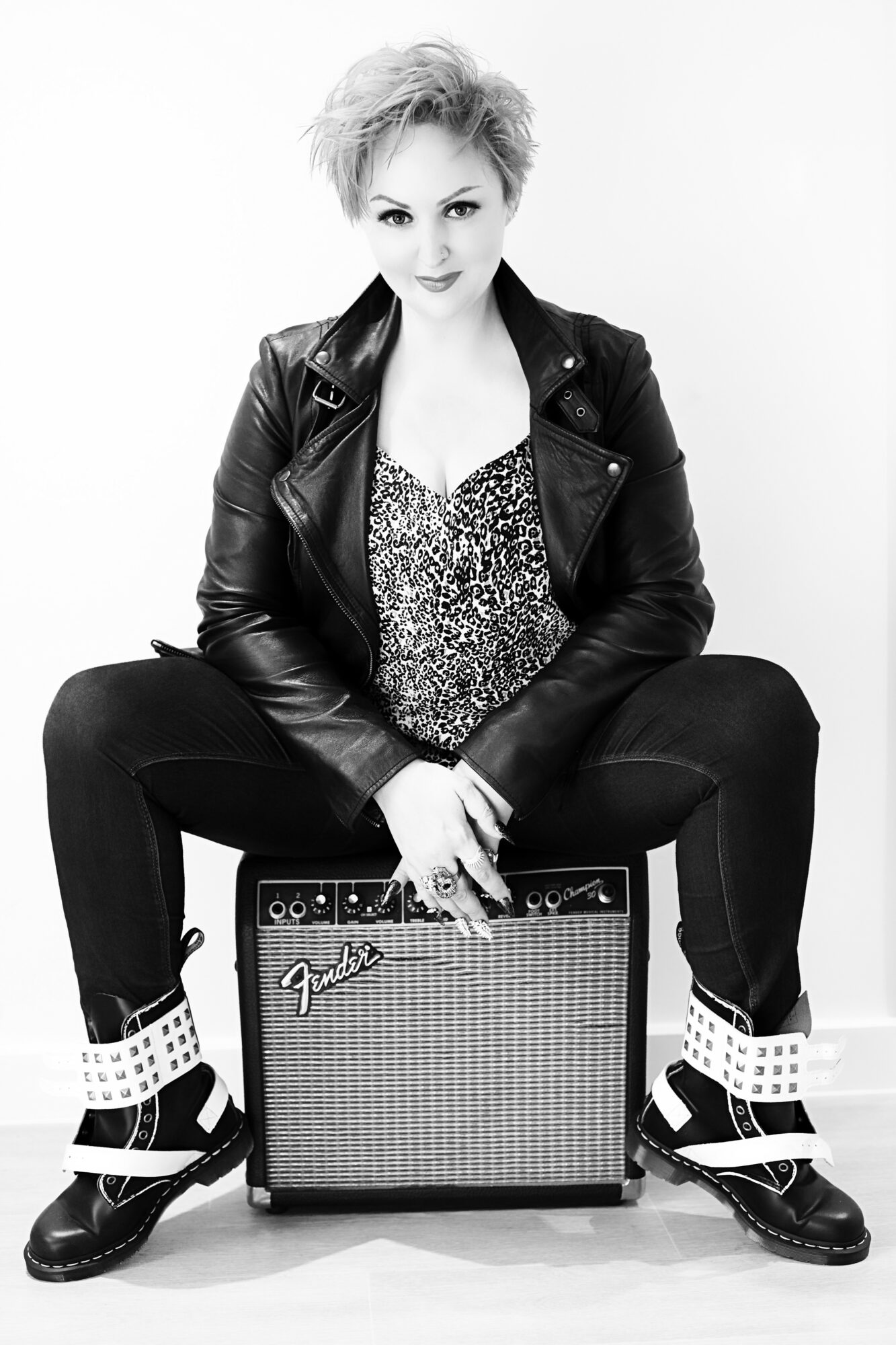 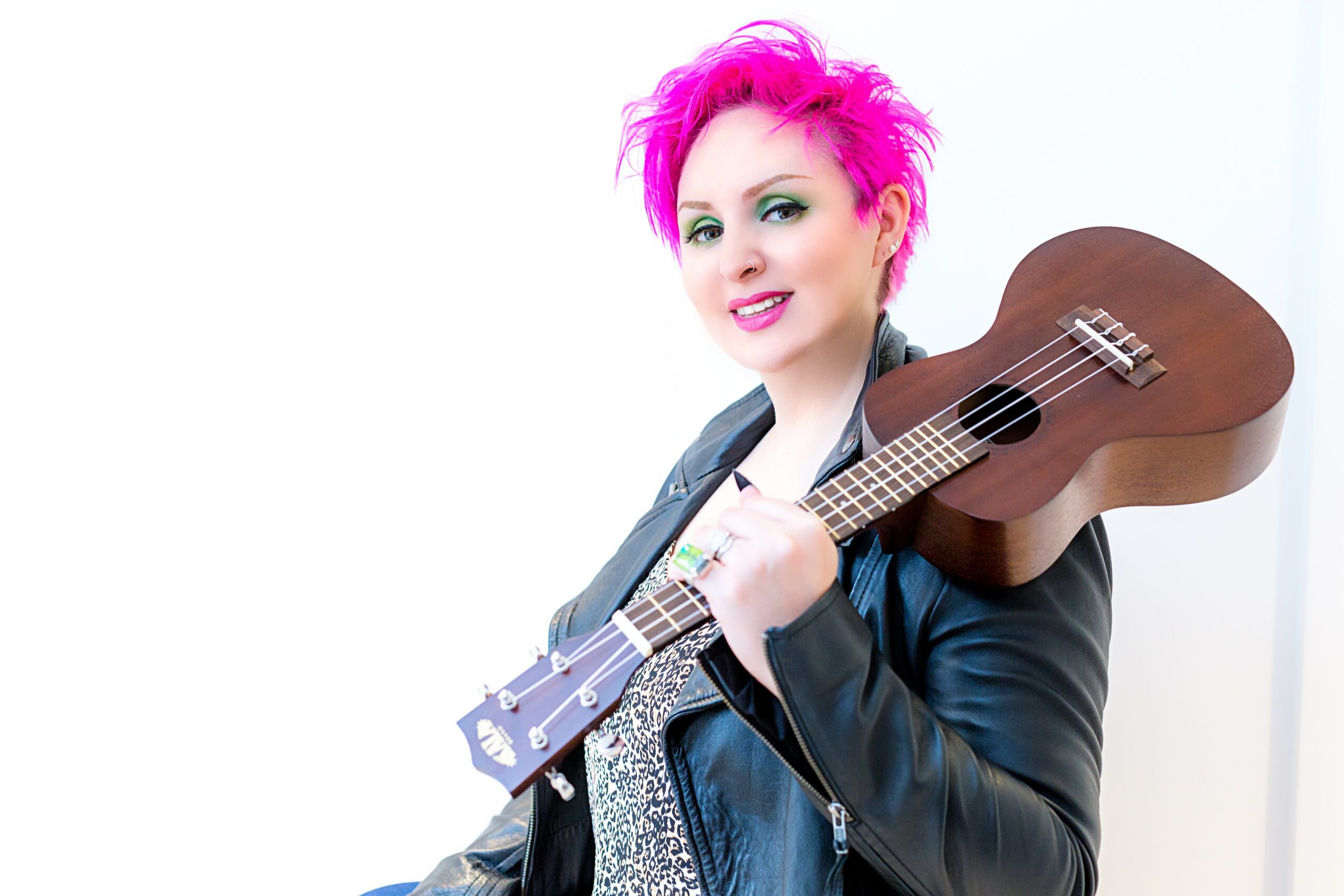 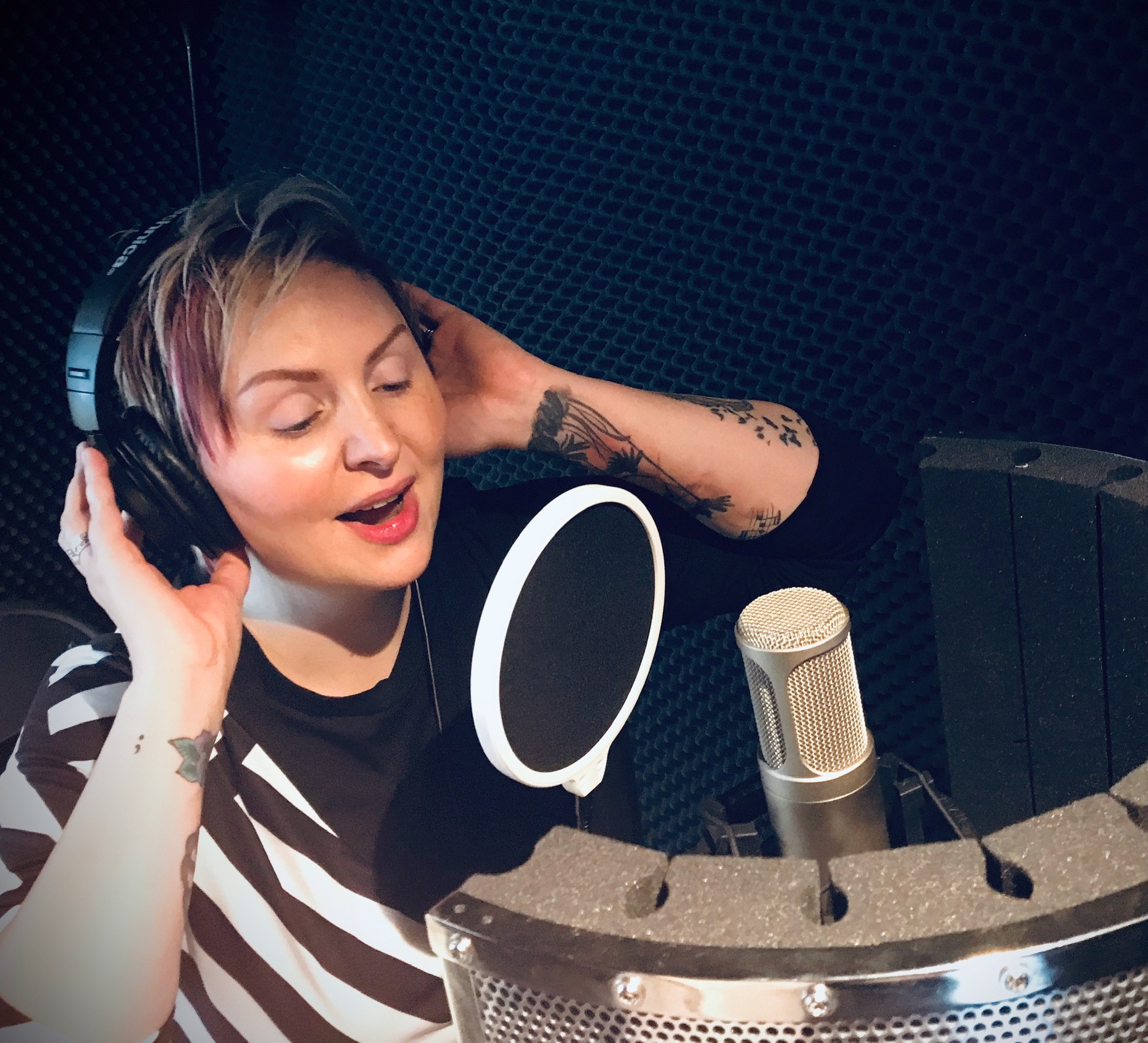