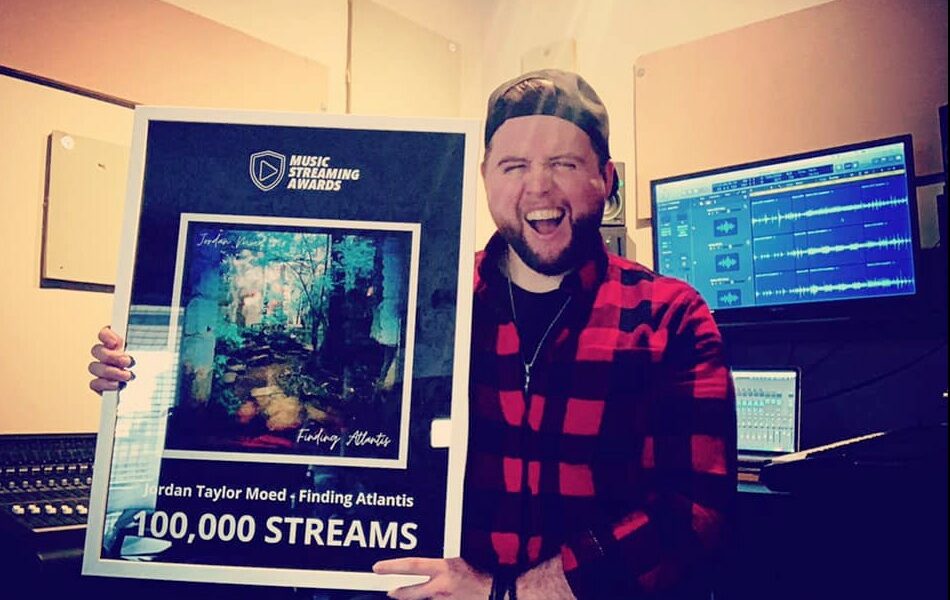 Today we’d like to introduce you to Jordan Moed.

Hi Jordan, can you start by introducing yourself? We’d love to learn more about how you got to where you are today?
Crashline Studios started as an idea, the idea of anything was possible and that two metalheads could start a fully operational music production house in Nashville and have it succeed even in the current climate of the music industry. We began the story of Crashline Studios before me and co-founder Justin Silagyi even moved to Nashville. Justin and I created this idea when we were roommates in Orlando while I was attending school at Full Sail University. During the time, anything we could get our hands on in regards to production we did and we discovered a working chemistry through that. Flash forward a few years, and I decided to make the jump to Nashville first, after nailing my first job as a studio assistant and sound engineer at a studio in North Nashville, the owner offered me a rental room at a cheap rate so while I was working at the studio, I could have my own space to produce. For the next 9 and half months, I had picked up the Crashline Studios name in my own right and started basically offering services to any artist or band that walked into the studio for a session. This opened the opportunity to meet and mingle a lot with the working music class of Nashville. Once I started to make some headway, Justin had mentioned that he had wanted to join me out in Nashville and after a brief stoppage for some touring with my bands, and some brief negotiations, Justin moved into a place with myself and my girlfriend. We decided because we were living in West Nashville, and our studio was in North Nashville, we felt we may be missing out on extra productivity, so this was when we decided to move the studio into our home. That way we could eat, sleep and produce 24/7 without any interruptions. After 6 months of producing Crashline at the home location, Justin decided to step away from the business due to personal reasons, and the future of Crashline Studios was again laid on my back solely. The pandemic heading into 2020 took everyone by storm and believe it or not I was thriving with Crashline, I had signed 2 podcast networks, 2 band full-length albums, production library deals, etc. I was finally starting to make some headway with Crashline Studios. Now Crashline Studios has become a boutique music production house that currently is growing every day and is currently making some big deals with sync licensing opportunists in television and sports, an ever-growing client list of all forms of media productions, and still getting time to enjoy creating some rock n roll along the way. Can’t be successful if you’re not doing what you set out to do am I right?

Alright, so let’s dig a little deeper into the story – has it been an easy path overall and if not, what were the challenges you’ve had to overcome?
Crashline Studios has been a rough road to get it to where it is today. From having a falling out with the co-founder to almost having to close it down permanently, to adjusting productivity during the pandemic, to moving locations several times, it definitely has had its challenges. But having my new partner in this venture Daniel Morin (Suspicious Minds, The Hungry & Dangerous, Mixing Engineer) with me, we have found a new rhythm in productivity that’s made us more efficient in producing more quality content and I feel that will put us above the rest when it comes to Music Production.

Appreciate you sharing that. What else should we know about what you do?
So I first and foremost am a professional musician, songwriter, and composer and have been practicing as a professional in all of those for about a decade. From touring the country and writing and recording all along the way, I have made some amazing memories. I’ve had the amazing opportunities to open for bands and artists such as ACCEPT, Michael Bolton, Faster Pussycat, and Geoff Tate just to name a few. As a professional songwriter, I have been able to work with many bands and other fantastic writers in the past to develop great songs including 2015’s “Hampton Jig” by Suspicious Minds, “Coming Down” by Passionchild, and my own personal “Finding Atlantis”. As a professional composer, I have had my compositions place in numerous music production libraries and some being licensed for podcast shows, amazon prime video releases and the big aim now is for major TV placement.

I started my music production journey when I decided to take a break from rockstar life and attend Full Sail University. I wanted to learn and know everything I could about what makes amazing songs amazing, why do we goosebumps when a guitar hits that right chord? Etc. I would spend the next two and half years, 7 days a week, 12 hour days studying, producing, failing, learning again, producing some more just so know I could answer these questions. I would graduate in December of 2017 with a course director’s award in Music Business.

After graduation besides building Crashline Studios up, I spent the next few years in the music industry as a professional. With some time spent as a sound engineer with some studios and some venues, but most importantly a good amount of time working as a Royalty Analyst at BMI Nashville. What made that job so great was being able to see the music publishing side of things, and being able to learn from where all the action was happening. It was truly an incredible experience. All of this helped me build the principles that Crashline Studios is built on today.

Can you talk to us a bit about the role of luck?
I wouldn’t say I don’t believe in luck, but I feel opportunity will always meet preparedness as long as you stay patient. At the end of the day, we all want to succeed and would love to avoid the bad and hard times at any cost we can, but, life will always find a way to make things more difficult than they have to be. I have been blessed with some great opportunities in my music career so far and have also had my fair share of hard times. It’s all about trudging through the hard times and learning through them, so we can continue to enjoy those good times. I give everything to God and try my best every single day, that’s all we can really do. 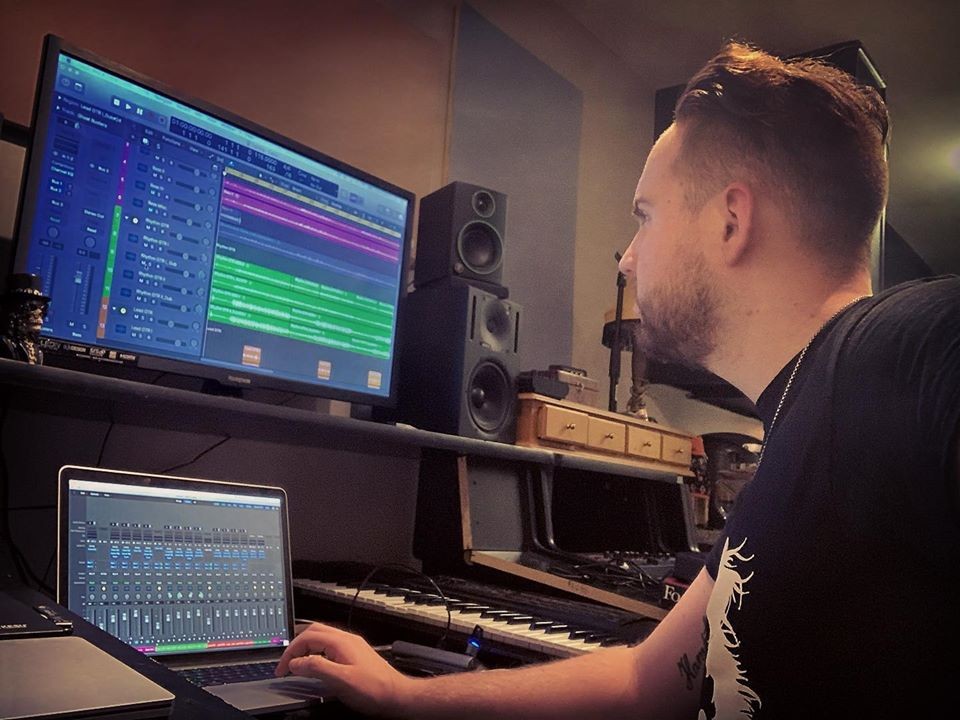 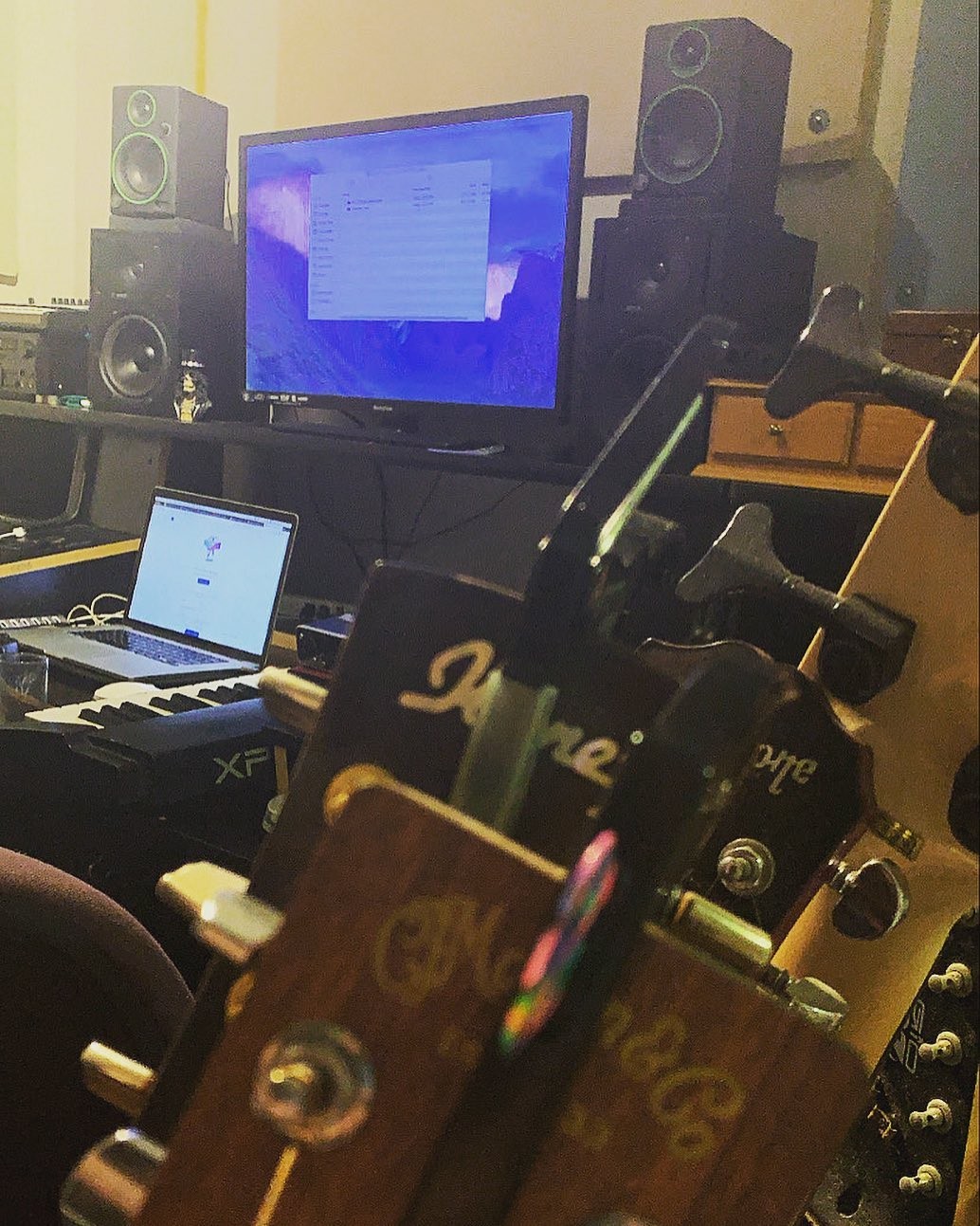 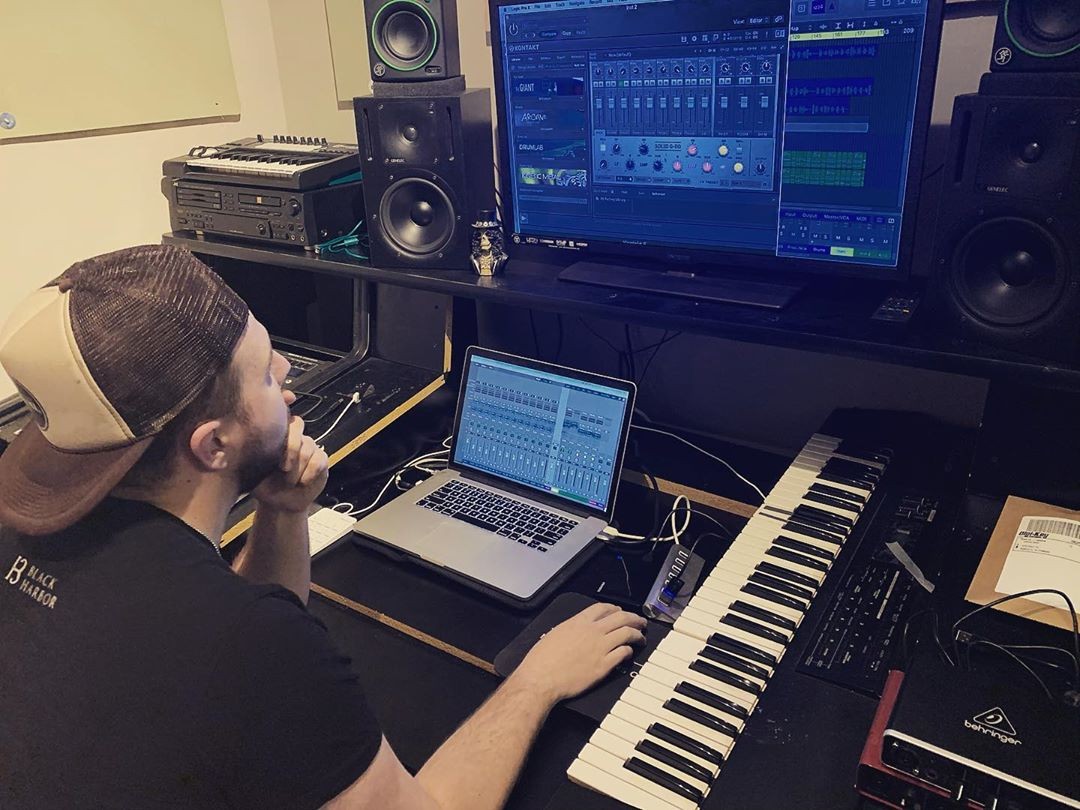 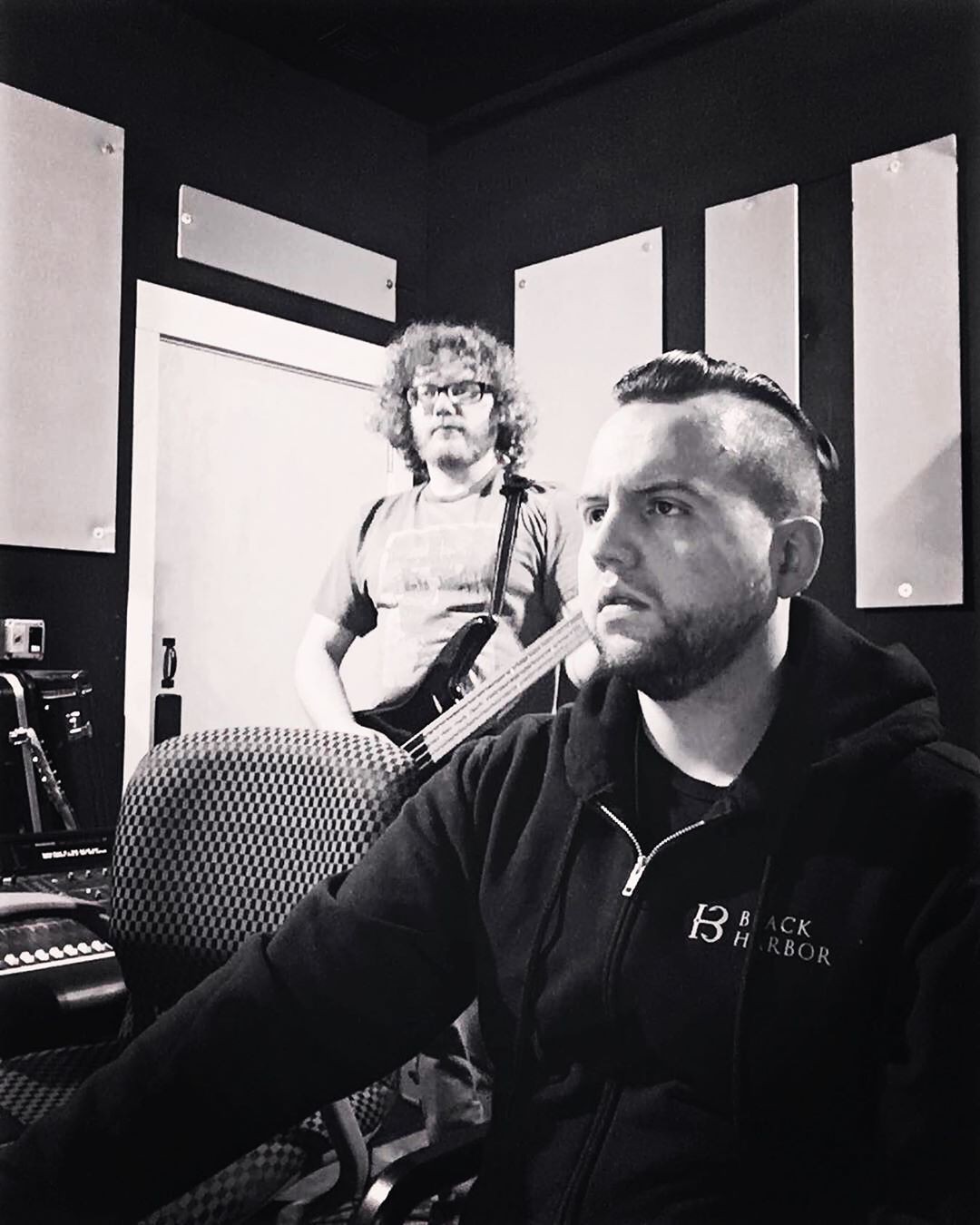 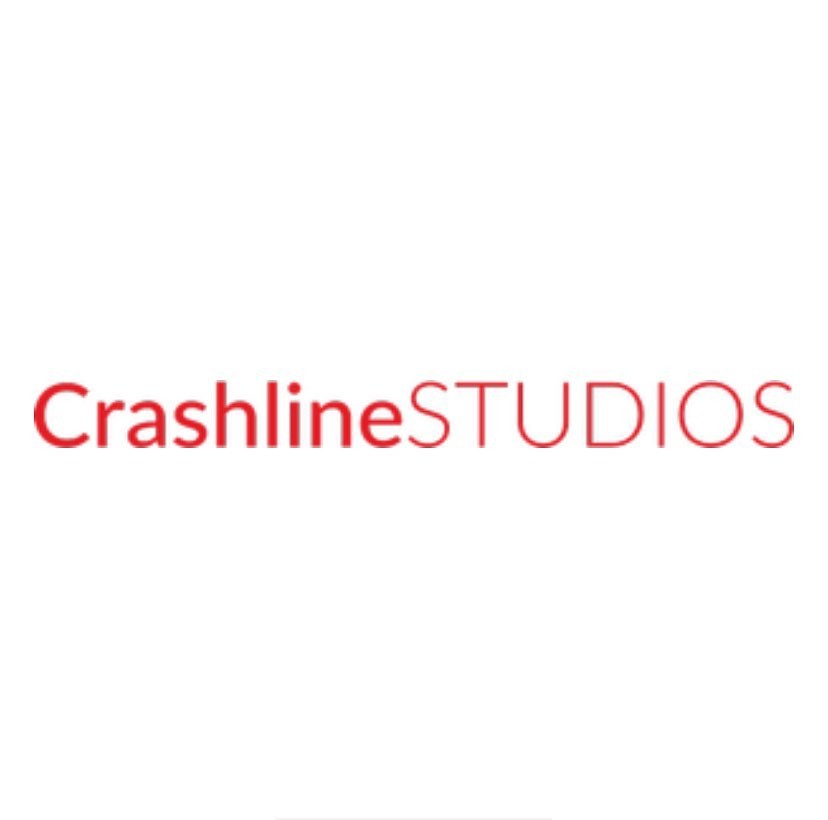 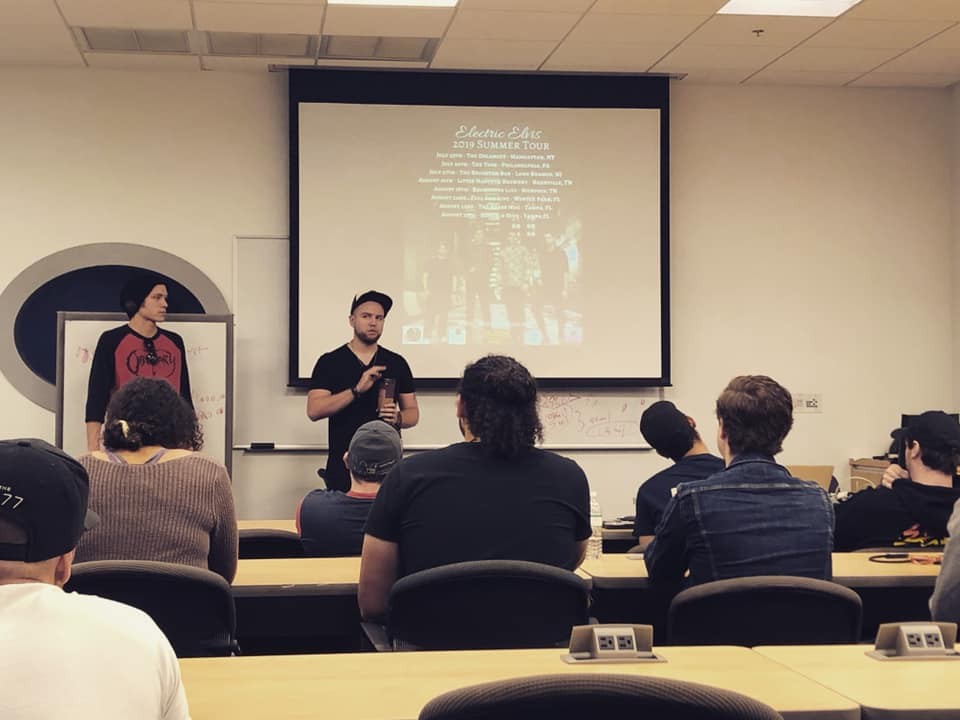 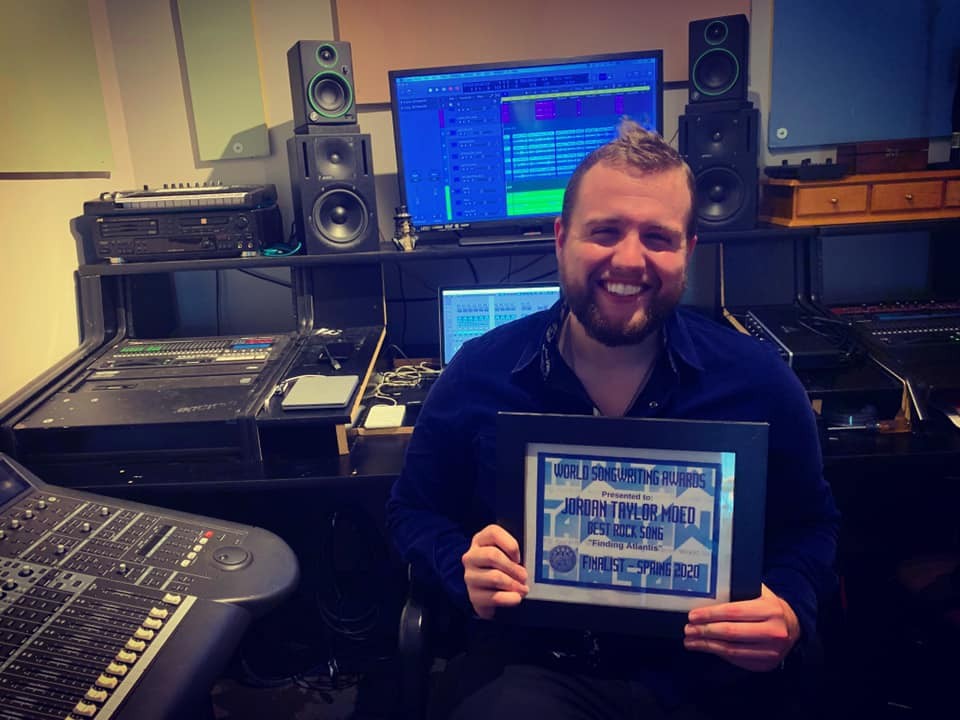 Suggest a Story: NashvilleVoyager is built on recommendations from the community; it’s how we uncover hidden gems, so if you or someone you know deserves recognition please let us know here.