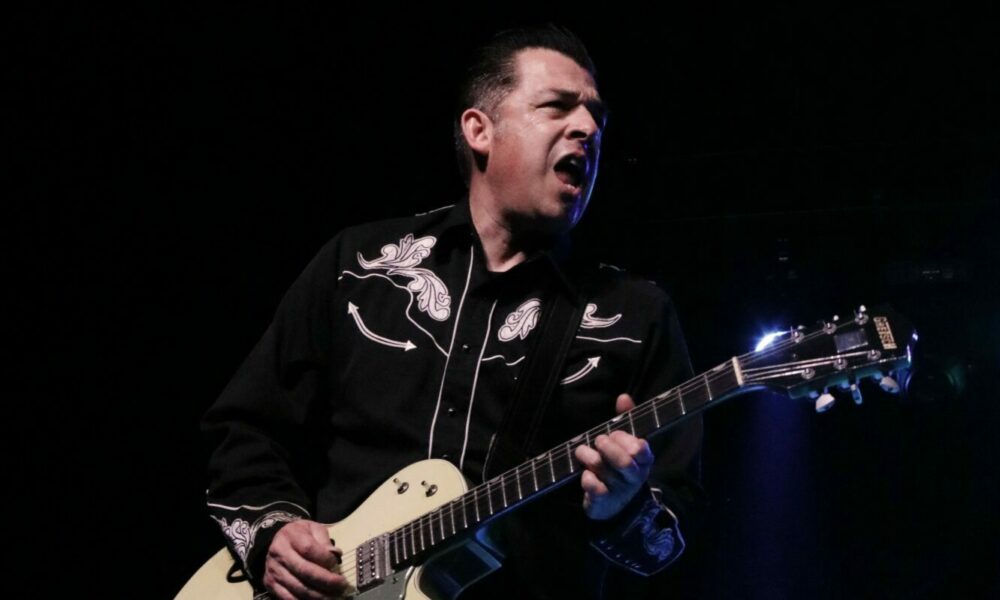 Today we’d like to introduce you to Tony Red-Horse.

Hi Tony, thanks for sharing your story with us. To start, maybe you can tell our readers some of your backstories.
My name is Tony Red-Horse. I’m half Cherokee and half Mexican. I graduated High School in 1984 and went into the US NAVY at 17. At 18, I purchased an Upright Bass and took it worldwide while teaching myself how to play. I played in my first band in 1987, still not knowing how to play my bass fully, but I dove into the deep end and started learning how to sing, play, and write songs. I had many exciting adventures and played with a few bands until 2004 when I formed The Rocketz. I, Tony Macias, and Andrew Martinez are the original members. There was a huge “Psychobilly” explosion around 1999, and we formed in time to catch some of those waves. However, it was apparent that we were not a band that would stay between the lines, and our first album was a mixture of rockabilly, garage, horror punk, and 70s punk. We stood apart from other psychobilly bands, which “thinned the herd” a bit, but the fans and friends who stuck with us, have stuck to this day! Andrew Martinez was approached to join Nekromantix in 2007, and rather than leave The Rocketz, he trained up my Son, Anthony Drinkwater, to take his place while he was touring. My Son became the 4th and somewhat original member, too! The Rocketz with my Son toured quite a bit when Andrew was with Nekromantix! We finished recording our second album in late 2008, and we were preparing for its release when in Jan of 2009, Andrew was tragically killed in an auto accident. Andrew was loved by anyone who came into contact with him. This devasted The Rocketz from our core, and the global ripple effect was global. We released the album and toured it with my Son after a period of mourning because fans wanted to see us, mainly to ask questions, the album was great, but Andrew was greater! Since then, I have had several drummers and bassists up to our current timeline. I am not whole unless I’m touring and touring separates bands. Not everyone is wired to be on the road. I love it! I have extended family and furry friends, and I’m “Uncle Tony” to many children (Some grown now) across the U.S. I can’t find a reason to stop writing, performing, and touring.

Can you talk to us about the challenges and lessons you’ve learned along the way? Would you say it’s been easy or smooth in retrospect?
The Rocketz have had many hurdles. As mentioned previously, there have been several lineups. Touring the US opens up the opportunity for many adventures but also can be grueling and even dangerous. We have had to think fast and solve problems to avoid canceling shows because of blown engines, blown transmissions, tires falling off, and brakes going out. We have driven in snowstorms, rain so heavy you couldn’t see 5 feet in front of you. We hit black ice once, did a double 360, then rolled the van 3 times. That was terrifying! We had two members taken to the Emergency while the rest rented a truck and salvaged what we could. But, we picked up our guys from the hospital, made our way to Salt Lake City, and walked into the show we were supposed to play. We didn’t perform that night, but we went home, borrowed a van and gear, and finished the tour!

Thanks for sharing that. So, maybe next you can tell us a bit more about your work?
At the very foundation, I’m simply a songwriter. I love to tell stories. My music tells stories. I started by writing about campy, Sci-Fi stuff, zombies, vampires, or love songs, primarily “not love, I hate you” songs. As I gain experience and mature, my songwriting changes. I sing more about love and love lost or found and, feel good, have a drink theme. I love Celtic music and have added a dash of Celtic to my writing. That Celtic bit is was separates The Rocketz from other rockabilly bands. Since we still use the upright bass, we will always fall under the rockabilly category, so pulling out several Celtic originals and some notable covers grabs attention. Mostly, I’m proud of our newest album, just released. I feel it’s my best writing. Lovesick & Heartbroke is a very eclectic collection of song genres tied together by a theme of love lost or love found.

Any big plans?
Any musician’s journey does not have a road map; that is my current situation. I have more new songs to finish and record, more cities to tour, Europe, the U.K., and Mexico. Wherever my music takes me is where I will go. 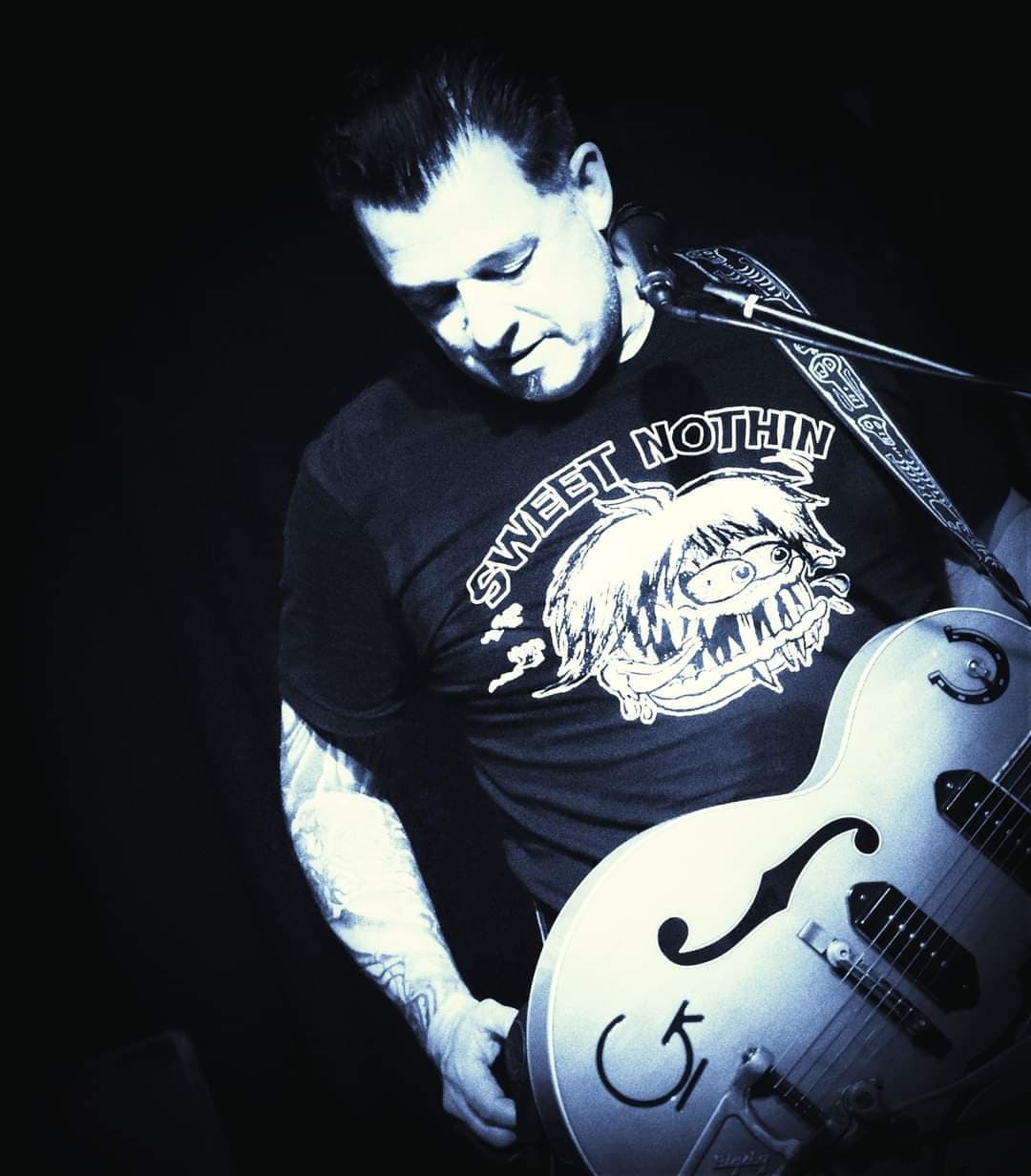 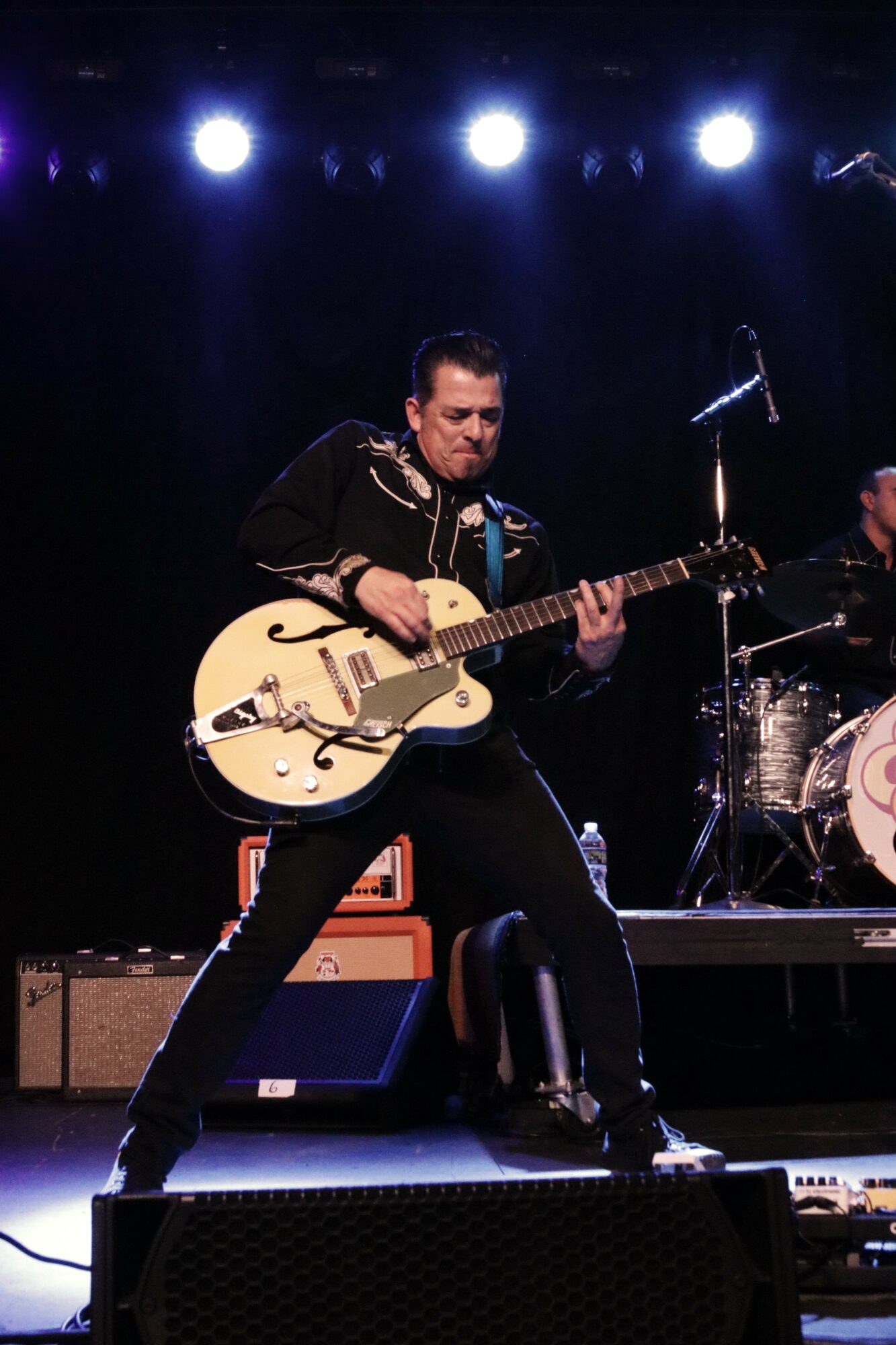 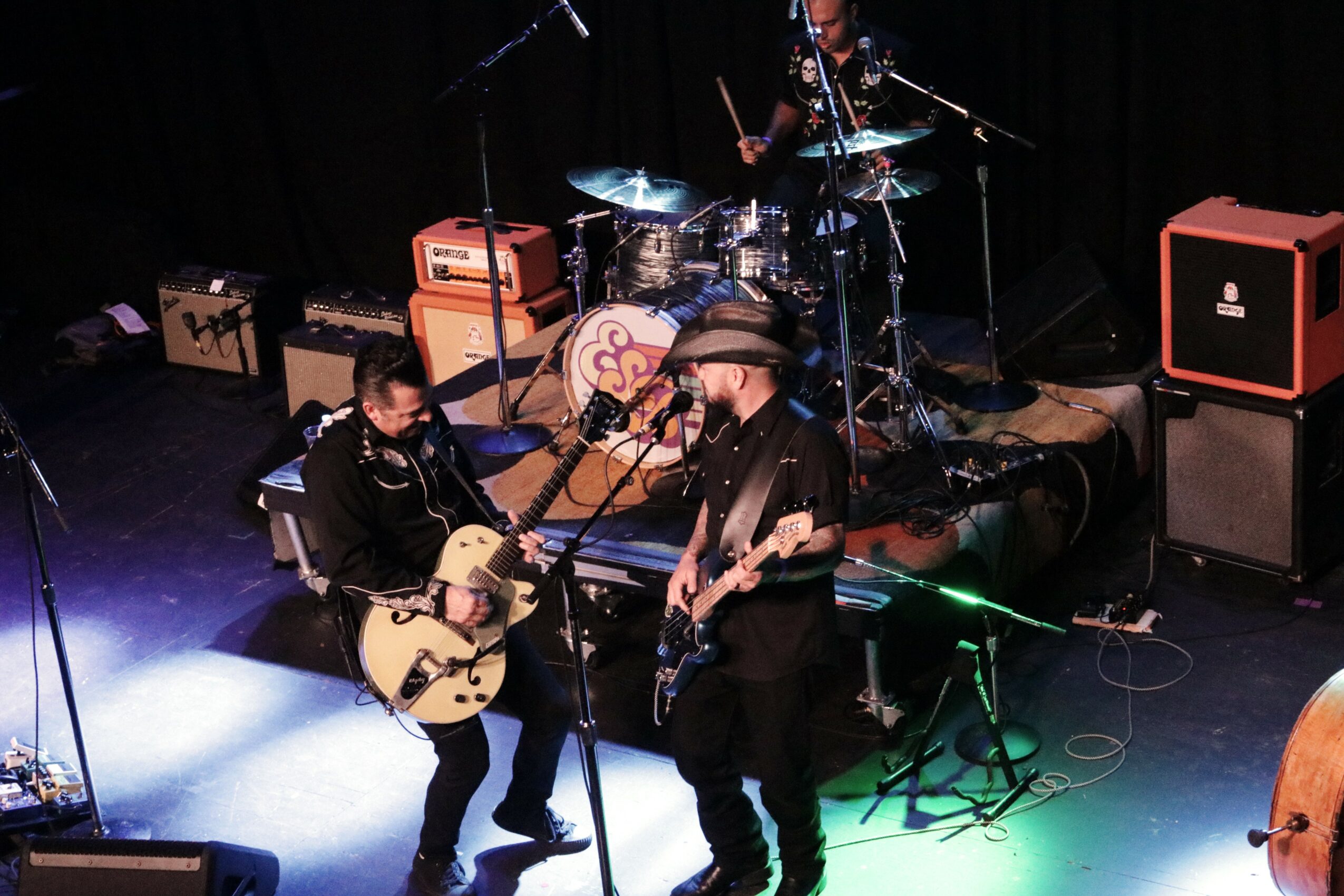